My life flashed before my eyes.
Maybe my wife flashed before my eyes, since Kathy had been dubious about the arrangement from the get-go.
The DoubleTree Resort’s Wellness Ambassador had told me they wouldn’t provide me with a written Covid test result, even if I tested negative. The so-called letter of recovery would do the trick. Except…
When I tried to check in at the Fiji Airways Business Class counter, a young rep, Mr. Sharma, disappeared with my passport and documents for one of the longer 10 minutes of my life.
He returned to tell me I could not be checked in, as it had not been 10 days since I was tested. I politely protested (10 days from the onset of symptoms?) to no avail.
The only option was a negative RAT, the test refused me by the DoubleTree (Mr. Sharma: “That’s bull shit!”).
They directed me not to the other side of the airport as I’d thought, but to the taxi rank. There I was introduced to Tony Mann, an honest driver.
Tony drove me to an ATM, where I withdrew a chunk of Fujian currency. Tony then found the testing place, VanMed  Labs, where I met the lovely young Arveen Chandra. She promptly tested me and declared me negative for $40 Fijian. She sent a confirming email to me and to the airport, although Fiji Airways appeared to have no record of it
Back to the airport where I paid Tony beyond his wildest dreams (he’d suggested Fiji $10 each way).
No, Tony was loyal and I rewarded him accordingly. In the words of Kathy’s late brother Bentley, “We can buy our way out of this.” 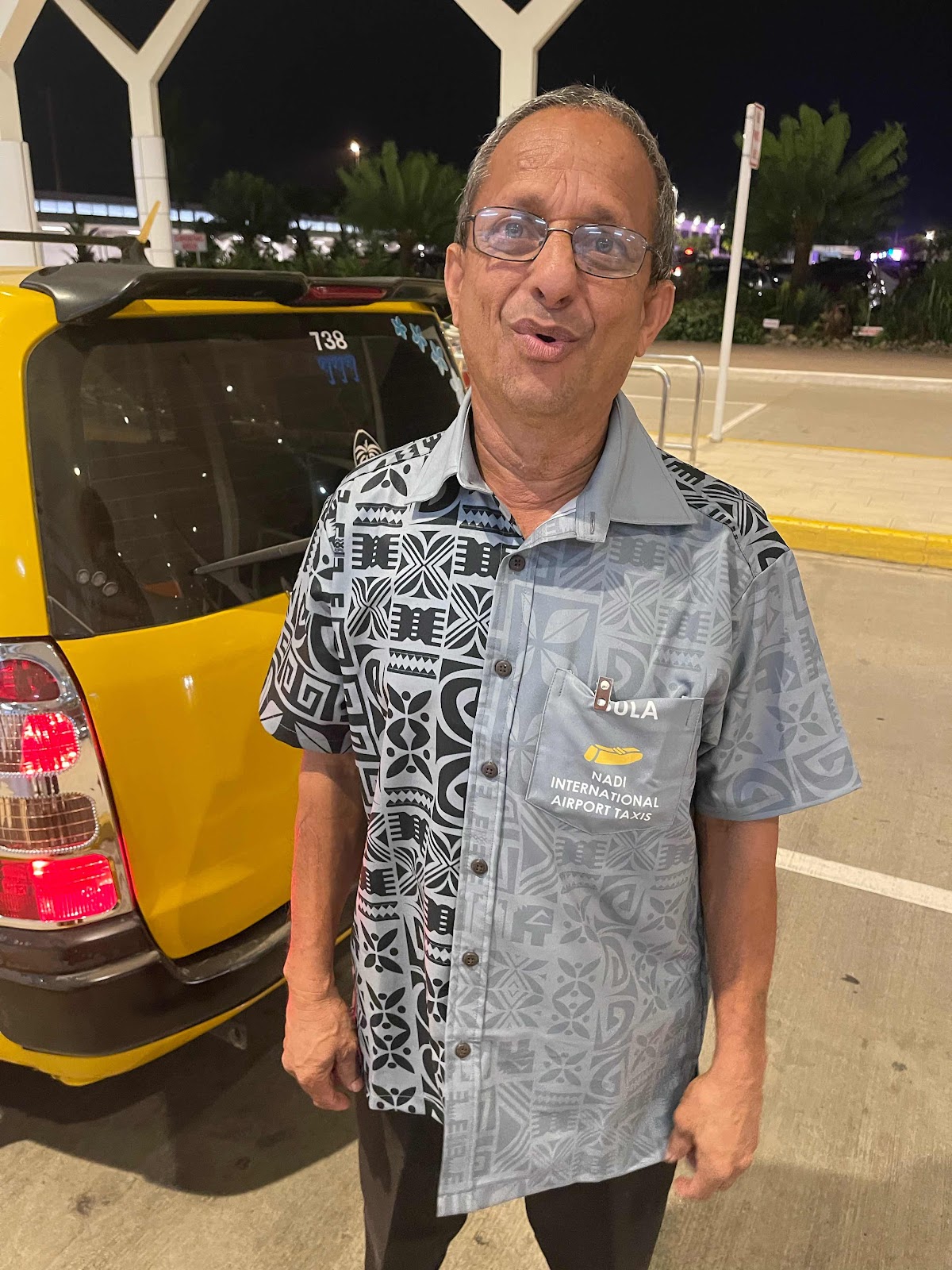 Tony Mann taxi ph. 9757381
I’m all checked in and back in the Fiji Airways Lounge, where I’ve just enjoyed a couple of stiff drinks and some decent Moroccan-style food.
Things appear to be back on track. I will have a discussion with the DoubleTree manager at some point, but not now.
Fiji needs to get its act together, and the current US “protocol”‘is creating big problems for travelers and for businesses.
I was the jam in the sandwich tonight, and I blame them all.
Relaxing finally in the Fiji Lounge.. 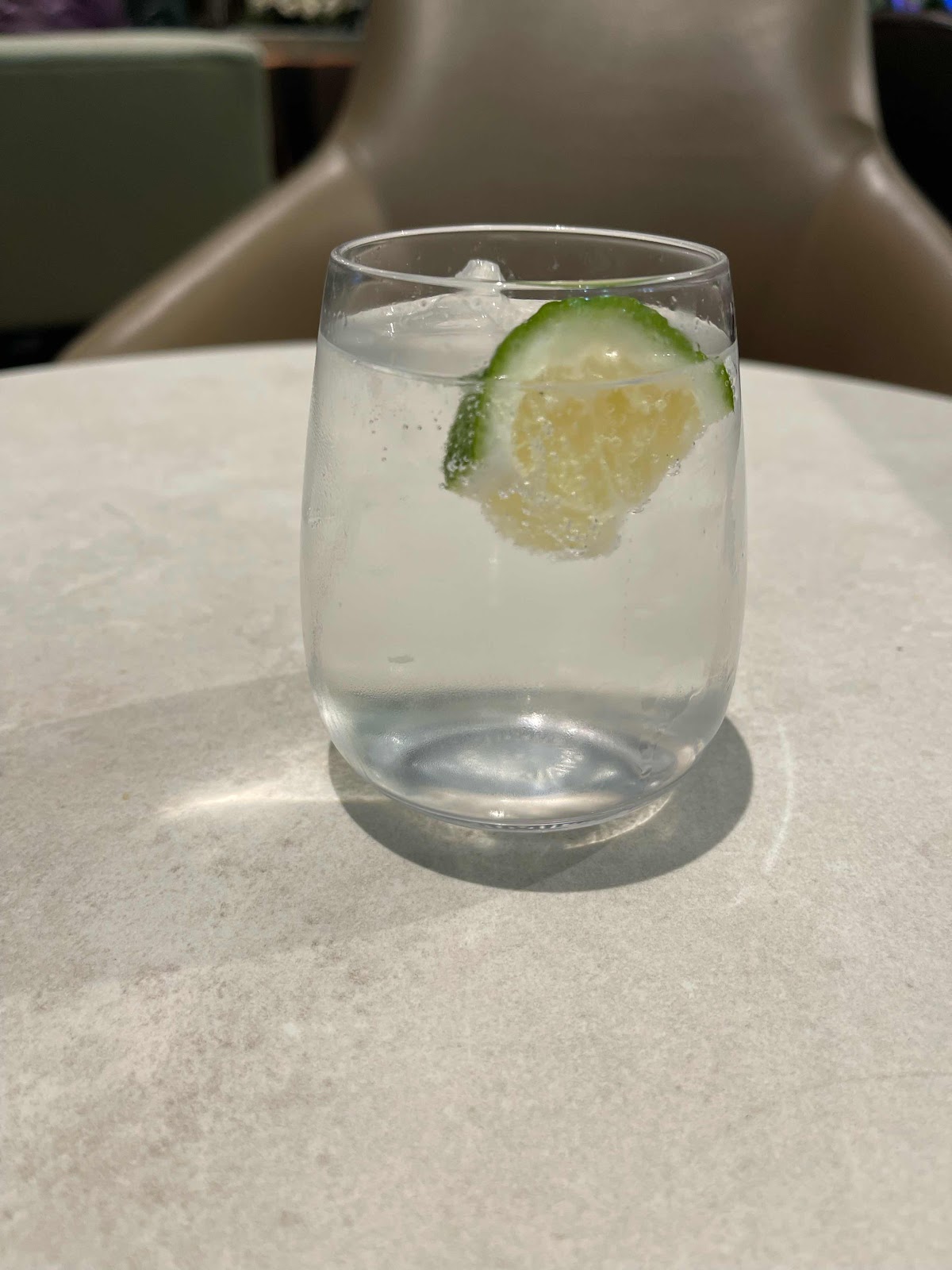 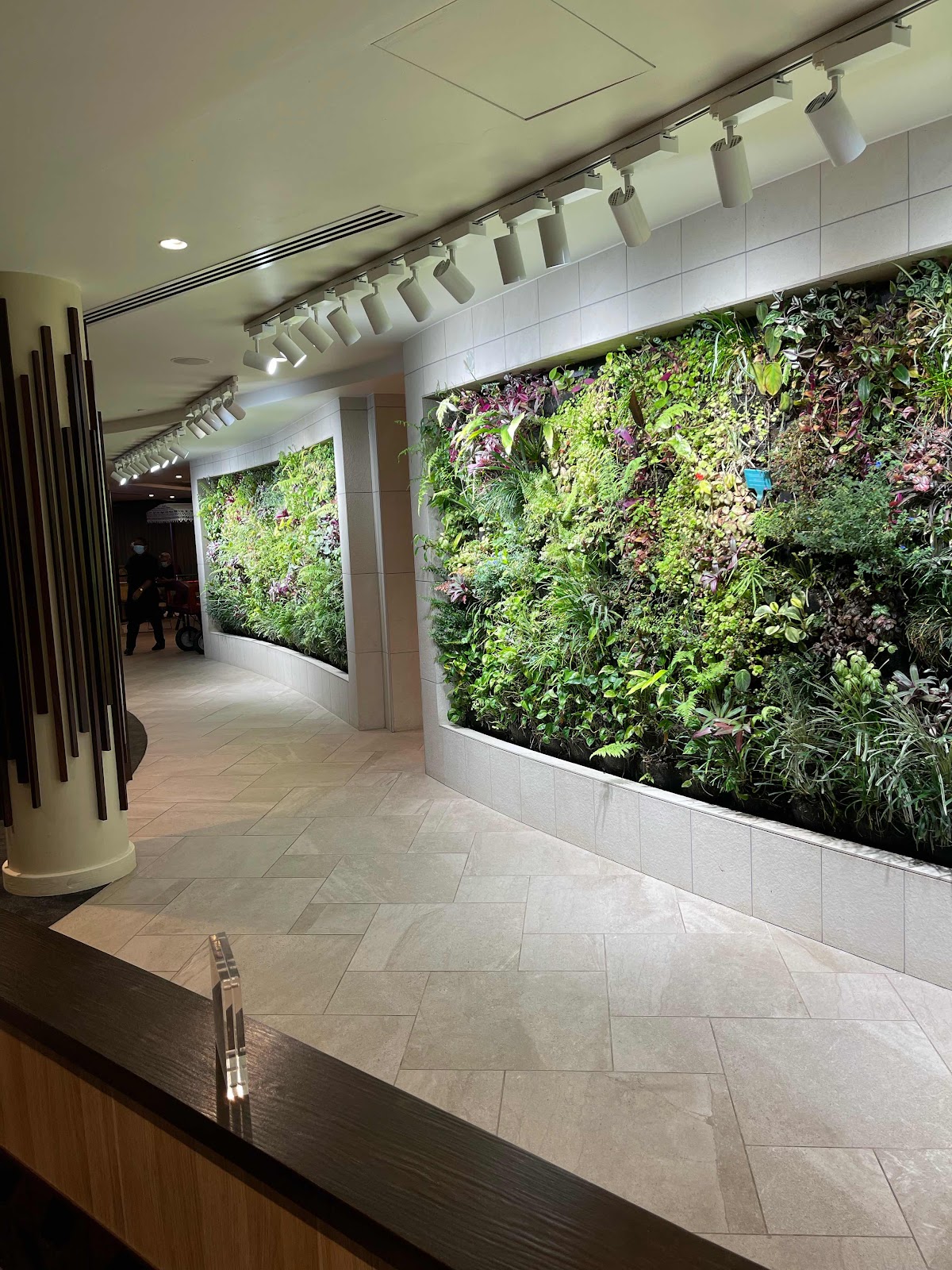 Boarding soon…
Posted by Kathy and Brian at 1:23 AM