Diary of a Fiji Quarantine: Day 5

As I wake up and start Day 5 of my quarantine Tuesday, June 7, I’m happy to report that last night’s dinner Fish and Chips,  featuring “battered Walu fish,” was good. 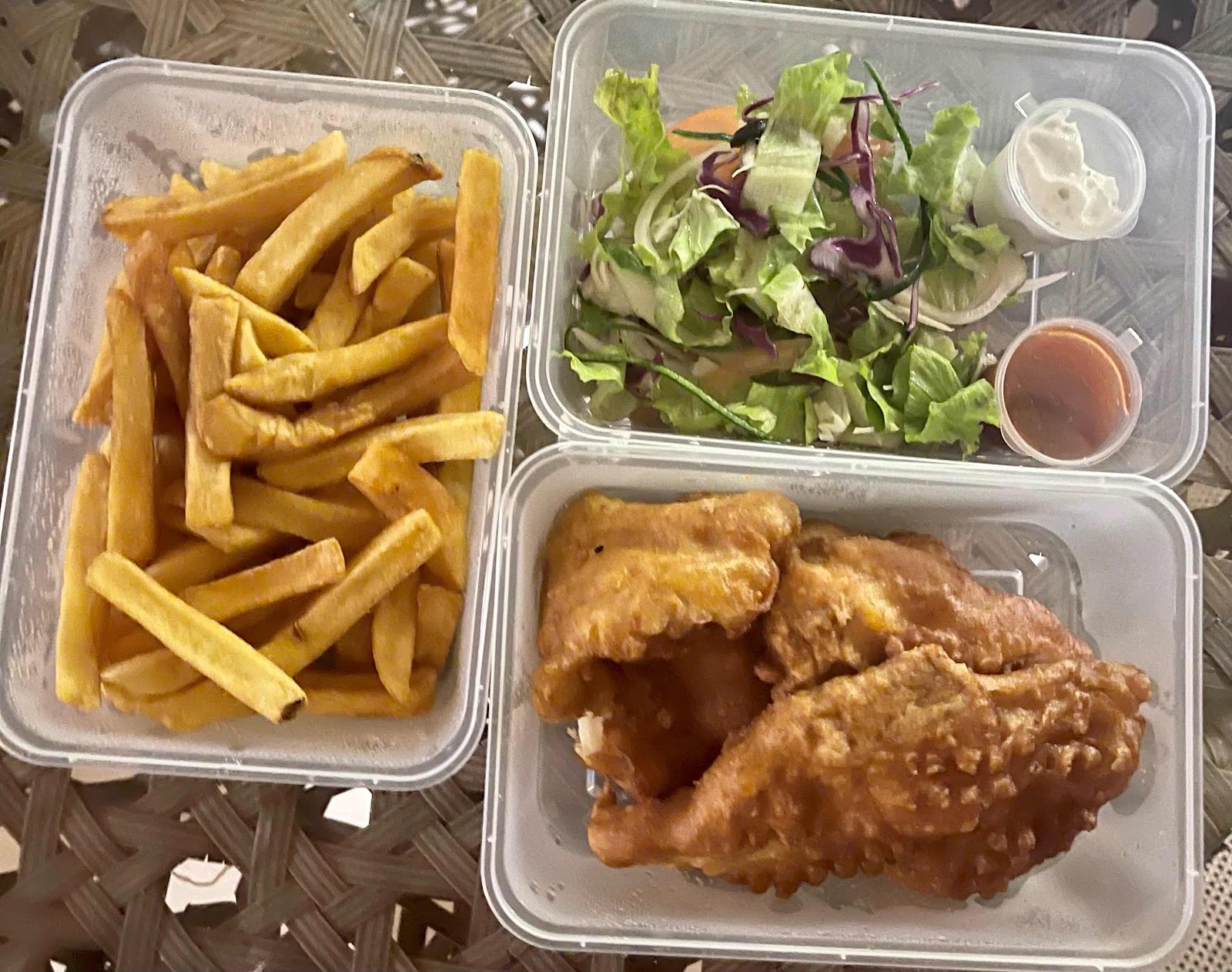 I asked for a slice of lemon or some vinegar, and received a thimbleful. 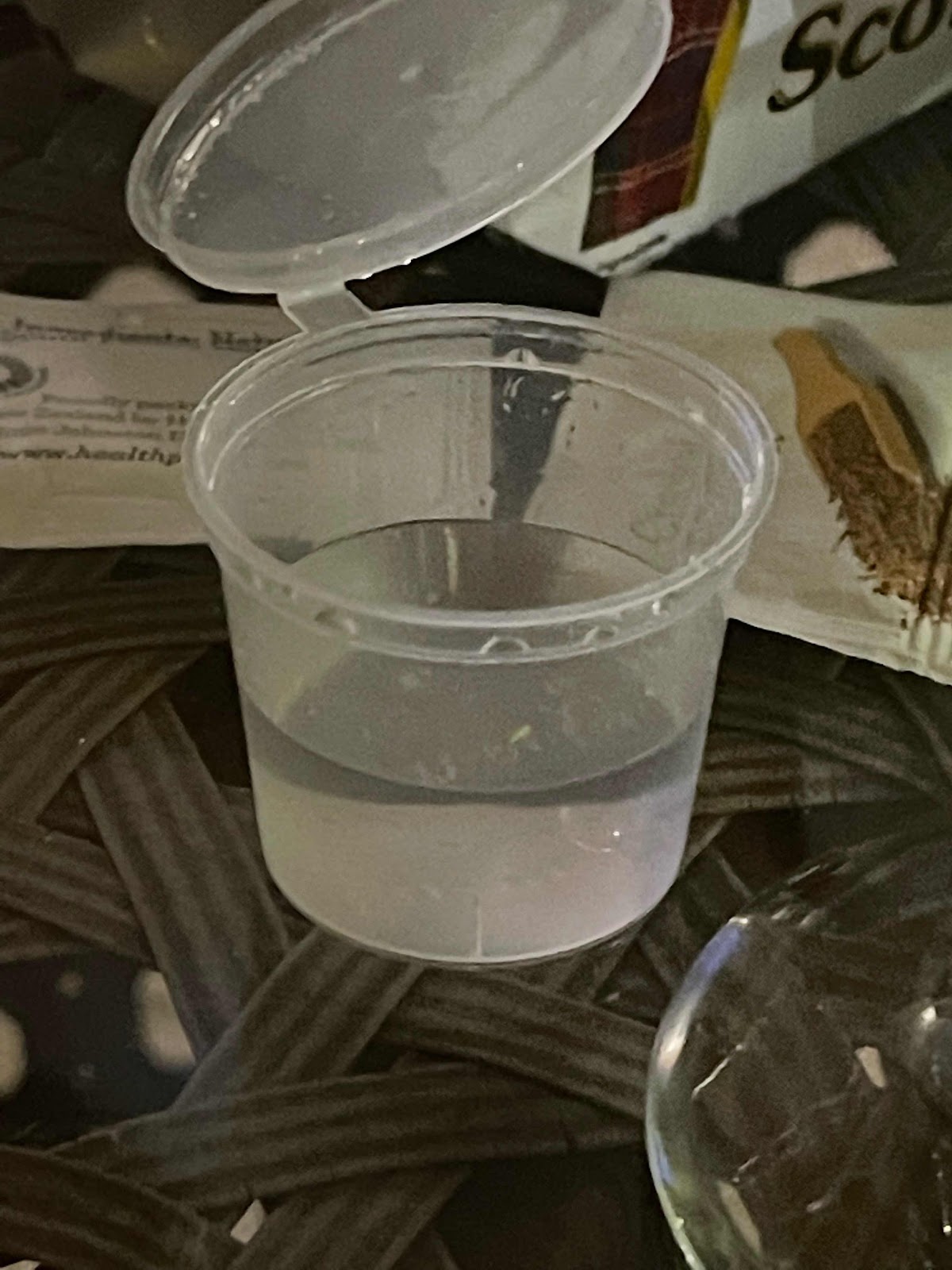 Having read up more on Walu this morning, I don’t think I’ll order it again, even though it’s a menu feature here. I have reason to find the following information persuasive. Further details are best kept private:
https://edmanclinic.net/blog/2013/8/5/avoid-the-walu
Tuesday started quietly as I sat on the balcony, cup of sweet Nescafé in hand. 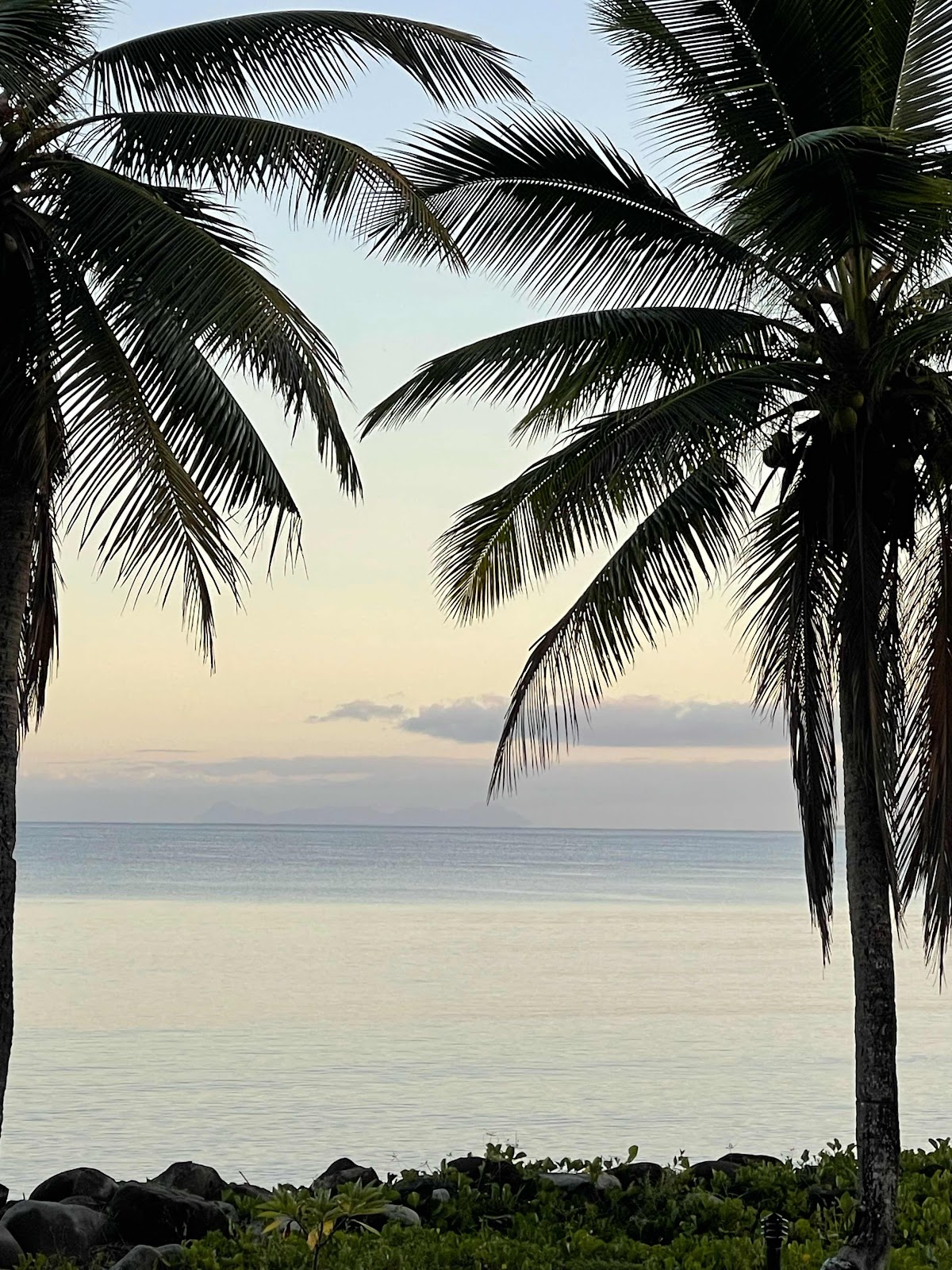 Suddenly I noticed movement and realized some tropical bug was circling the end table in my direction. 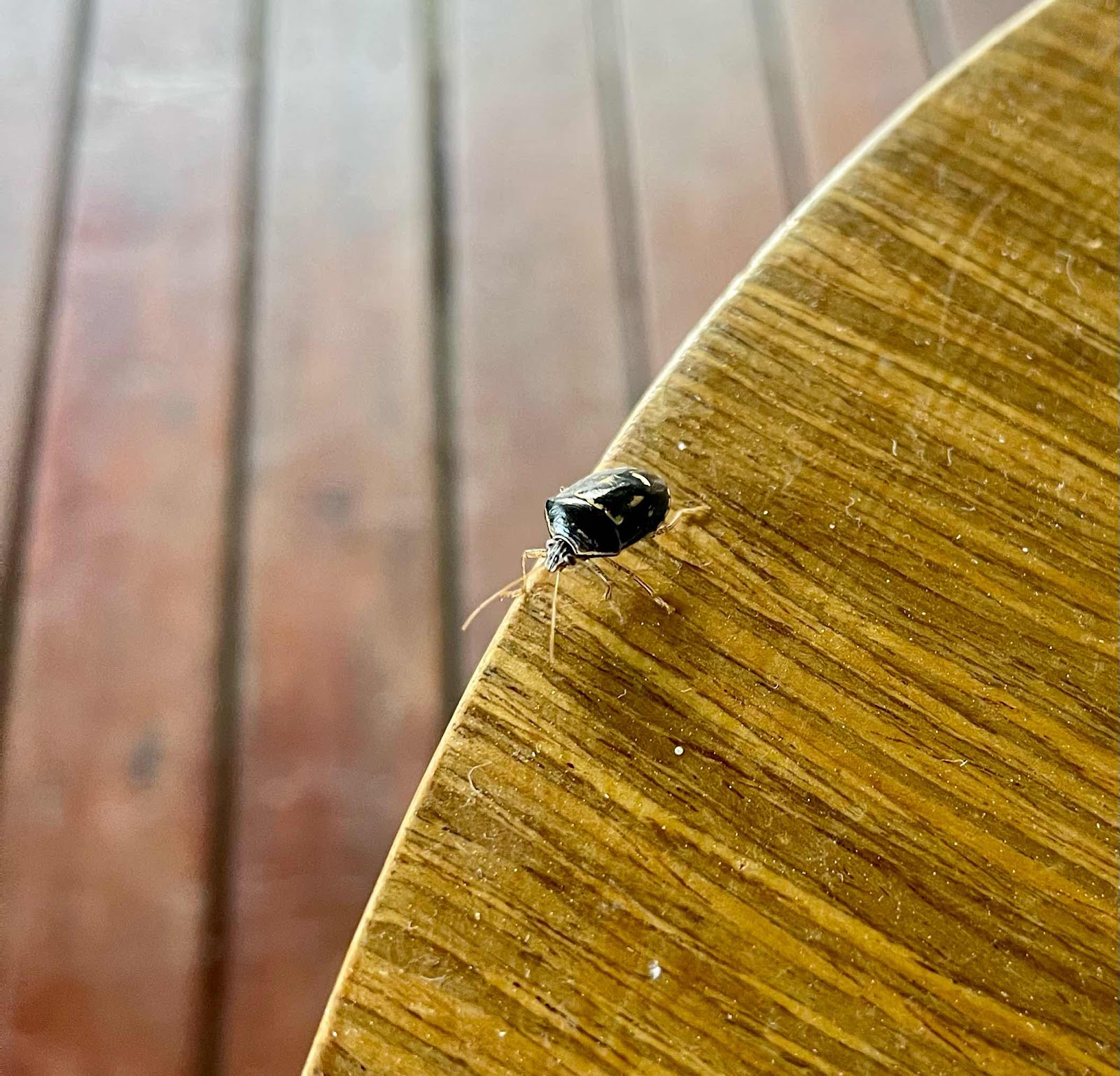 Clad in my robe and armed only with my coffee cup, I did what any sensible tourist would do and retreated to my room, closing the slider door carefully behind me.
Coincidentally, a few minutes later I spot a smaller bug scuttling along the floor. Now prepared with Kleenex, I dispatch it. The floor displays a few noticeable crumbs, despite my best efforts at tidiness, and I resolve to ask to borrow a broom and dustpan from housekeeping today.
I ordered Smashed Avo for breakfast.

I called room service and placed the order. A couple of minutes later someone else called back to ask me to repeat my order. How charming they must find my accent!
When it arrives, the new-style bag only enhances my anticipation. 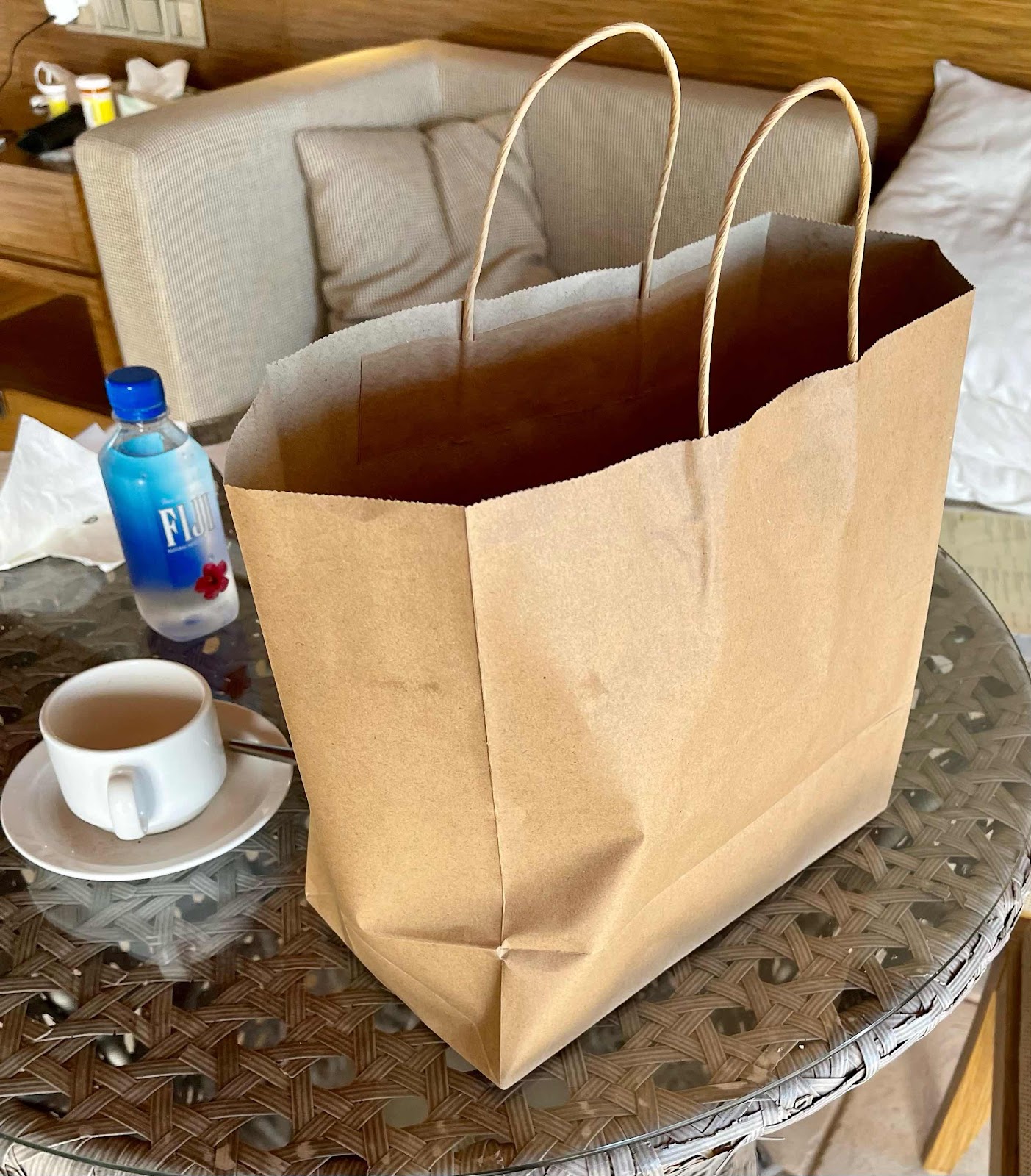 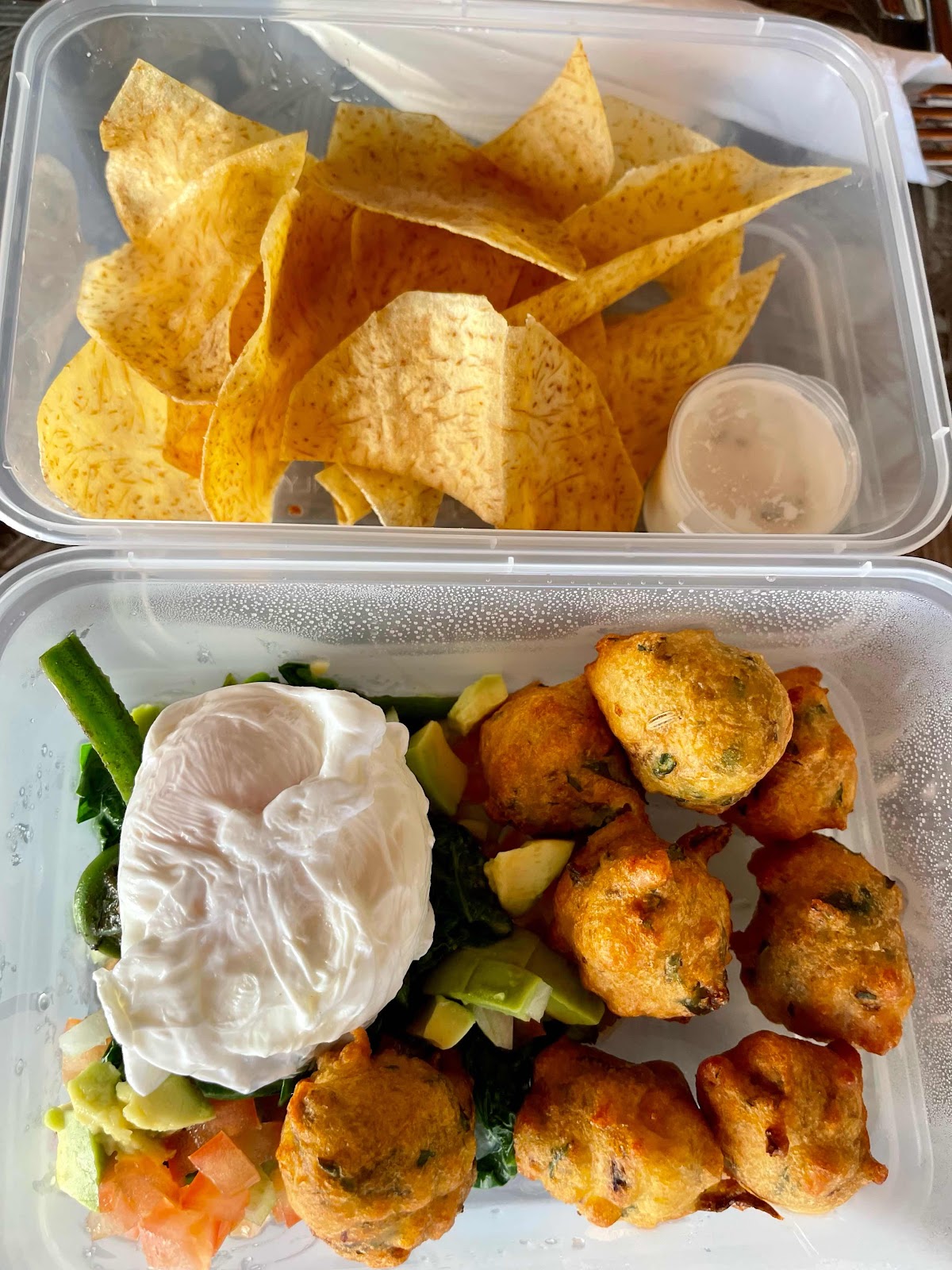 It’s okay, and the pot of coffee (Yes!) is actually hot. 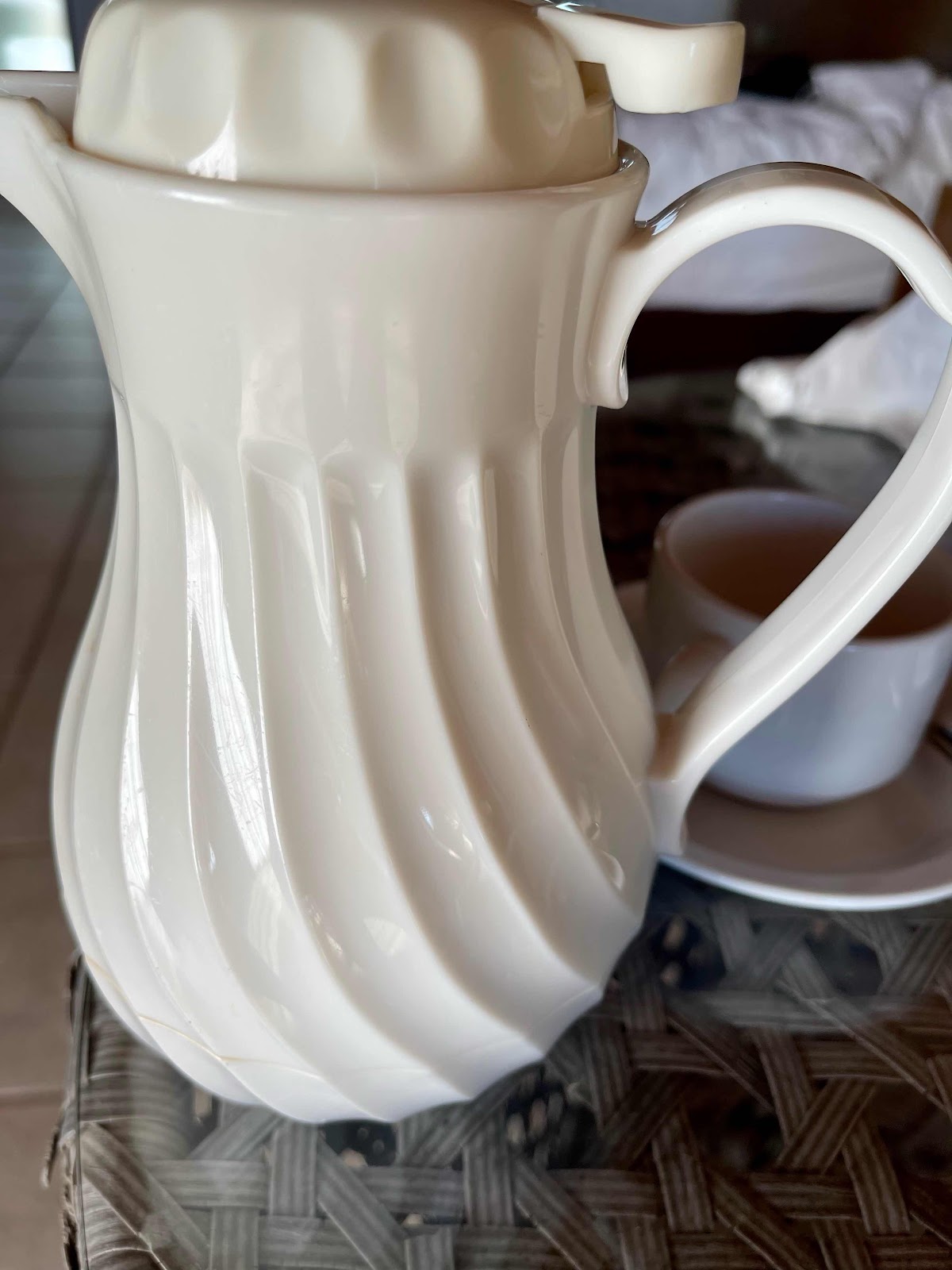 I watch a bit of Australian ABC television, the only one of the few channels that’s of any potential interest. 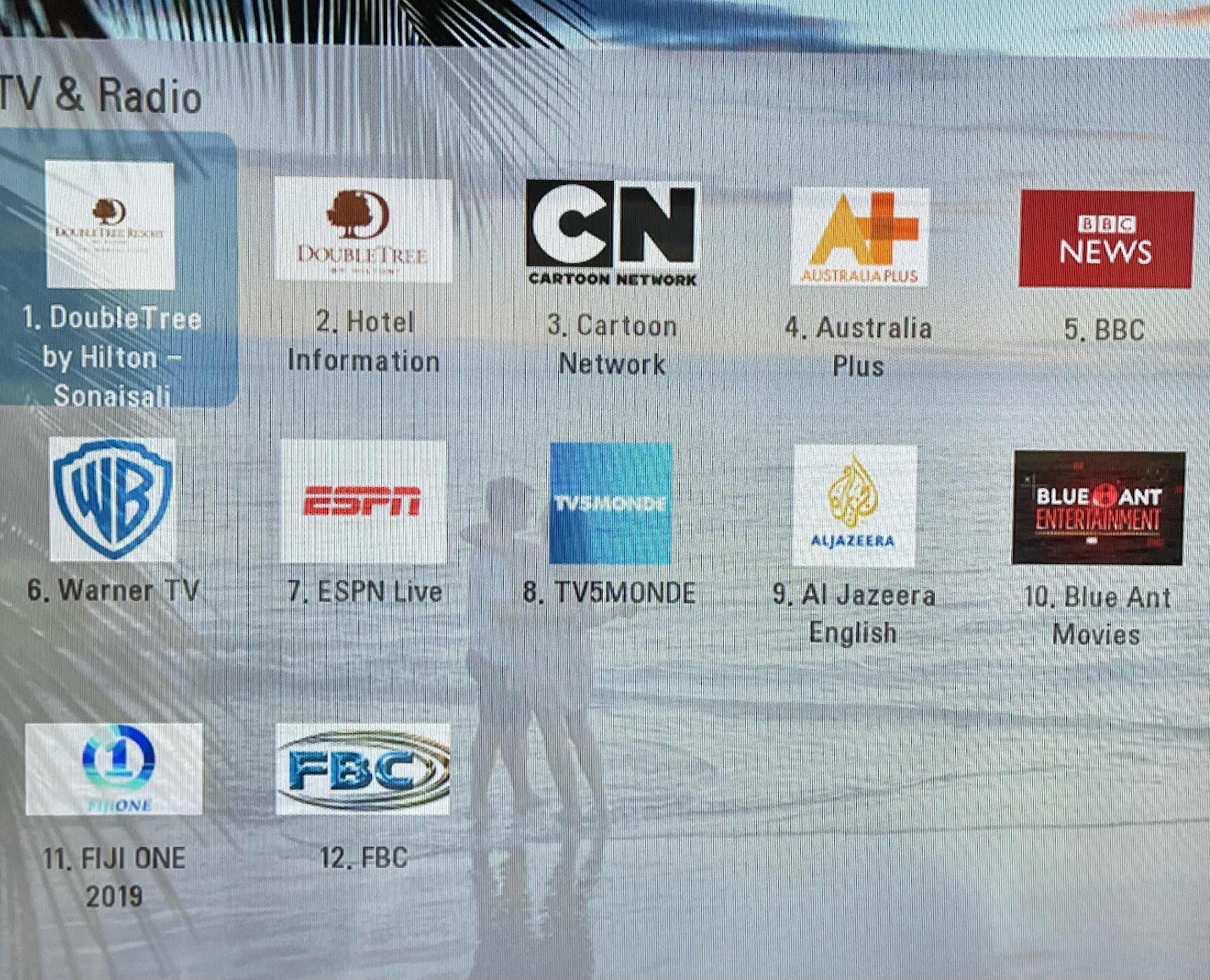 The BBC and a few other channels don’t work. Pretty thin gruel. Thank goodness for WiFi.
I learn the new Australian PM was visiting Indonesia and the  British PM has survived a Parliamentary vote of confidence. I’d rather be watching the footy.
Last night I emailed the company that sold us the mandatory Covid insurance for tourists. I attached photos of everything they ask for, other than the hotel’s final lodging bill, to try to deal with it here rather than waiting until home.
https://fijivisitorsinsurance.com/
I’ll be interested to see their response.
I wish Kathy were feeling better. She has strong cold symptoms and is trying to sleep a lot. Another of our great neighbors delivered her a plate of pasta, which was a great help. Thanks, Carmen and Bob!
Kathy was exposed to me far more than I was exposed to anyone, so maybe it’s inevitable that it hits her harder, even if delayed.
My broom and dustpan have been delivered. The Csre Line called back to ask if they had been delivered. No, they hadn’t, but they arrived a few minutes later, I gather after some Care Line prompting.
That this project excites me reveals the nature of my current existence. 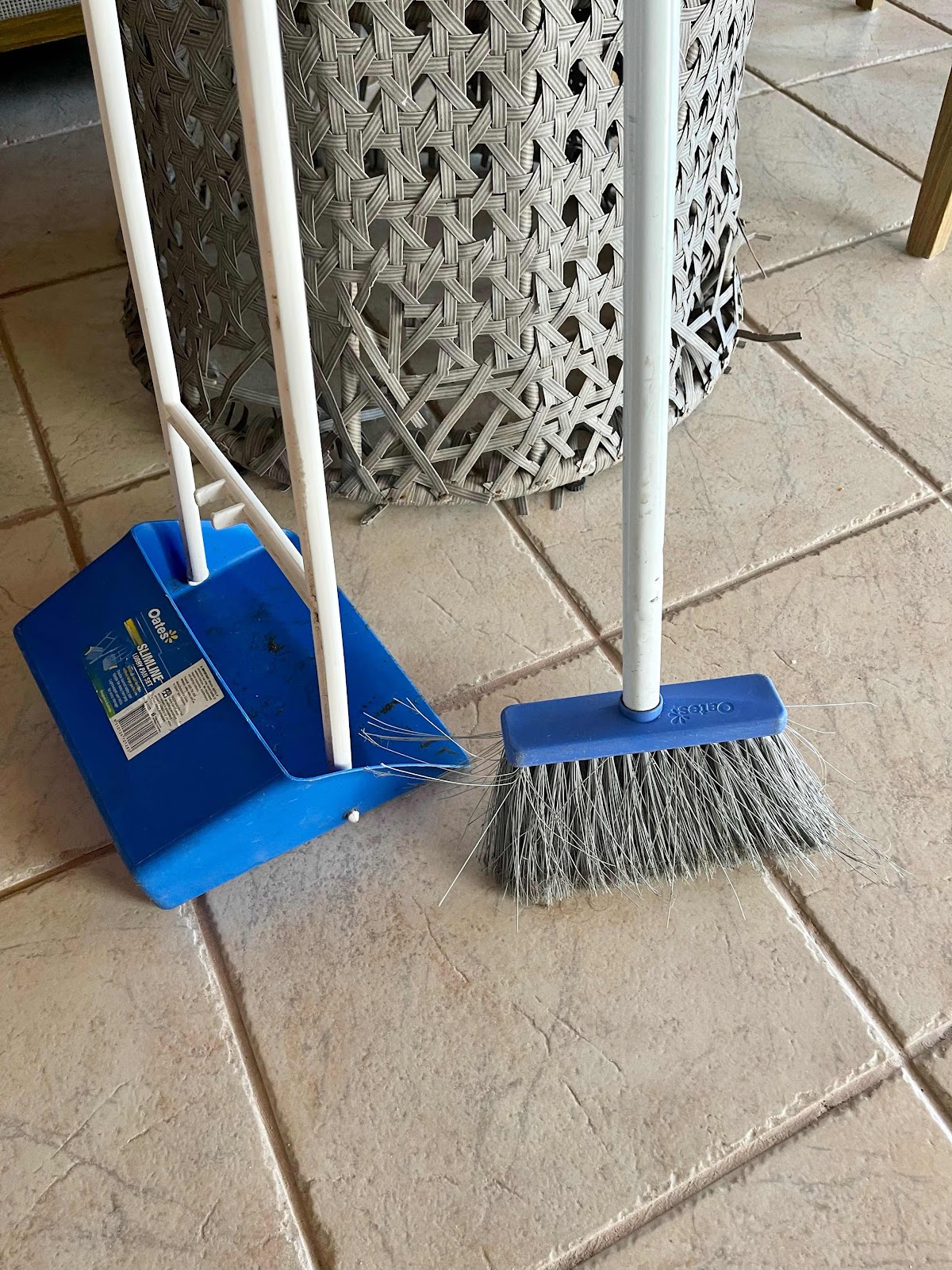 I’ll skip the before and after photos of the floor (I only considered it briefly) but it’s time to get to work.
I should have asked for one three days ago. Better late than never…
Posted by Kathy and Brian at 5:19 PM

Thanks for a fintastic comment. As to my reaction to Walu, you got right to the bottom of it.