Reflections on a Long Day of Travel

The eventual Alaska flight LAX-SEA was excellent, marred only ny a variety of delays.
My chicken sandwich was tasty (how do they keep the ciabatta so crisp?). 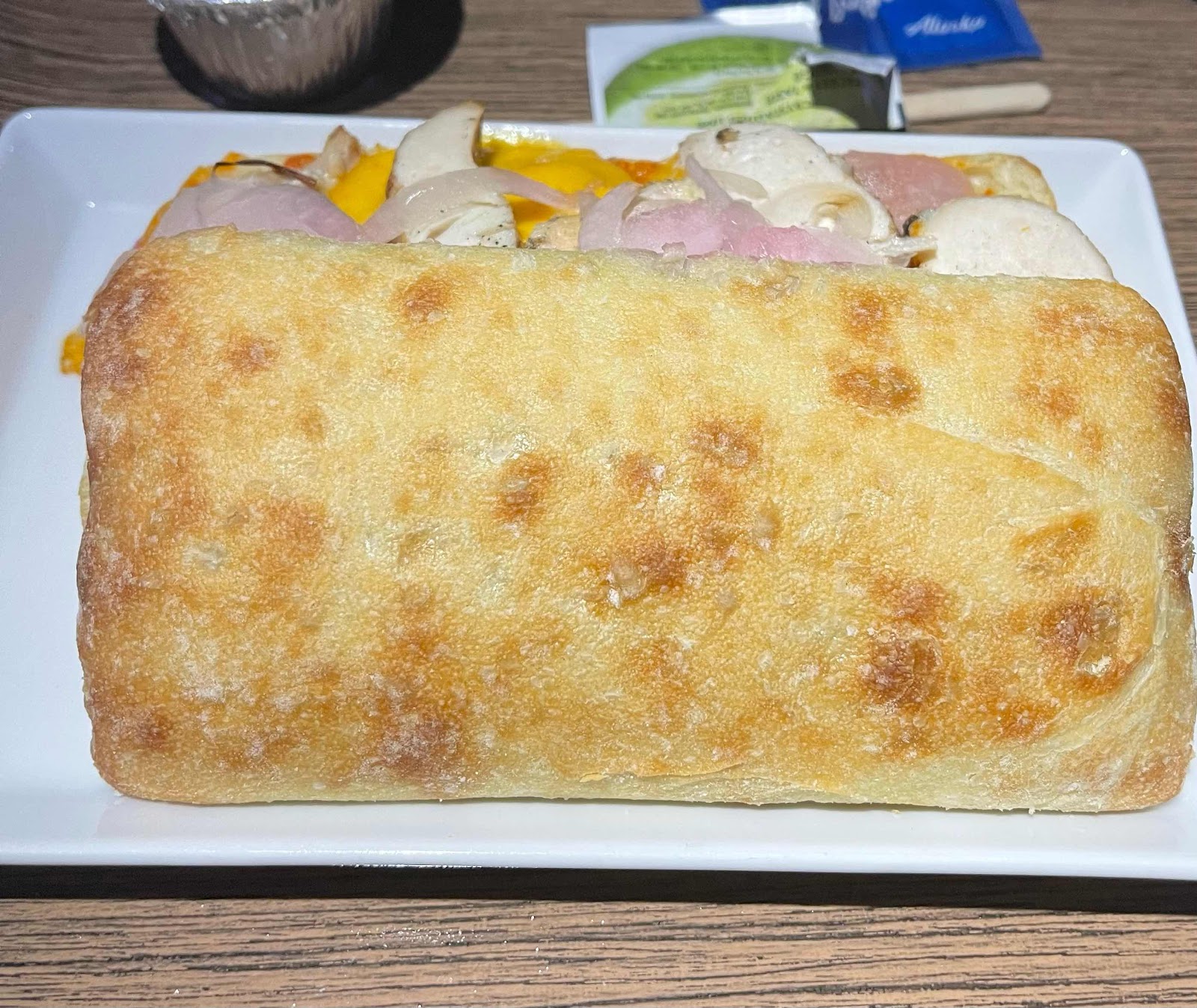 Kathy is already parked at BLI and I’m in plenty of time to catch my flight,‘although that three-hour layover disappeared.
Fiji Airways #810 is a good way to get from Fiji to the U.S., not that I’m eager to return to Fiji anytime soon, after last night’s fiasco.
I’m still seriously annoyed at three entities.
The DoubleTree assured me they knew the rules. They refused to sell me another RAT with a written report. The Fiji Airways agent described that as “Bullshit.”
Fiji Airways appears to be interpreting CDC rules and guidance to maximize their own protection, quite common and understandable among airlines. The CDC says “Do not travel for a full 10 days until after your symptoms started or the date you got tested if you had no symptoms.” I showed symptoms at least as early as May 29 (I have witnesses) well before my June 2 positive test, and can document the tests I took the morning after I arrived at the hotel. I took them because I had cold symptoms.
Besides, at worst the U.S. would not deny me entry and demand the airline fly me back. They might have fined na Fiji. Somehow I doubt  they would.
As far as the CDC, I’ll say no more.
It’ll be good to reunite with the better half of the Wandering Warners after our separate vacations.
Just after I snap the photo, a 10-15 minute boarding delay is announced while maintenance boards to “check a couple of things.” 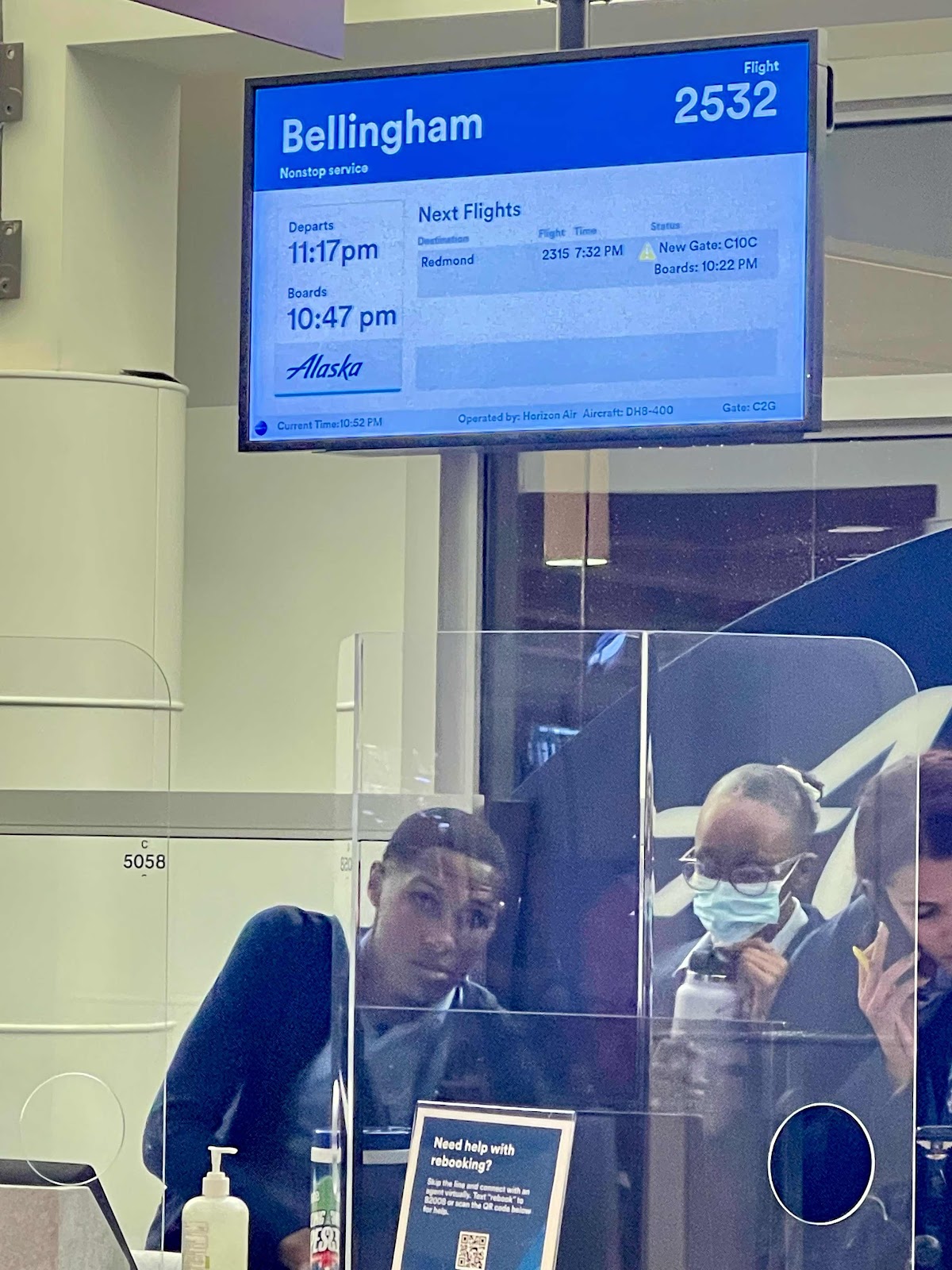 It’s been an interesting travel day from beginning to end.
And the drama continues to develop as our flight departure is delayed until 11:40 PM, arriving in BLI at 12:20’AM.
Finally! I board at 11:35. We won’t get to Bellingham until 12:30 or later, as Kathy insists on waiting patiently in the BLI parking lot. 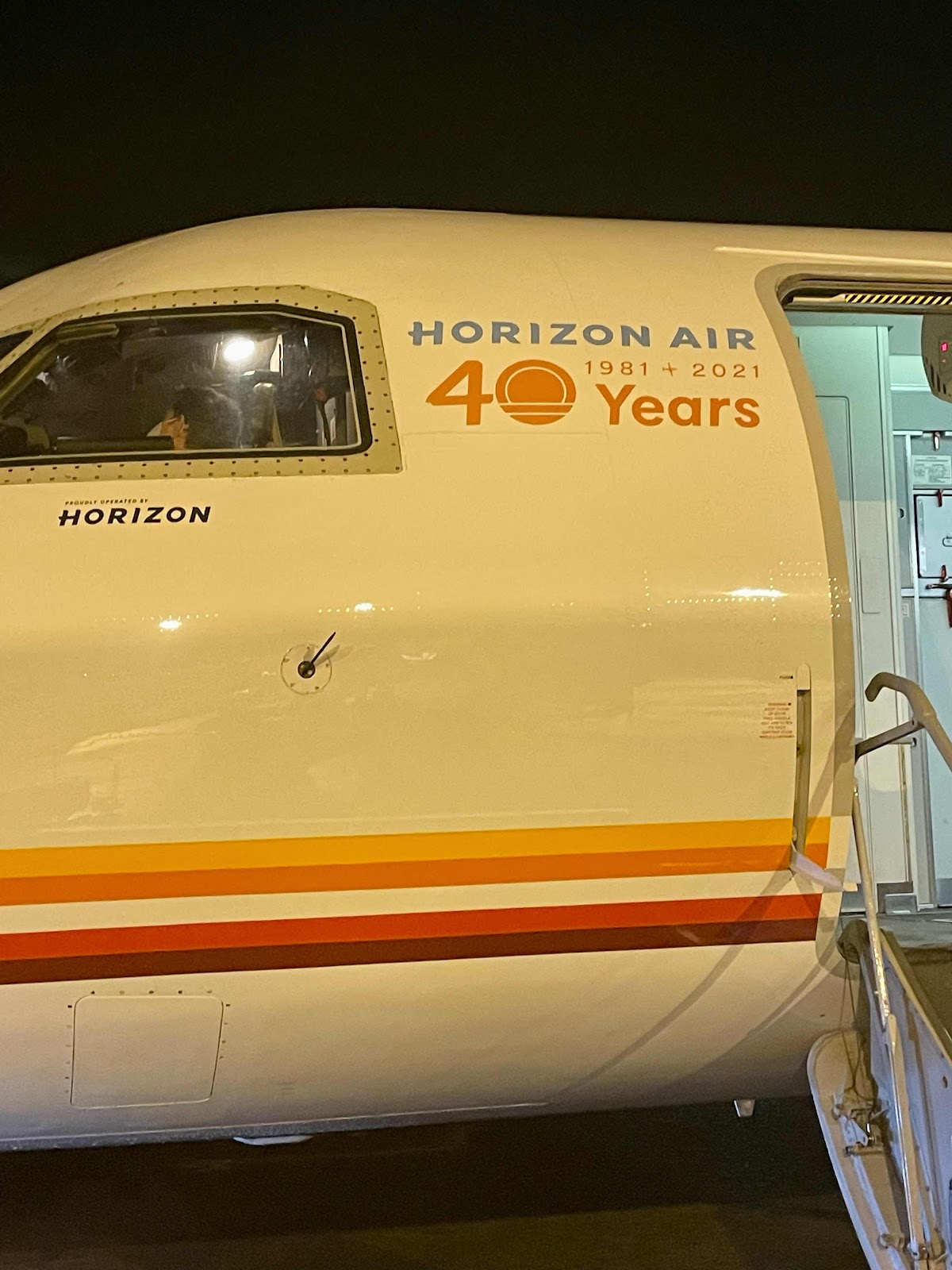 Afterthoughts Friday morning: The plane landed at BLI at 12:34 AM and Kathy was faithfully there to meet me. Alaska certainly had a bad day yesterday, at least in regard to both of my flights. After a good night's sleep, I awaken to a welcome but ironic headline in today's news: