Mossos d'Esquadra: The Lads Are Here

The Mossos d'Esquadra ("squad lads") are the police force of Catalonia and the "oldest civil police force in Europe."

Let's hope it's merely a donut run that caused a bunch of them to park just below our hotel window just a few minutes ago. 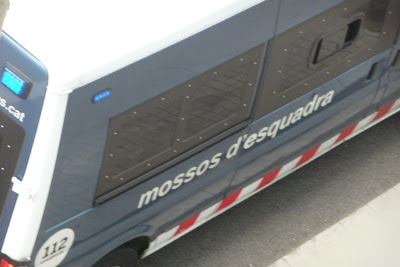 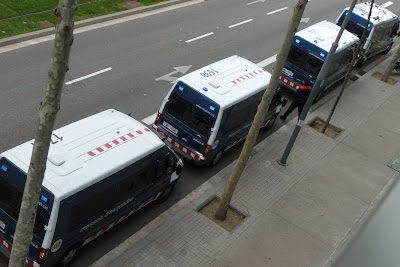 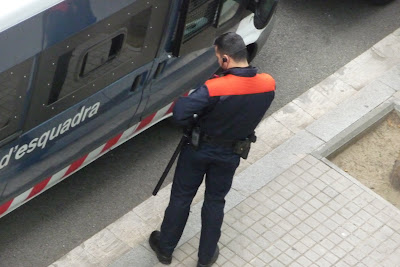 All but two vans have now driven away and we hope they have a peaceful day.

In another vignette showing us a strike is on today, a bus driver pulls up and removes as many stickers as he can from his windshield, rear-view mirror, and side windows. We also hear loud bangs in the distance. 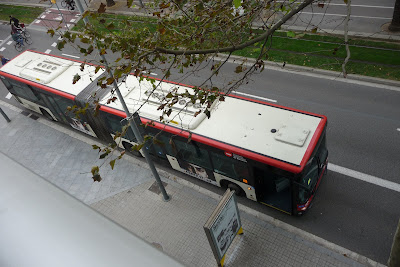 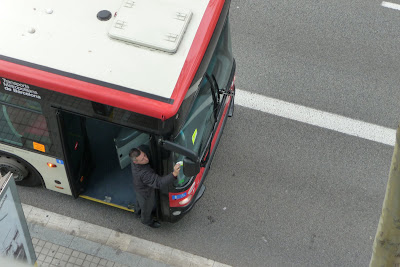 It's a good day to keep a low profile and be aware of our surroundings, particularly after checking out early news reports.

Update: Now that we hear the kinds of whistles favored by demonstrators, and see that the street below our window (Diagonal) is closed or blocked at the next intersection, and a demonstration passing by our window, we'll definitely plan to stay close to "home" for awhile. 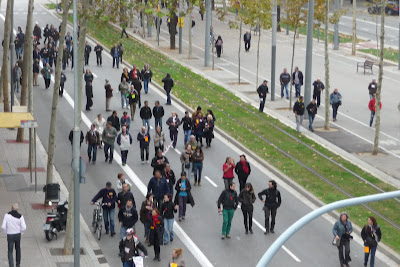 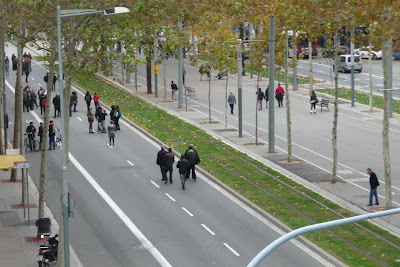 Update Two: We're back from our fairly brief walk around the neighborhood. Most of the businesses are closed and shuttered, there are groups of demonstrators in the distance, and the police presence is heavy. 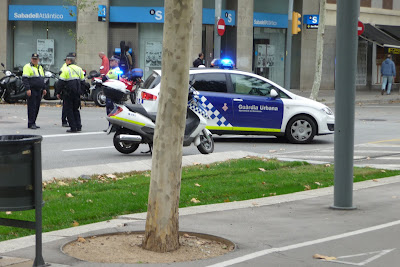 No, we didn't feel at risk - there are lots of locals out, including parents pushing toddlers in strollers - but we've decided to stick around our room, what with a security guard at the hotel's front door letting us out and in with a smile.

We hear on a French English language channel that the most violent protests have been in Madrid, and that there are demonstrations across Spain, Portugal, France, Italy, and Greece.

Lucky we've already seen our share of Europe, because we're not going to see too much of it today.
Posted by Kathy and Brian at 2:04 AM