To travel from Lucca to Vernazza takes three train rides. Why does it take us four?
The rain holds off as we take a taxi to La Stazione in Lucca, and we catch an early train to Pisa.
This leaves Tom and Ellyn almost enough time to taxi to the Leaning Tower... but not quite. Another visit perhaps. The train is late but eventually arrives. 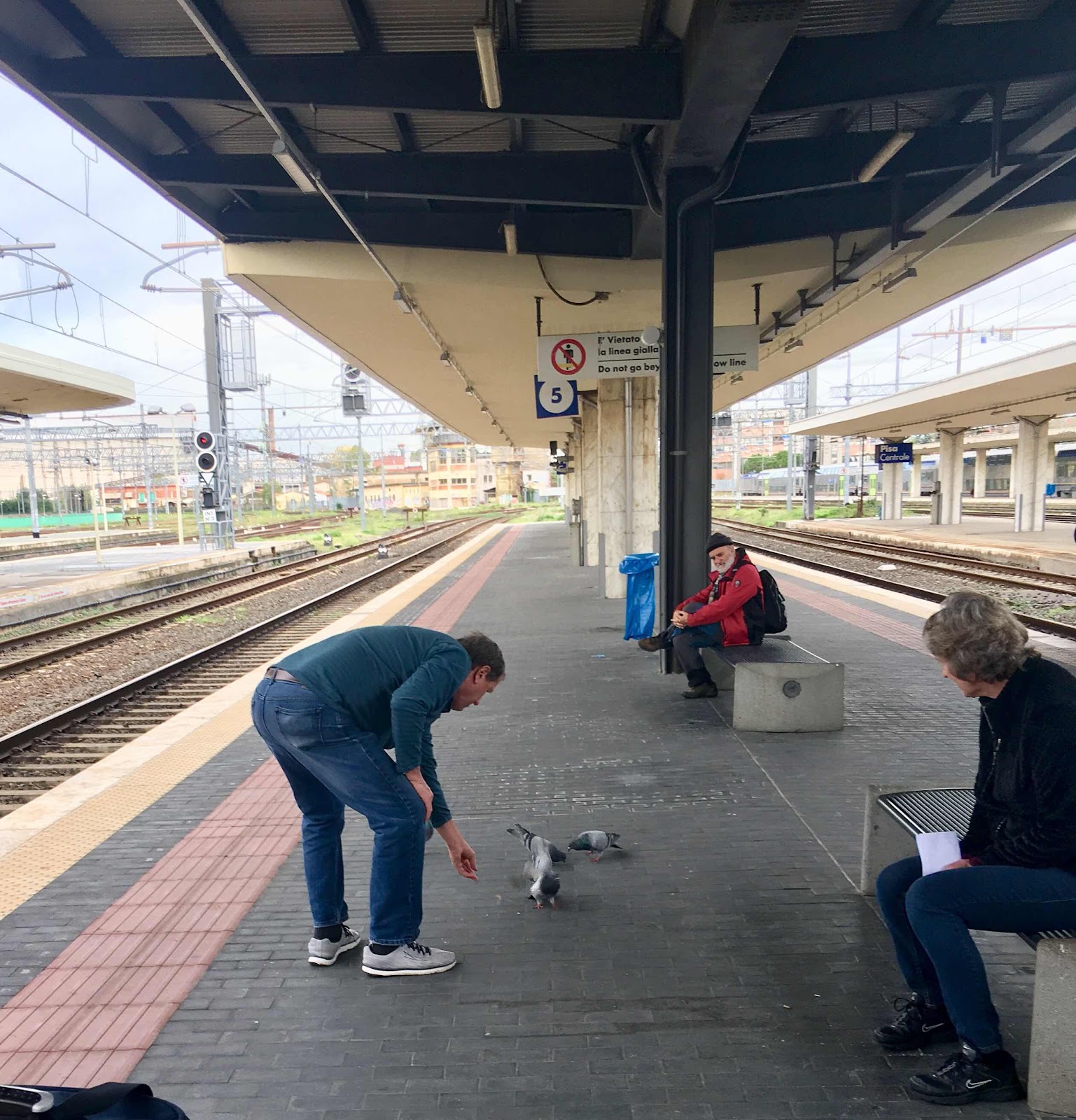 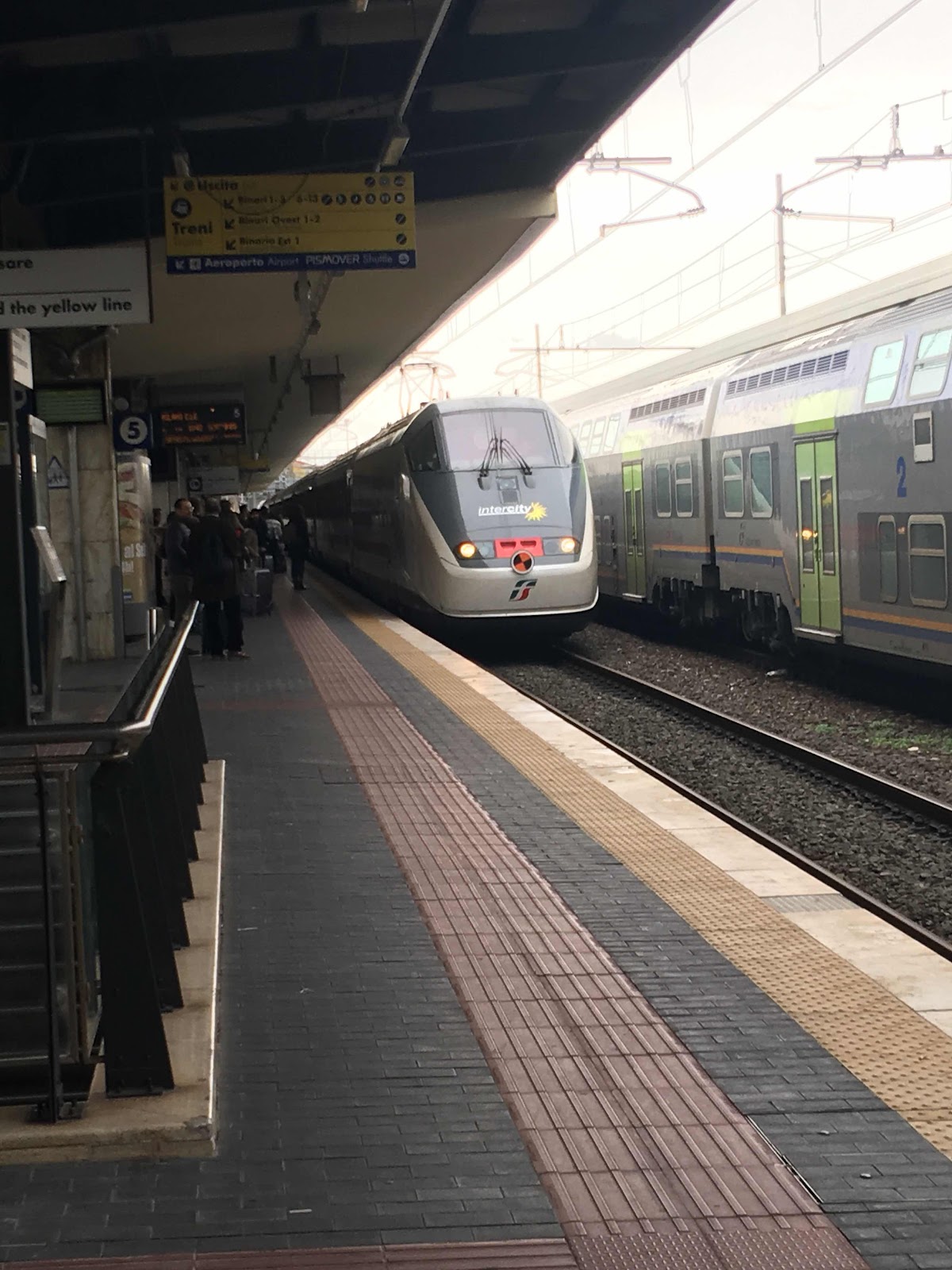 We settle in to our seats on an inter-city train for the 70-minute ride to Monterosso, and watch the rain and flooded fields out a dirty window. 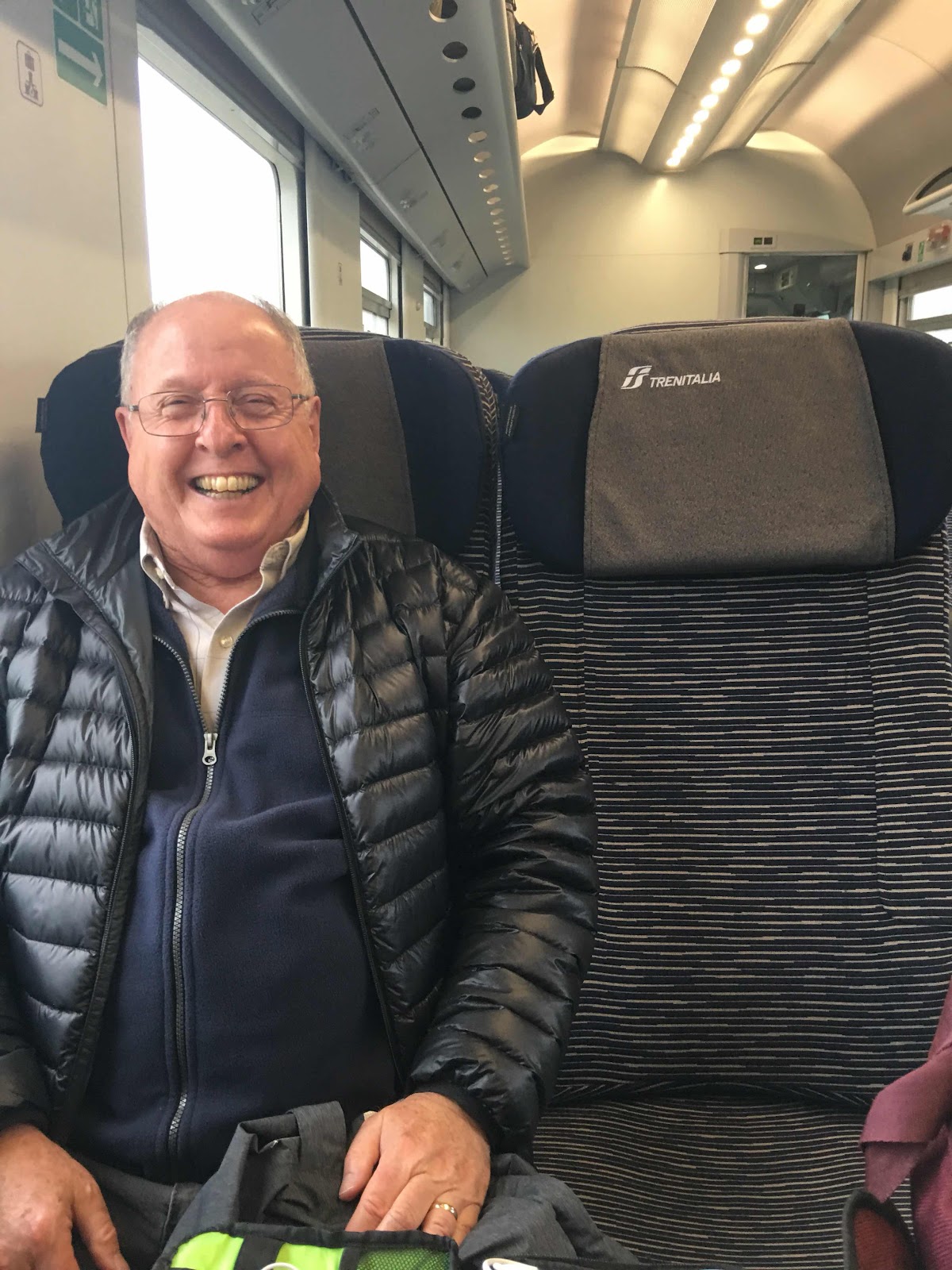 First we see the piles of marble, and then we stop at Carrara. 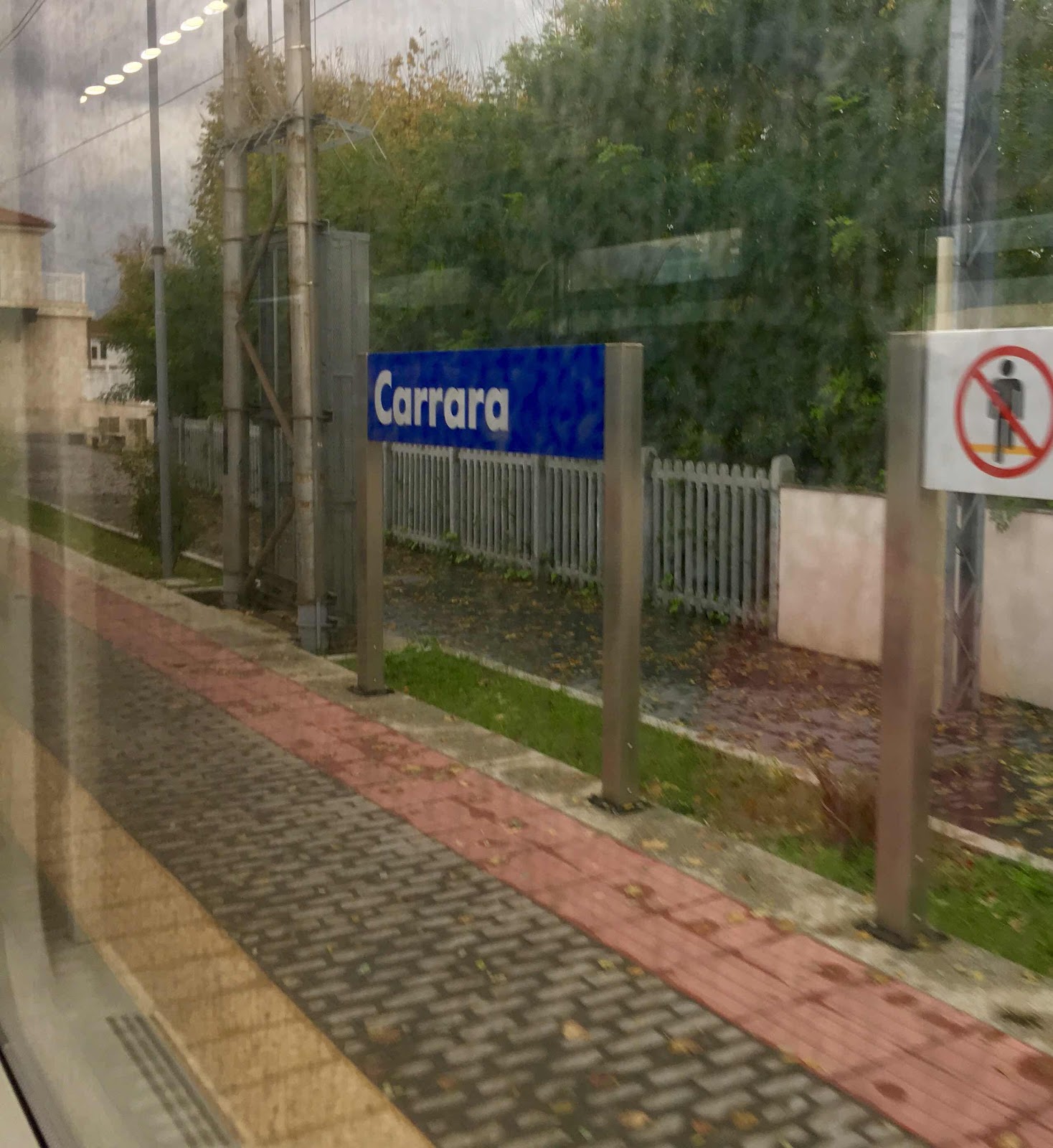 At one stop a young woman dashes at full speed the length of our car and then runs back. We don’t think too much about it, even when an announcement is made about train doors with yellow placards not working.
At Monterosso we discover the door will not open, even though there’s no yellow placard. Nuts!
As the train leaves Monterosso with us still aboard, we traverse the length of the car and enter the following car, where we spot a yellow placard on the exit door.
We walk through that car and see people waiting at the rear door for The next stop. That’s promising, and we do manage to disembark at Levanto.
There we tell our tale of woe to the ticket seller, who advises us to take a regional train back to Monterosso 30 minutes later, and scribbles something our vouchers that presumably gives us a free ride. He also calls the train conductor, who apparently tells him there’s no problem with the doors. Whatever... 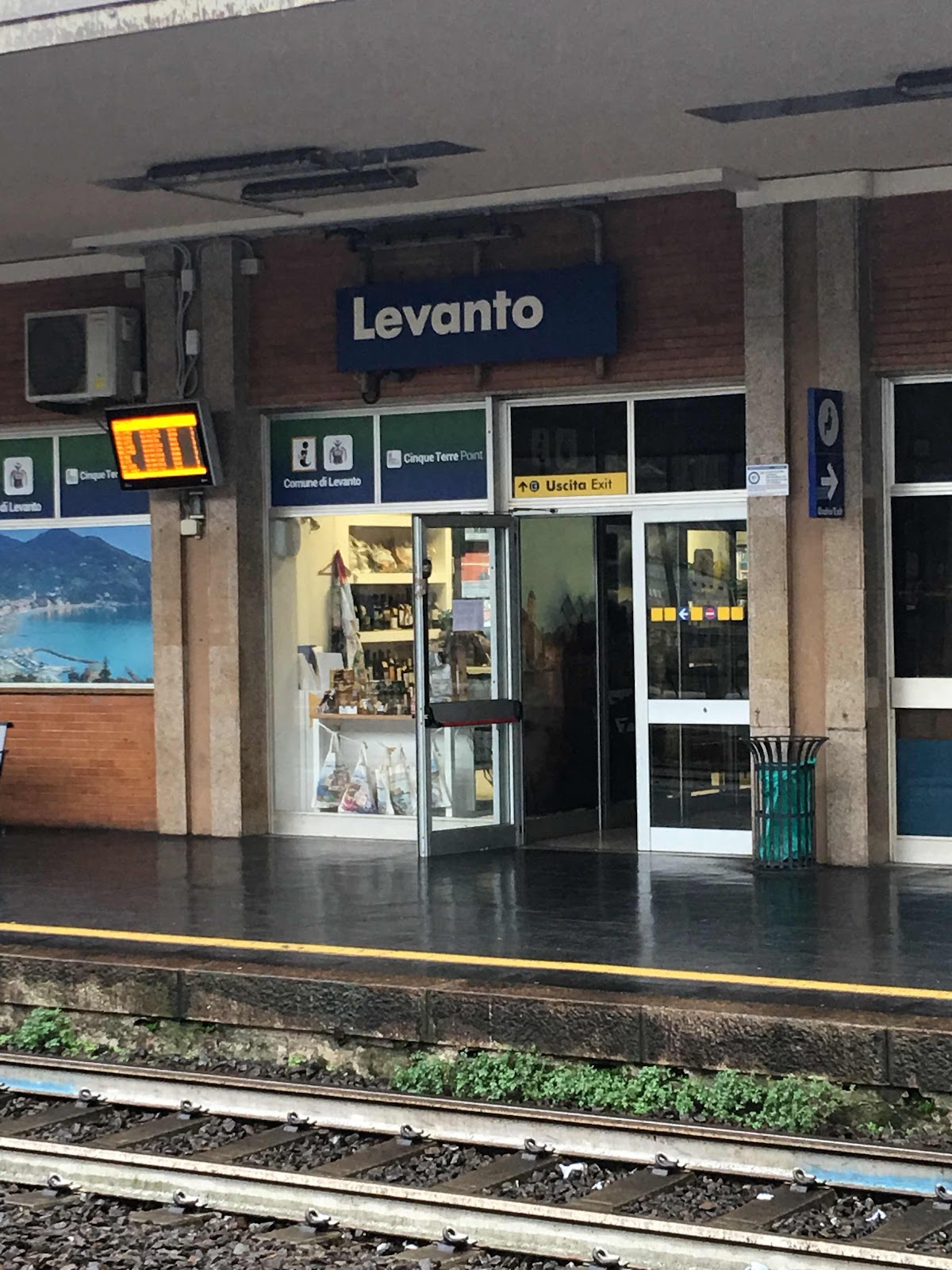 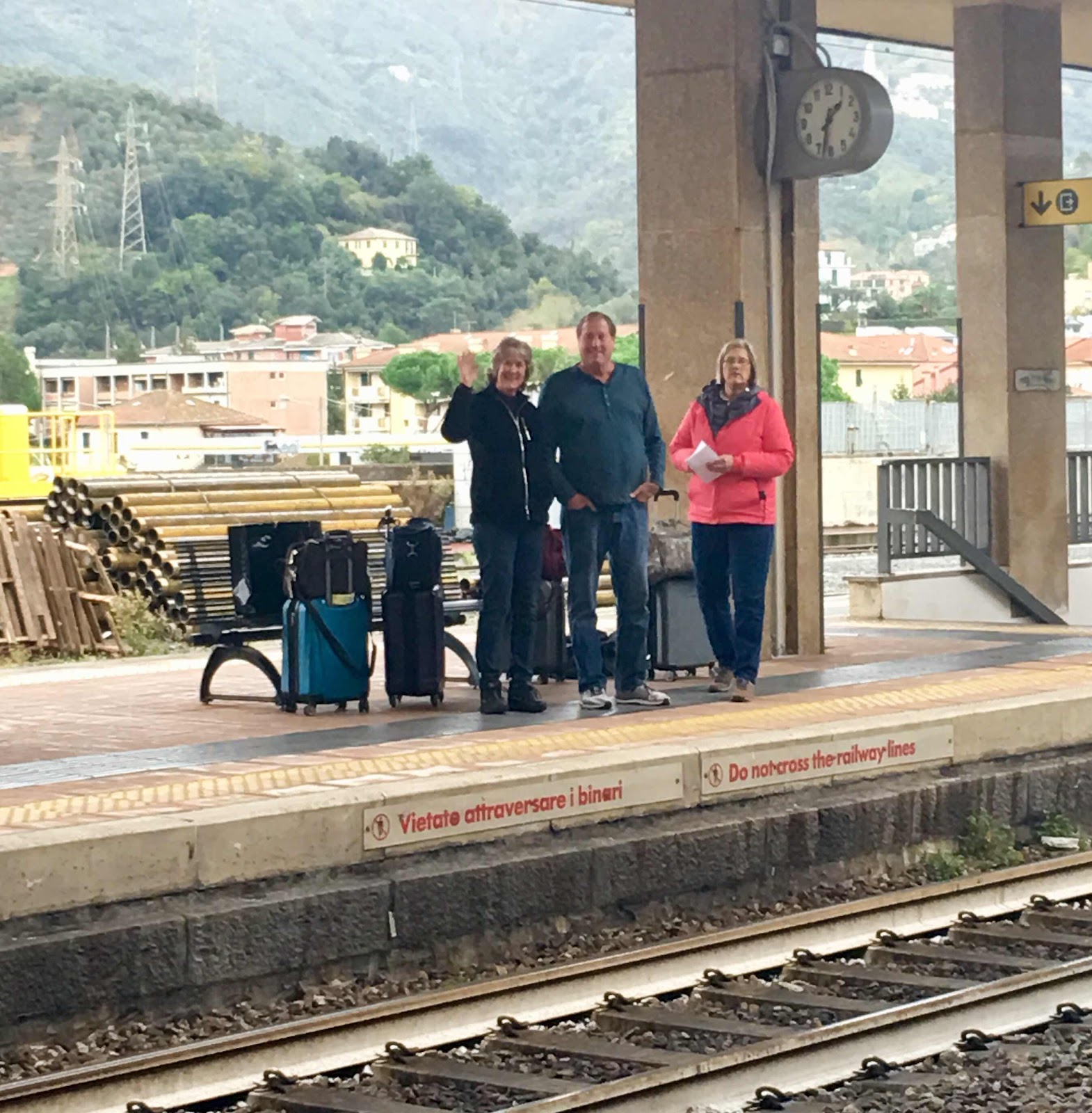 The regional train deposits us in a very rainy Monterosso about an hour later than planned (our inter-city train was running 20 minutes late), but we find a restaurant and reward ourselves with lunch.
Posted by Kathy and Brian at 11:10 PM