All’s well that ends well.
We made it to SAN, managed to catch a post-Midnight shuttle bus, and grabbed a few hours of sleep at the Hilton San Diego Airport/ Harbor Island before boarding Alaska #780 at 10:00 AM Wednesday morning.
We actually arrived a few minutes early. The first available flight to Bellingham was the following day, and it was eventually cancelled in the Alaska Airlines pre-Christmas meltdown (or was it a freeze up?) that occurred.
At this point, what with the bonuses for paid business class fares, we have comfortably passed the 100,000-mile mark on Alaska Airlines, even before our Qatar Airways DOH-BKK flight posts.
Our son and two granddaughters happened already to be planning to leave about then for our house, so we hitched a ride with them.
The driving was fine - it only deteriorated later- and, almost before we knew knew it we were enjoying a houseful of children, spouses, and grandchildren for two consecutive nights for our best Christmas ever. The challenges of making our way home made the reward all that much sweeter. 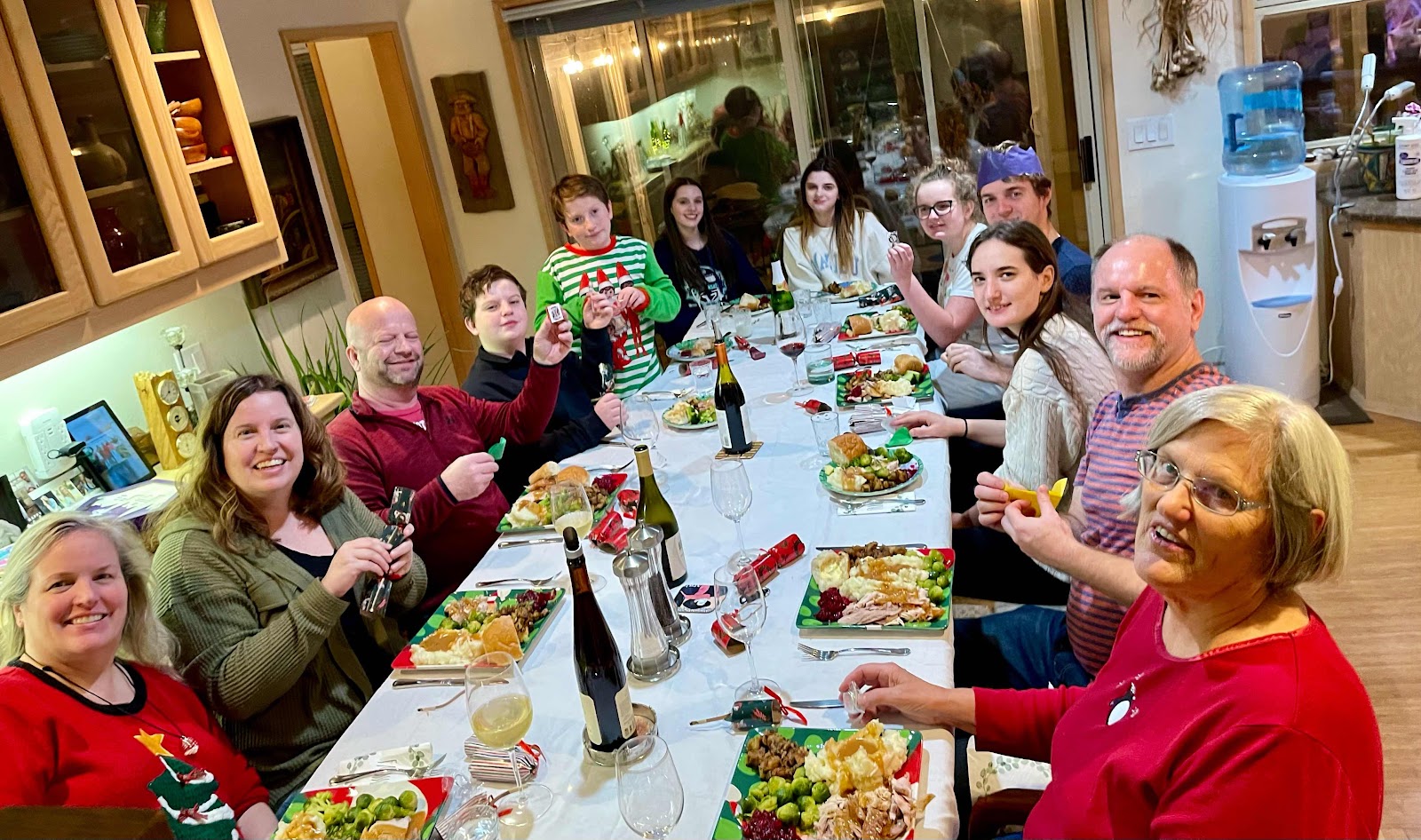 Merry Christmas to all and to all a good night! Our next planned trip isn’t until January 1, 2023.
Posted by Kathy and Brian at 7:05 PM