GPS Follies: The Long Way Around

We set off today to watch grandson Jake play in a weekend basketball tournament at Simon Fraser University in Burnaby British Columbia.

Without thinking too much about it, we plugged Simon Fraser University into our GPS and noticed the arrival time was about the same as that predicted on MapQuest.

Unfortunately, we hadn't printed out the MapQuest instructions and instead relied on Garmin. Brian's suspicions were confirmed when he realized we were heading into deepest downtown Vancouver, where SFU maintains a waterfront campus.

Let's pass over the next hour of frustration as we bucked Friday evening rush hour traffic in our attempts to get from Vancouver out to Burnaby and SFU, involving expensive cell phone calls and angst in general.

SFU is a campus of some size, and once we had arrived there it took another 20 minutes or more to find our way to the gym where Jake's team was playing.

We managed to arrive in time to see most of the second half of his game. He and his team played very well, and at one moment were within two points of the other team. They eventually lost by about 10 points but put up a great effort.

We punched home into our GPS and arrive back at Sehome Road within an hour or so. That was so encouraging that we plan to watch at least one more game in the tournament - maybe even the whole game! 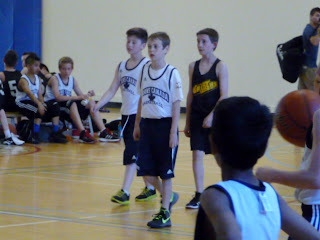 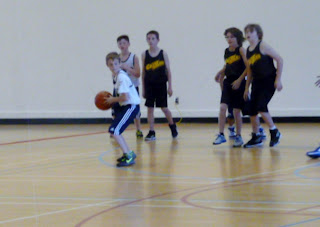 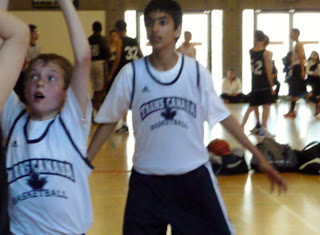 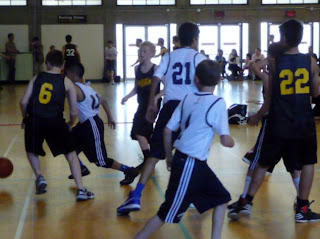