Malta: Where Hopping Off Is Easier Than Hopping On

After trudging up the hill and visiting St.John's  Co-Cathedral, we consulted the inadequate Malta Sightseeing bus brochure and set out to find the closest stop.
To make an annoying story short, we caught a bus at the Hilton at 8:10 a.m. We transferred to the South Route bus, got off at the War Museum (not being told it was closed for two months), and then trudged up the hill to spend about an hour in St. John's Co-Cathedral. We spent the time between that and our eventual reboarding looking for a bus stop, asking for directions in vain, and walking very slowly down the hill.
We eventually ended up back down at the waterfront, where we met Greg at the so-called "Waterfront" stop, and boarded the next bus available at 1:30 p.m.
It was barely warm enough to sit on the upper deck, and the spectacular views  did improve our grumpy moods somewhat. 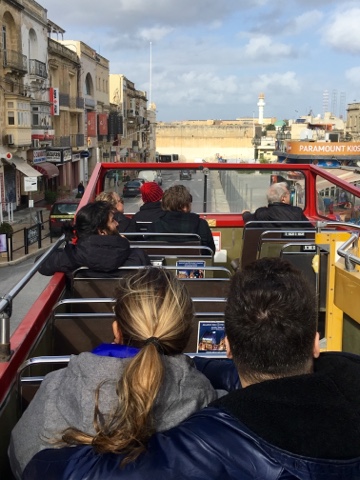 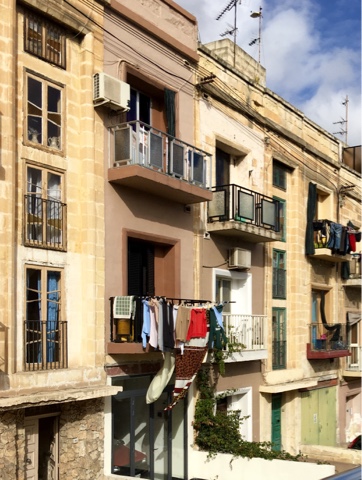 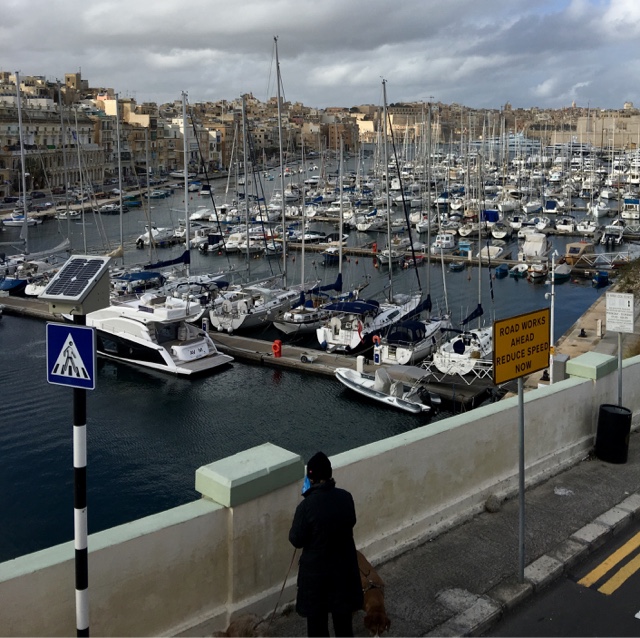 Working without a net... 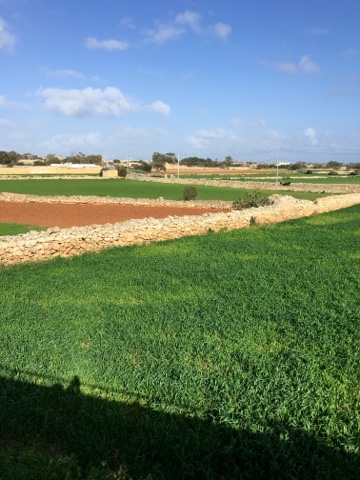 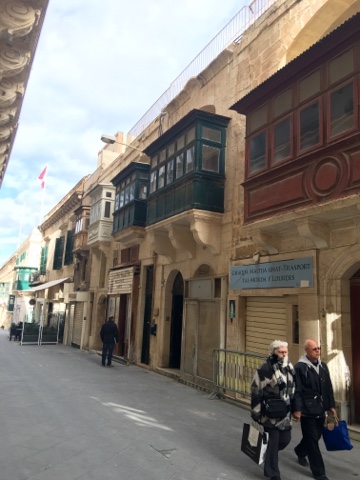 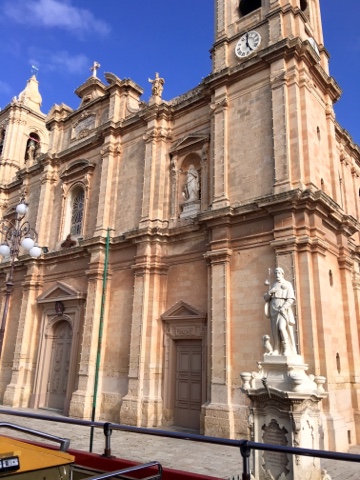 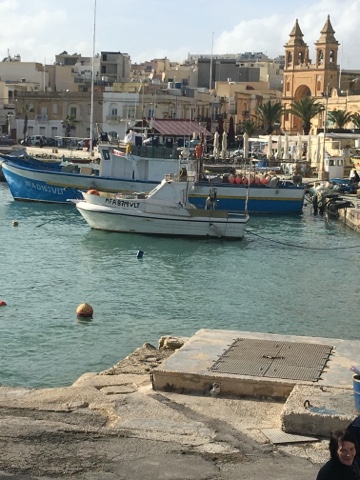 We roll through a fishing village. 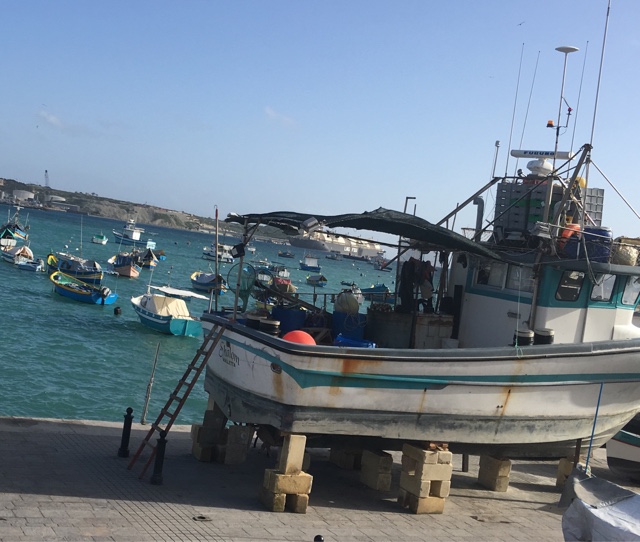 By now it's nearly 3:00 p.m. And we have time for only one more stop, since the bus, advertised as running every 30 minutes, runs only once per hour in the afternoon - suckahs! 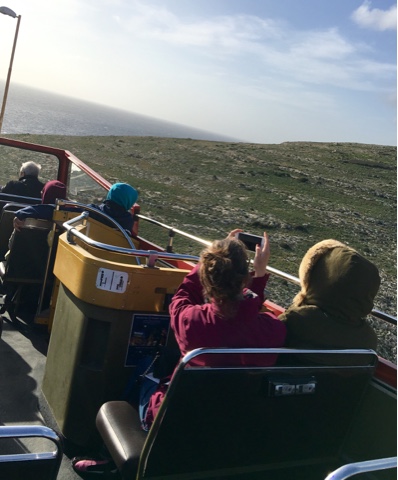 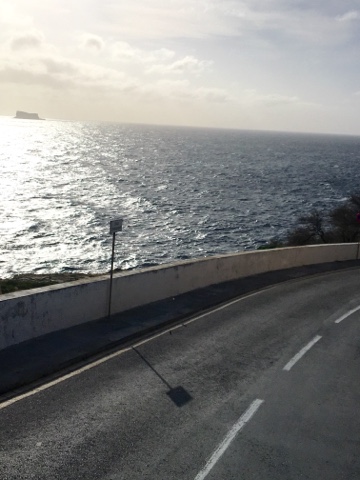