Bamboo seedlings? Not exactly.
This modern museum displays examples of one of the 20th century's most important archaeological discoveries in China.
The discovery in October 1996 eventually led to the unearthing of 100,000 bamboo slips and wooden tablets, inscribed before the Chinese invention of paper with symbols documenting military, economic, cultural, and geographical information going back over 1,700 years.
It was fascinating but, like young children, our eyes were captured by the peacock carving at the exit, whose tail is made up of the root structure of a tree. 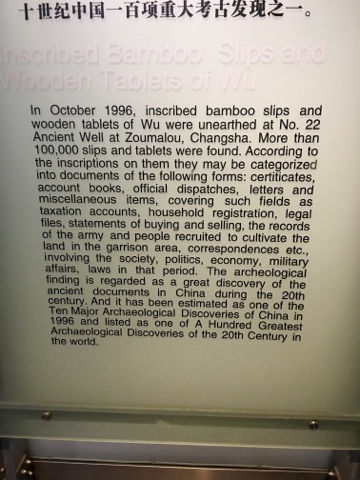 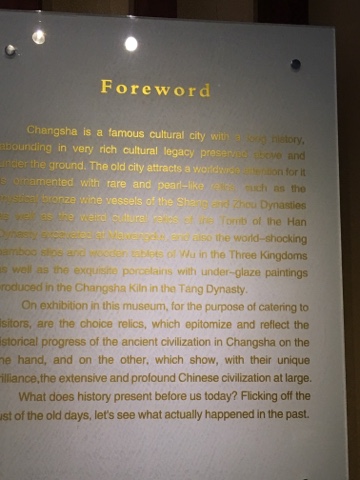 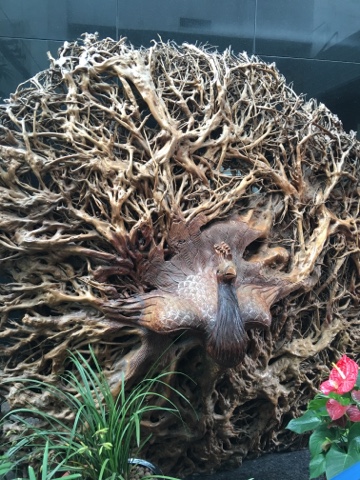