At the moment there is only one Metro subway line in this city of seven million. It's a fairly new one and for some reason it has been named Line Two.
At some point there will be a second line, which presumably will be dubbed Line One. Don't ask us why - we're just visitors here.
After some labored discussion with the ladies at the front desk about places to visit along Line Two, we hopped on a train (a Metro entrance is literally 50 feet from our hotel) and rode all the way out to West Weixi Lake, the end of the line.
Incidentally, even though the signs in English read "Metro," the locals we've asked are unfamiliar with that word. 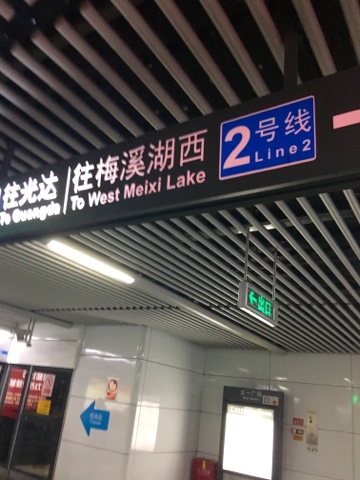 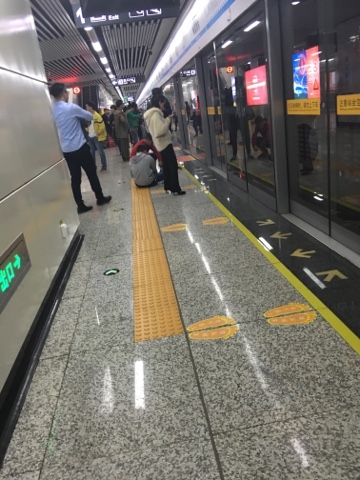 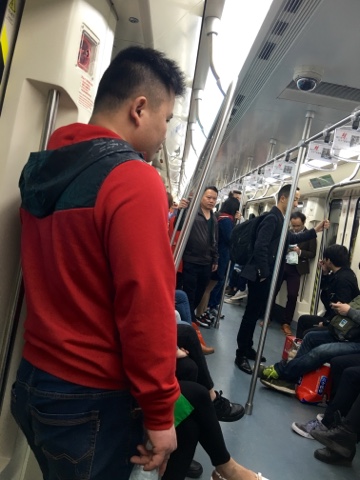 We exited at a construction area and couldn't find a way to get to any lake, so we hopped back on a train and rode a couple of stops to East Meixi Lake. 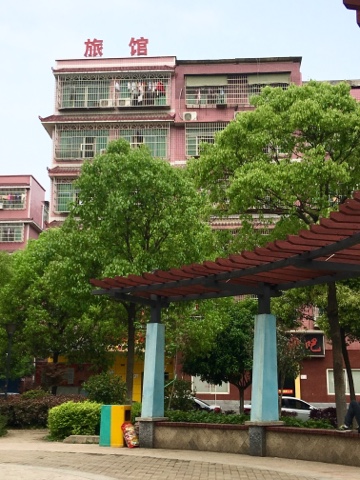 After wandering around fruitlessly for awhile, we decided to have one more try, crossed a major divided road, walked toward the bottom of a highway bridge, and eventually found ourselves at the lake.
It's all part of a fairly spectacular development of a new "ecological city" on the outskirts of Changsha. Across the way a large and ambitious "Arts and Culture Centre," looking more like a collection of stadiums, is under construction.
http://www.kpf.com/projects/meixi-lake
There are pedestrian bridges at each end of a little island, and we spent a pleasant half-hour strolling around it.
Amazingly, the entire area was virtually deserted, other than at least five sets of brides and grooms we encountered at various spots having wedding photos professionally taken.
It was a very pleasant place to stroll, and a space that would be an asset to any European or North American city. 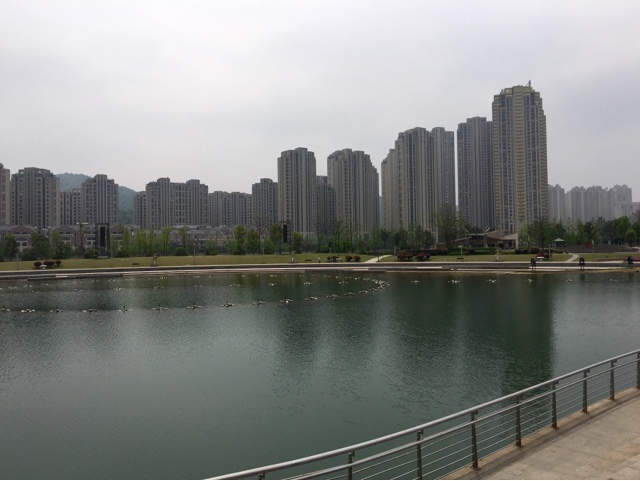 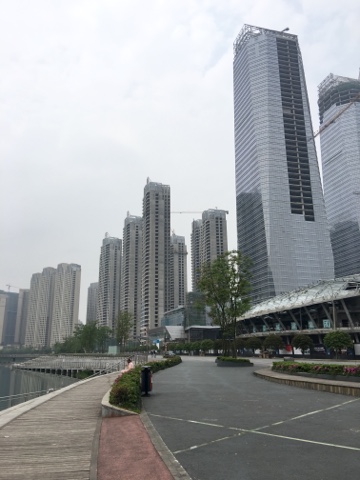 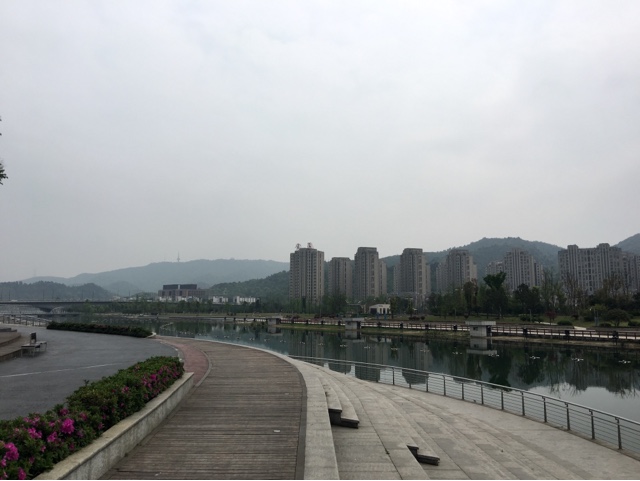 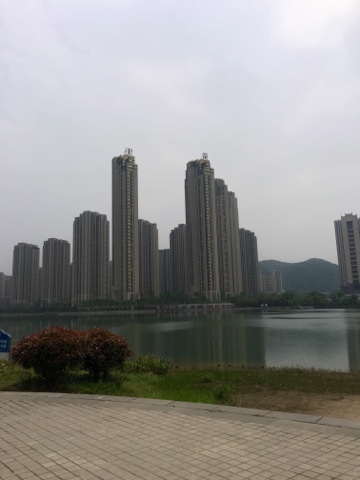 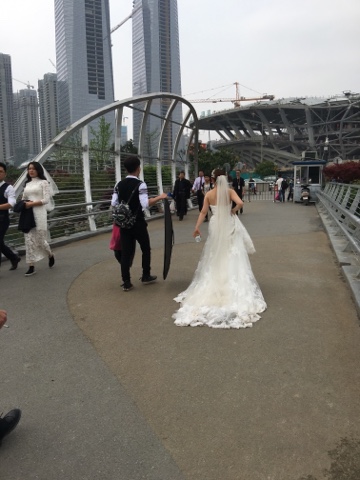 Just as we were getting a little hot and thirst we came across a cute little bar and rewarded ourselves with a Heineken (they had no Tsing Tao available). 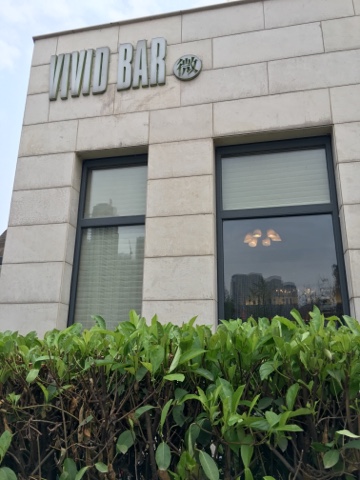 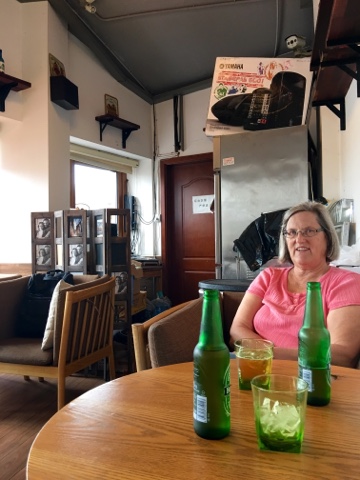 The French Fries at the next table looked so good that we split an order, deciding we still prefer them to Stinky Tofu.
Then it was back across the scary intersection, back up the street to the Metro station, and back to our hotel, being sure to read the instructions (see below) for passengers as we entered.