We were at the train station bright and early, with tickets and passports at the ready.
There were only two cars on this train and the crew invited us to board the closer one to save Kathy a walk. They should have seen her at Machu Picchu.
We had the four places all to ourselves,and the train itself was very attractive. 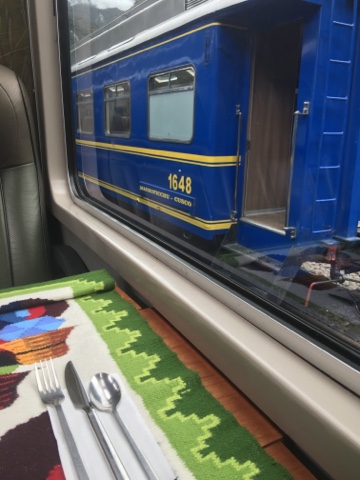 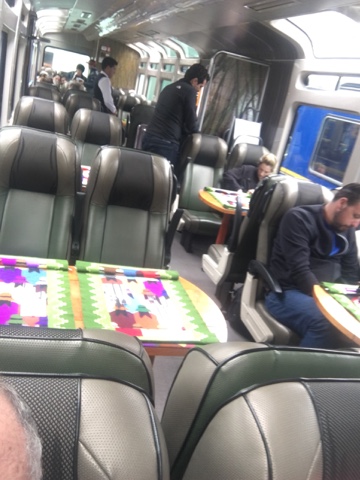 The tracks are mostly along the very scenic Urubamba River. The river, coupled with the majestic mountains, reminded us of a more tropical version of Durango-Silverton Railroad centered in Kathy's home town. 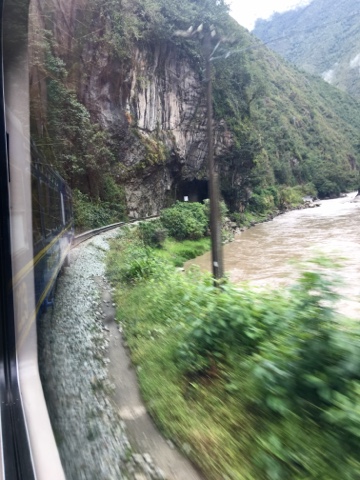 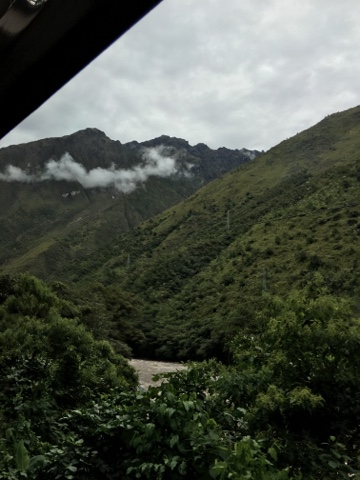 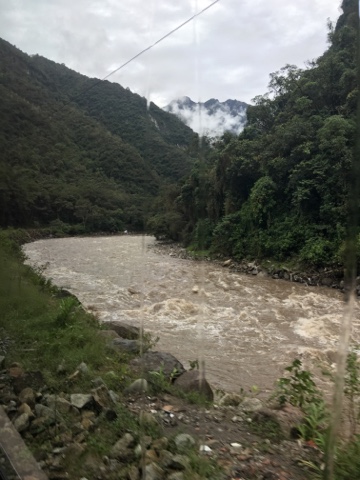 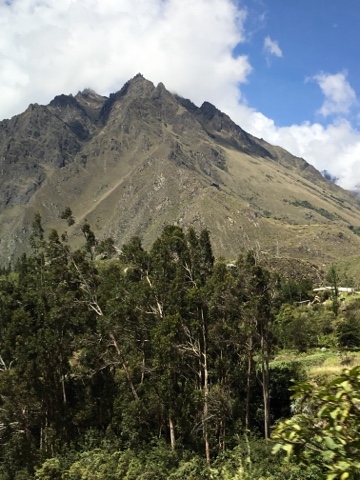 Soon the crew served a snack, a forgettable pastry stuffed with quinoa. We hadn't known that this grass originated in the Andes three or thousand years ago, and that its very name comes from the ancient Quechua language that many still speak. 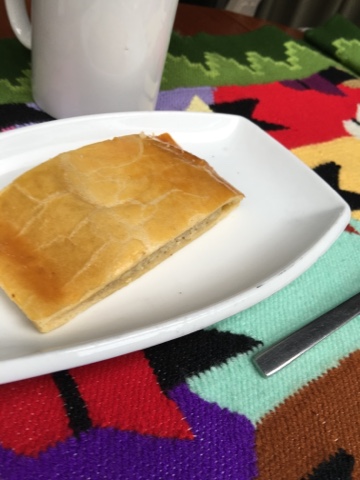 The ride continued, interrupted occasionally by stops at sidings to let oncoming trains through. 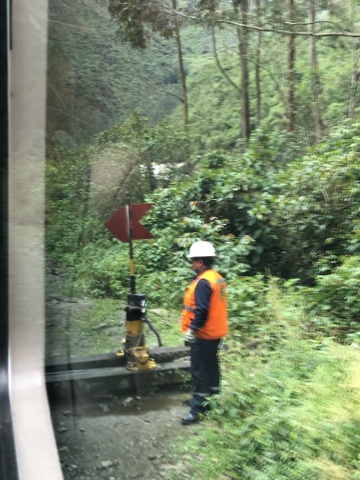 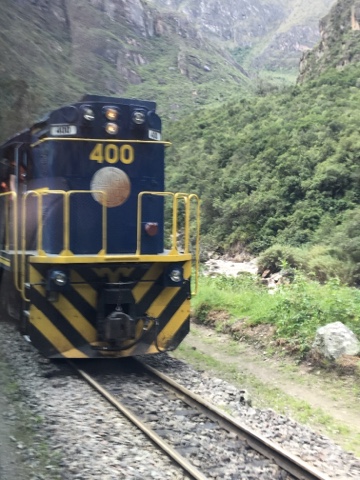 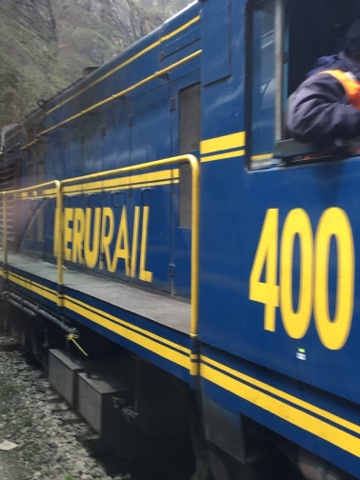 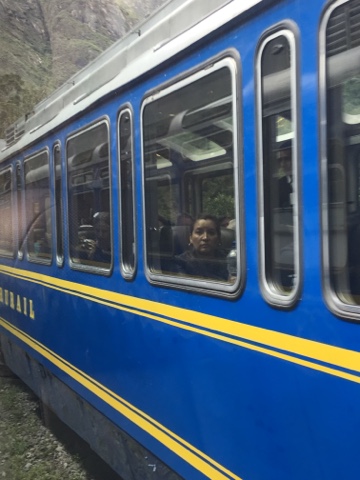 At one siding an interesting family group were apparently trying to sell flowers but we saw no way anyone could get off the train to buy them. 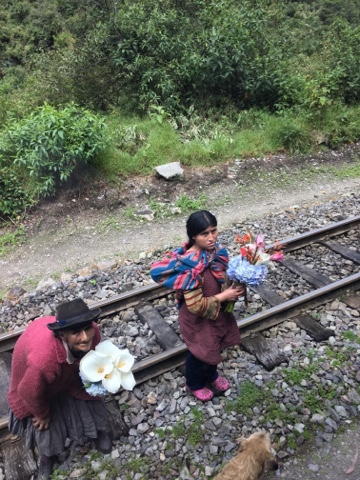 Then the fashion show started for the captive audience. First, an employee dressed as a devil of sorts danced in the aisle - an awkward moment when he took Kathy's hand and invited her to dance. 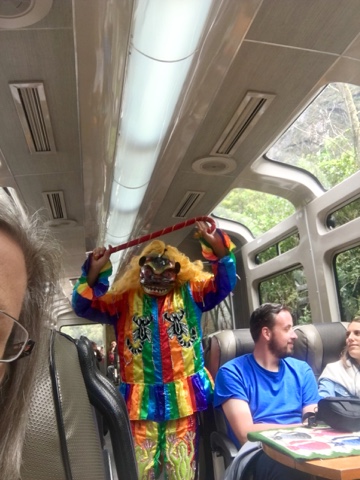 The employees then paraded through the aisle while modeling sweaters, jackets, and shawls. After that, they ran a cart filled with clothes past each seat. Kathy had to say "Non, gracias" three times before they moved on.
Okay, we were already annoyed with Peru Rail after our previous experience with their extortionate missed-train policy, but that's downright tacky.
The train finally lurched forward and we concentrated on enjoying the beautiful scenery until we arrived at Ollantaytambo punctually at 12:32 p.m. 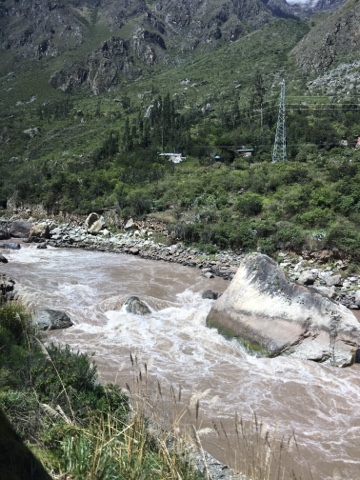 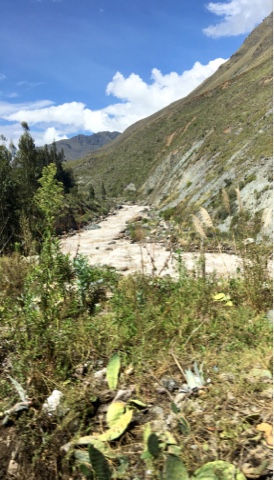 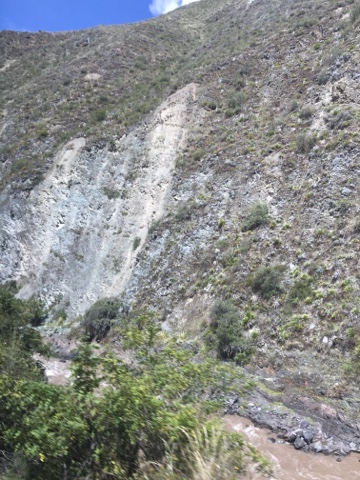 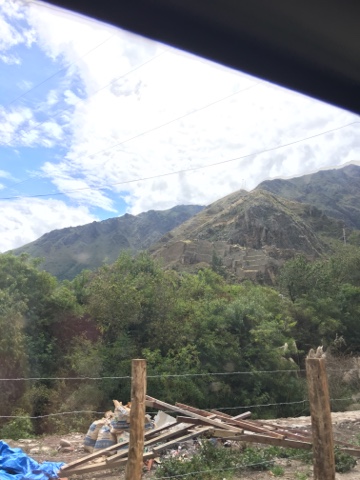 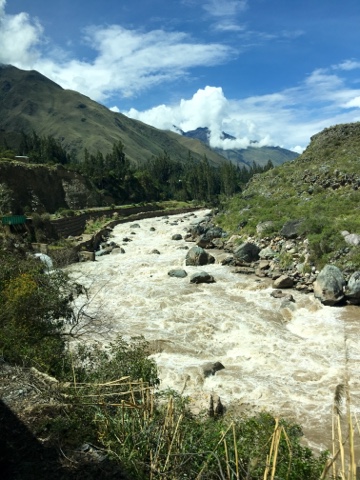