We were among the first in the airport arrivals area from our flight, as we hadn't checked any luggage.
The Immigration inspector spent quite a bit of time asking each of us questions ("Why you come to China?") to which we gave the same truthful answer we'd checked in the arrival form: tourism.
In any event, we couldn't locate the driver supplied for us by Hainan Airlines as part of our (cheap!) Business Class flight. Our young Flyertalk friend, Paul, had mentioned he was also staying at the Crowne Plaza, so when he exited the secure area and met up with his driver, we asked for help.
After phone calls by the driver and a helpful passer-by, we were under the impression we'd be hitching a ride with him and Paul. No, that wasn't the case, but down in the parking area our driver showed up and off we finally went.
We had gotten an email during the flight indicating our driver had been switched, complete with new cell phone number, so perhaps that was the source of the confusion.
We already confirmed what we had read in advance - not that many folks here speak much English, and that extends to our hotel's employees.
Still, we learned that they had upgraded us to a suite, and it's quite luxurious. It will be a fine place to spend six nights. 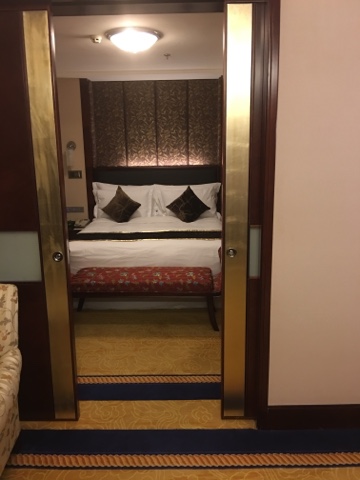 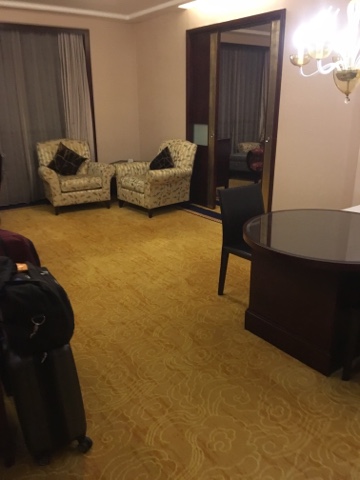 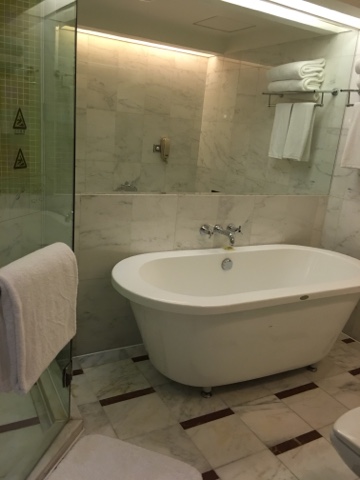 The lounge on the top floor (25) is elegant, spacious, and largely deserted. 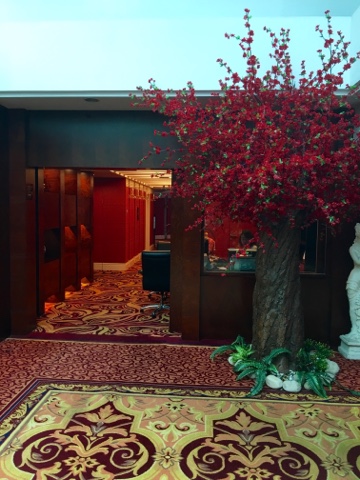 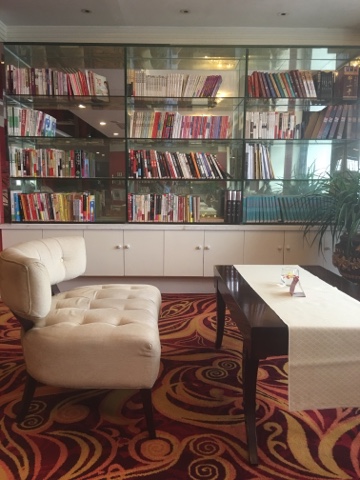 It seems to take the young lounge attendant nearly 10 minutes to prepare coffee - why that is we don't exactly know. 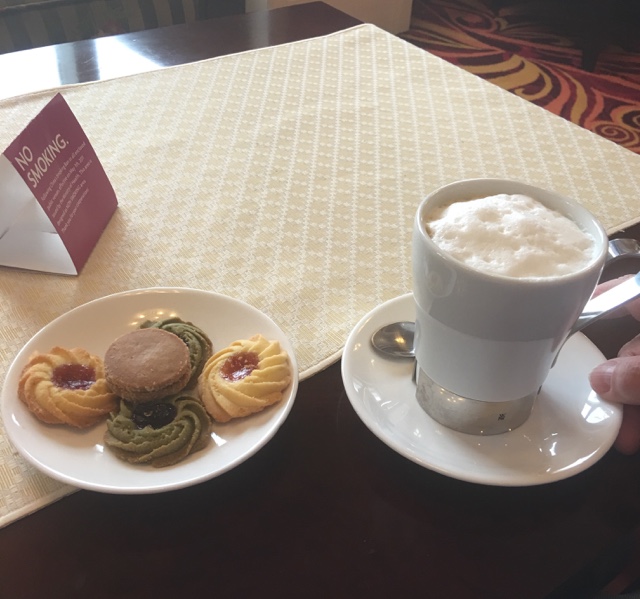 From the lounge window (when the smog lifts) you can get a peek below of skinny Orange Island between the two high rises at the far left. That is the location of the large statue of the young Chairman Mao... 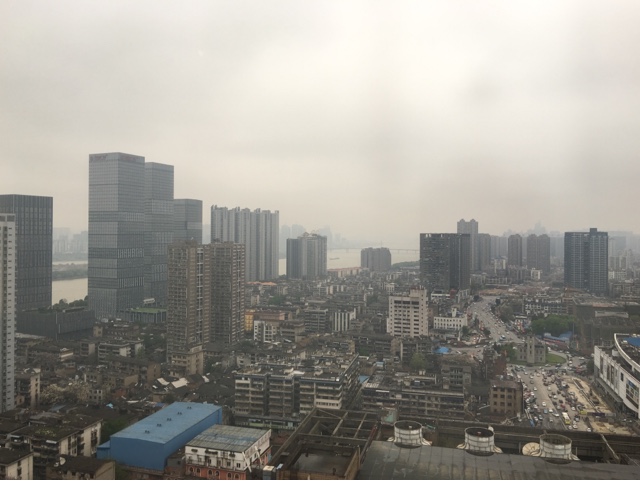 A nice place to eat a bountiful buffet breakfast... 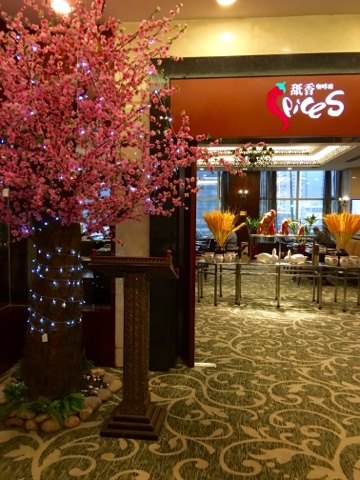