It was rather amazing this morning to run into two Australian Flyertalk friends, Fiona and Russell, as we ate our (free) breakfast in the Hilton Garden Inn restaurant. They're with a daughter, her partner, and a friend.
That's our second consecutive trip that we've run into Flyertalk friends, all of whom we'll see next month at Oz Fest on Australia's Gold Coast. Small World strikes again!
In the course of chatting, they mentioned that taxi rides are cheap, five Peruvian Sols, about US $1.50.
We used that knowledge to ride down the hill from the Hilton Garden Inn. 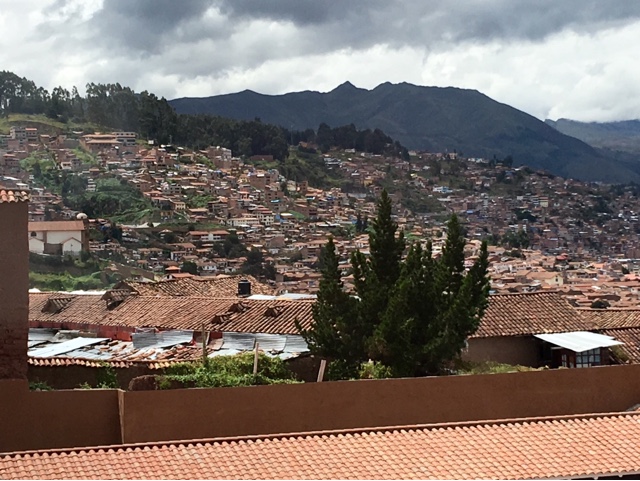 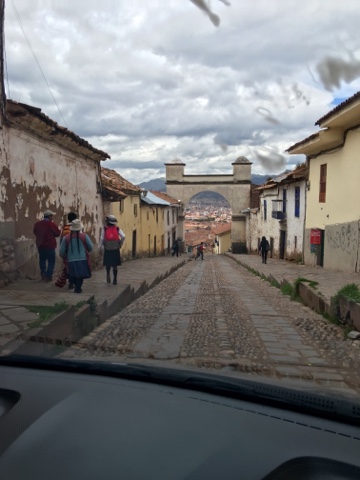 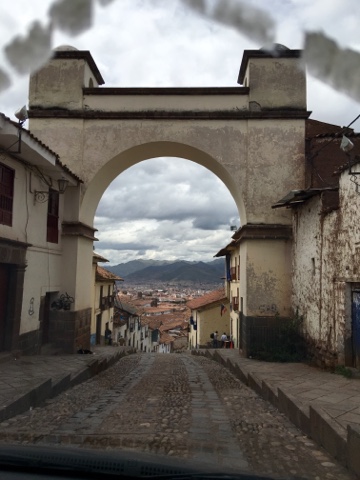 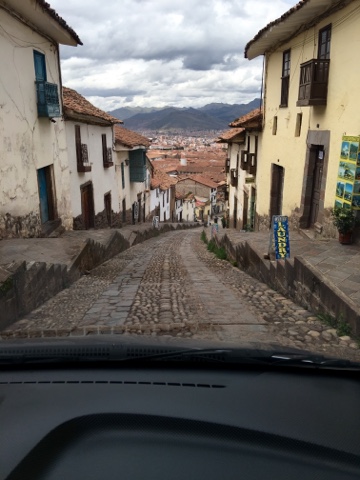 We first stopped at the agency that sells the actual admittance tickets to Machu Picchu, after which we walked over to a square. There we saw a large crowd of people sitting on the steps at one end, some of whom were carrying red flags. Standing discreetly behind them under a portico were as many as 20 riot police, equipped with those large shields. 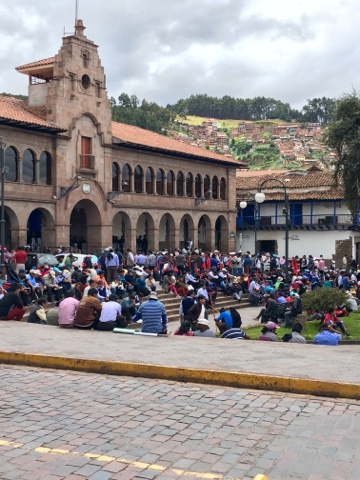 We decided to vamoose, and caught a taxi at the other end of the square to take us to the office selling bus tickets from Aguas Calientes to Machu Picchu. 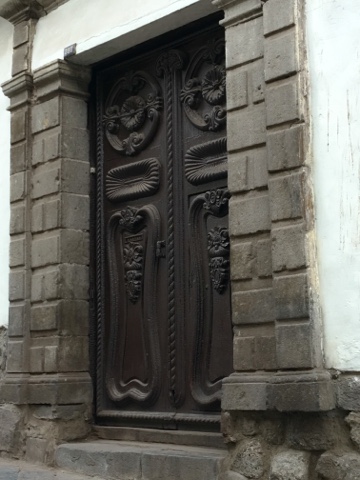 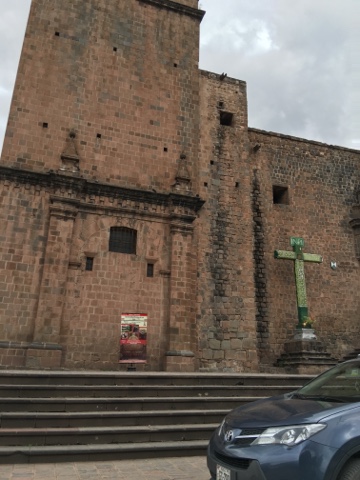 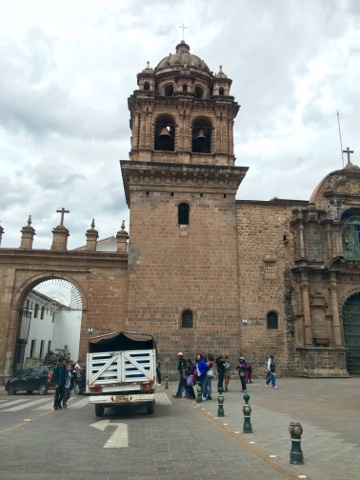 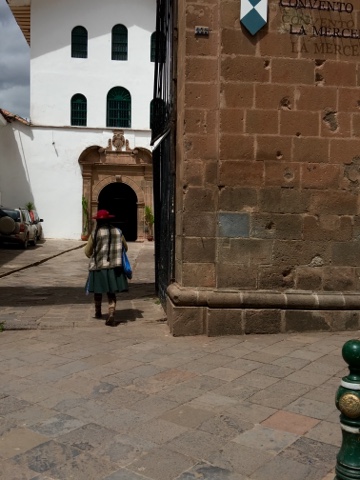 From there we caught a third taxi back to our hotel, passing the same demonstration along the way, now more active but still peaceful. 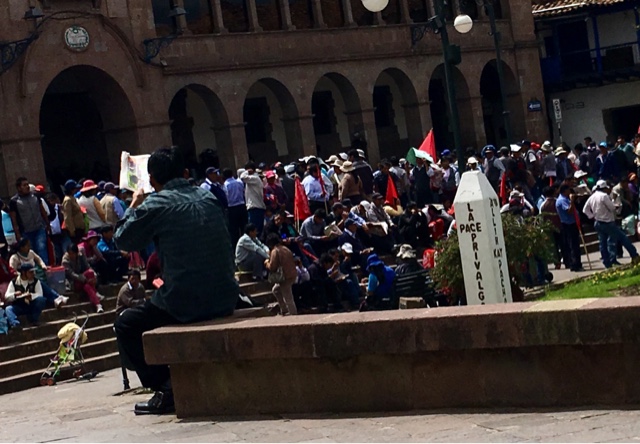 Now there are motorcycle cops keeping an eye on things as well. 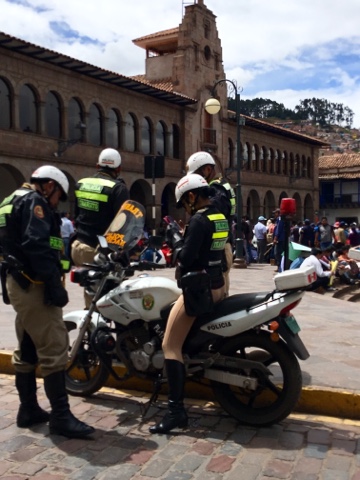 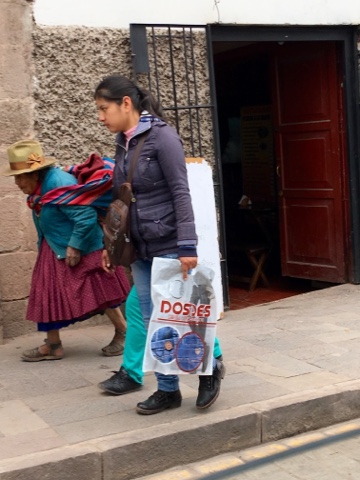 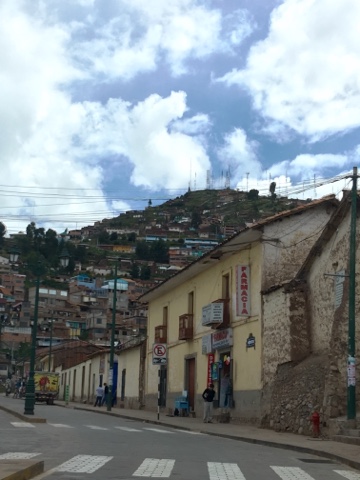 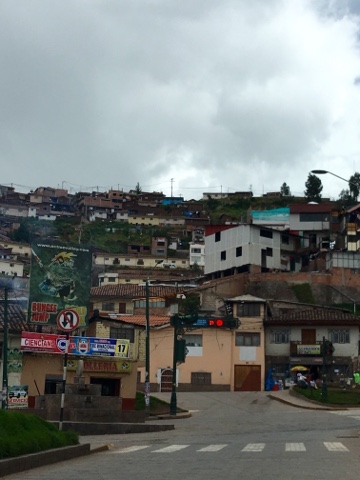 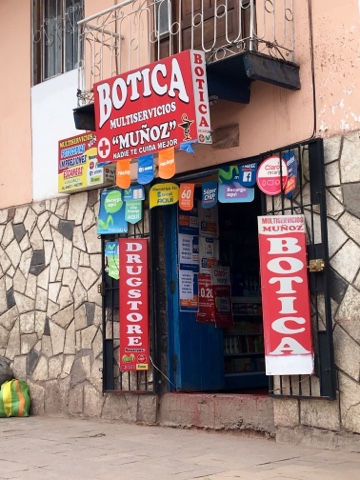 After returning, we took a very short walk, but the terrain fairly vertical and we soon retreated to the Hilton Garden Inn. 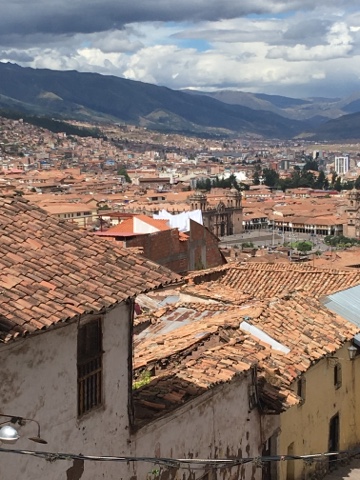 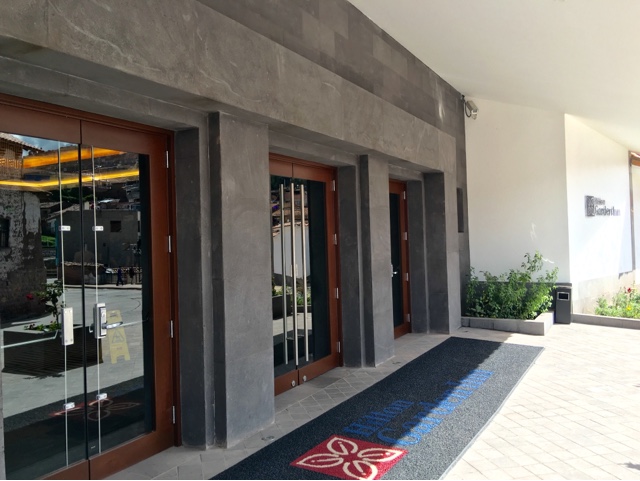 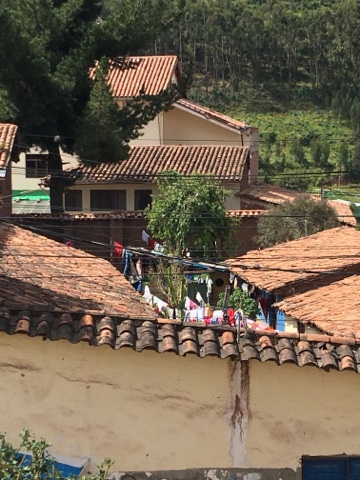