Our flight from Linate to Heathrow was somewhat marred by a weird young American whose behavior included stretching his long legs up to plant his feet high on the bulkhead both in hotel slippers and bare feet. He giggled loudly at a video he was watching as well. He wasn’t content simply  to recline his seat, but he was bouncing around in his seat from time to time, and banging into the knees of the passenger behind him - Kathy. 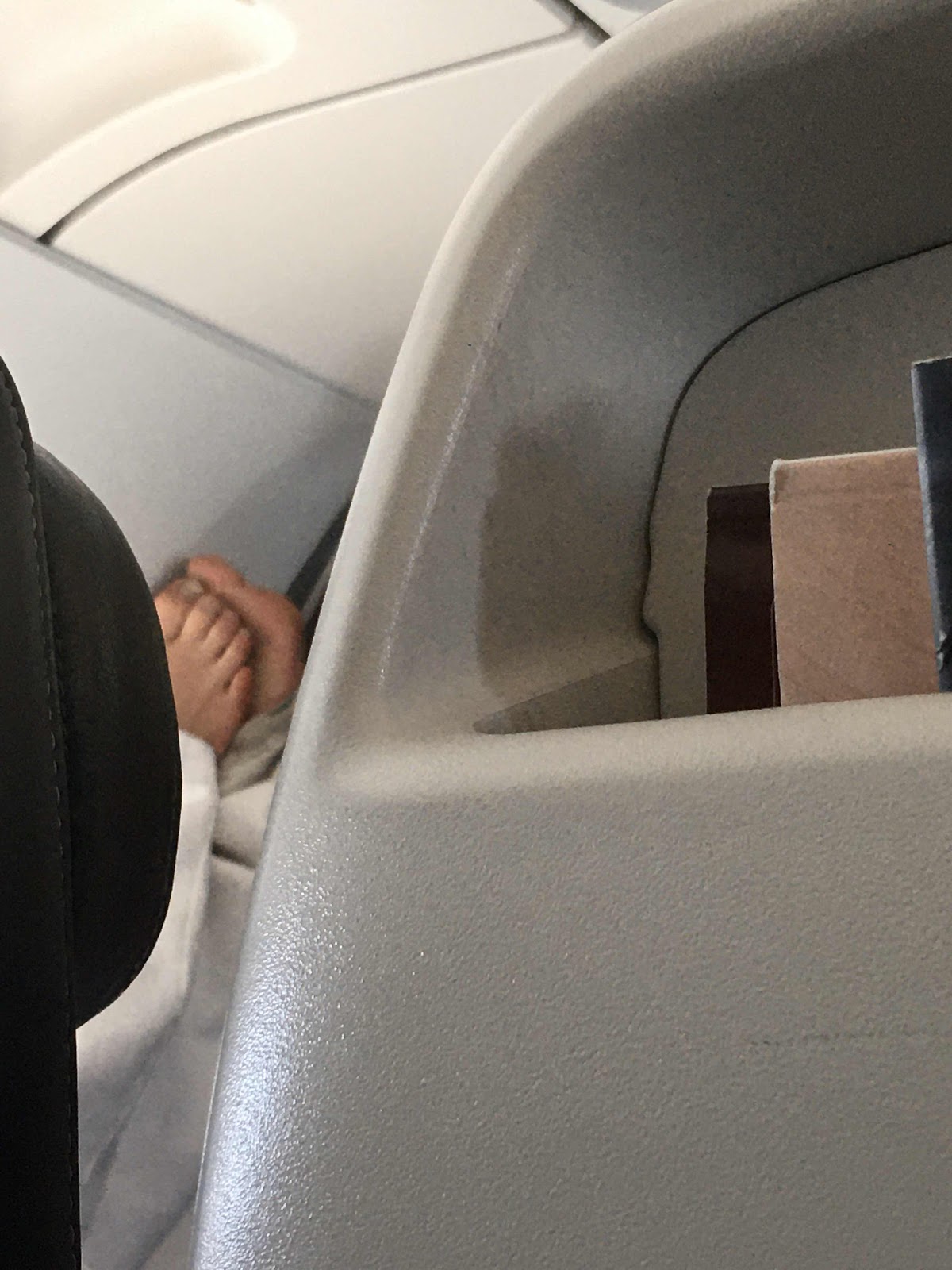 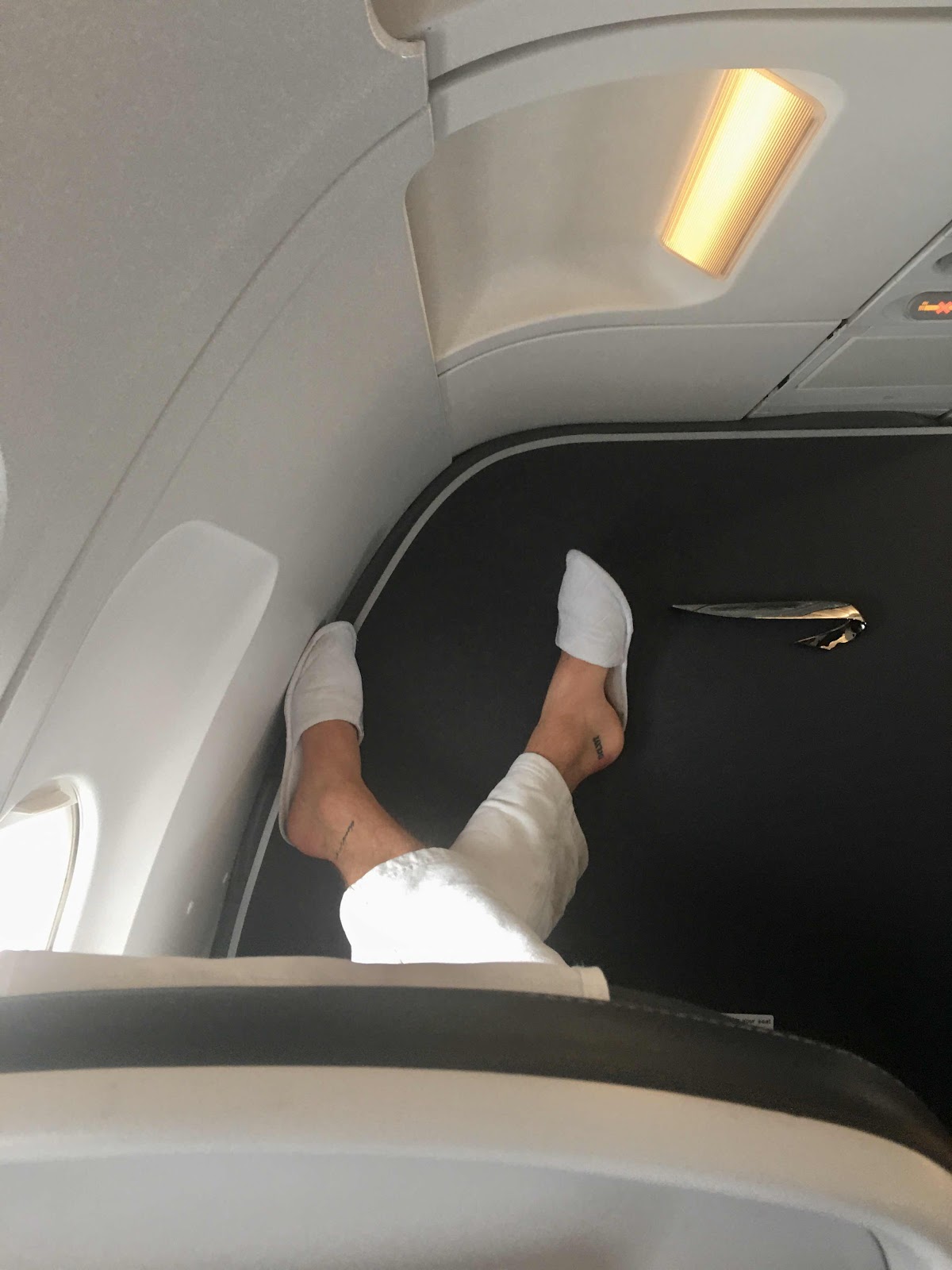 There’s not much pitch (distance) between seats in Business Class on a BA A319, and Kathy finally asked him to be so kind as to not slam his seat back into her knees, to which he grudgingly agreed. The cabin crew confided in Kathy that he’s been drinking too much and kept an eye on him. The remainder of othe flight passed with a minimum of two-year-old behavior on his part.
Our flight landed on time and the FastTrack line in Terminal 5 was non-existent, giving us ample time to visit the Concorde Room, and to dine rather elegantly before boarding our flight. 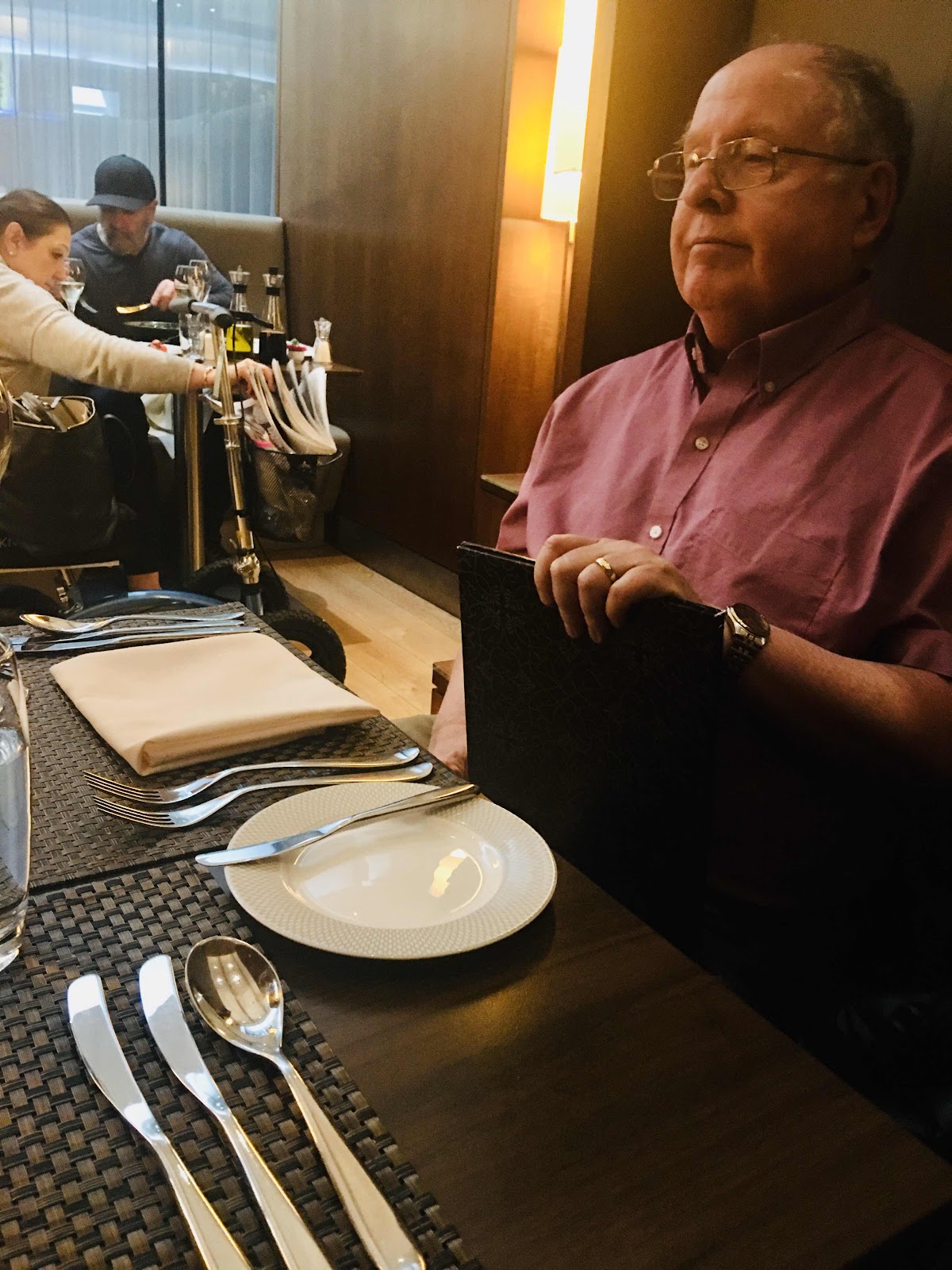 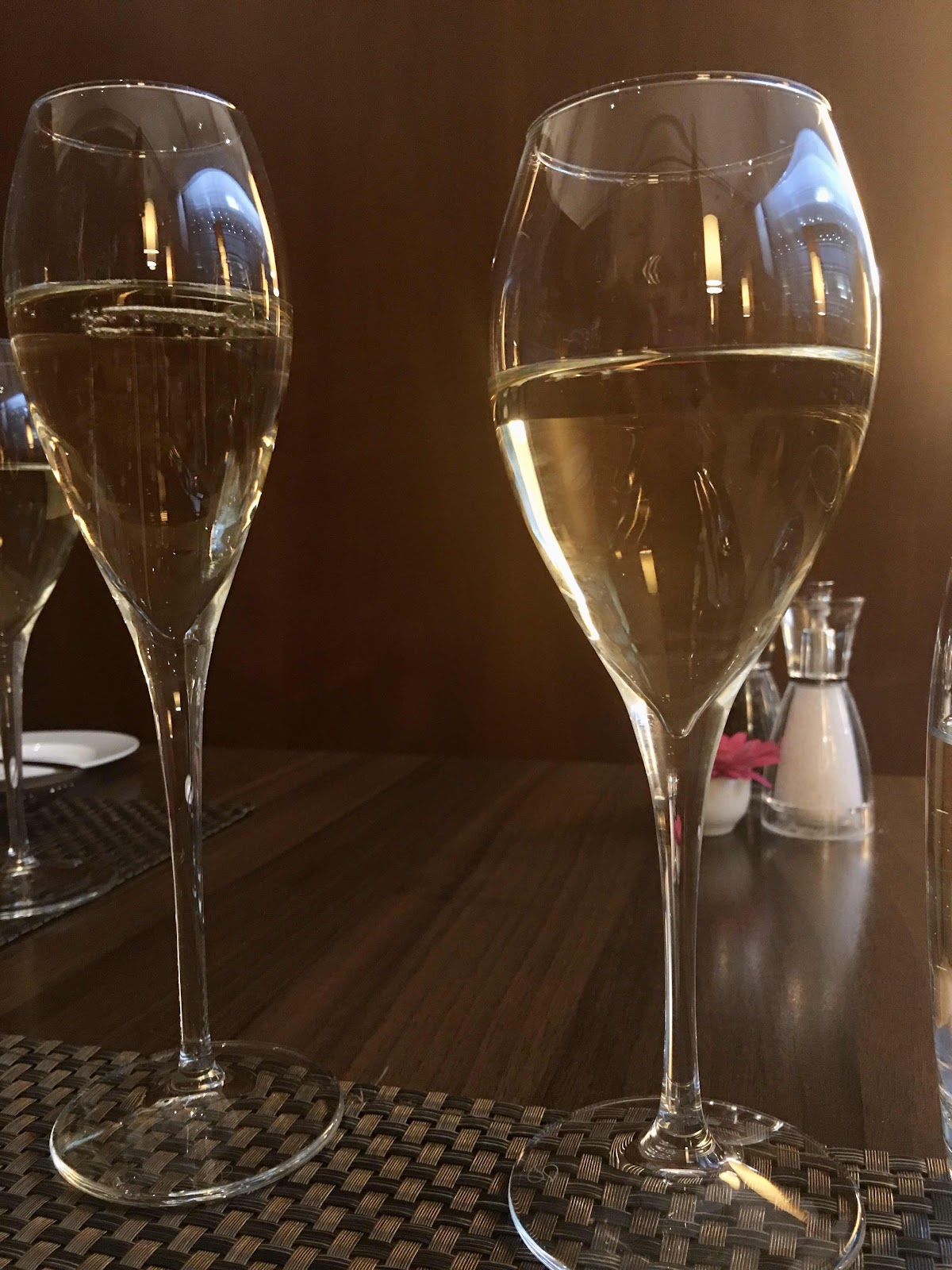 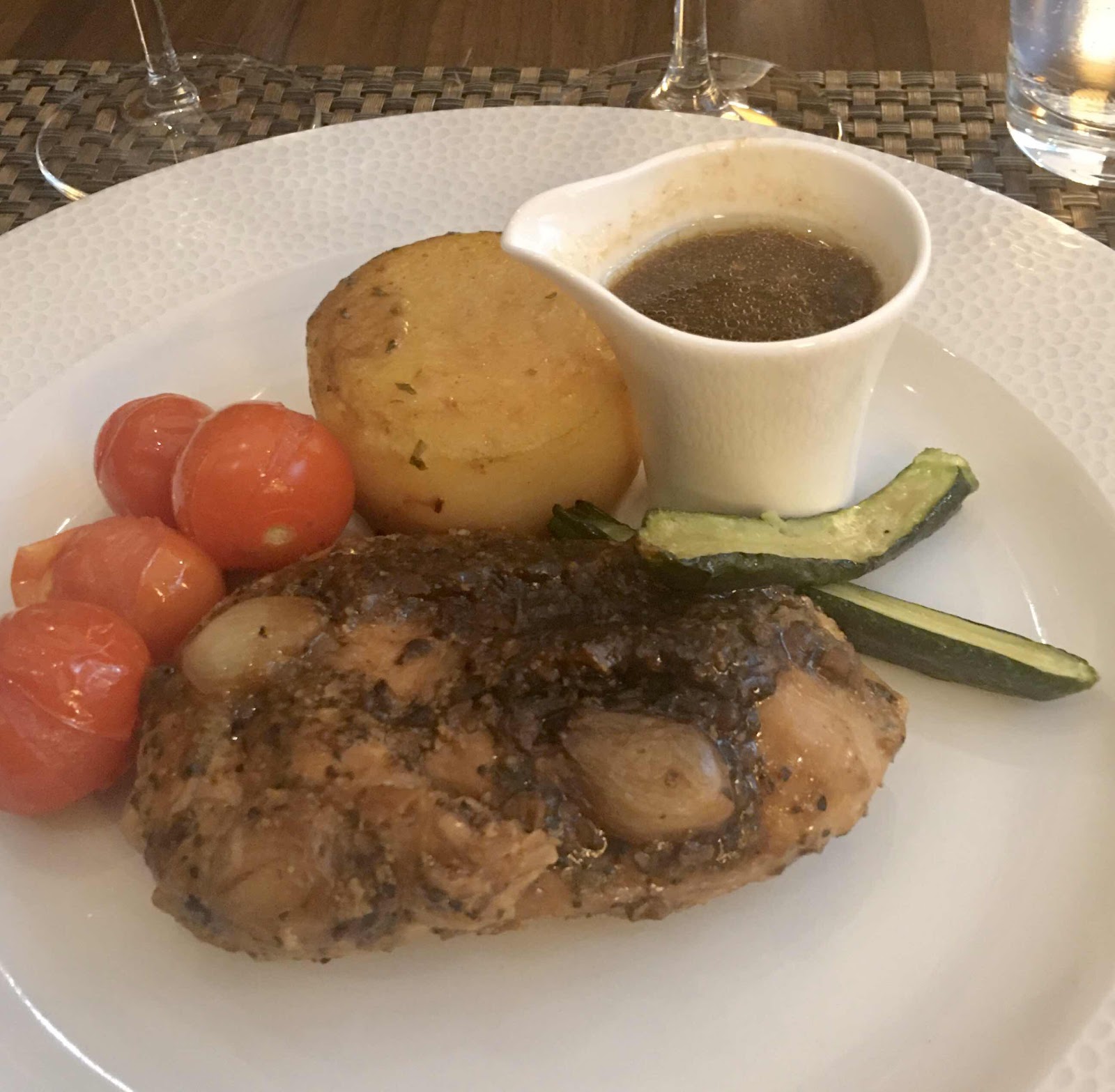 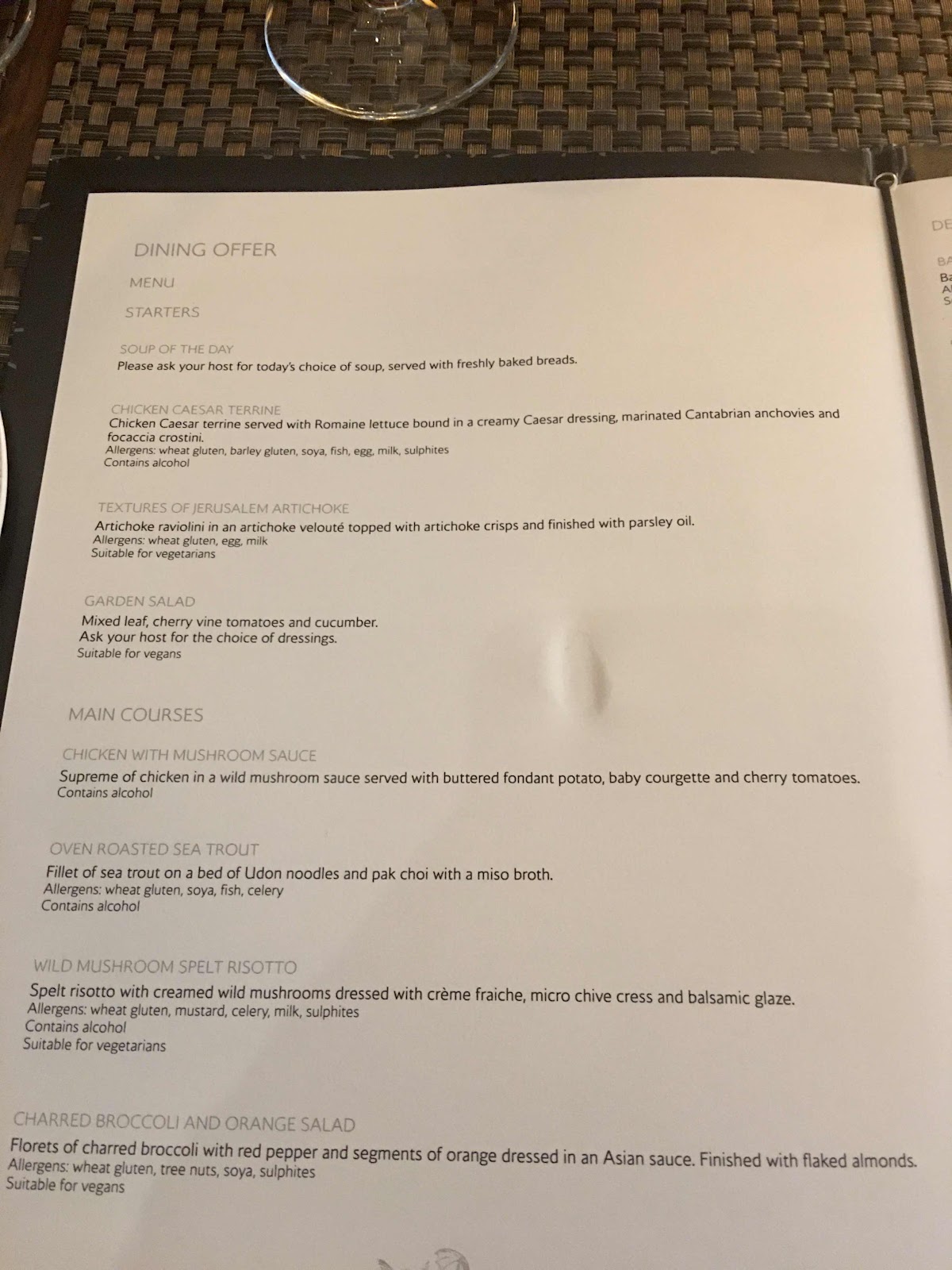 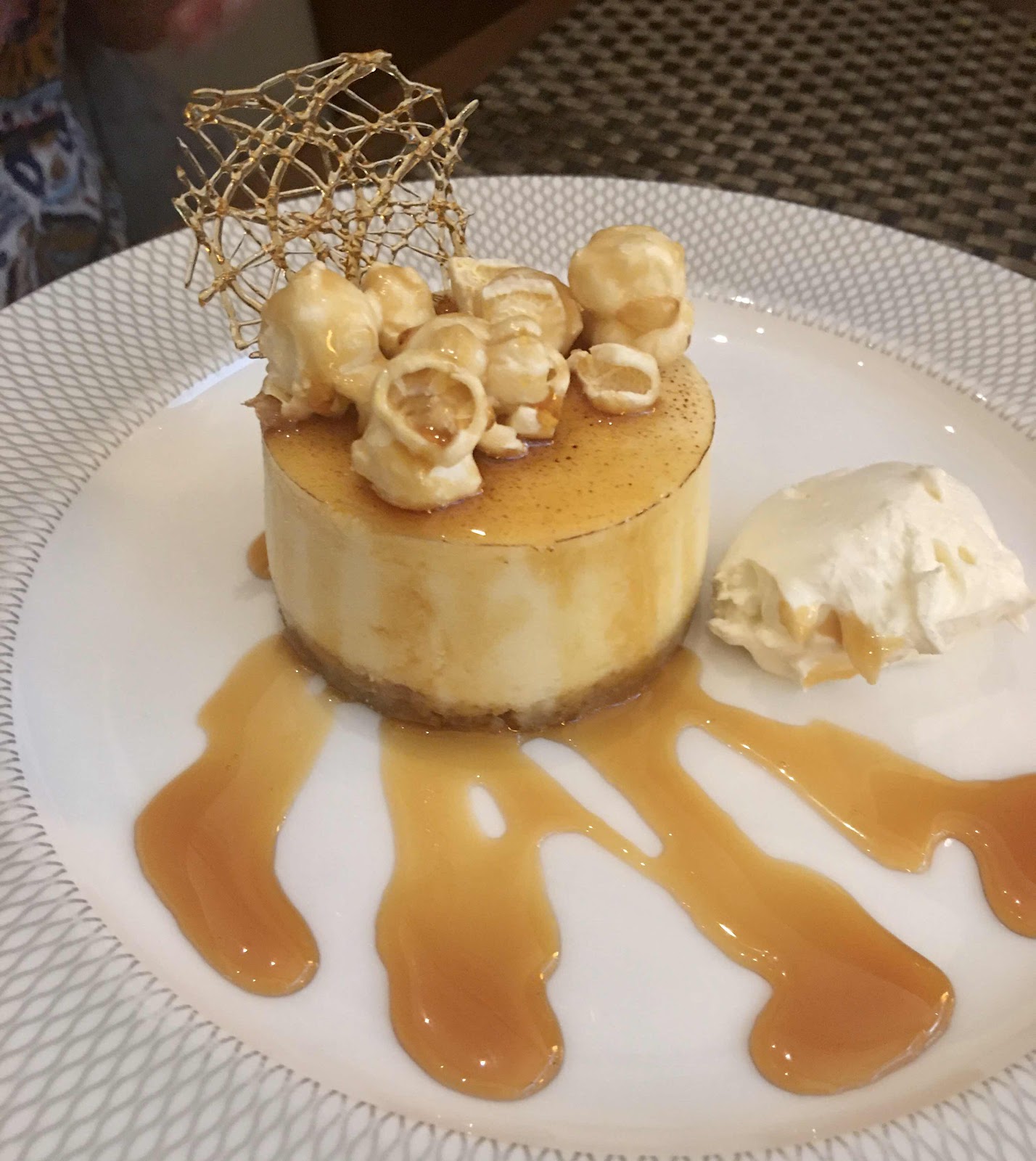 We exited out a back door with the other beautiful people, took escalators down three floors, and caught a train to the C Gates. 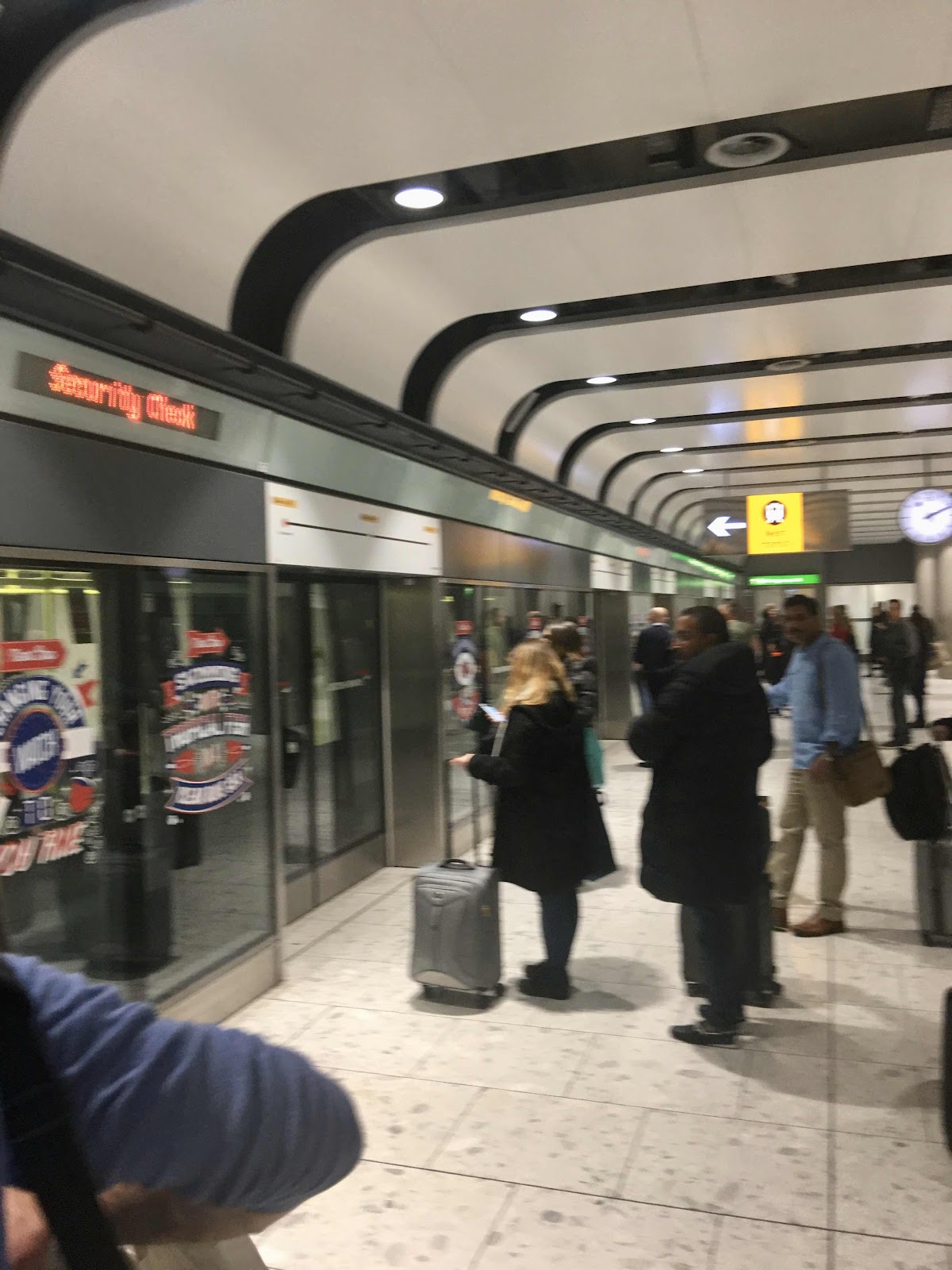 We boarded the BA 777 that was to be our home for the next hours. These newish First  suites are wonderful. 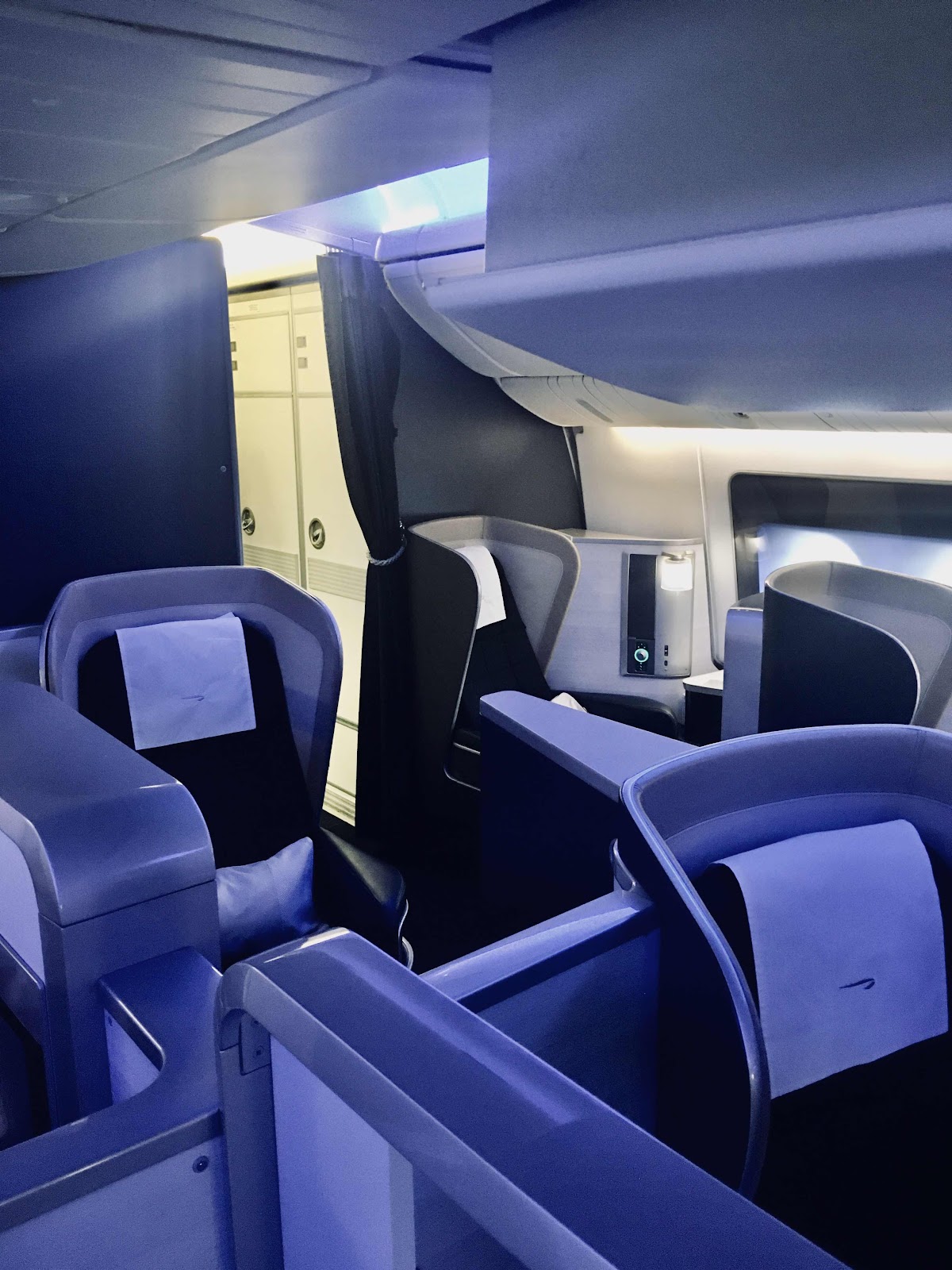 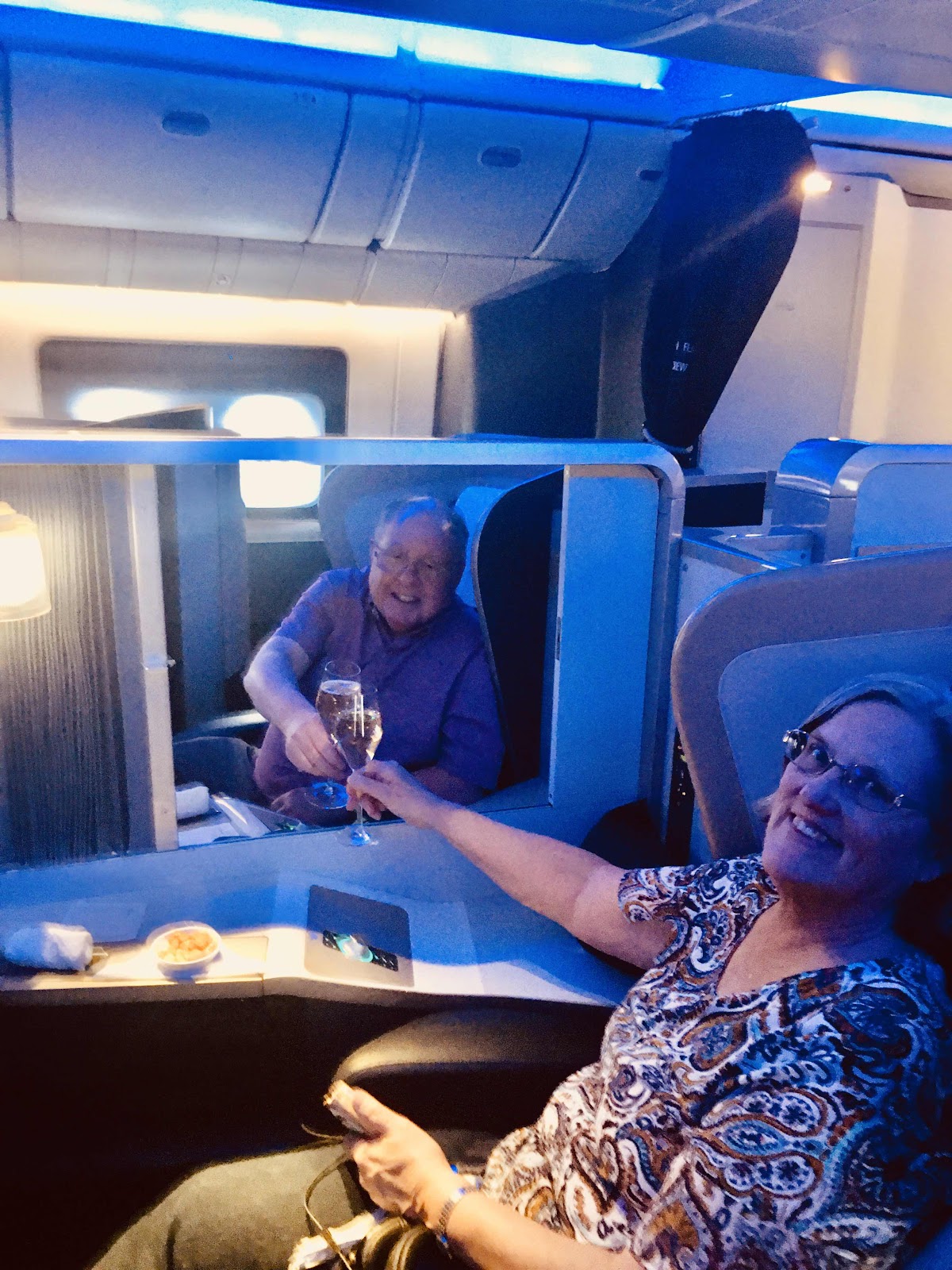 We both slept for a few hours, and felt rested enough to enjoy some snacks, the “Poshcorn” recommended by son Dave, along with some “crisps” for Brian, and a lovely cheese plate for Kathy. We shared. 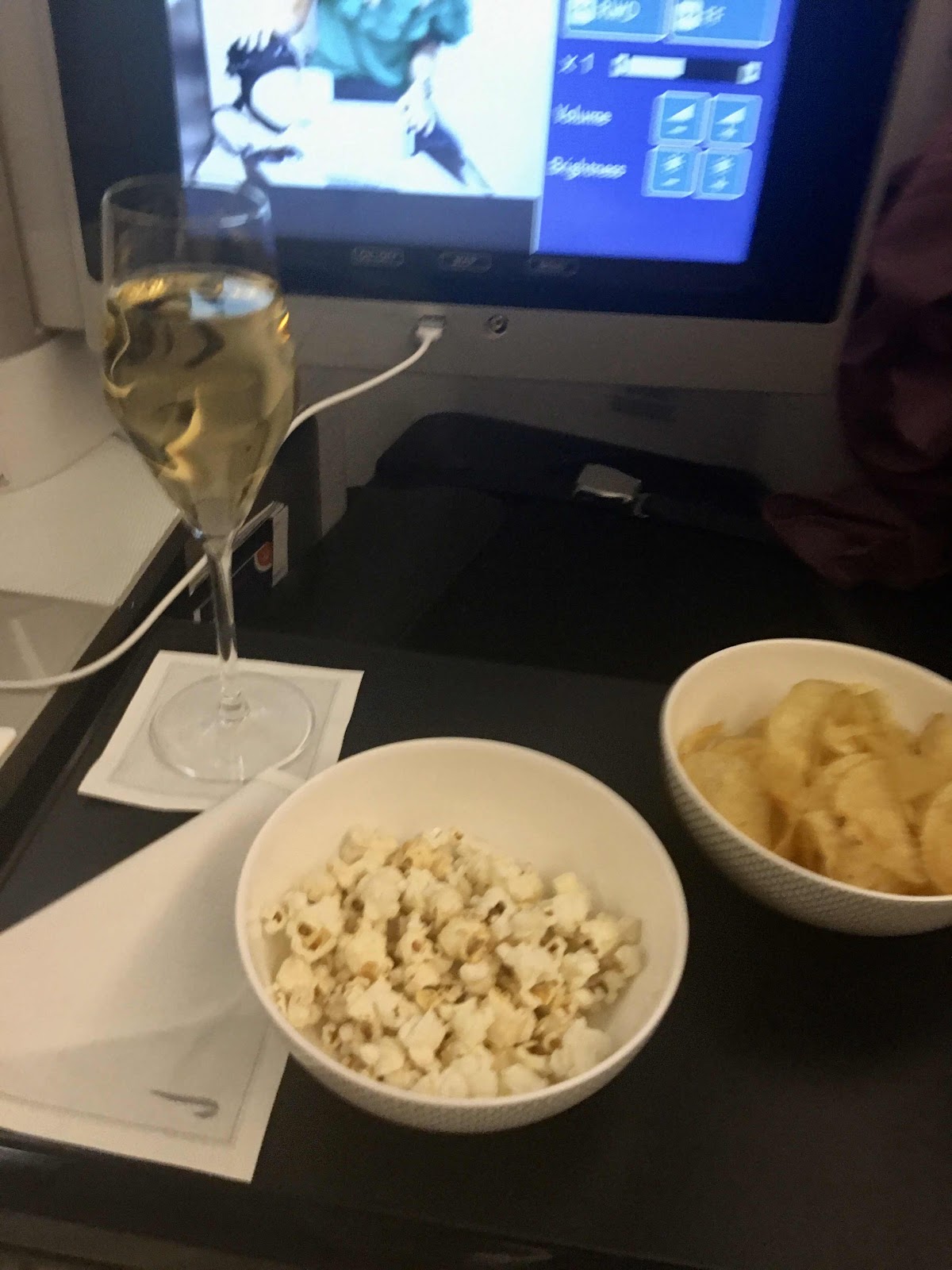 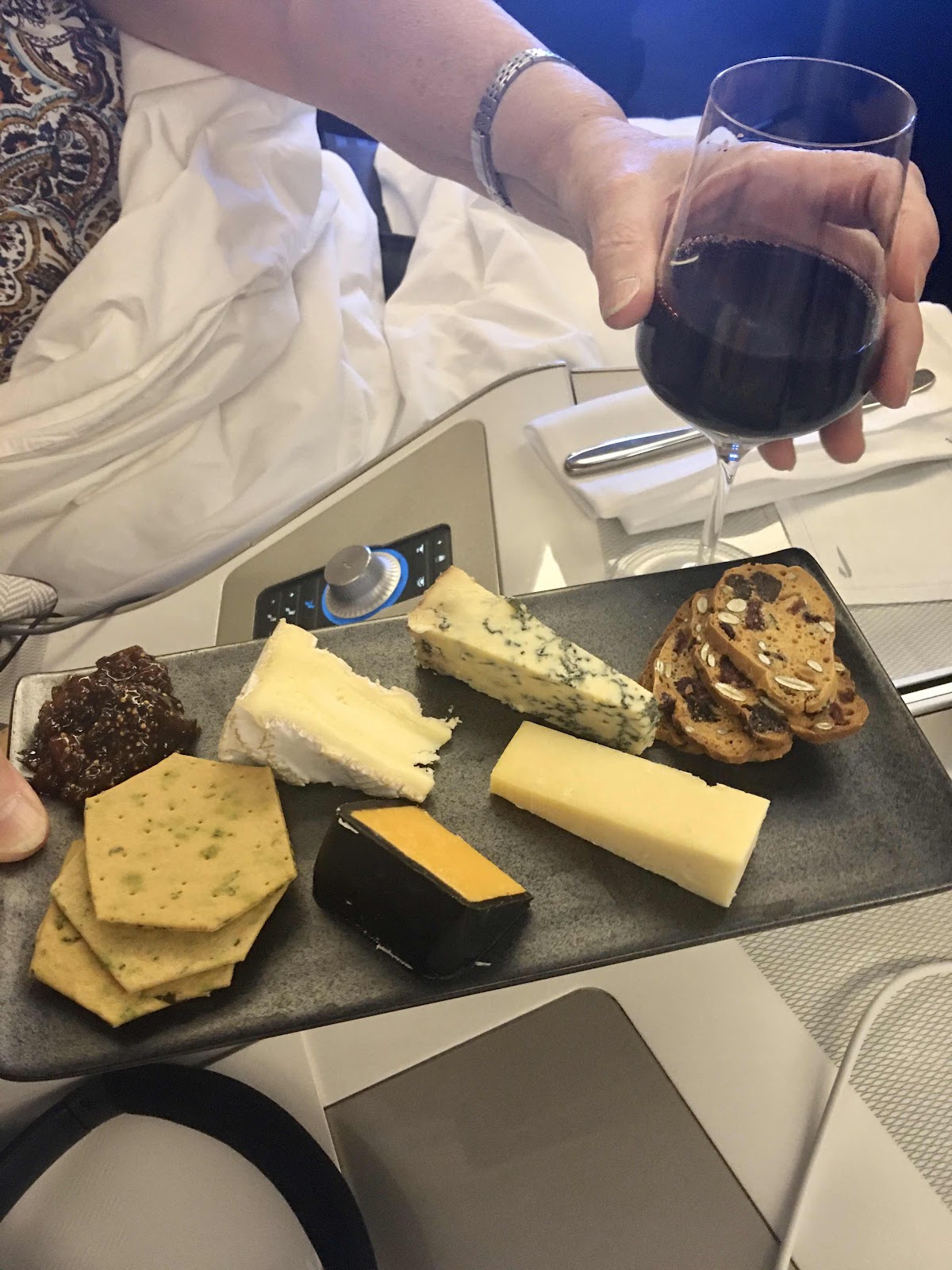 There’ll be time for “tea” before we land, with various sandwiches and, of course, scones and jam and clotted cream.
A delightful flight with a great crew. This has been British Airways at its best today.
Posted by Kathy and Brian at 3:33 PM