Basically, we found a bargain business class fare from Houston to Milan, so we arranged our own repositioning flight to and from IAH on Alaska.
The hotel was pleasant and cheap. Luckily we were awake anyway when a wake-up call in the connecting (grr...) room went off at some point after 5:00 AM.
We called the front desk and they realized it was for a guest who had already checked out. Just as we were nodding off, it started again. By the time we called, it had been turned off. We eventually dozed until nearly 9:00AM. Thin walls?
This morning on a lobby coffee run, Brian confirmed our 12:00PM late checkout with the front desk. No, it hadn’t been written down last night but sh was happy to oblige.
When we checked out, there was likewise nothing documented for the noon shuttle we’d requested, but the one summoned arrived within 10 minutes.
Our IAH-LHR flight is due to leave late and arrive early, a consequence of the recent storm Ciara and eastward tailwinds resulting in some record-breaking flight times. We were watching “interesting” LHR landings and go-arounds on YouTube just the other day. We’re hoping it’s all calmed down, but we’ll have to wait and see.
https://m.youtube.com/watch?v=Gln7T-xxE4k
At the gate - next stop LHR... 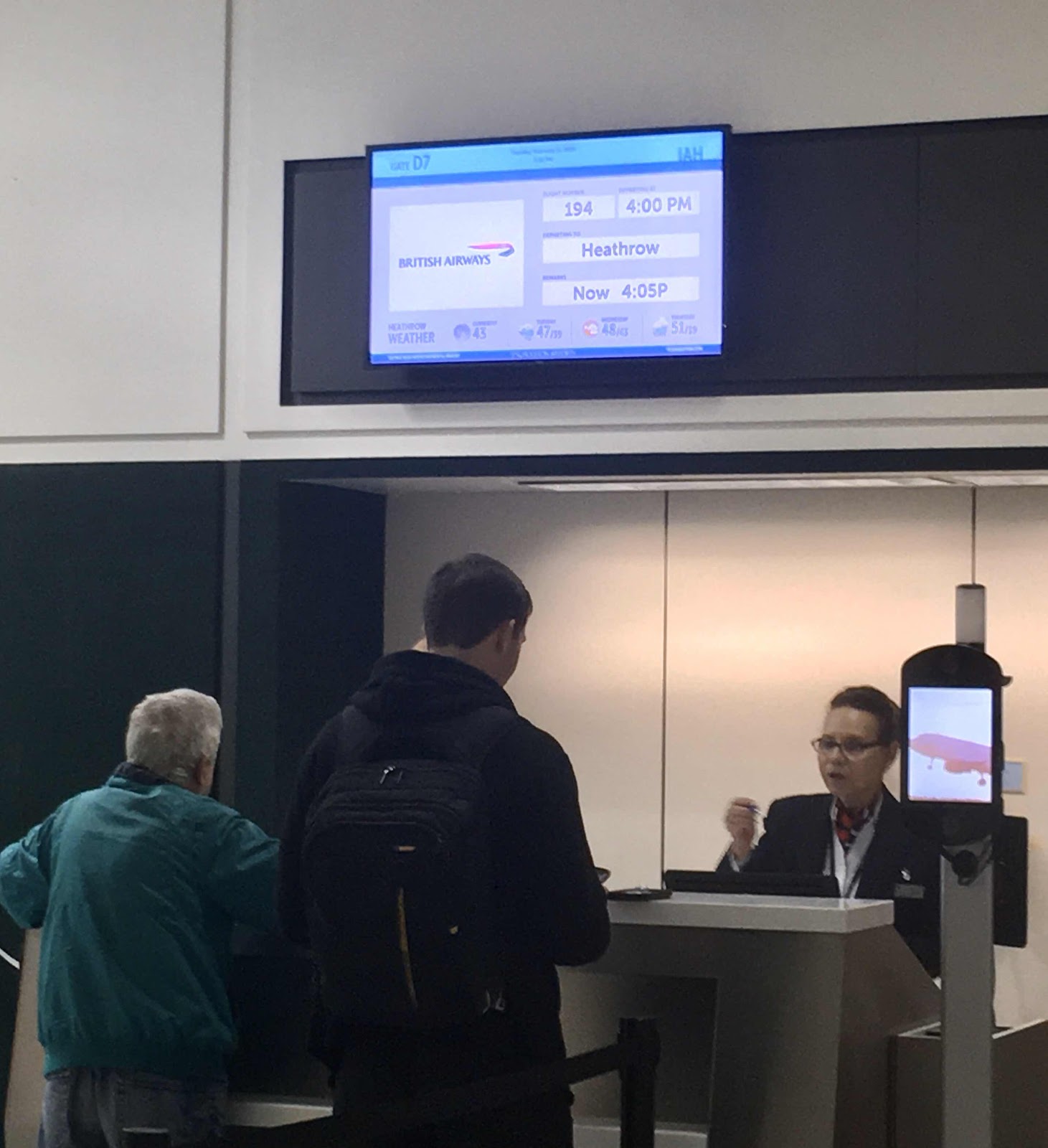 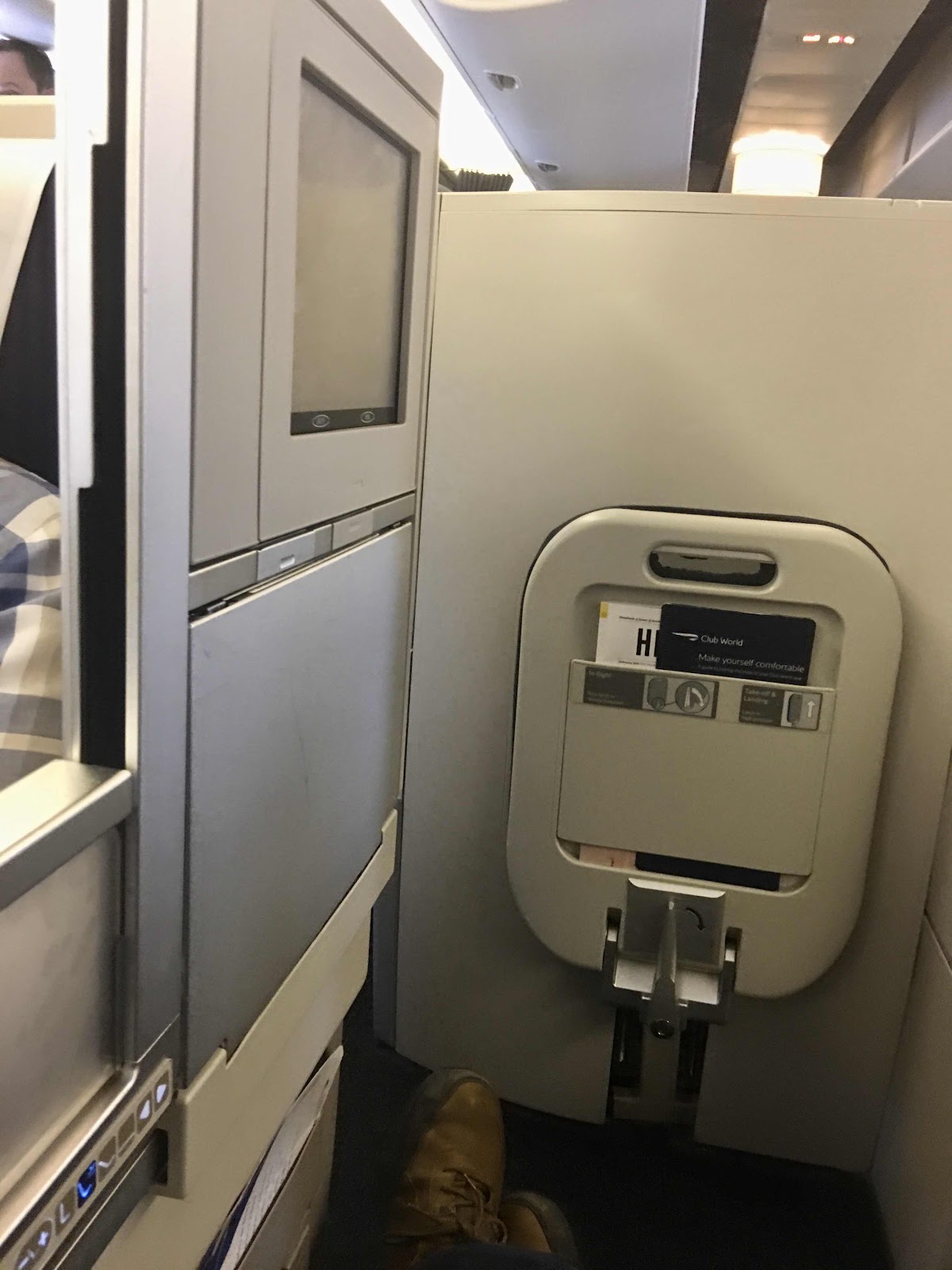