Hamayun's Tomb: The Inspiration For The Taj Mahal

After lunch we visited Humayun's Tomb, yet another UNESCO World Heritage Site. 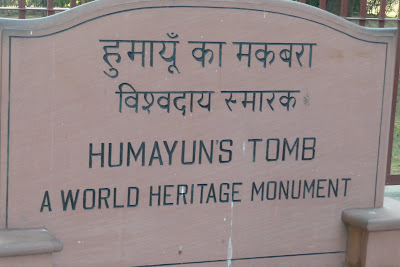 The Mughals were Asian descendants of the Mongol warriors Ghengis Khan and Tamerlane. Among other places they conquered was India, where they ruled between the 1500s and the mid-1800s.

Humayun was the son of the very first Mughal emperor. He ruled for a decade in the mid-1500s before being expelled. The Shah of Persia helped him regain power in Delhi, where he again ruled before dying a year later. His widow had the tomb built in 1569-70, 14 years after his death.

Almost as soon as we entered, we had a feeling of Déjà vu, having visited the Taj Mahal only two days earlier. Yes, we learned that Humayan's tomb was an inspiration for the Taj (built a century later) and for other Muslim tombs. It's set in a geometrically arranged garden intersected by water channels that probably symbolizes paradise. This tomb marks the first appearance of a Persian "double-domed" structure, and the first time a tomb was placed on a large platform.

As with the Taj Mahal, Humayun's Tomb is visually appealing due to its symmetry and balance, and of course its intrinsic beauty. 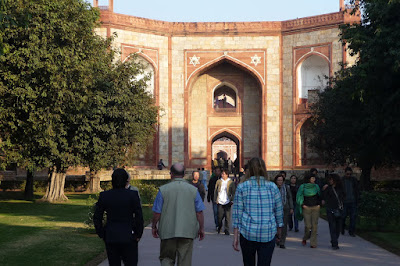 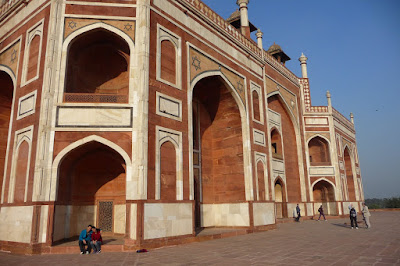 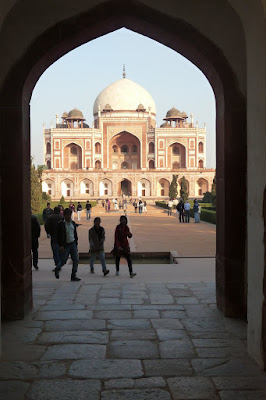 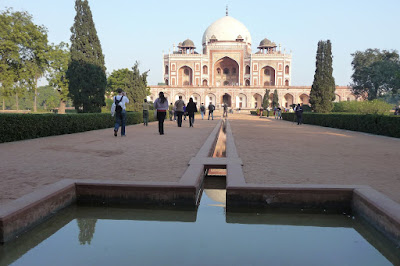 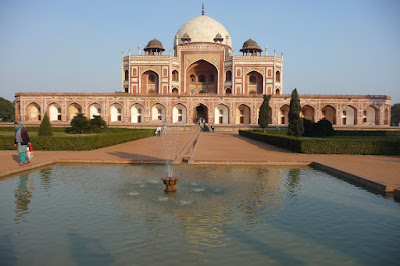 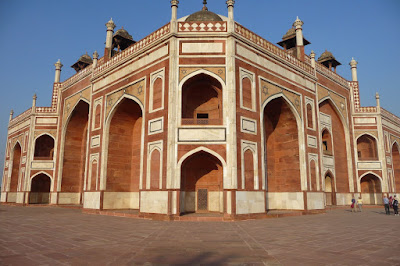 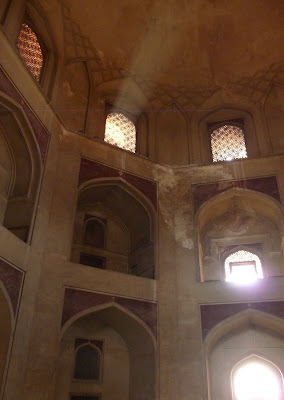