Tom finalized the arrangements last night with the driver who remembers Ellyn's friend who stayed at the same hotel and hired him. This gentleman, like all too many of his fellow citizens, endured leprosy, but is friendly, cheerful, and helpful throughout our day with him and his partner. 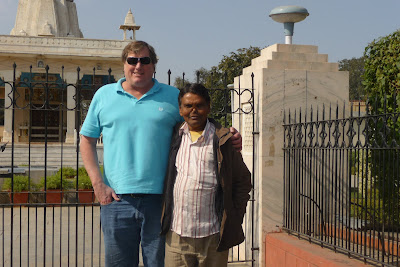 This is one of many reasons we just love to travel with Tom and Ellyn, not to mention Haley. Would we ever have ventured into the chaotic traffic of Jaipur in that unstable little "auto rickshaw" known both in India and Thailand as a tuk tuk (sometimes hyphenated as tuk-tuk)?

No, we'd never do anything that foolish, but here we are, and having a ball... 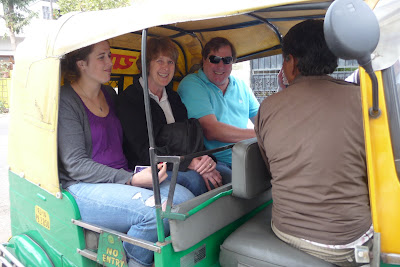 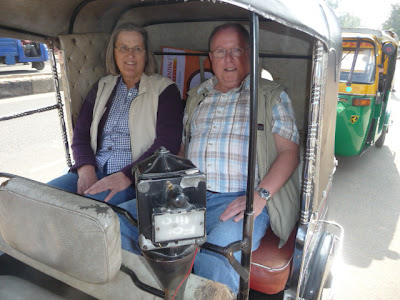 A little bit of shopping was naturally on the agenda. We were driven to Vishnu Gems, and visited the manufacturing department first. We then enjoyed a very pleasant sales pitch from Mr. Singh before walking away with a few baubles for the ladies in our lives. 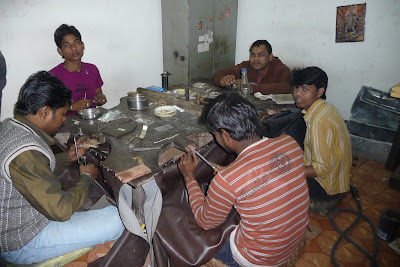 Then it was time for more tuk-tuking to a vegetable market for a walk-through. 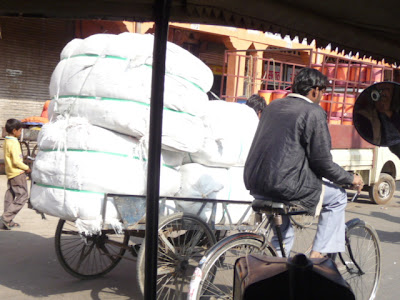 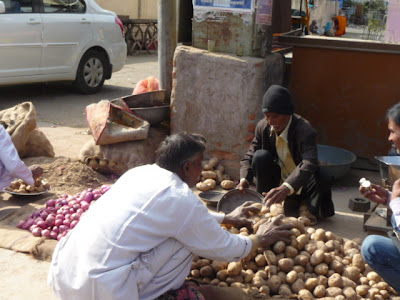 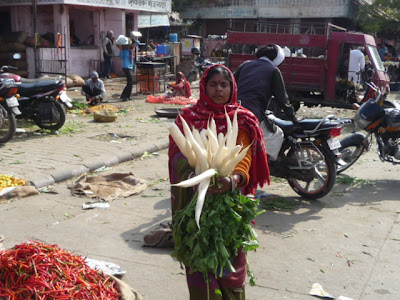 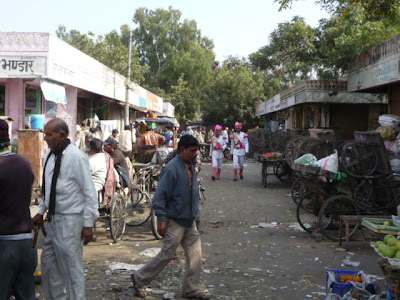 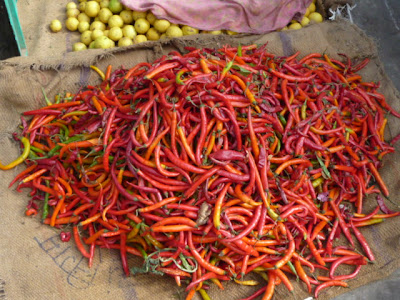 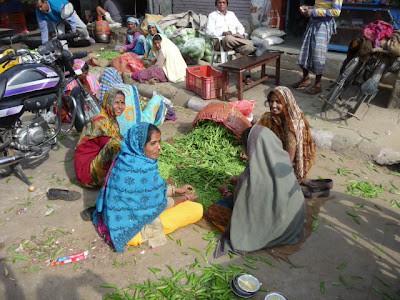 We even stopped by the headquarters of a band that was assembling for a performance. Naturally we let them know we were former band teachers. 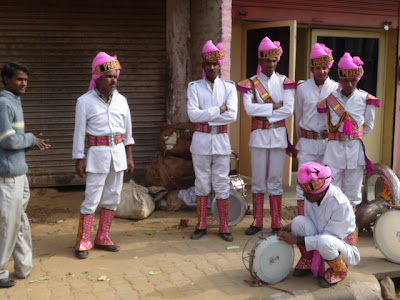 A few more market scenes to gaze at before climbing back into our tuk tuks. 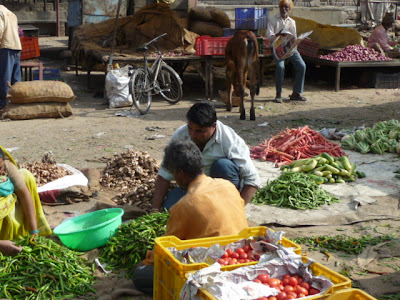 We learned from one of our guides along the way that those sacred cows wandering around freely actually have owners to whom they return at night. 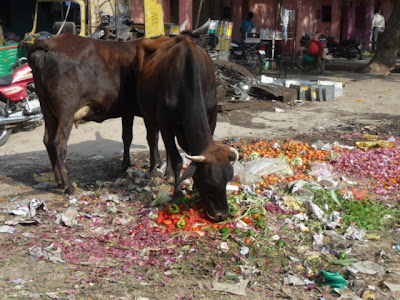 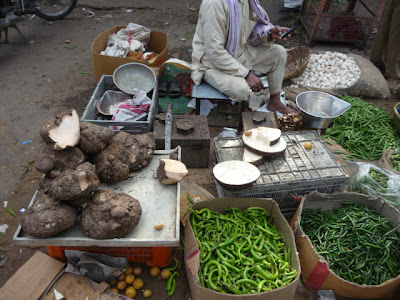 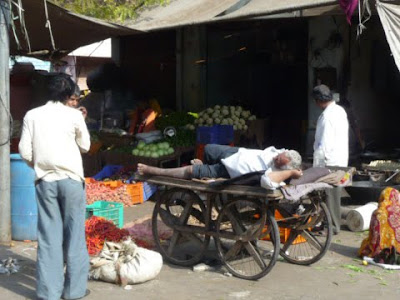 A Tootsie Pop is the reward to this young fellow for his proud pose. 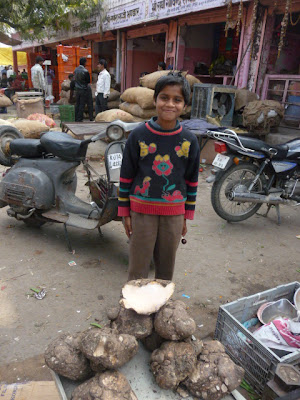 Often the scenes aren't as happy. 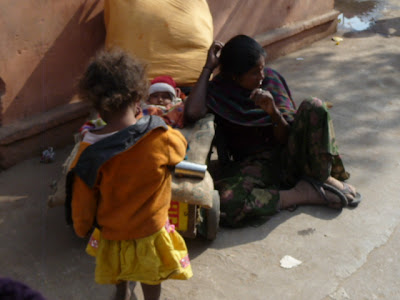 We've been riding around in our tuk tuks for awhile and there's some chance that Ellyn-in-The-Middle is feeling just a leetle bit squashed by now. 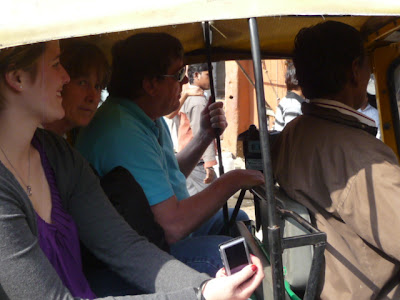 One more stop and Tom talks to a spice merchant. 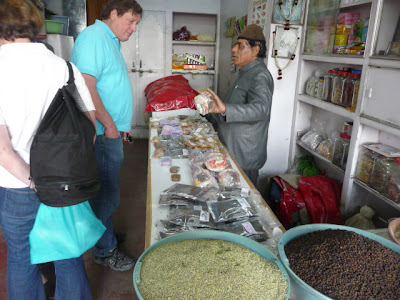 Many if not most trucks on the road are decorated. A very common sign on the back reads Honk Horn. Drivers use their horns profusely when overtaking (what we call passing). Despite the almost non-stop honking we found very little angry honking; the horn toots are signals. 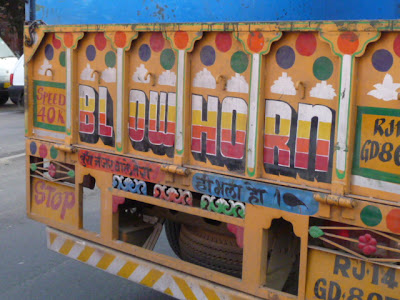 Even though the driving and traffic patterns are now making more sense, we're still more than happy to leave the driving to somebody else and keep our fingers crossed.
Posted by Kathy and Brian at 7:10 AM