The Jal Mahal Palace (Water Palace) was built as a retreat for the royal family in the late 18th century. 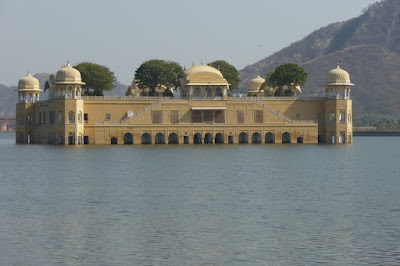 It was just a quick photo stop for us, and we couldn't resist more photos of perambulating pachyderms in passing. 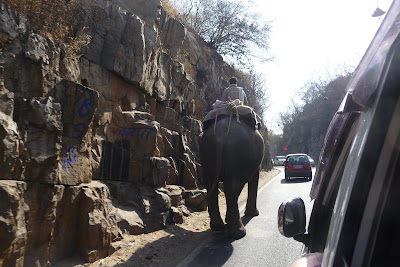 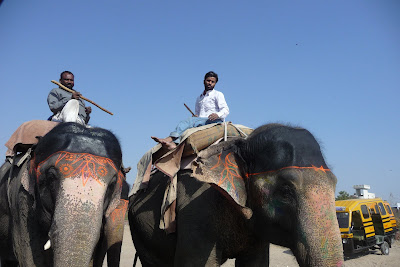 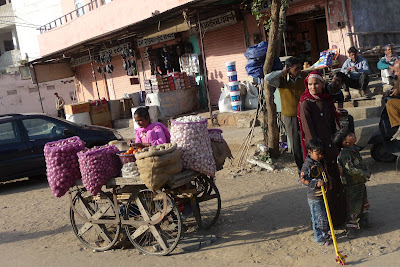 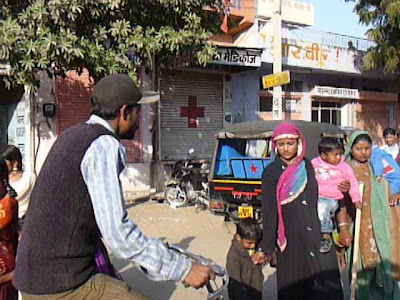 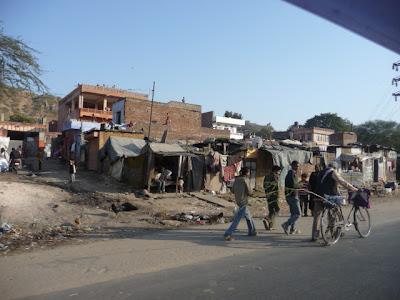 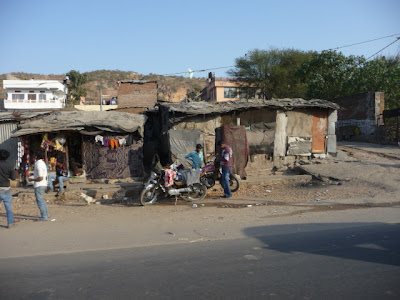 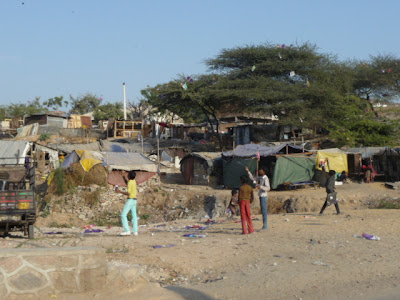 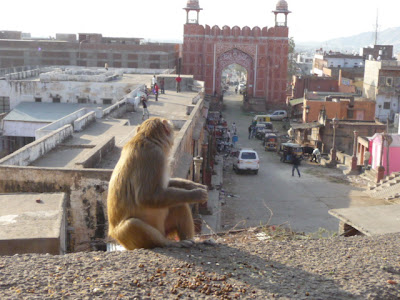 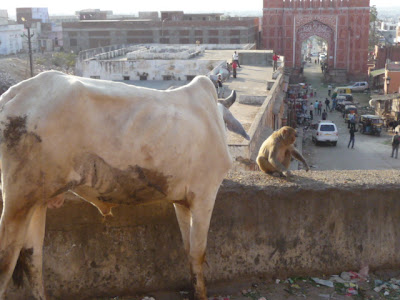 One of the monkeys had been riding around on the pig for awhile, but by the time we took the photo he'd hopped down. What a grandkid-pleaser that shot would have been. 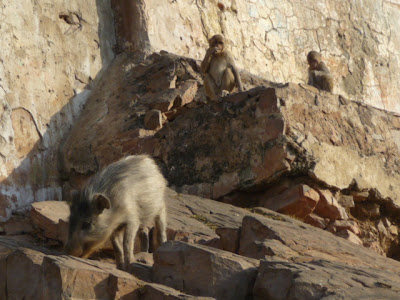