After looking at train and plane schedules, we decided to rent a car and driver to take us from Jaipur to Agra. Our vehicle of choice was a Tempo Traveler, the most comfortable - and roomiest by far - of our entire trip.

Our driver picked us up at the Pearl Place Guest House promptly at 10:00 a.m. We realized early on that his English was limited - still much better than our Hindi - but he was as safe a driver as advertised. We'd requested some sightseeing along the way to the Taj Mahal and our first stop was a famous stepwell.

Stepwell is a reasonably self-descriptive word, being a well or pond over which quite elaborate steps are built. Chand Baori is one of the deepest - arguably the very deepest - stepwells in India, being about 100 feet deep, about the size of a 13-story building. It's shaped something like an inverted pyramid and presents a spectacular example of 9th century architecture.

We hired an on-site guide, who showed us around for a very reasonable price. It's somewhat dizzying - one website compares Chand Baori to one of M.C. Escher's lithographs - and it was a fascinating place to wander around on this sunny day.

Incidentally, the sign just below reveals that "Chand Baori Stepwell" is redundant, since baori is one of several English spellings of the Hindi word for stepwell, others according to Wikipedia being bawdi (Hindi: बावड़ी) or baoli (Hindi: बावली). 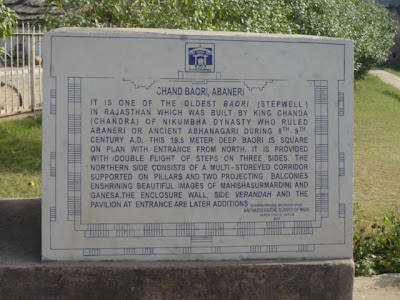 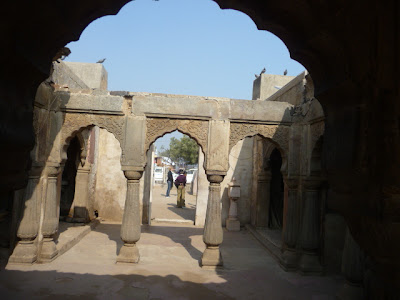 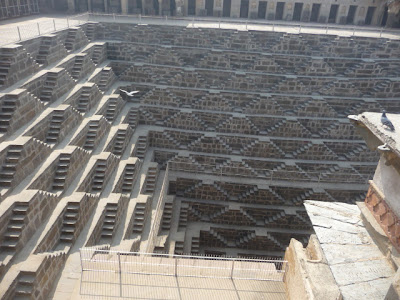 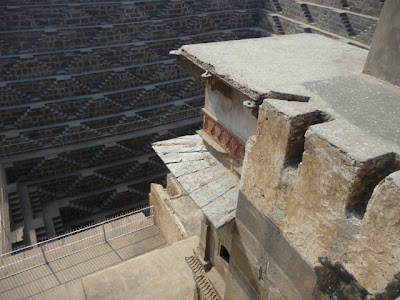 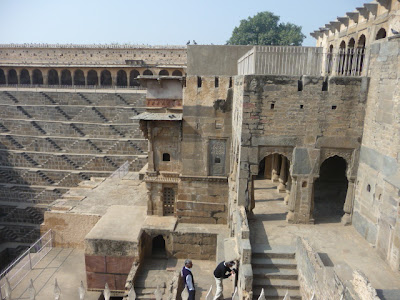 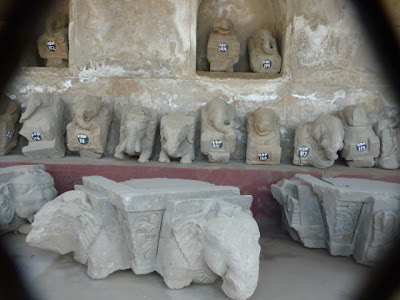 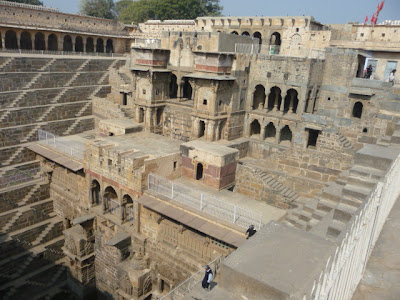 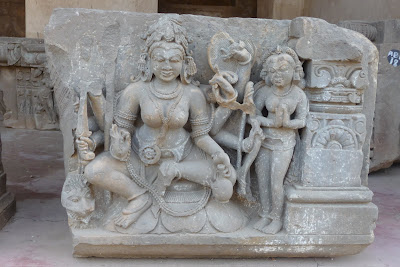 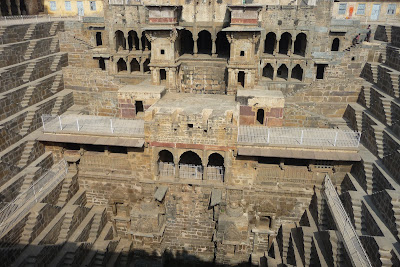 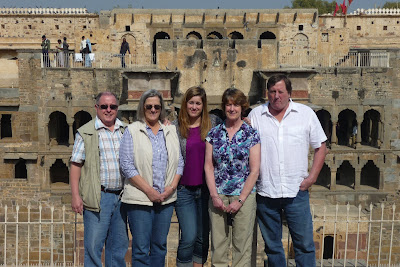 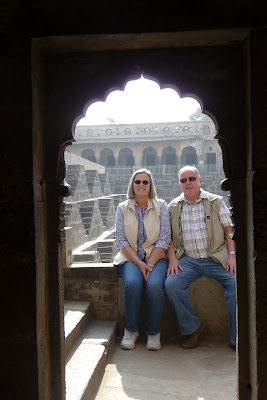 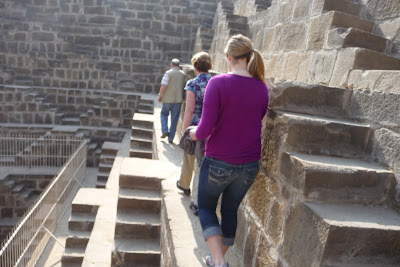 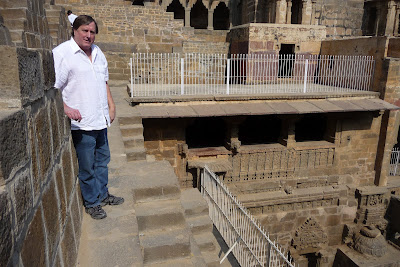 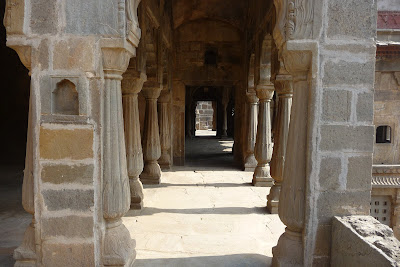 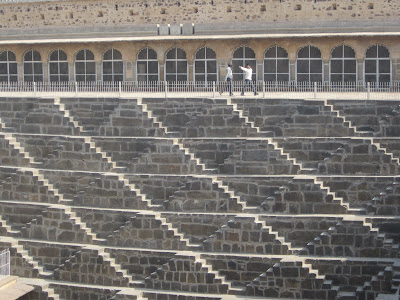 It was a trek for the common people to retrieve water, but it allowed the royal family living on top to enjoy the equivalent of flush toilets, still a rare commodity for some folks here 12 centuries later.
Posted by Kathy and Brian at 6:34 AM