Riding The Rails From Agra To Delhi

It was early in the morning, it was cold, and we didn't know for some time that the porters had deposited us at the right place to board our train when it finally arrived two hours late. It was also during this day, somewhere between the train station and our hotel that somebody cut open Kathy's day-pack and removed her wallet. 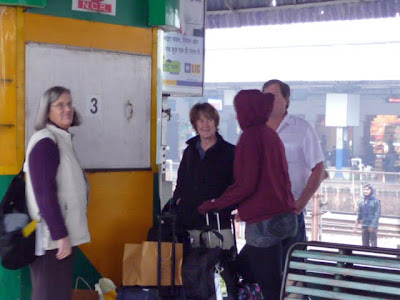 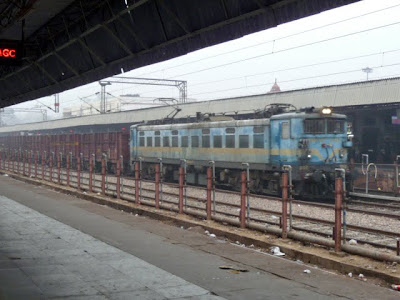 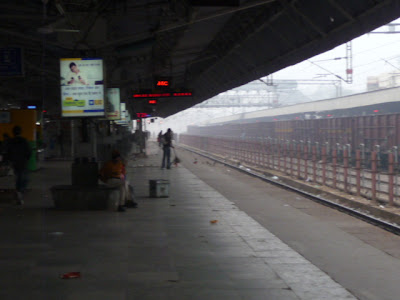 Even Tom was cold enough to borrow Ellyn's sweater. 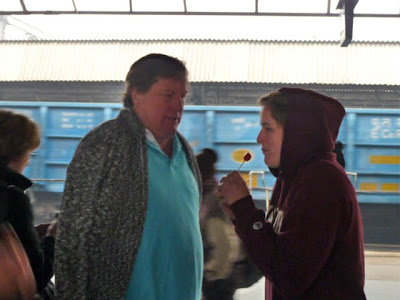 A wizened little beggar woman limped around cajoling people for money. We gave her sandwiches from our hotel box lunch instead and she immediately dropped her cane, sat down on the platform, and devoured them. We wanted to leave her with a little dignity - dignity? - so we took this photo unbeknownst to her. 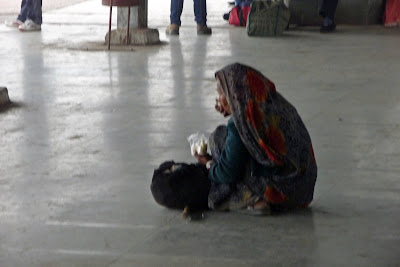 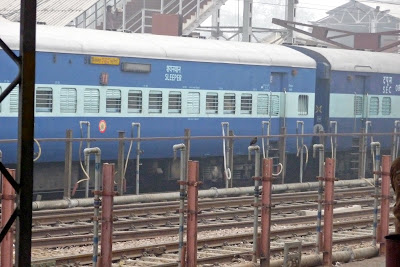 A little hint for train travelers in India - never look down at what lies on the tracks if you've just eaten, are eating, or are thinking of eating. 'Nuff said. 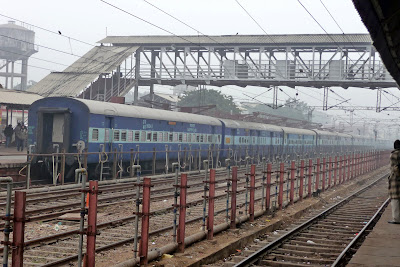 Finally we're on the train. Oh my but we're all happy. 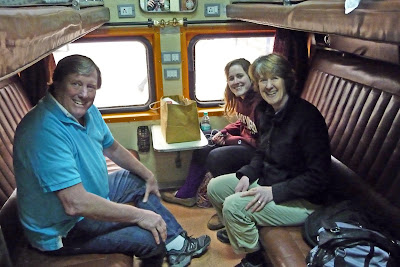 Well, reasonably happy, at least when we find a blanket that comes with this sleeping compartment. 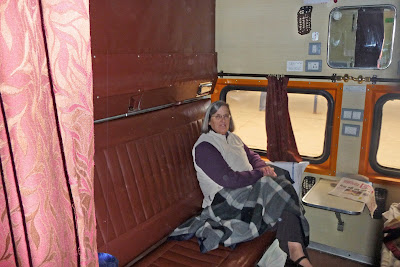 A lot to see out the window when we're not sleeping, although it's not very pretty. One of our memories of India is the litter that lies almost everywhere. While that may sound mean, Indians themselves are well aware of it. 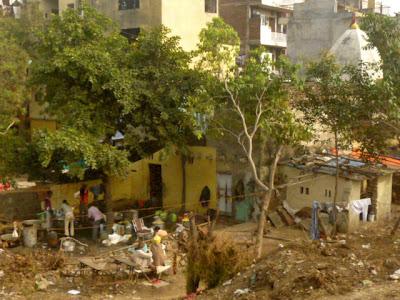 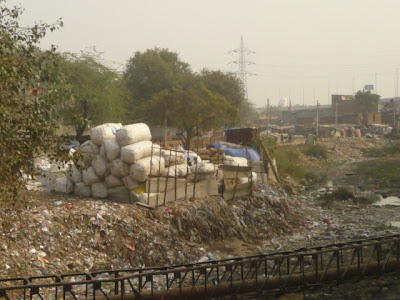 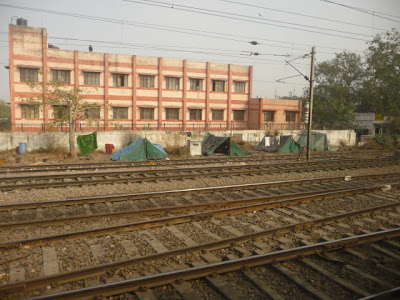 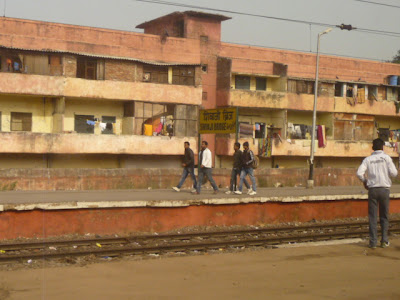 Finally we're off the train at Delhi's main railway station and unwillingly pressing the flesh in massive crowds. One can readily imagine having one's pack cut open here? Or was it an "inside job" at a security check point? Below is our only photo of the downright ordeal of making our way from the station over to the Metro Train station. Believe us, the crowds became much worse. 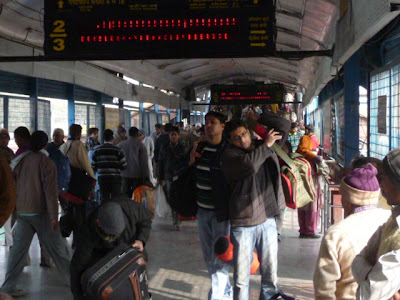 Never did a hotel look so good when we finally arrived back at the Hilton Janakpuri. Of course we didn't realize until the following morning that Kathy's bag had been cut open and her wallet removed. Sometimes ignorance is bliss and tomorrow's another day.
Posted by Kathy and Brian at 7:56 AM