One Overnight in Newark

The answer is “Two nights in Newark,” but we’ll leave  the question to the imagination.
We should have booked a hotel with a day rate but we didn’t.
We called the Doubletree and the first clerk told us the hotel had been full overnight but that he’d leave our request for the morning staff.
We called the morning staff twice. They had our name and said they didn’t know when a room would be available.
We eventually made our way over to the hotel via Airtrain and hotel shuttle.
By 11:30 AM we decided to walk over to the nearby Ruby Tuesday’s for a long lunch. When we returned we’ll after 1:00 PM a room was ready.
We understand the property had no obligation whatsoever to provide us a room before 3:00PM. Let’s just say it reminds us how kind many properties have been to offer early check-in after redeye flights.
Dinner proved to be a fiasco in the hotel’s Liberty Grille. A waitress invited us in as we sat nursing the one free beer allowed under New Jersey law at the chaotic “Manager’s Reception.”
In the restaurant we ordered a burger and a glass of wine. An hour later, unnoticed, we did something we’ve never done before - we walked out. Nobody noticed that either.
We slept well, woke up early, and decided to have a bit of Embassy Suites breakfast before heading to our 9:00 AM flight. Oops, they don’t open until 6:30 AM.
We took the 6:00 AM shuttle to Terminal A, zipped through TSA PreCheck, and enjoyed a pleasing breakfast here. 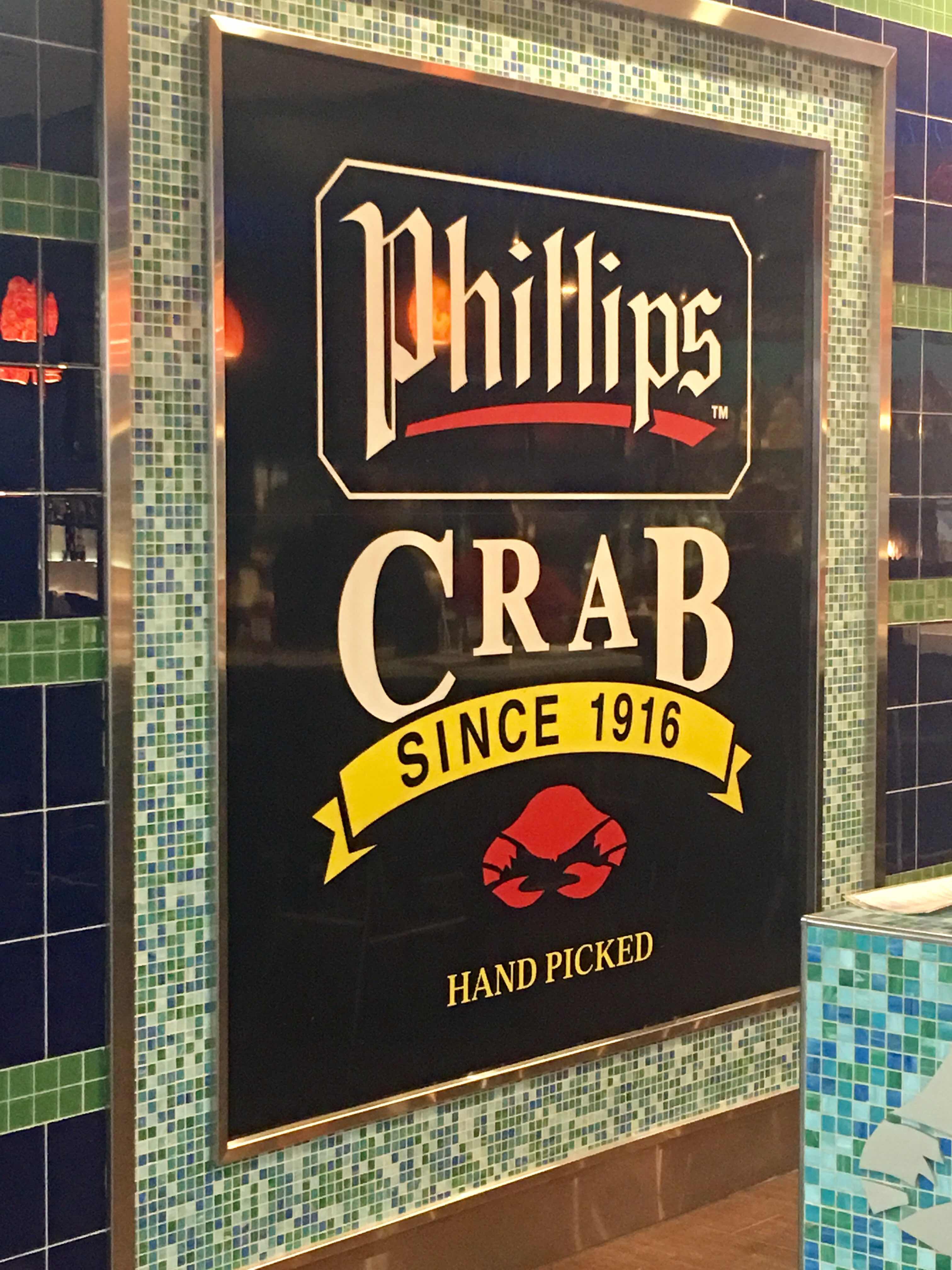 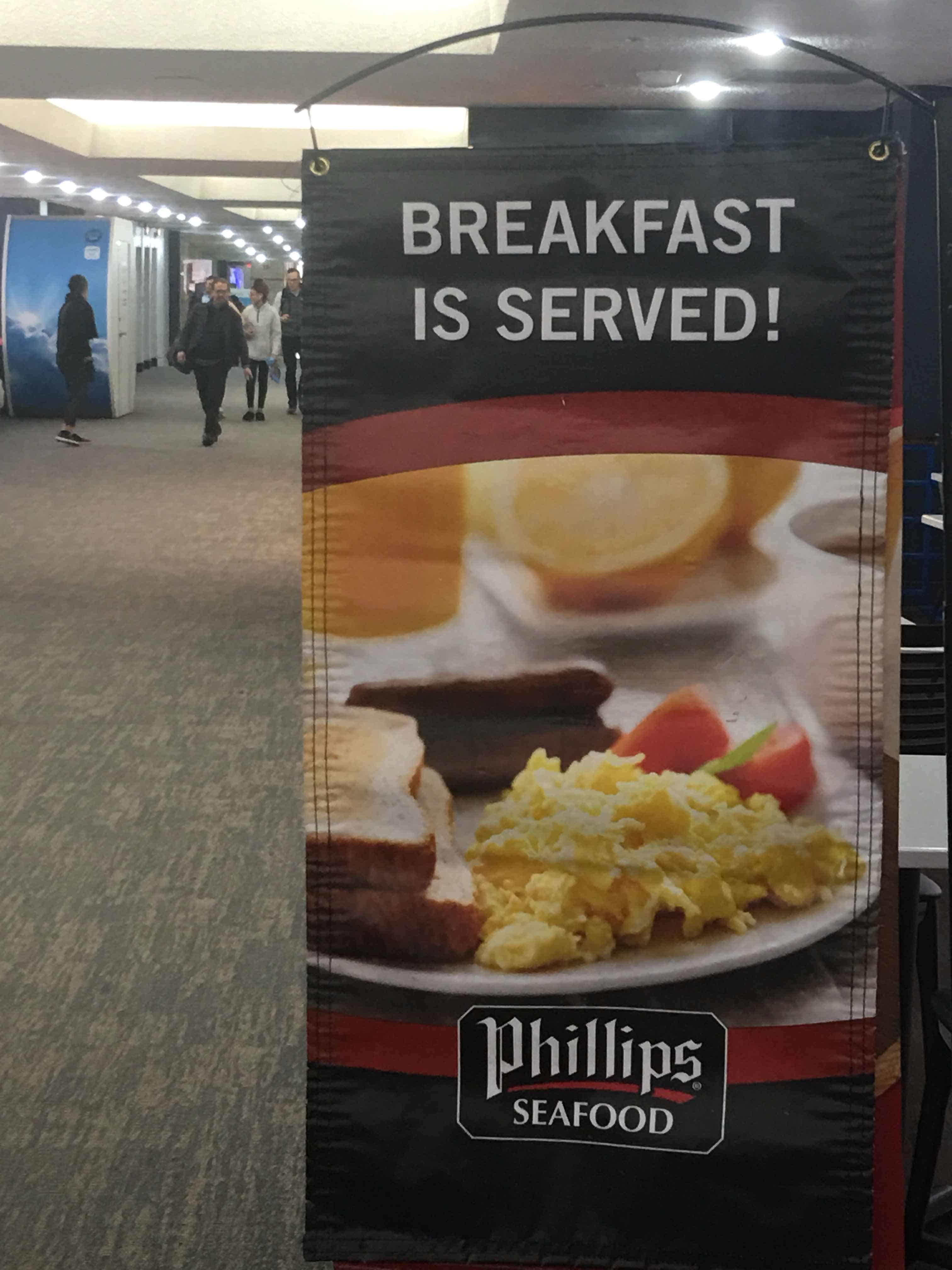 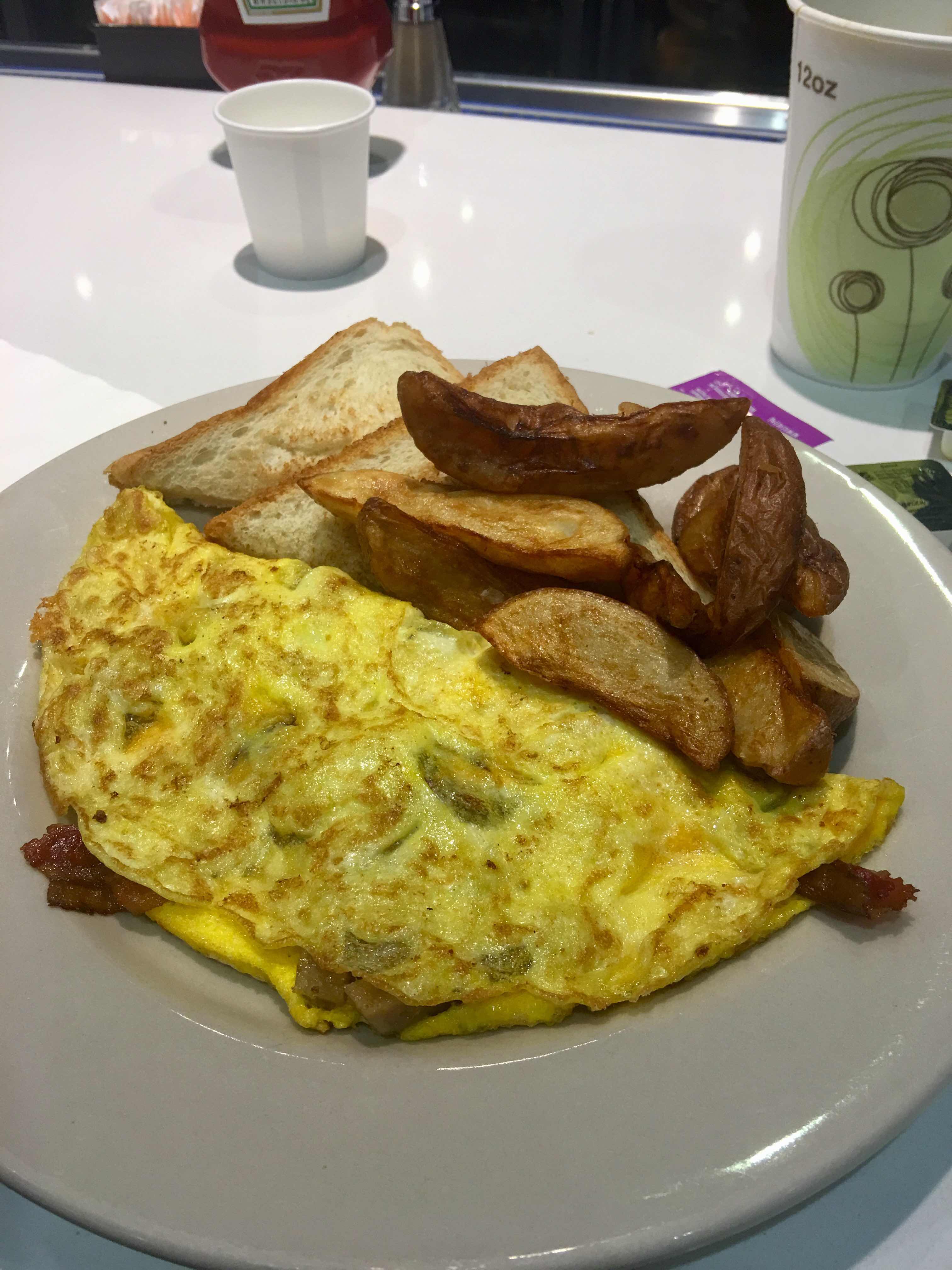 We’re now sitting in this crowded area waiting to board AS 791 to SEA, fortunately in F, as snow falls lightly.
It appears from the weather forecast that we’re leaving just in time. 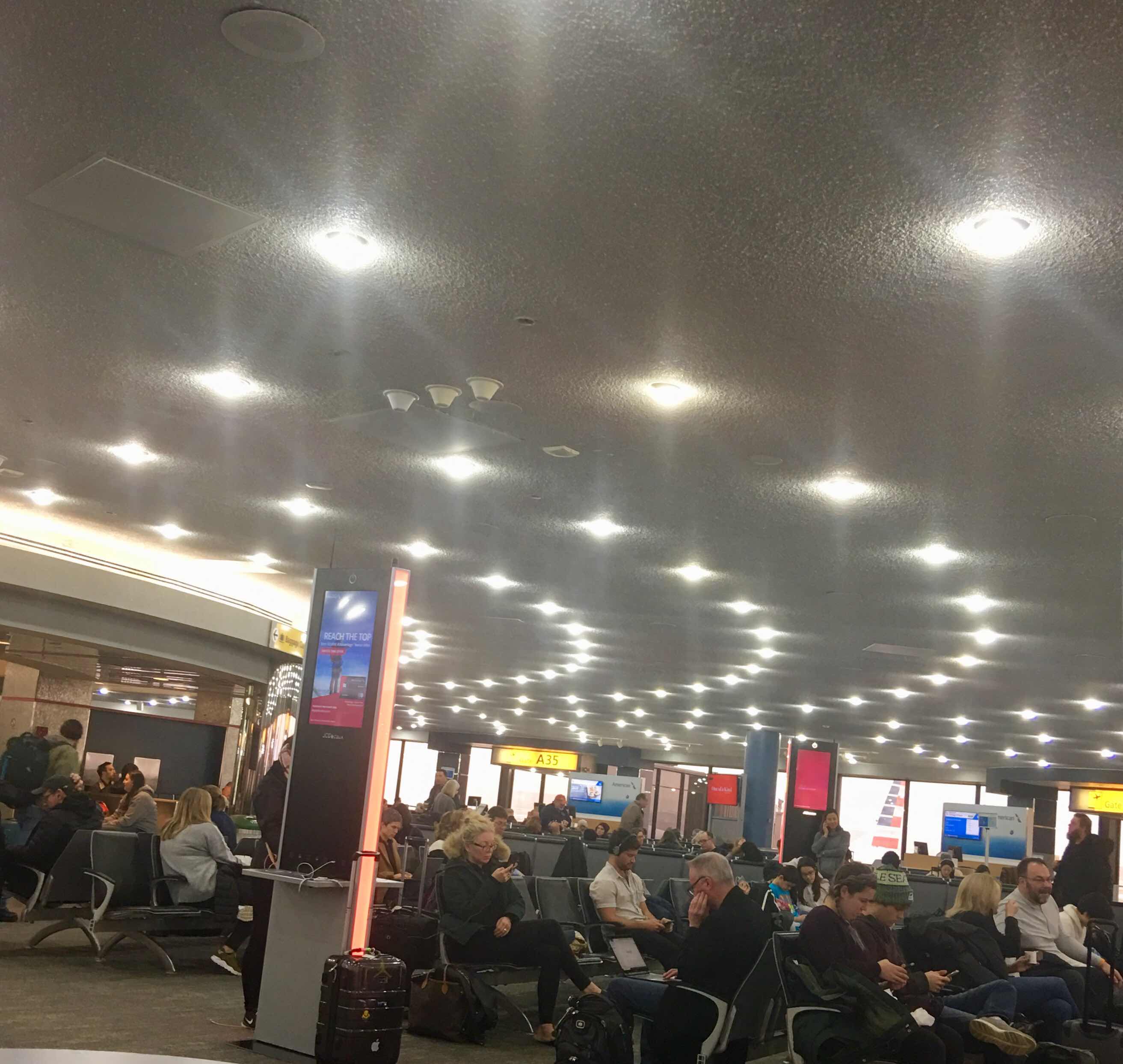 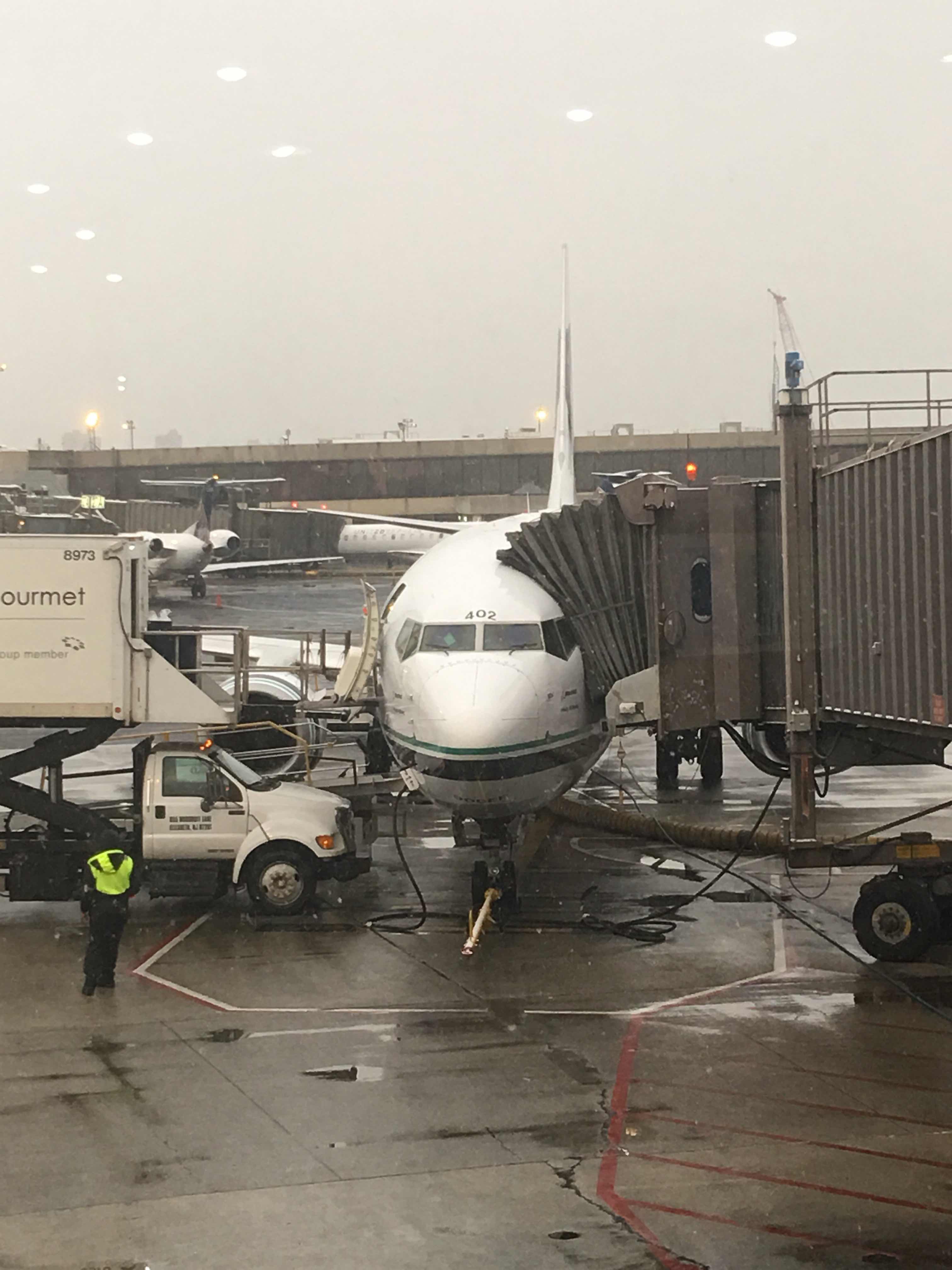 We’re now on board and settled in. There’ll be delays as we deice but we have a multi-hour layover at SEA, and even a chance of a bump on the oversold flight.
We’ll see what the day brings. 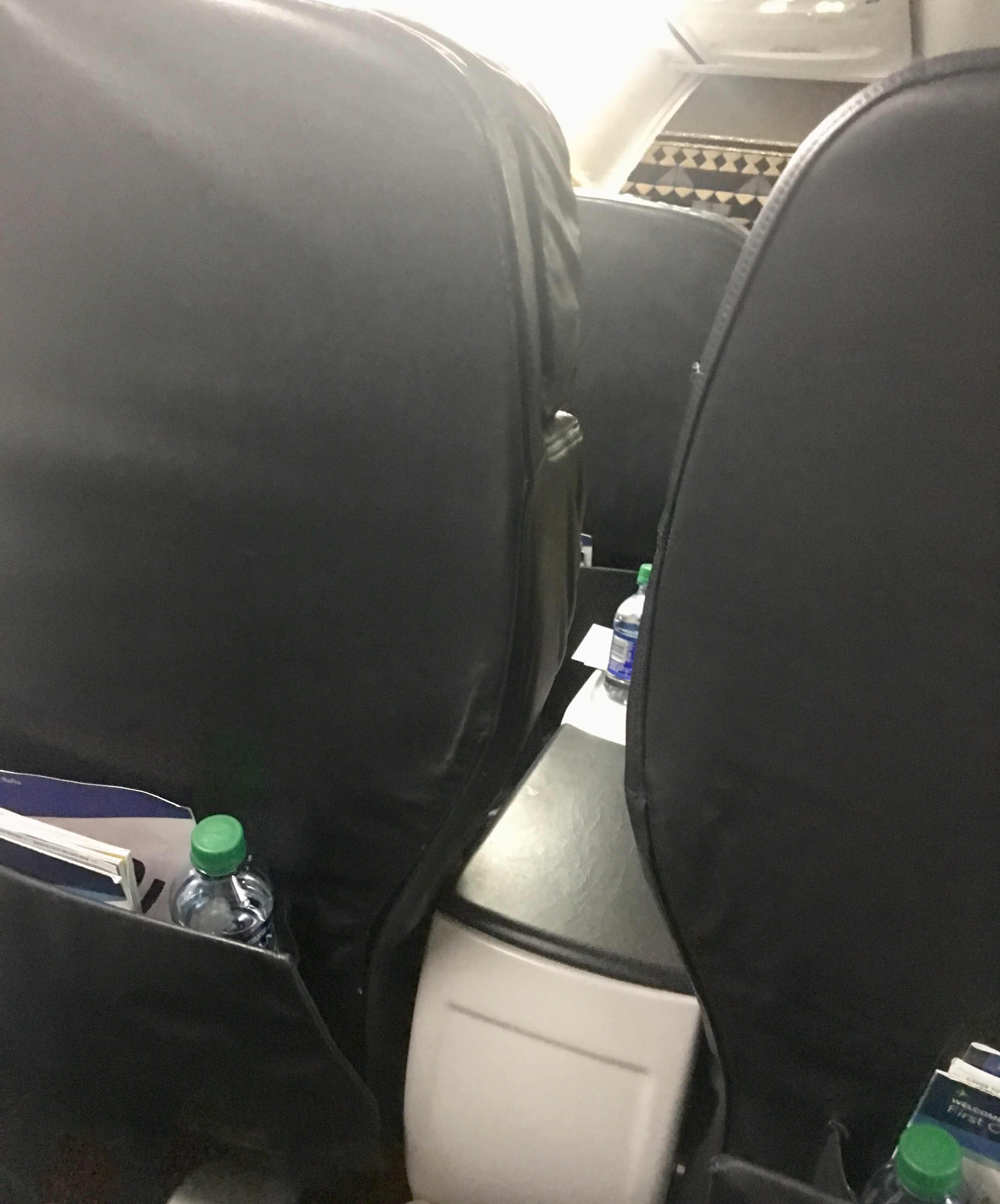 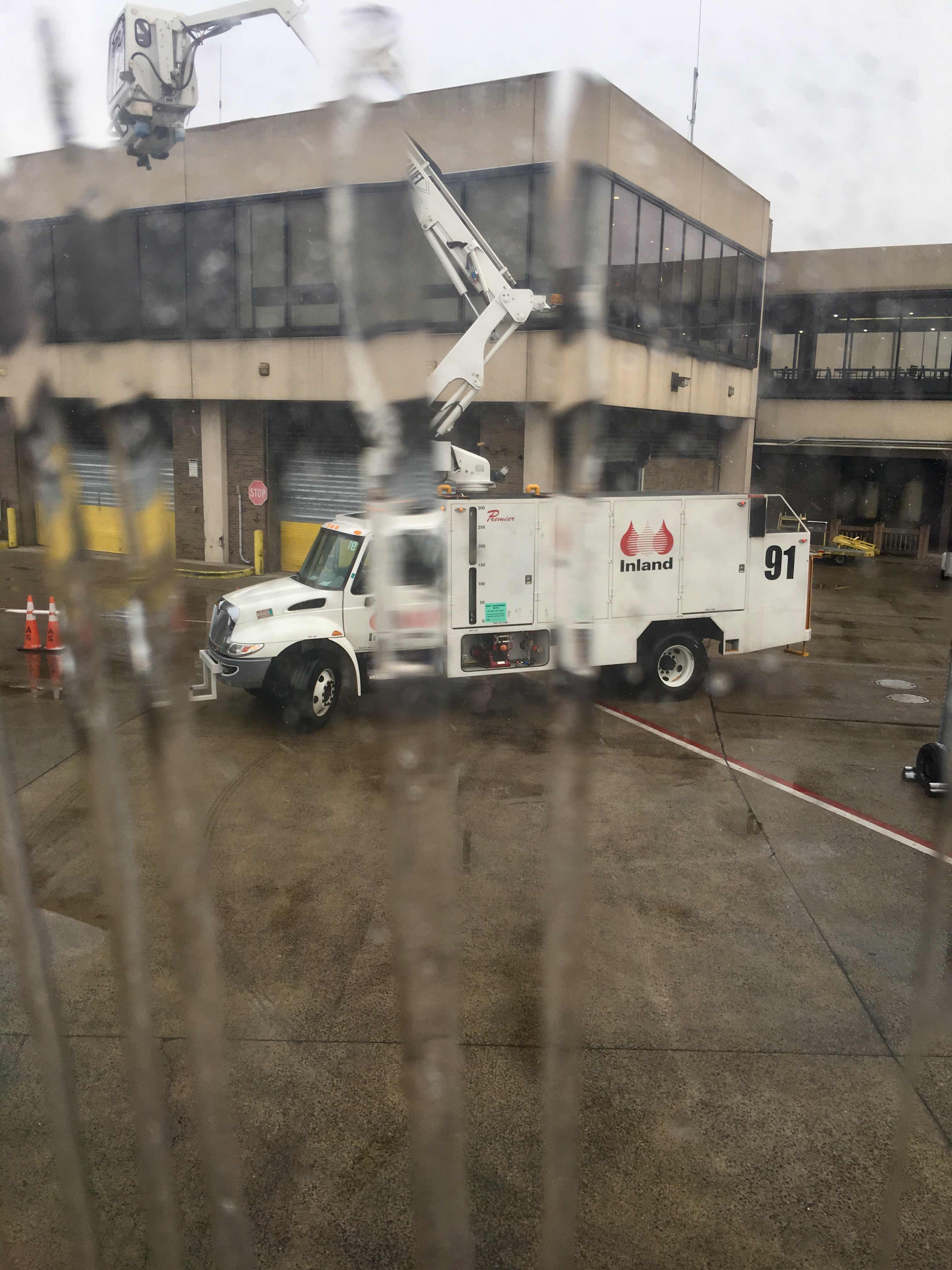