A Tale of Two Cruise Ships

As we sit on our balcony while Marina lies docked in Palma de Mallorca, it’s impossible to miss the Costa Smeralda, docked across the harbor. 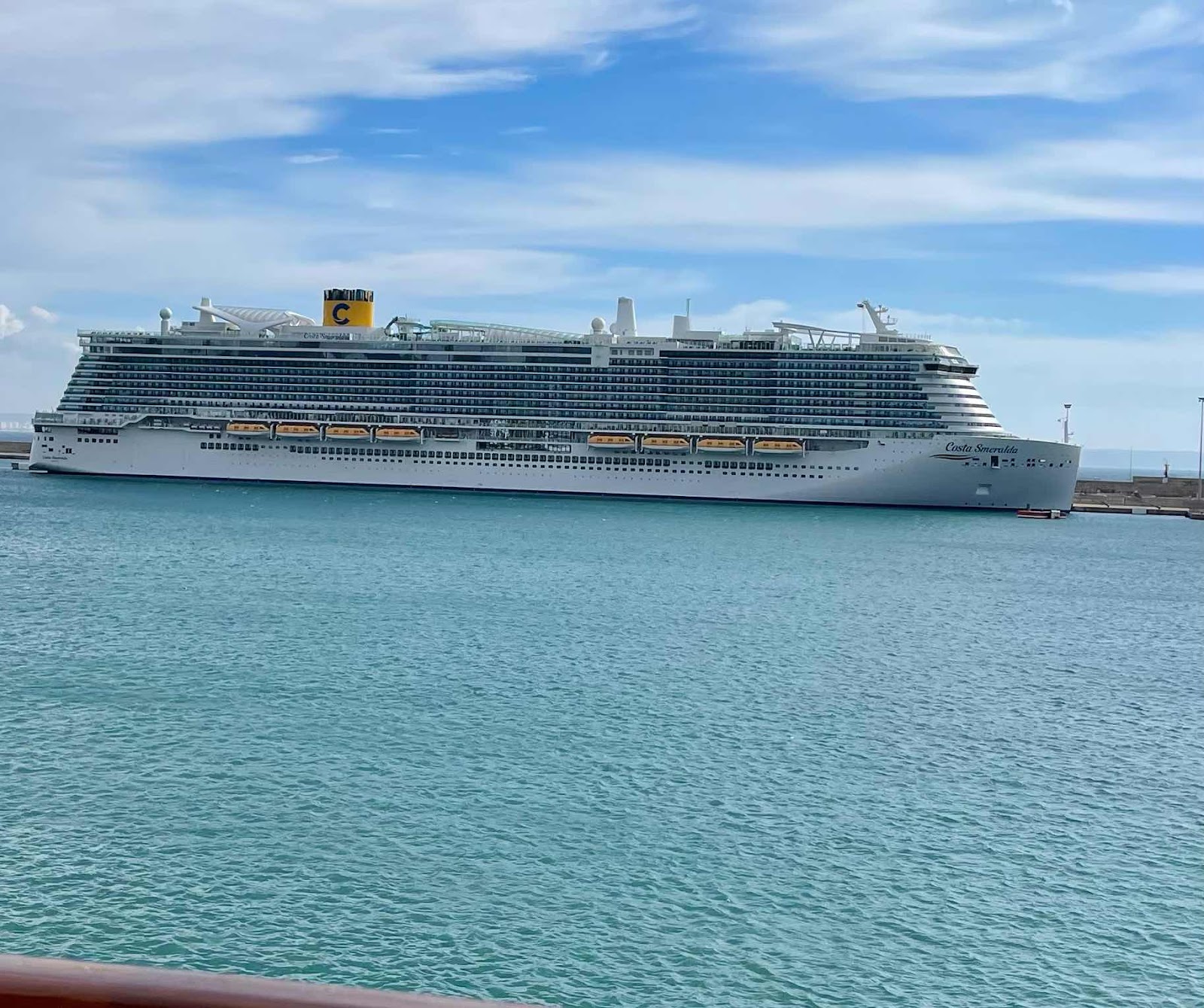 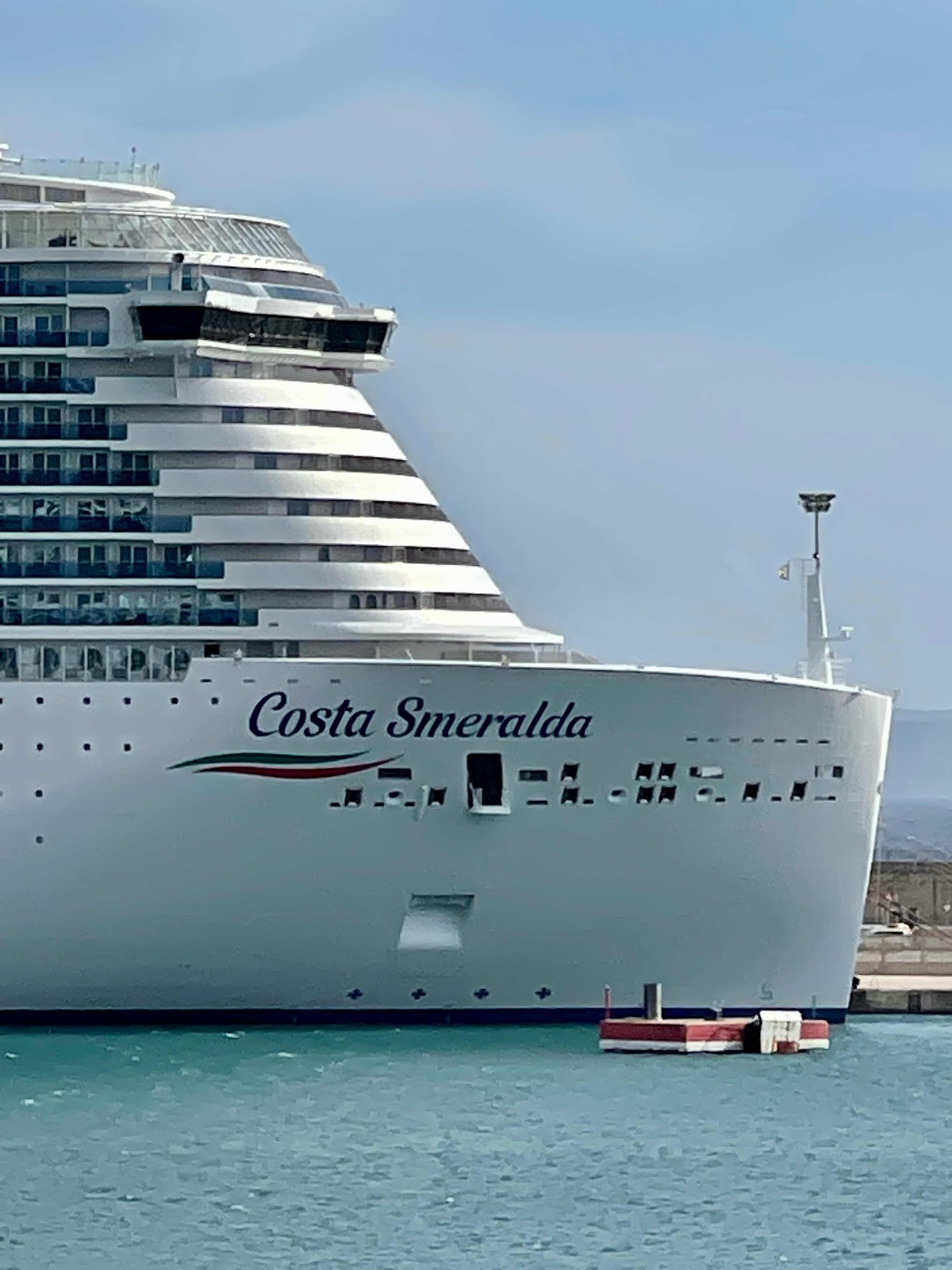 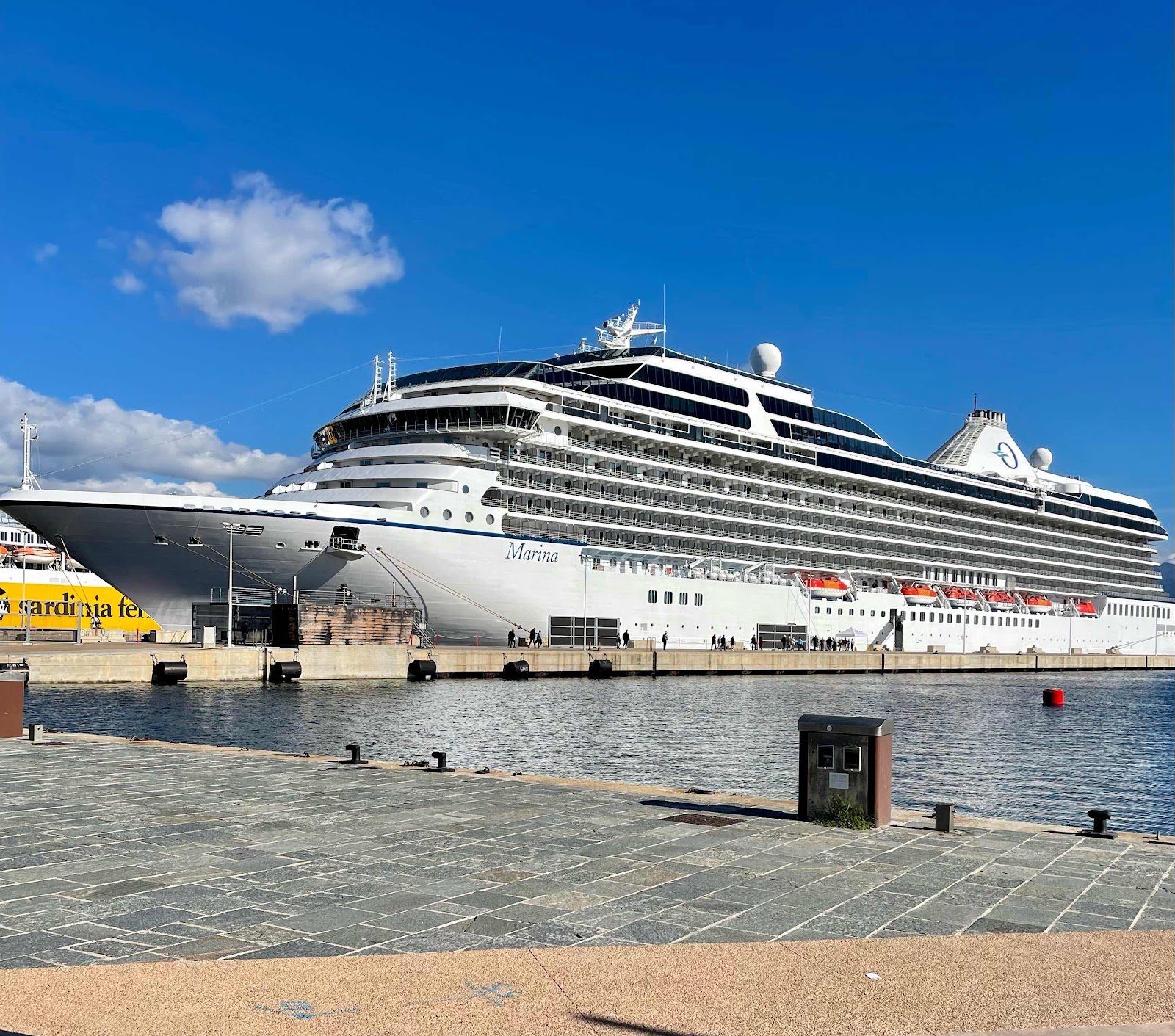 Size isn’t everything. We’ve cruised on some fairly large ships, although none as big as Smeralda, and suffice it to say we’re quite happy where we are.
The big ships certainly look impressive though.