Dining in Jacques Aboard Marina

The French specialty restaurant aboard the larger Oceania ships is named in honor of Jacques Pépin, the celebrity chef who serves as Oceania’s Executive Culinary Director.
We suggest that a plurality of experienced cruisers consider Jacques to be the best of the four specialty restaurants. It’s certainly the most difficult for which to snag extra reservations.
Accordingly, we had high hopes for our dinner there, and were happy to discover the restaurant met our expectations. 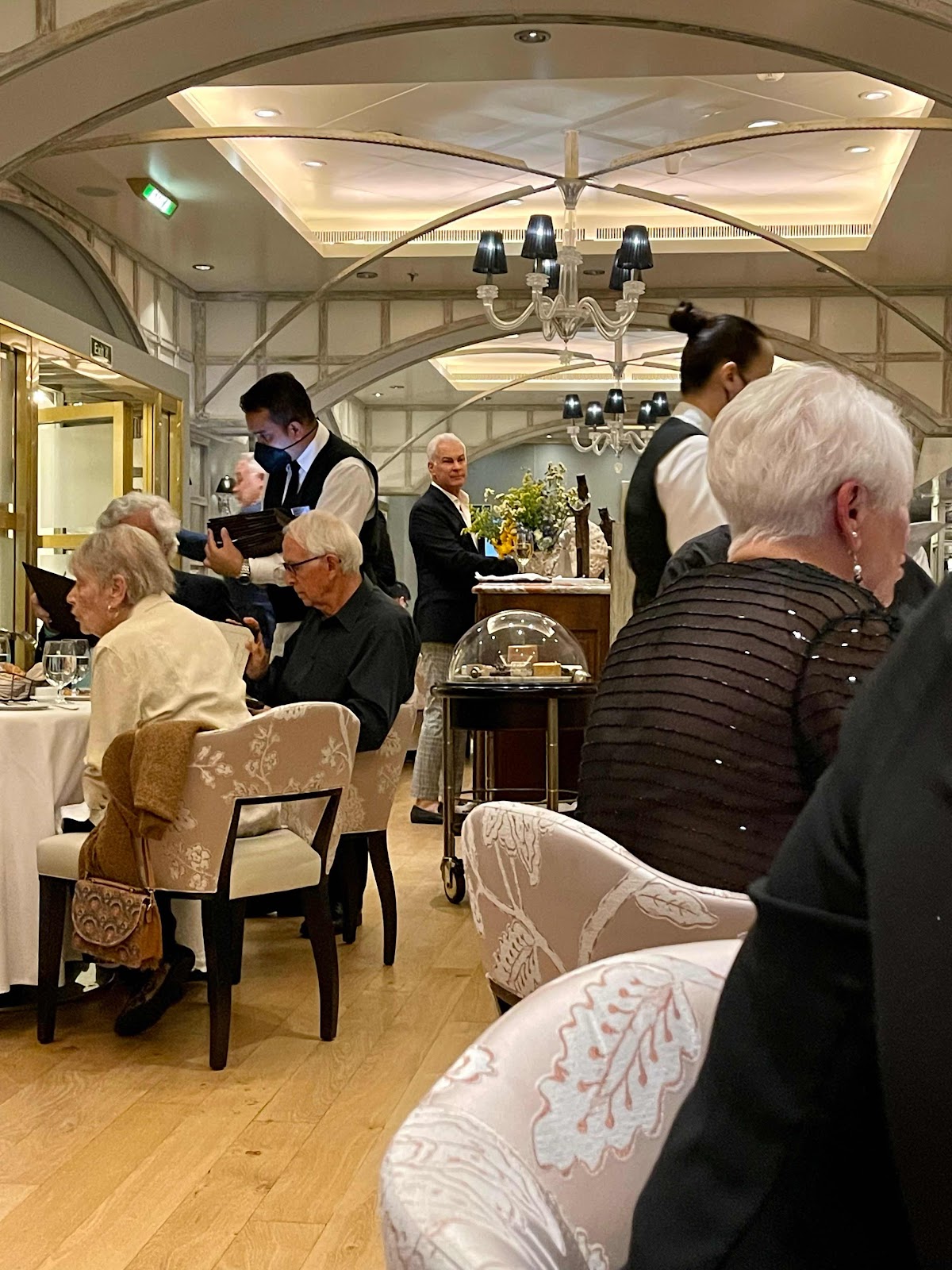 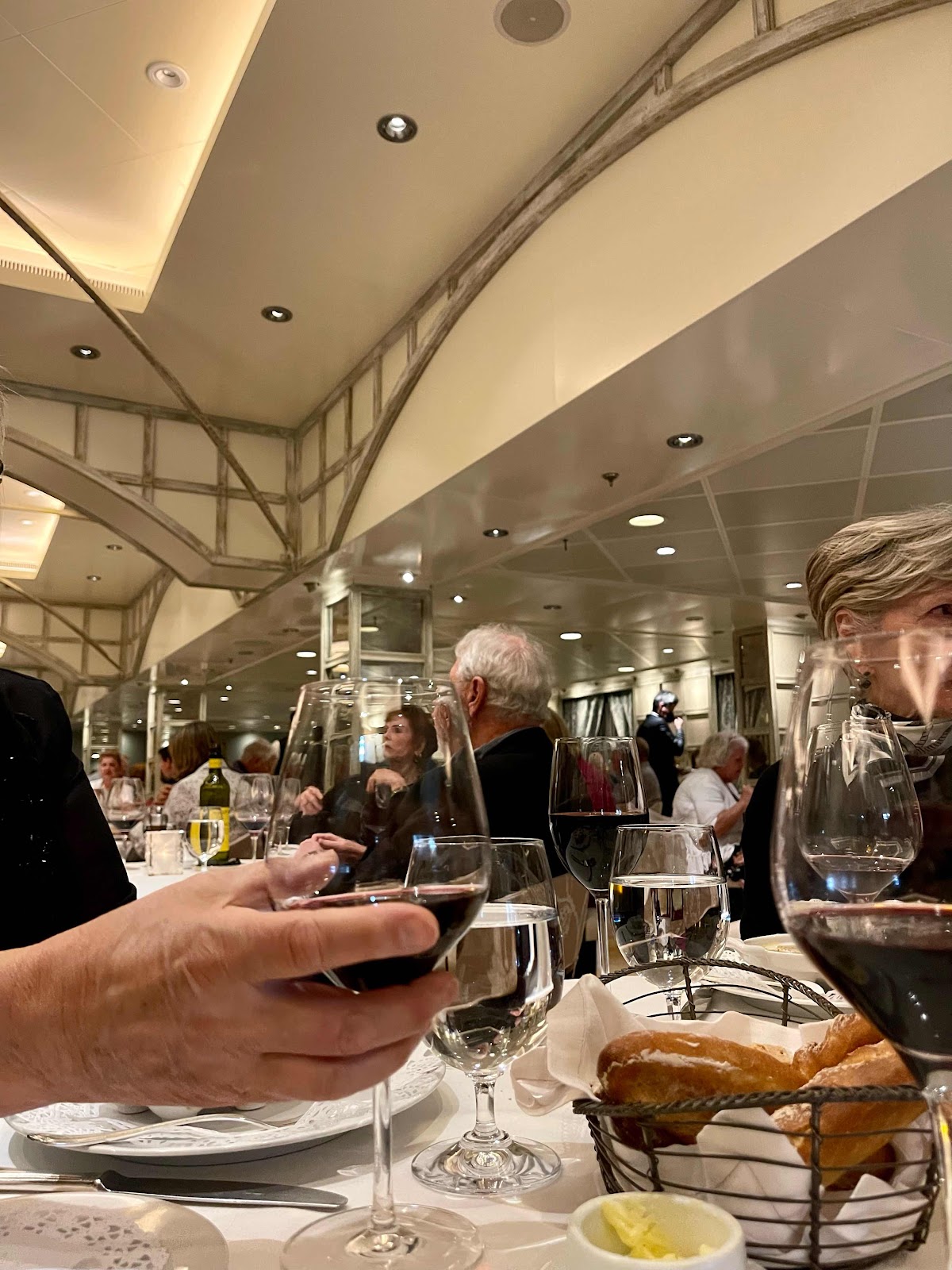 There’s a semi-open kitchen that adds to the entertainment for those facing in that direction. 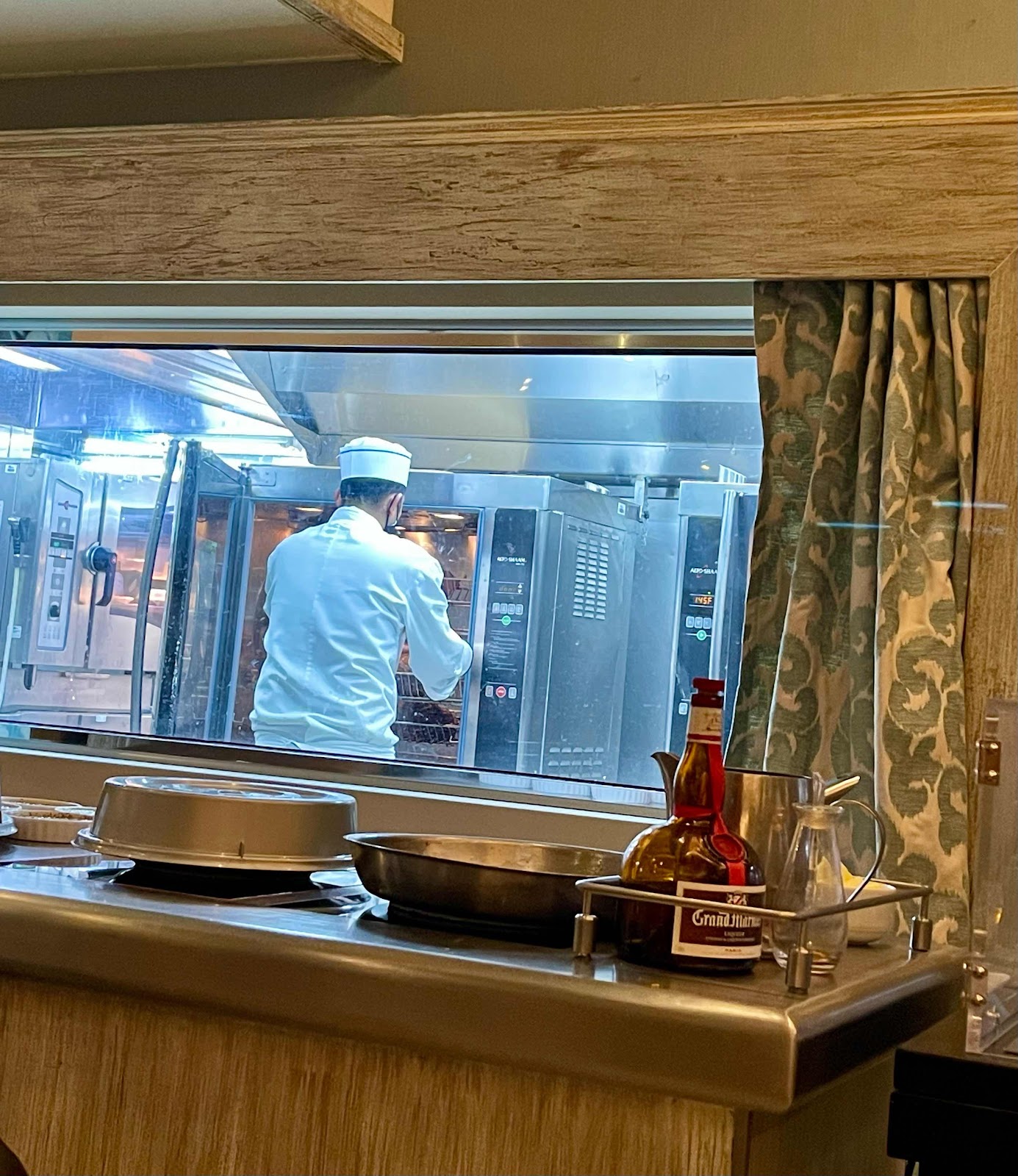 We stayed with familiar dishes and weren’t disappointed, starting with escargots. What wouid dinner in Jacques be without foie gras? 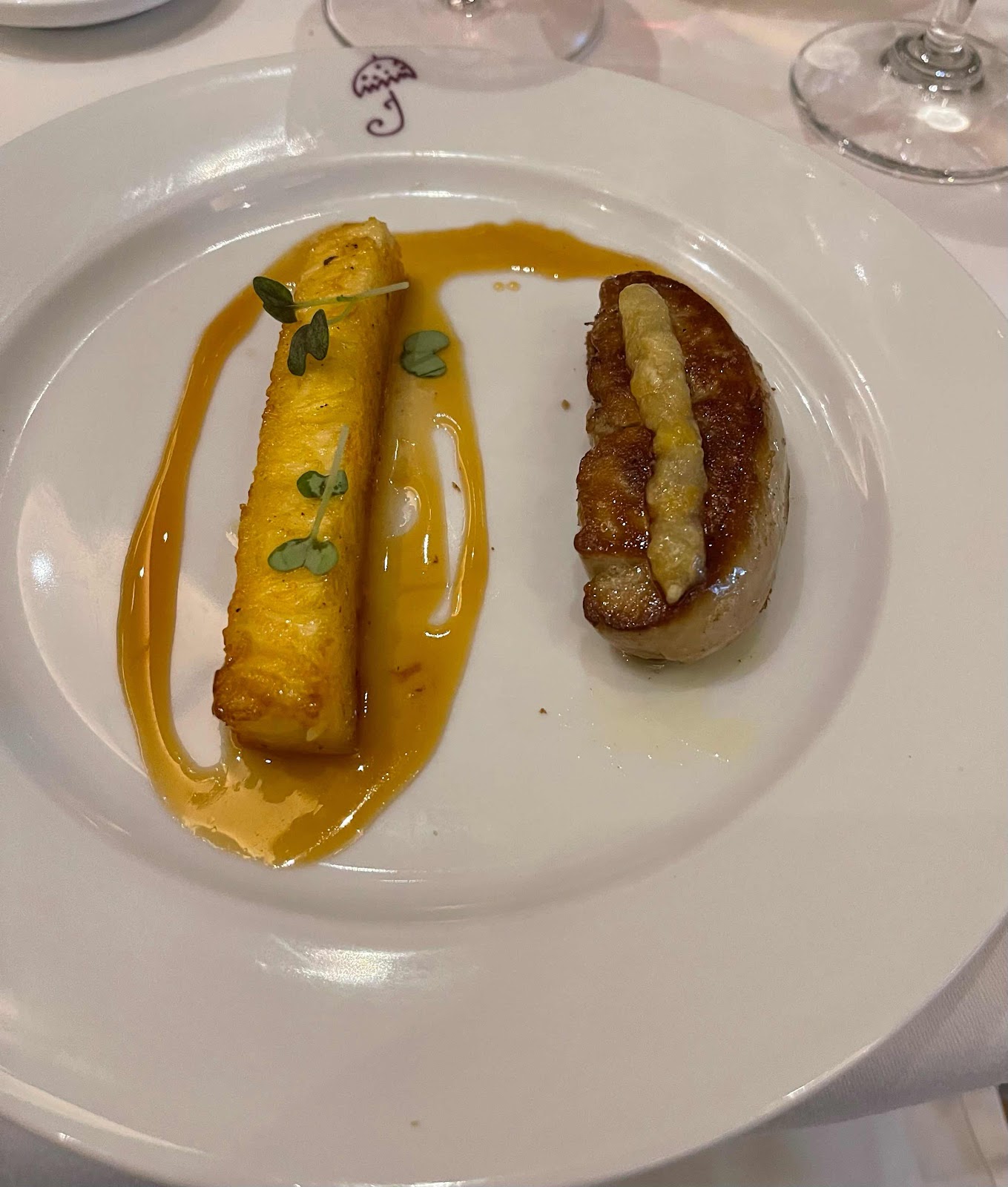 Brian enjoyed a tasty cup of Vichyssoise that served almost as a palate cleanser. 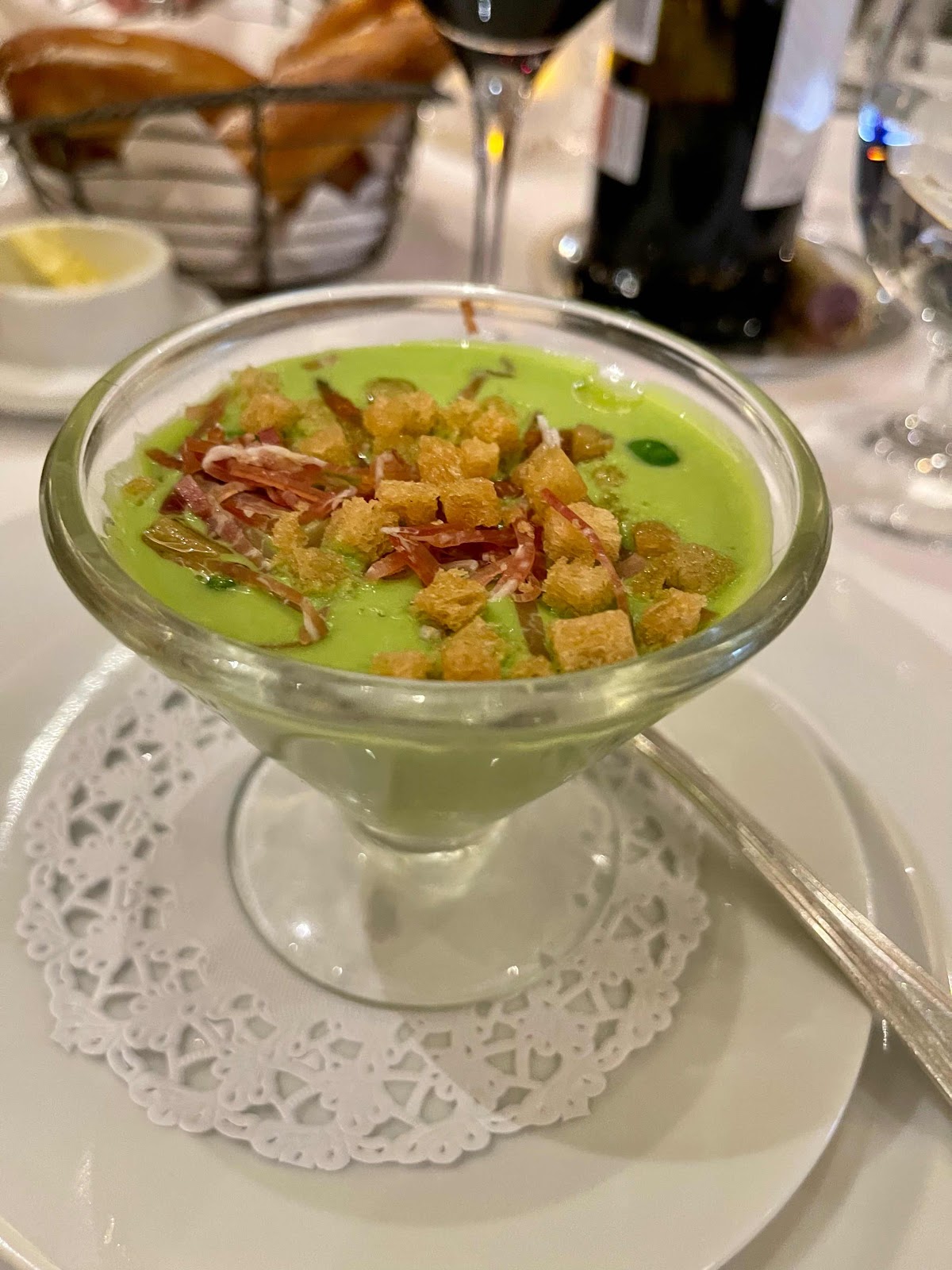 Strangely enough, the medium rare Prime Rib served in Jacques bad widely regarded as the best on the ship, and it was indeed delicious. 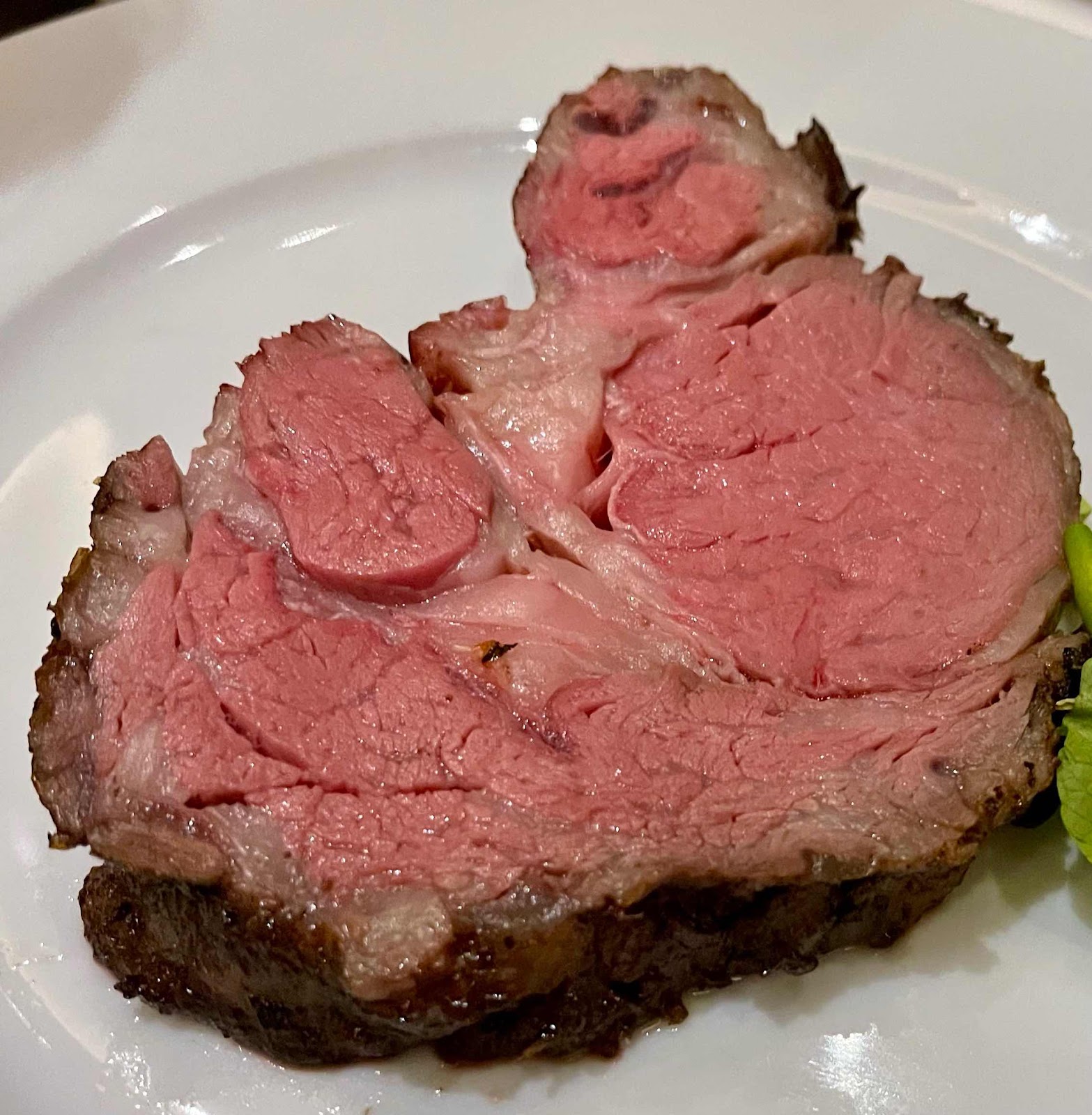 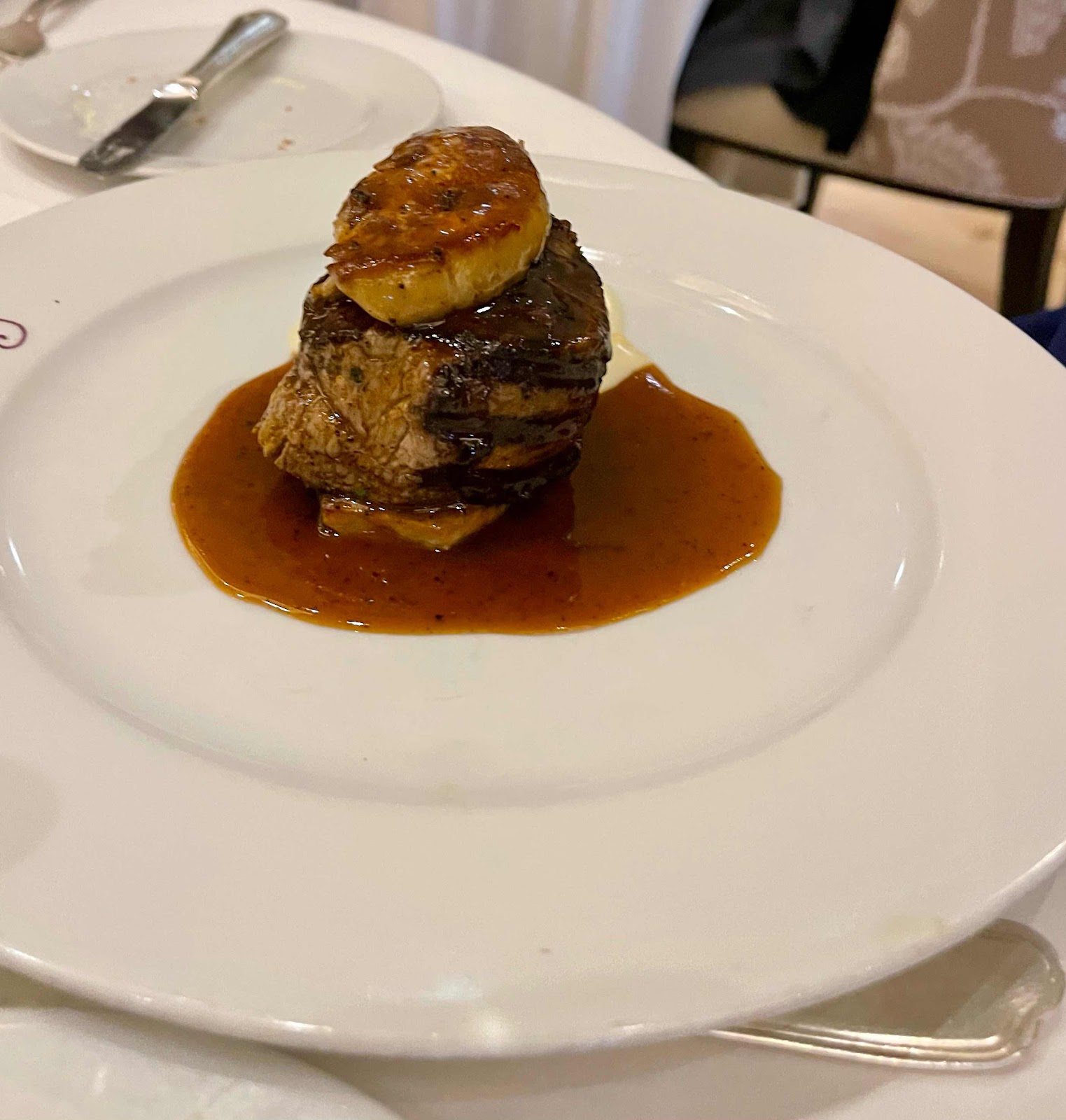 All four of us splurged on dessert, and all were good choices, starting with Crêpes Suzette for Bud. 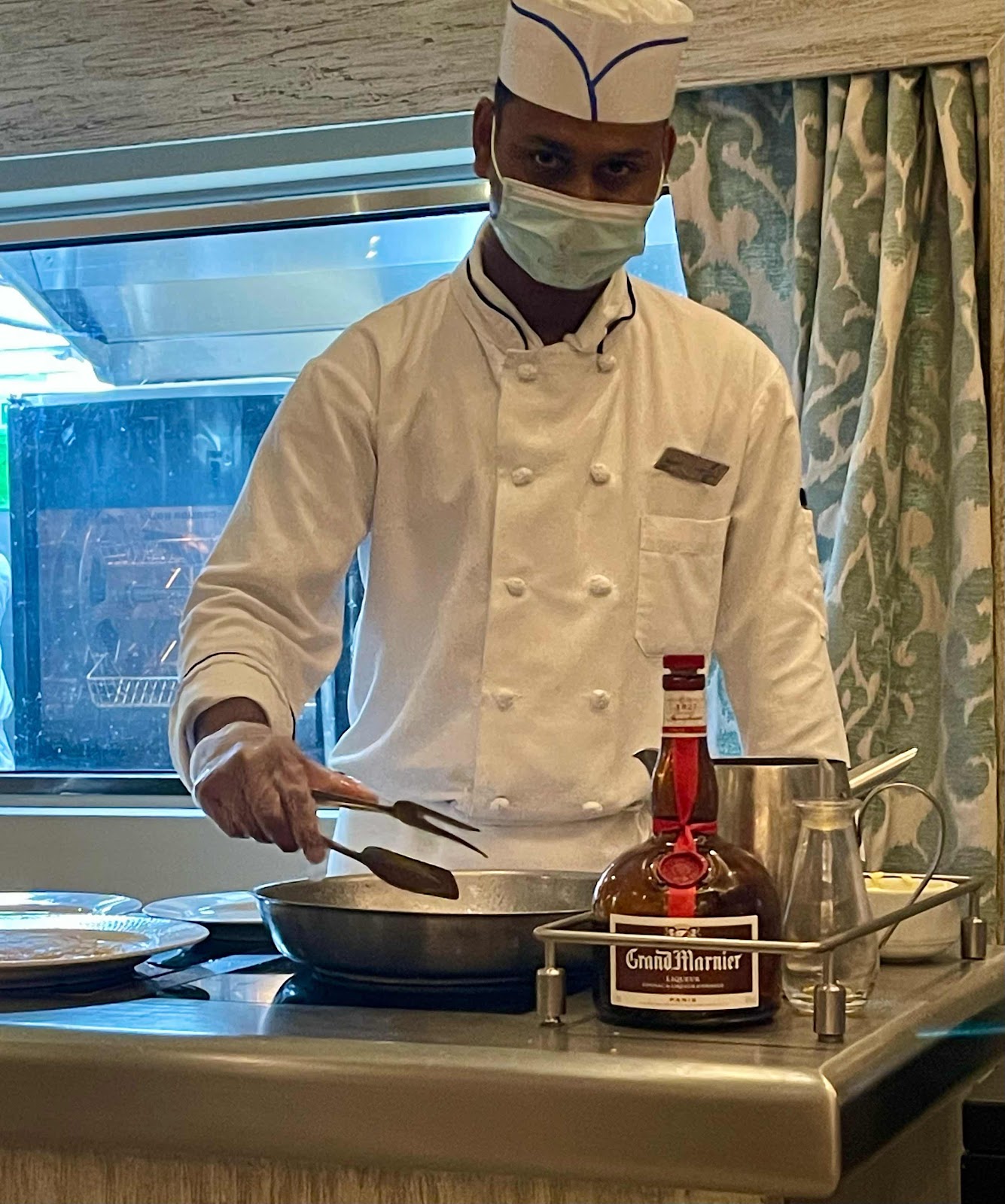 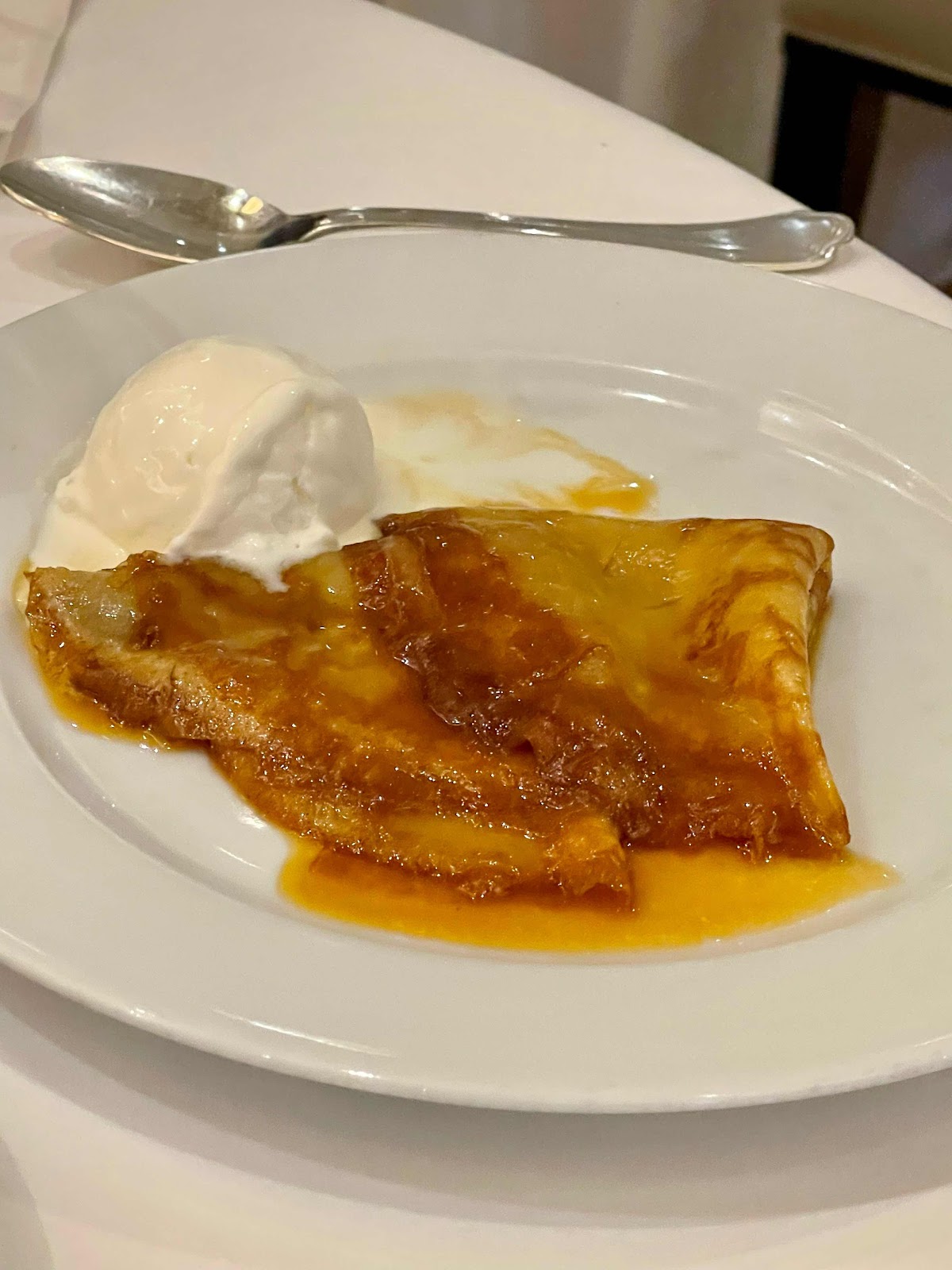 Brian enjoyed a healthy portion of a pistachio-infused (hence the color) Crême Brûlée. 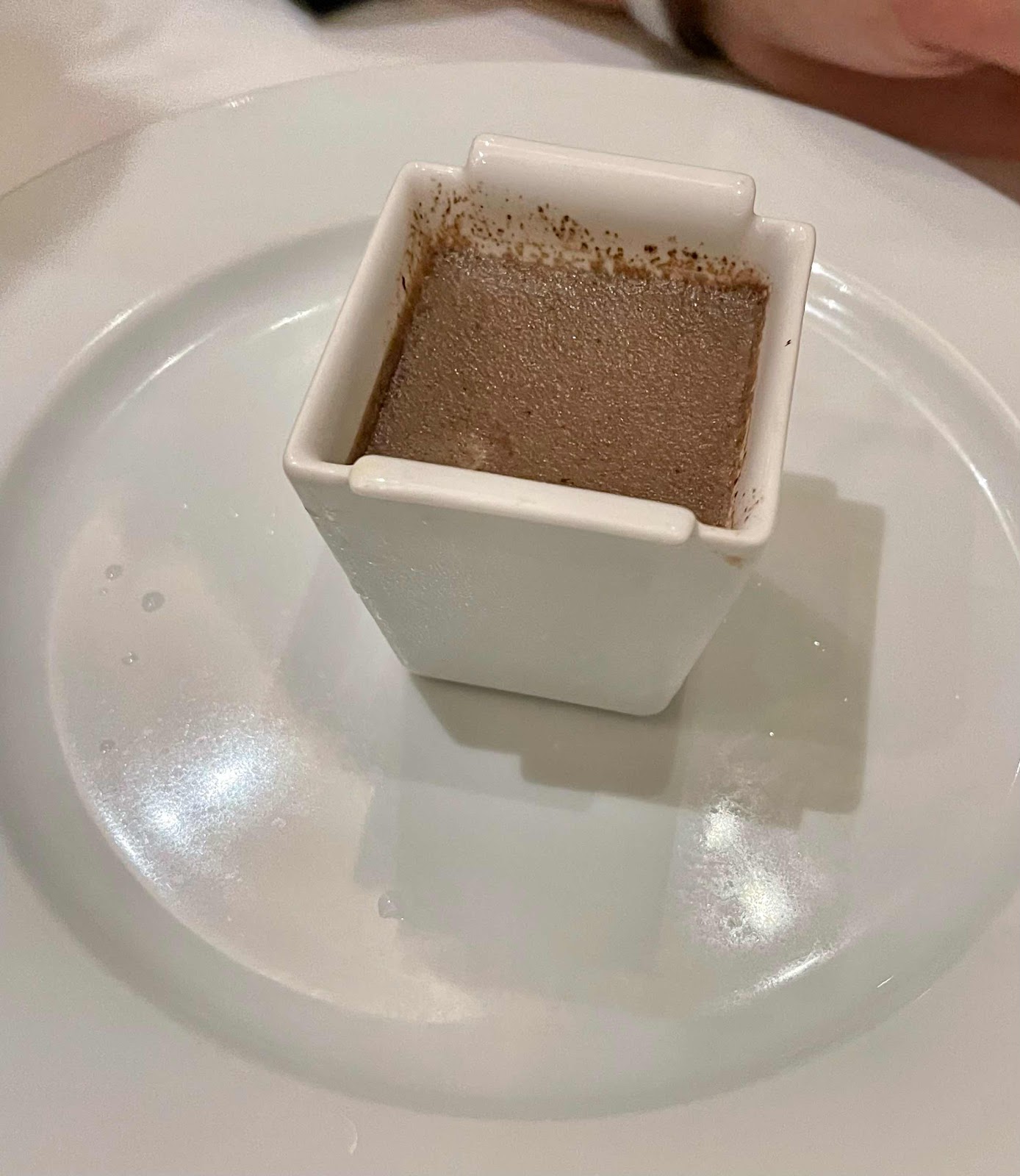 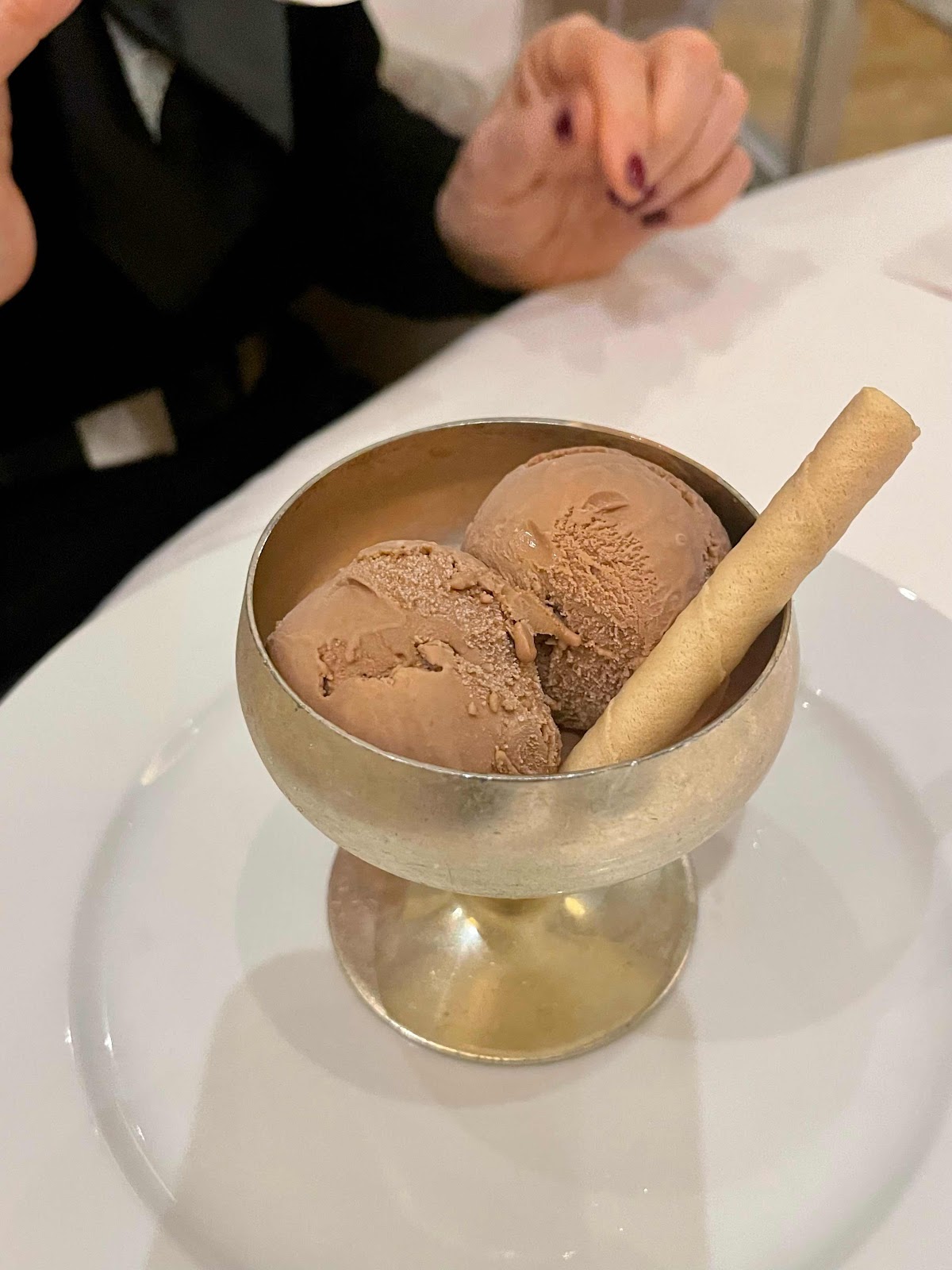 C’est un bon repas!
This morning we’re anchored in the tender port (passengers are “tendered” ashore via the lifeboat tenders) of Port-Vendres, France. 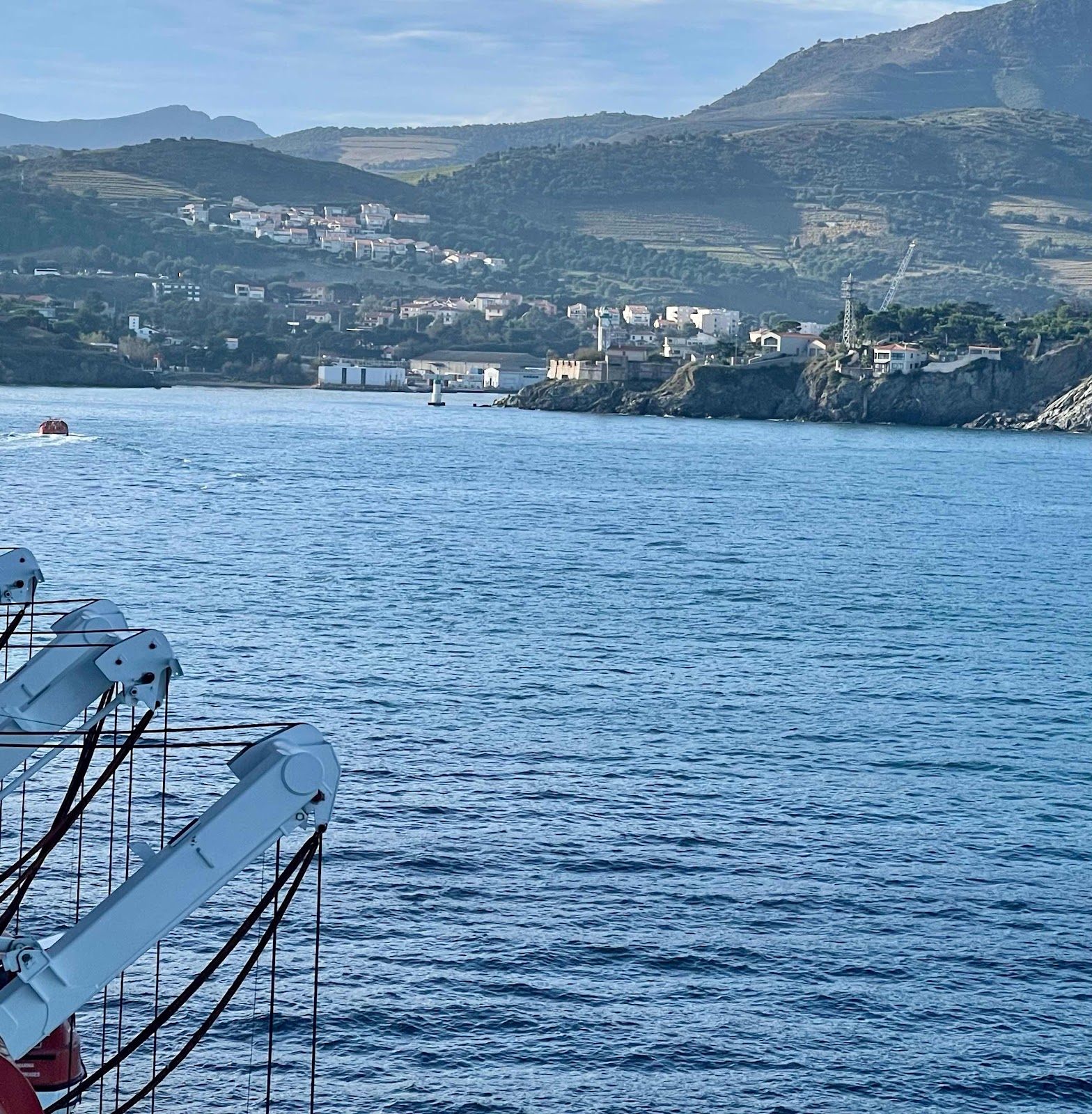 We’ve just been informed that weather will prevent us from docking at tomorrow’s scheduled port, Sète, France, and we’ll instead dock overnight in Barcelona.
C’est la vie. It just might be time to break out the little pills that hold off mal de mer. The Mediterranean can be bumpy at times, as we know from experience.