We visited two fascinating cities in a private tour, got lucky with the weather, and topped off Saturday with our first pizza of the trip.
Our guide, Natalia, helped us cover a lot of ground, as it’s close to an hour’s drive from Bari to and from our two destinations, both of which are UNESCO World Heritage Sites.
Matera, our first stop, could have been inhabited by cave dwellers for anywhere from three to ten millennia. Buildings were eventually stacked on top, giving it the appearance of an enormous Italian hill town. 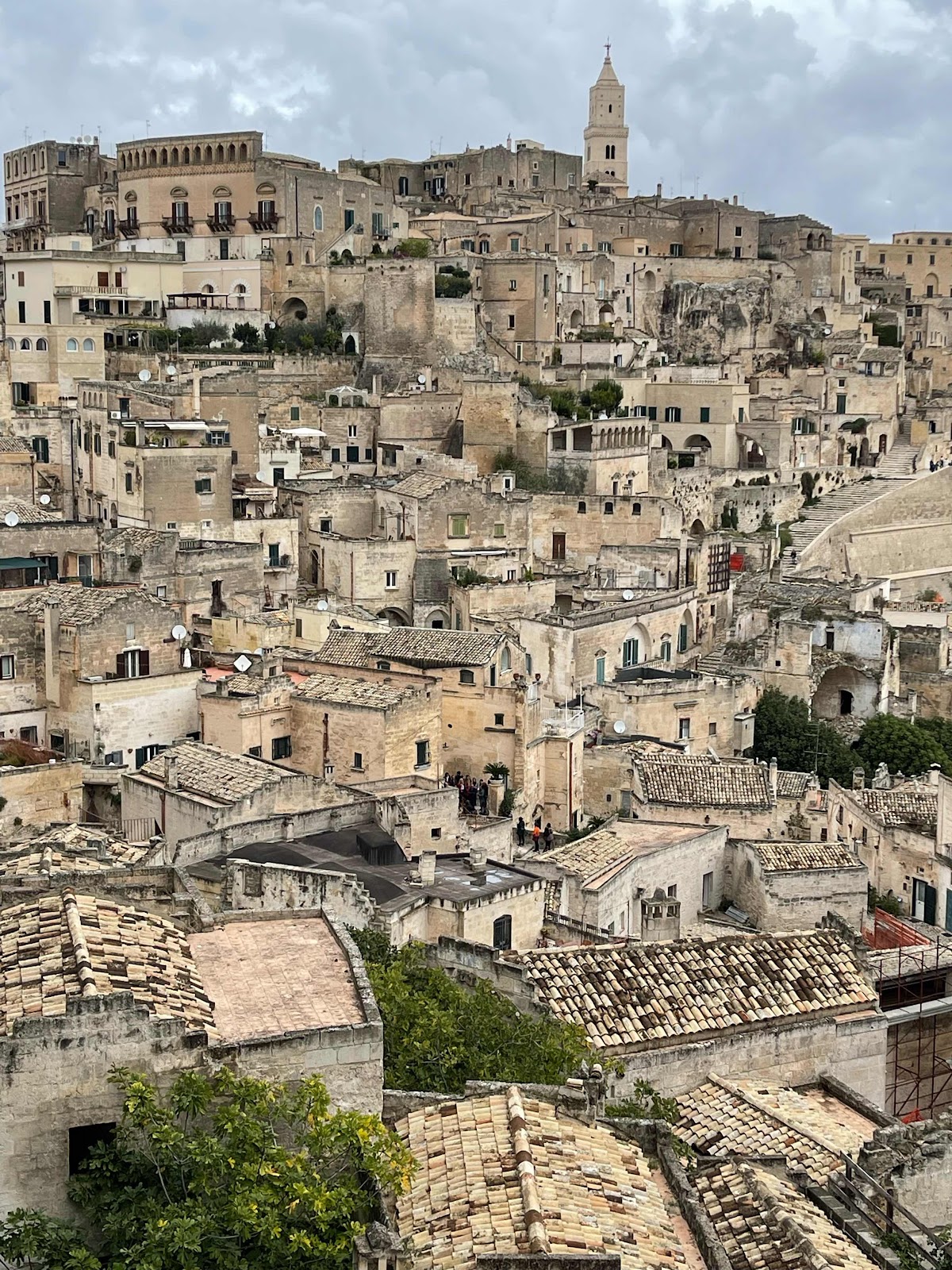 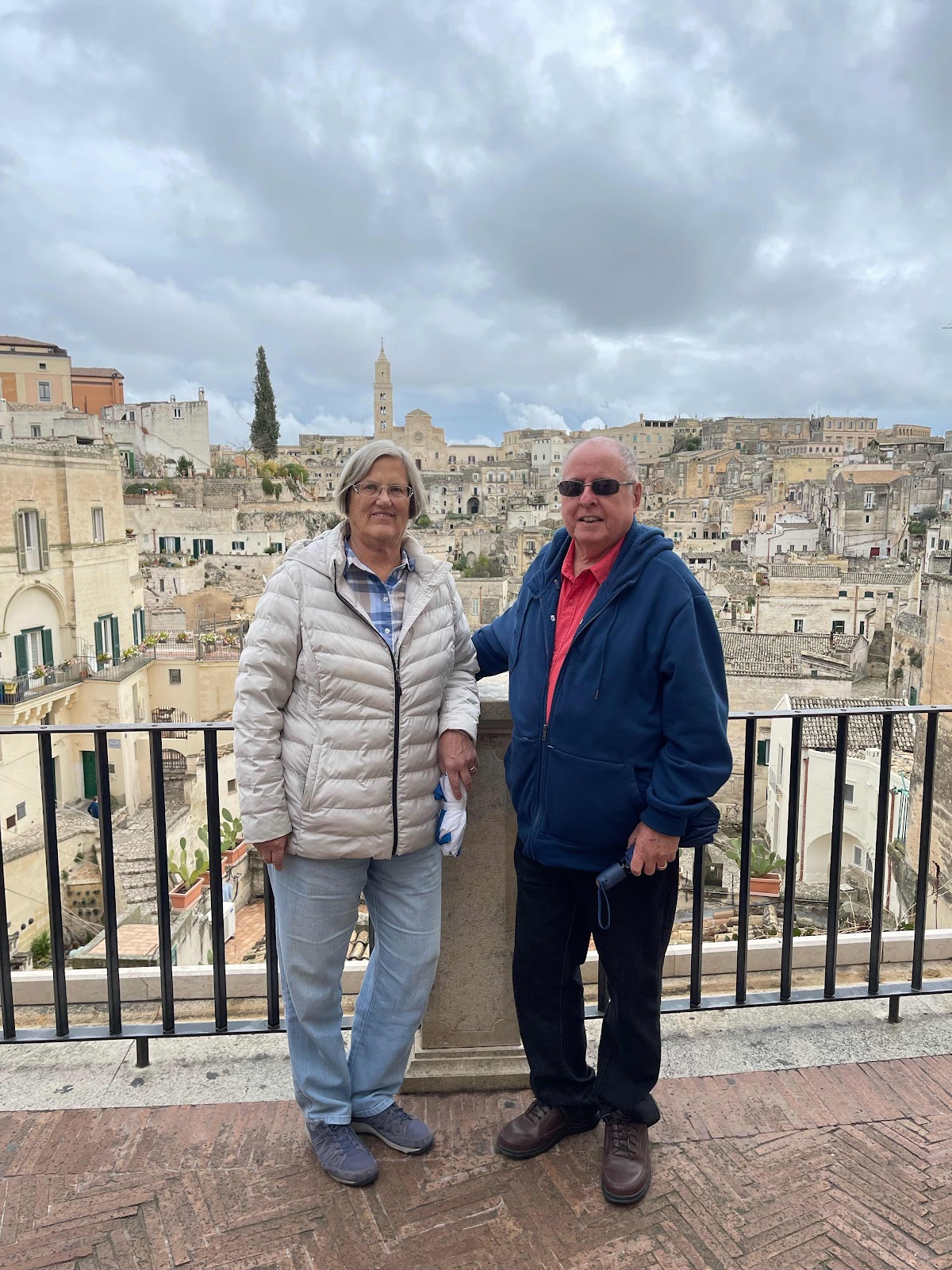 A reform movement in the early 1950s led to the forcible relocation of the cave residents, who were apparently living in poverty and in generally deplorable situations.
The setting, two canyons carved out by a river, was somewhat reminiscent of Mesa Verde in southwest Colorado, the home of the Anasazi cliff dwellers. 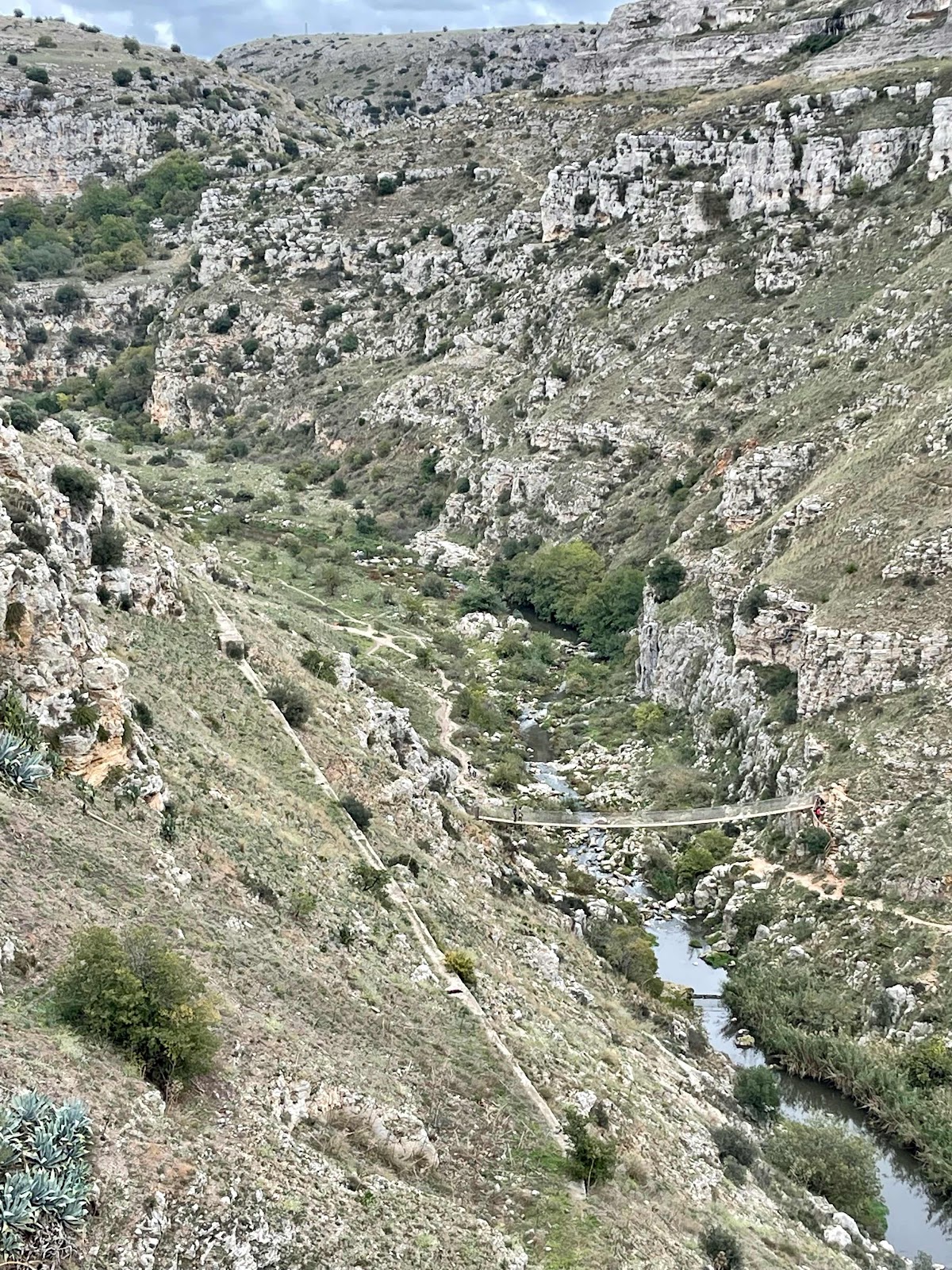 In the 1980s it was renovated and is now full of restaurants, bed and breakfasts accommodations, and tourist shops of all kinds. 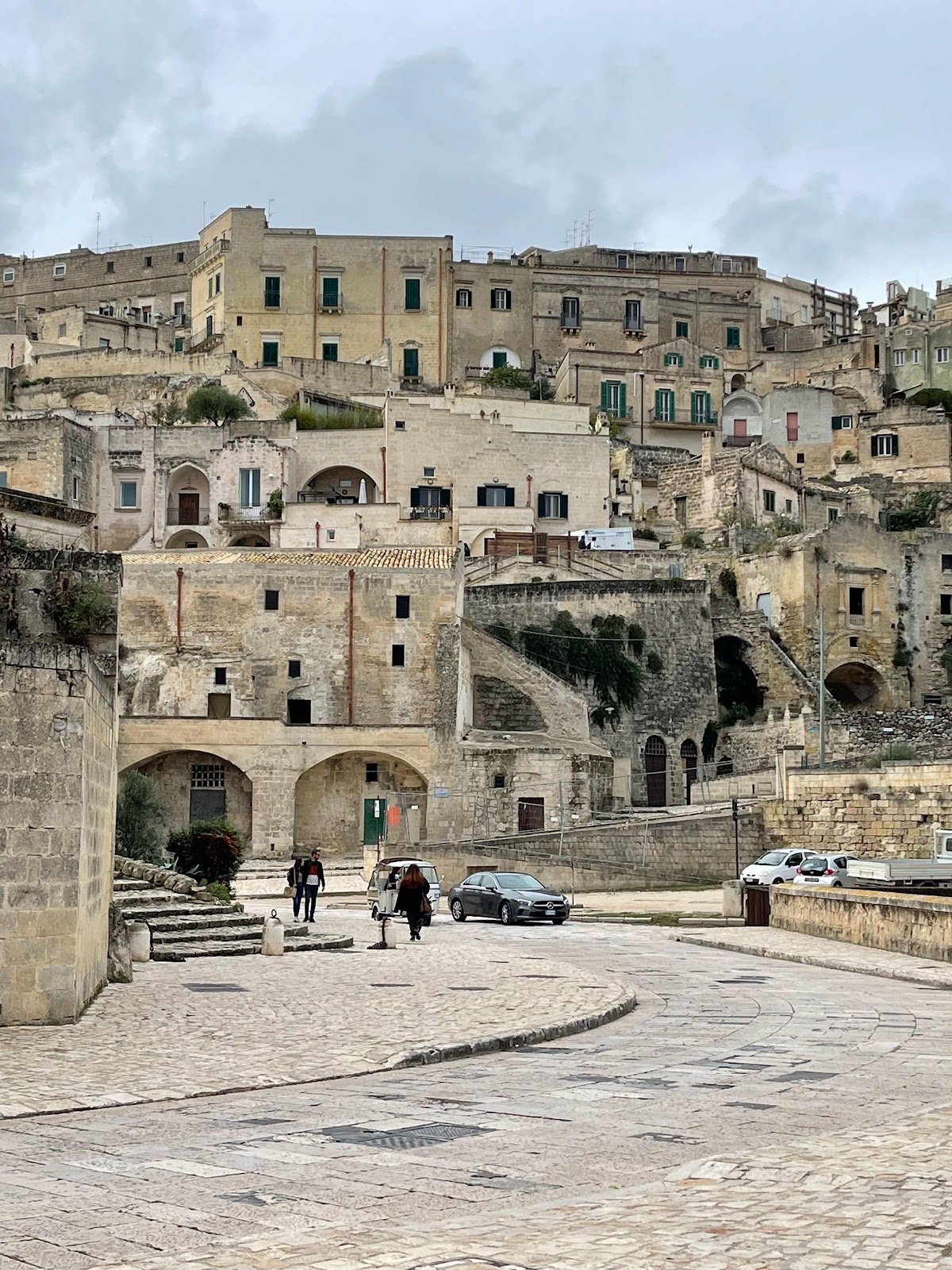 There is a connection to the Spanish surrealist Salvador Dali, and there are several statues erected in homage to him, including this one, featuring the famous melting clock.
https://www.ambientha.com/en/salvador-dali-in-matera-the-capital-of-european-culture-2019/ 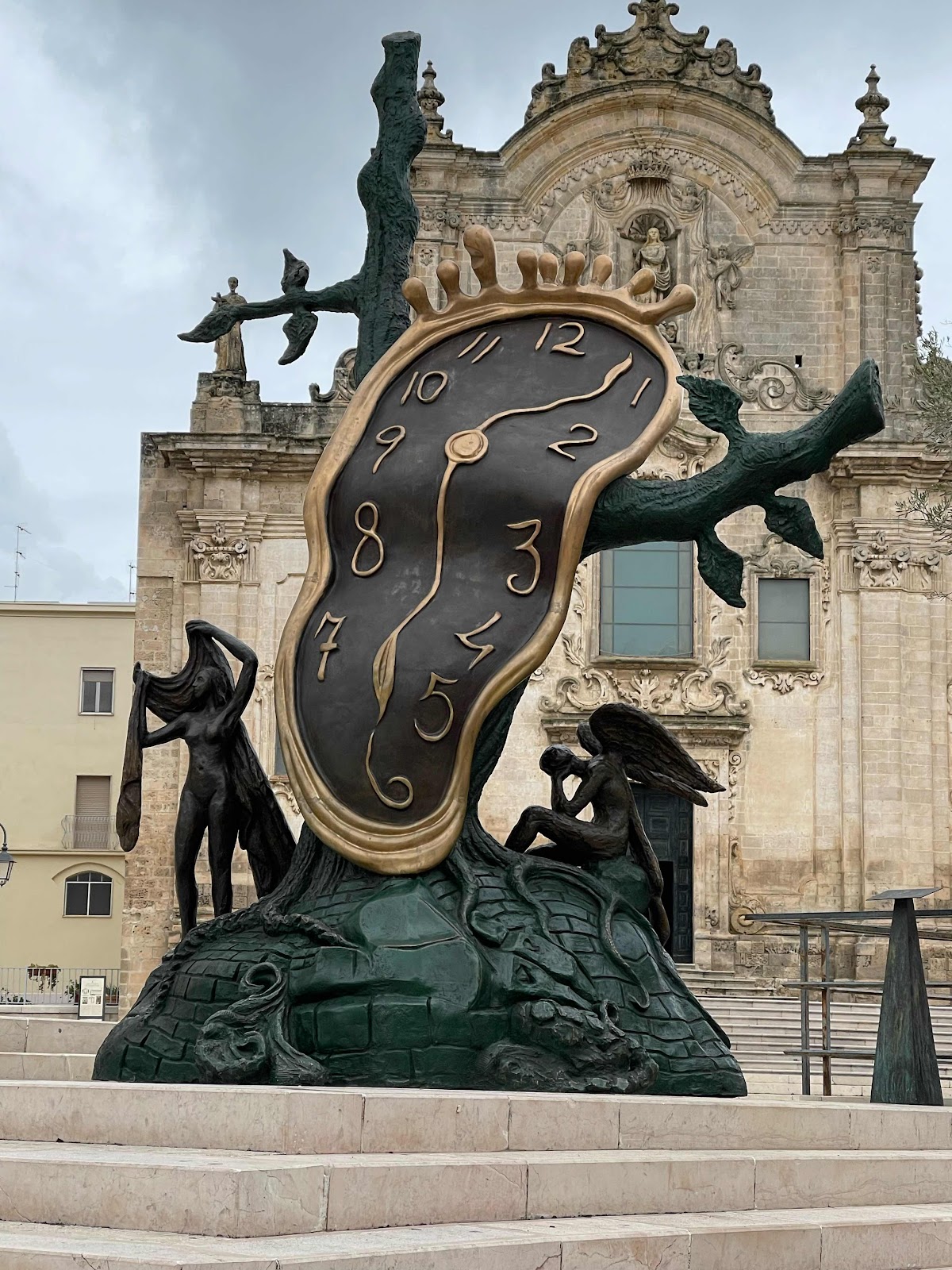 We stopped at a small restaurant for a tasty light lunch. 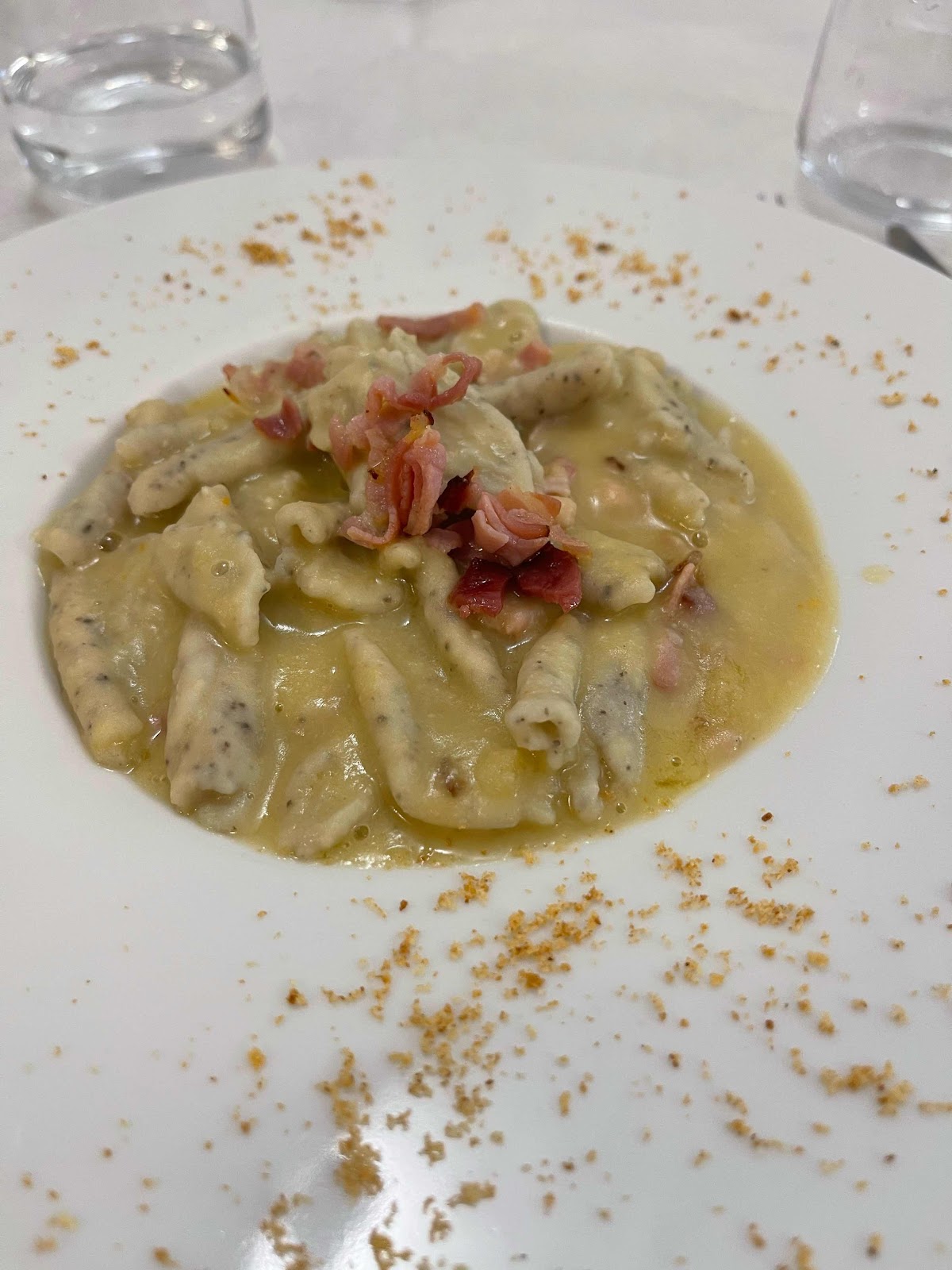 From there it was onward to Alberobello. The scenery featured more rock walls than we’ve ever seen in one area. 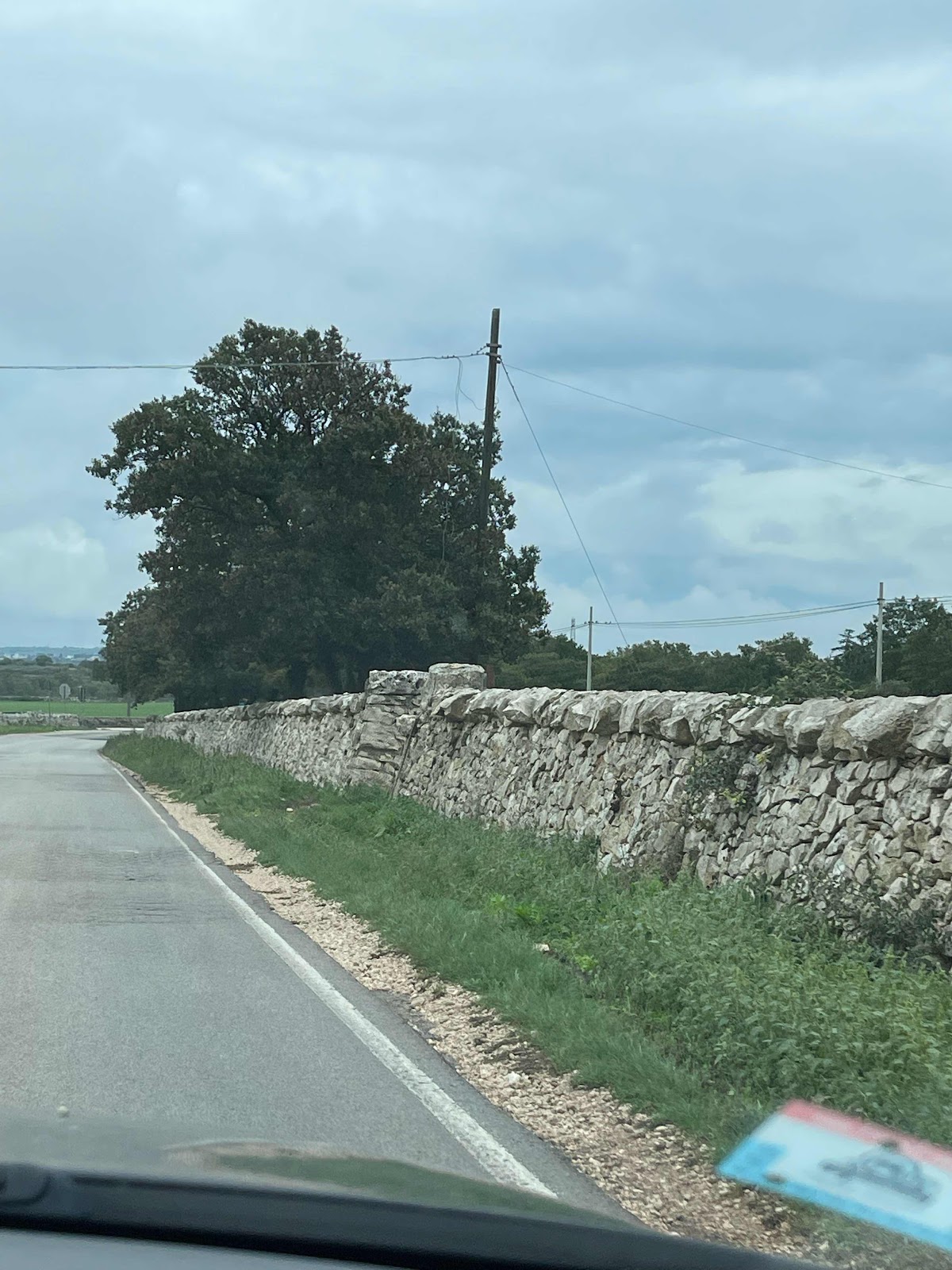 The farmers must have spent inordinate amounts of time clearing the land and also establishing boundaries. 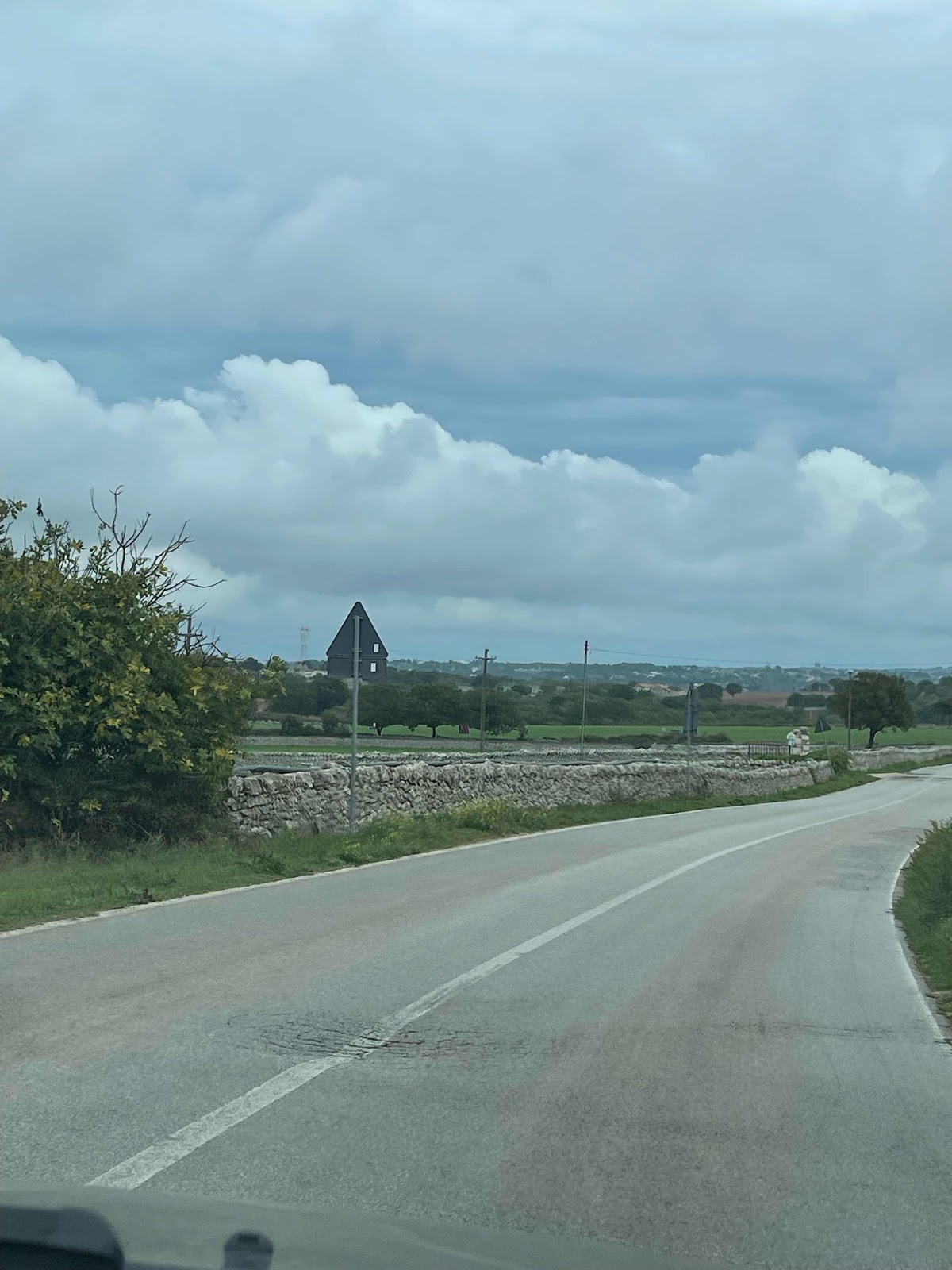 We parked and walked a block or two with our umbrellas at the ready as a light rain started to fall. Soon it went away, despite rather dire official predictions of heavy rain and wind. We caught our first glimpse of the famous coned roof dwellings known as Trulli. 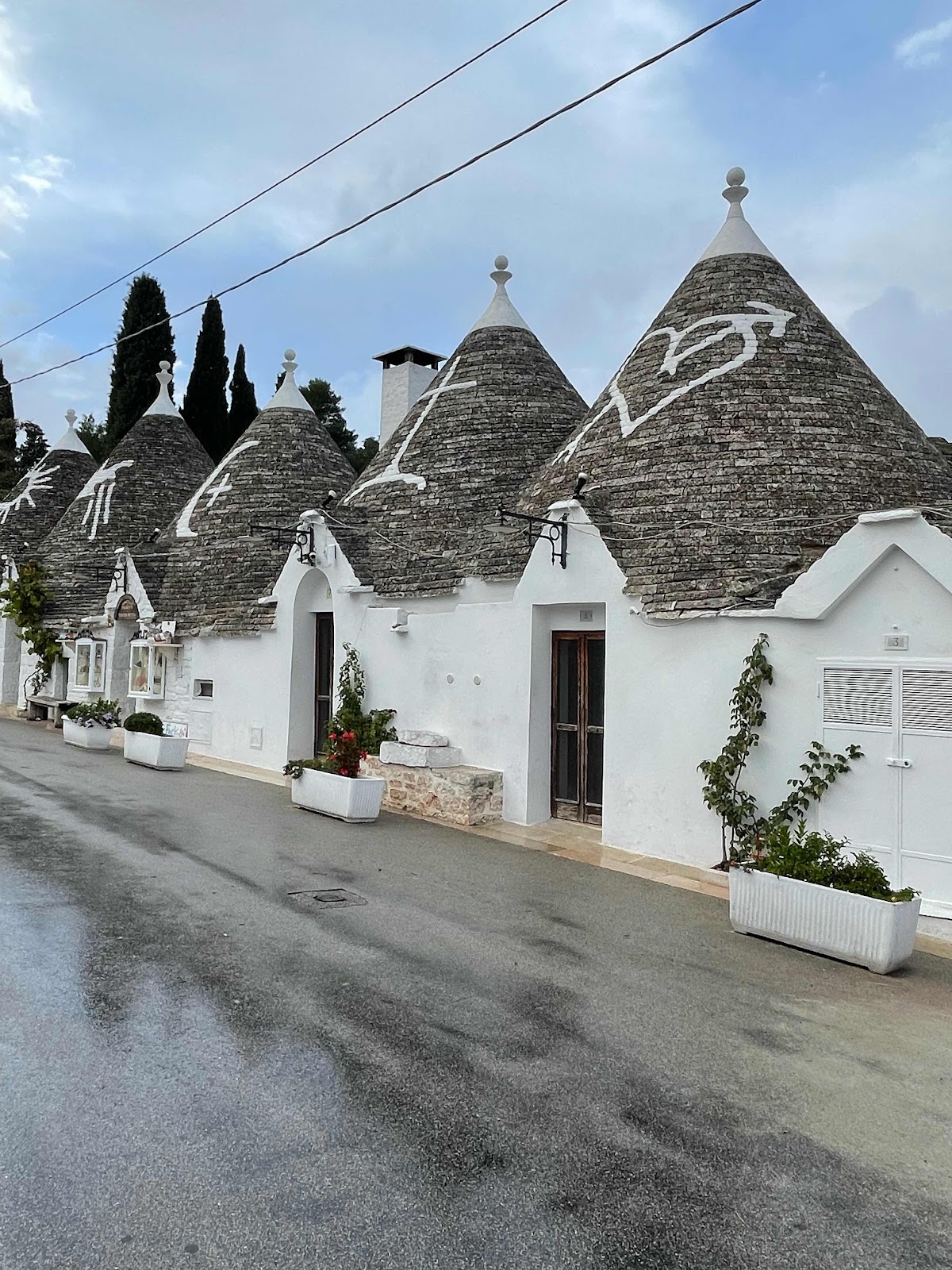 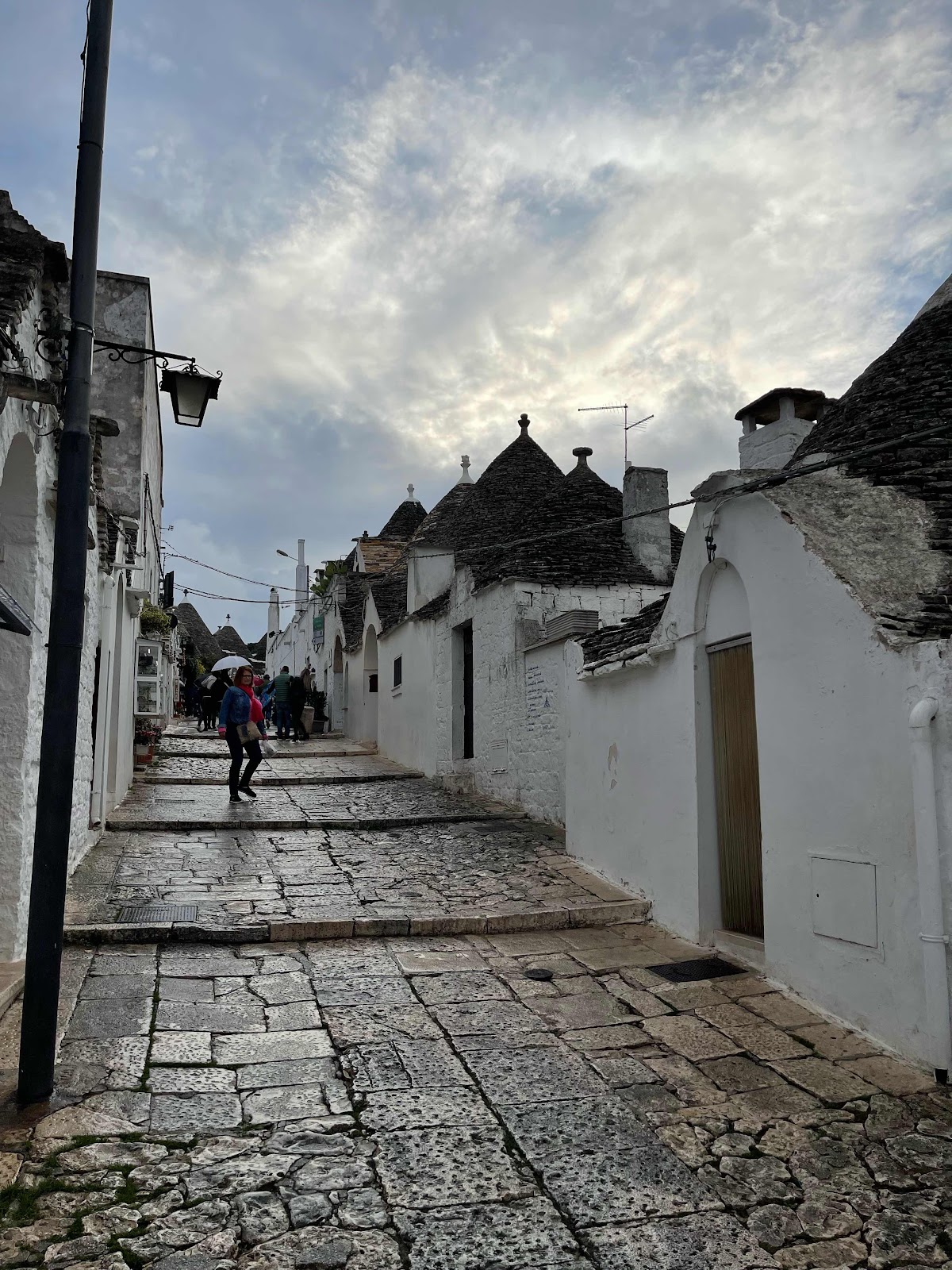 Thanks to Natalia, we even got to meet Maria, the proprietor of a fabric store and a celebrity in Japan. 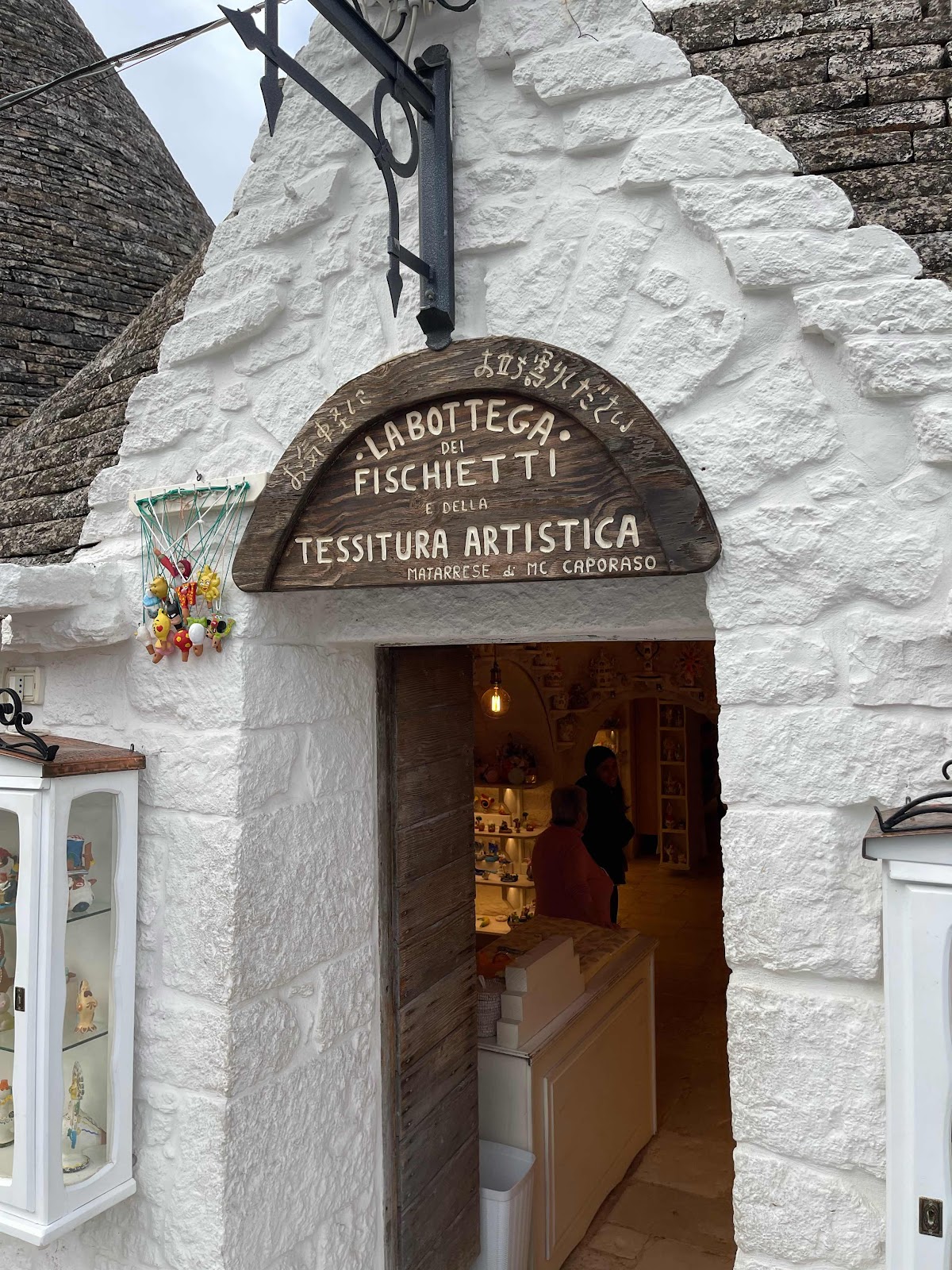 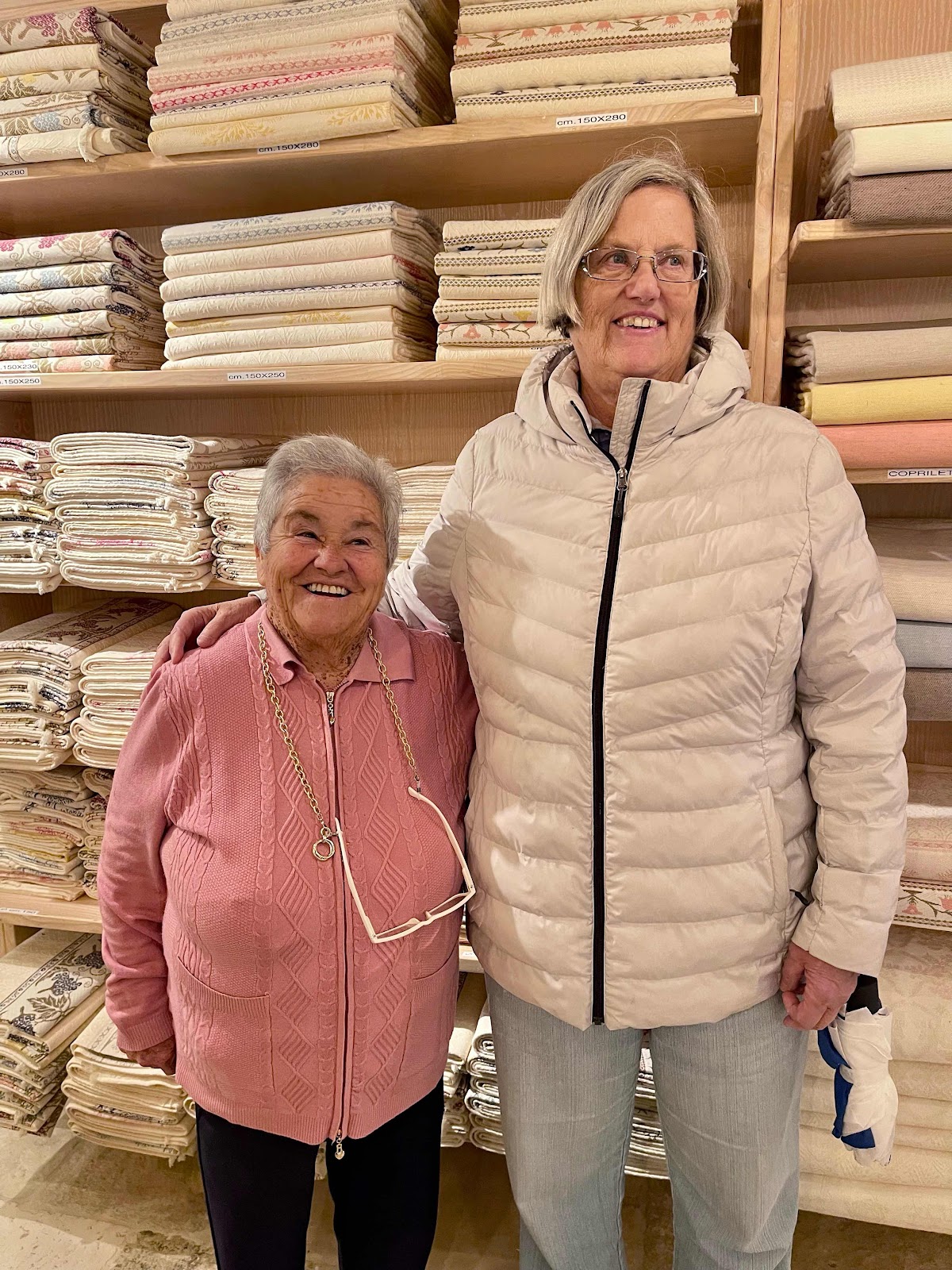 Why Japan? Maria was instrumental in twinning Alberobello with two Japanese cities featuring similarly distinctive architecture. Maria and Alberobello have been featured on Japanese TV. Natalia told us that, as travel restrictions are lifted, they are expecting throngs of Japanese to arrive again.
But why exactly were these dwellings, with their coned and unmortared rock roofs, built this way?
Legend has it that the peasants built them this way to avoid paying taxes. When the tax assessors were about to arrive, the roofs were removed, and reassembled only after they’d left.
If so, it’s consistent with the idea that Italians have a custom of finding creative ways to avoid taxes. We’ll file this under the “too good to check” department. 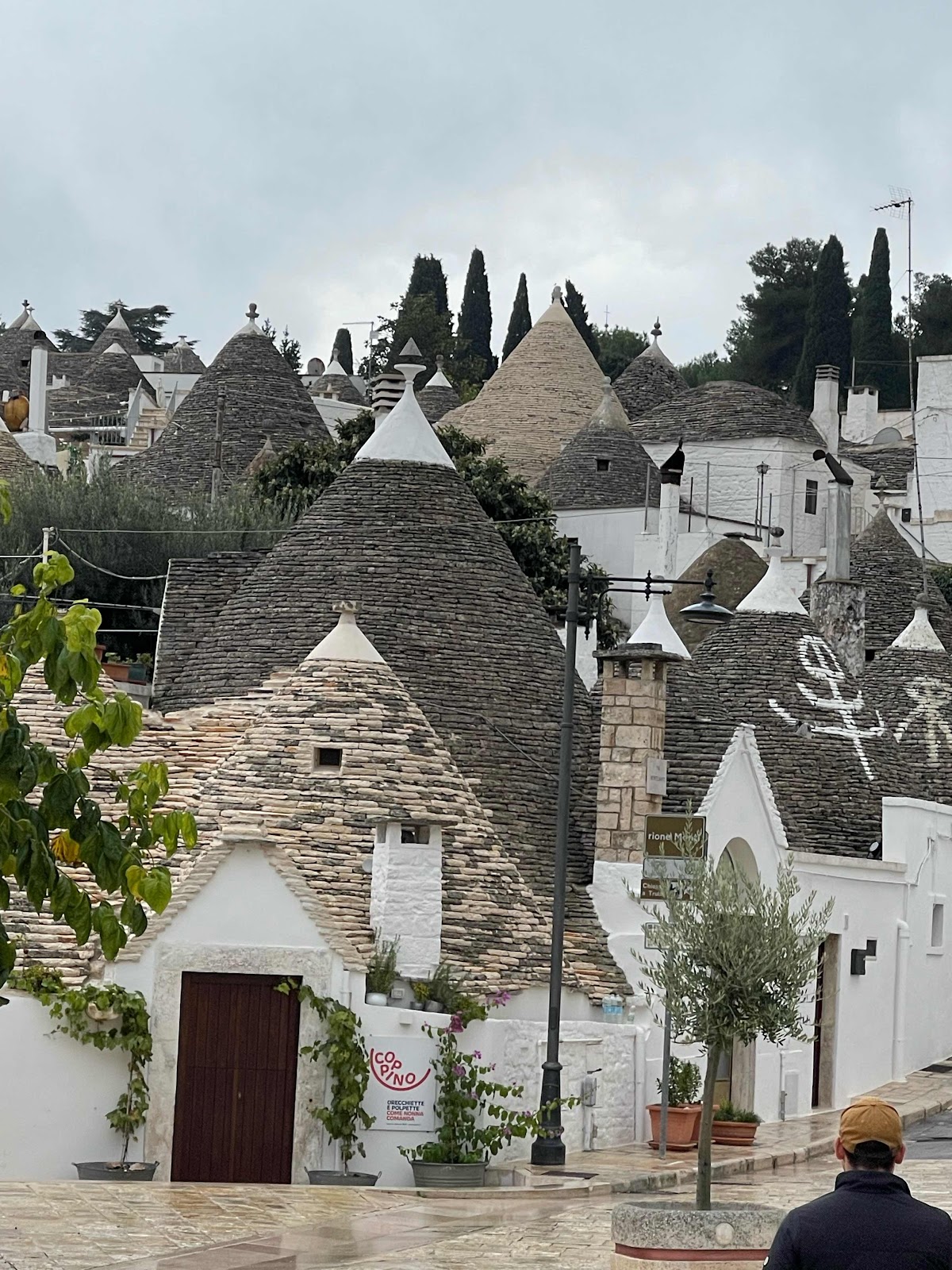 The weather co-operates as Natalia drove us back to our Bari hotel and we say our goodbyes. 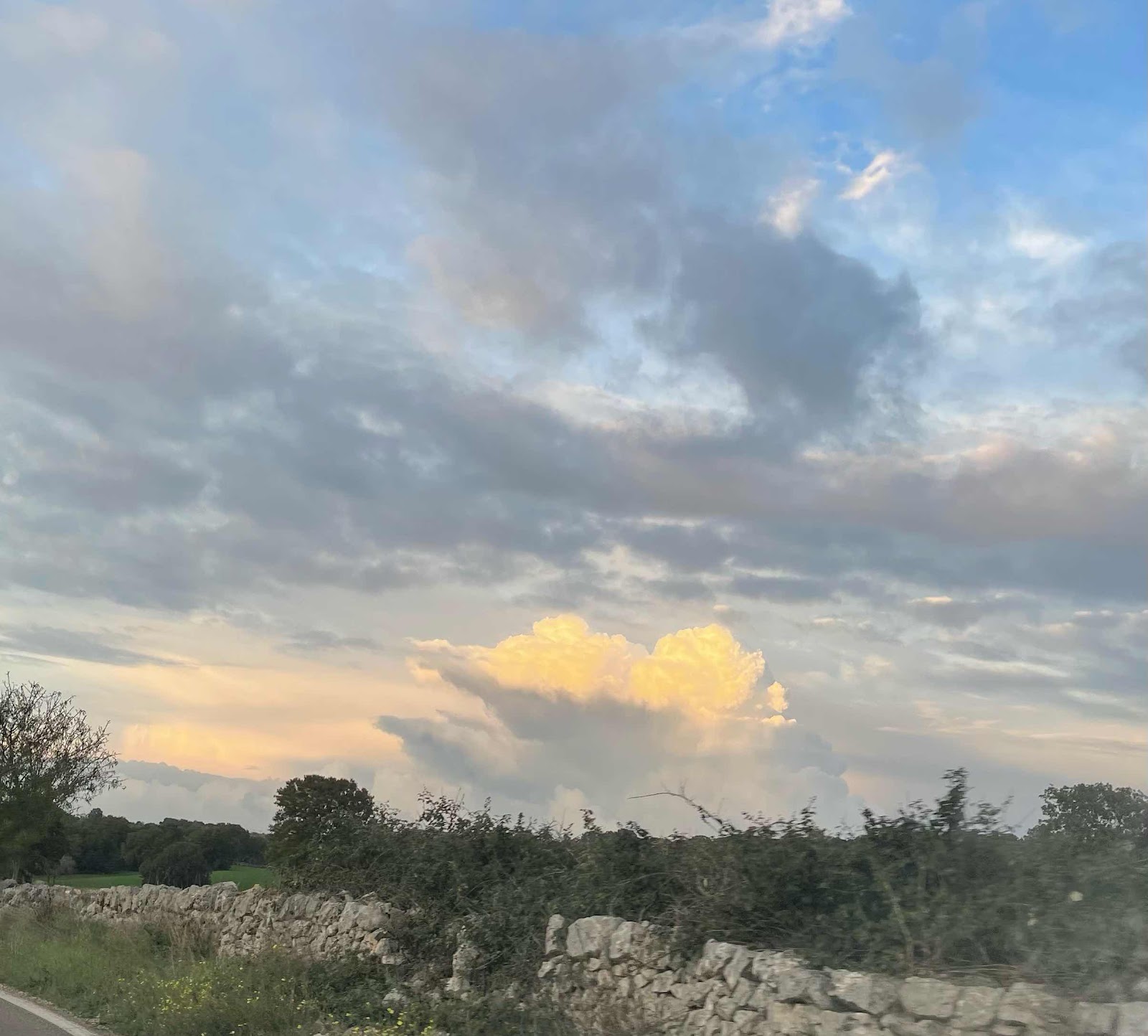 She also made us reservations for an early (7:30) dinner at Pizza e Altro, a short walk from the Mercure. That proved to be a terrific choice. 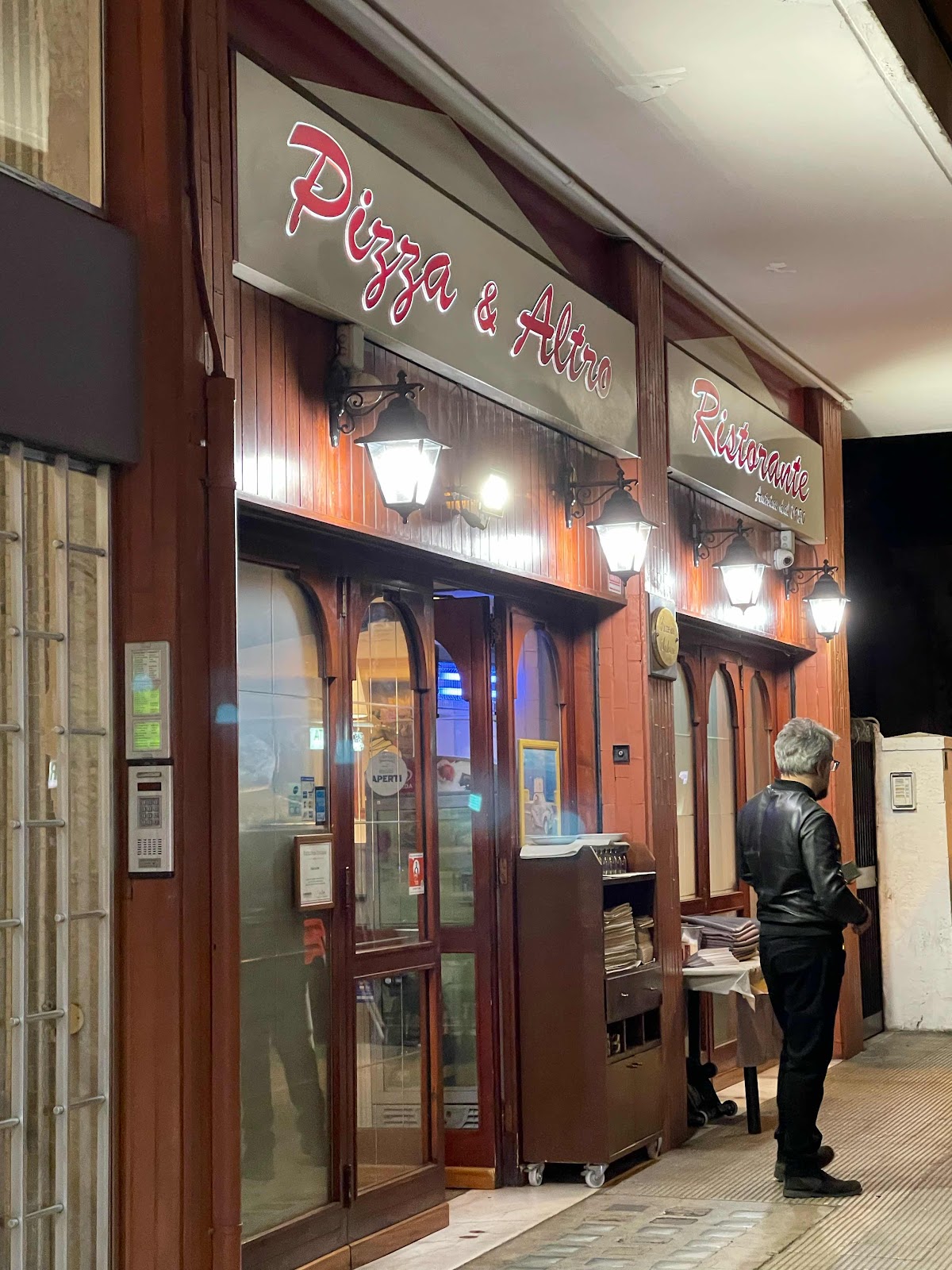 It’s clearly popular with locals, but an English speaking waiter was kind and friendly to us. It was empty when we arrived and nearly filled to capacity when we left.
We started with a shared Parma Ham and Buffalo Mozzarella appetizer. 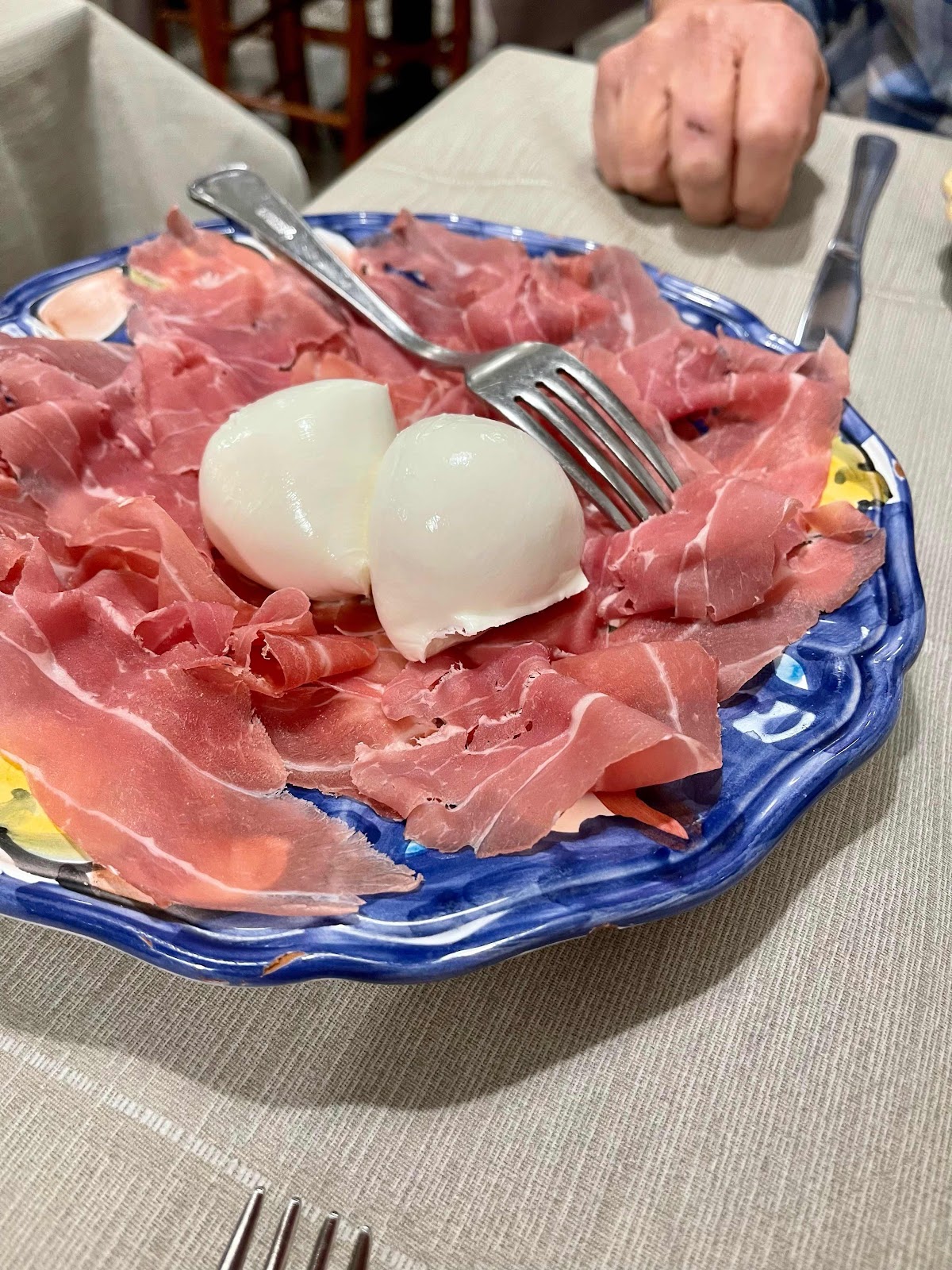 The pizzas were excellent. 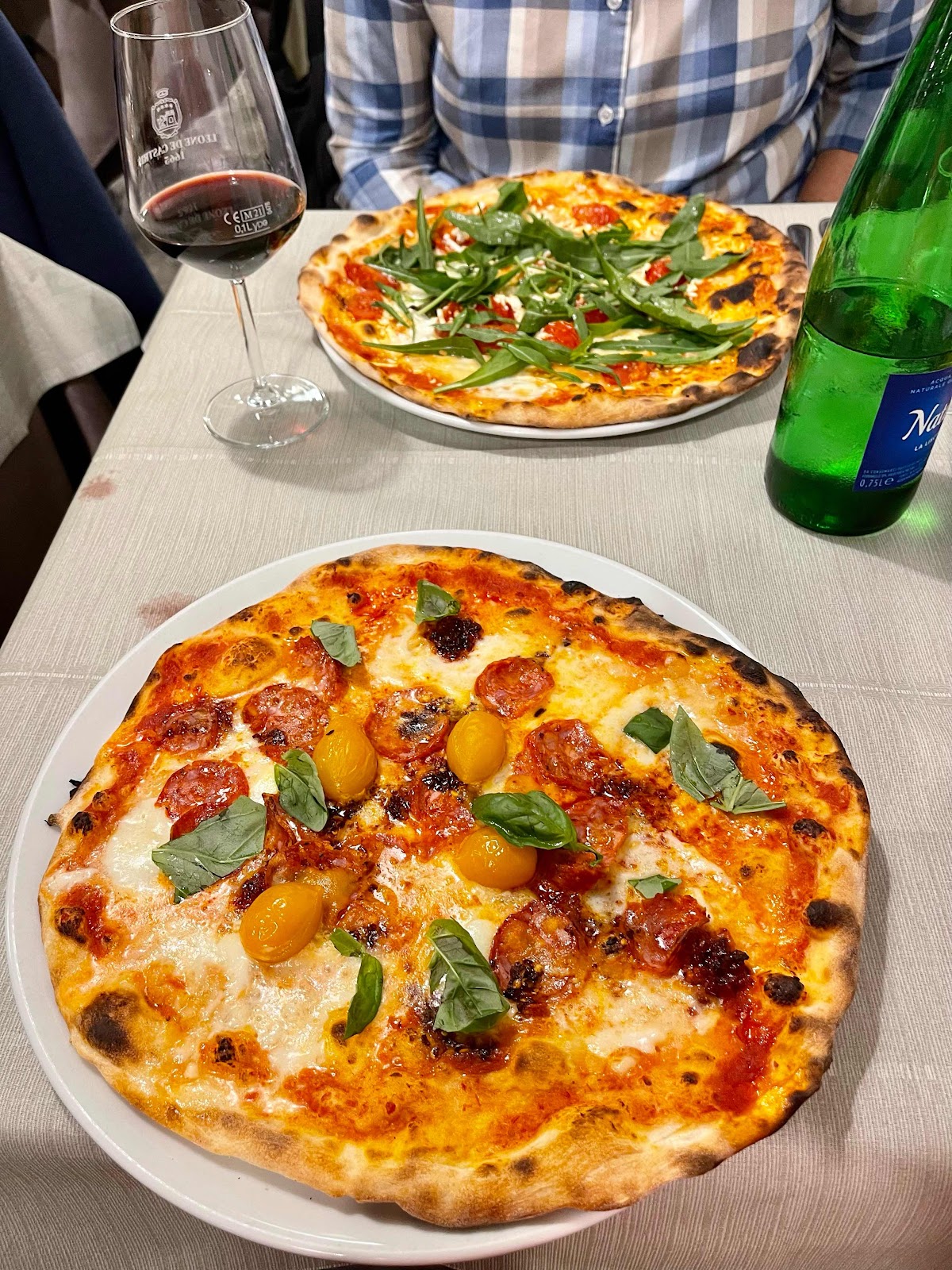 Early Sunday morning we took a taxi to the train station, where we had time for a Cappuccino and a croissant before boarding our train for Rome. 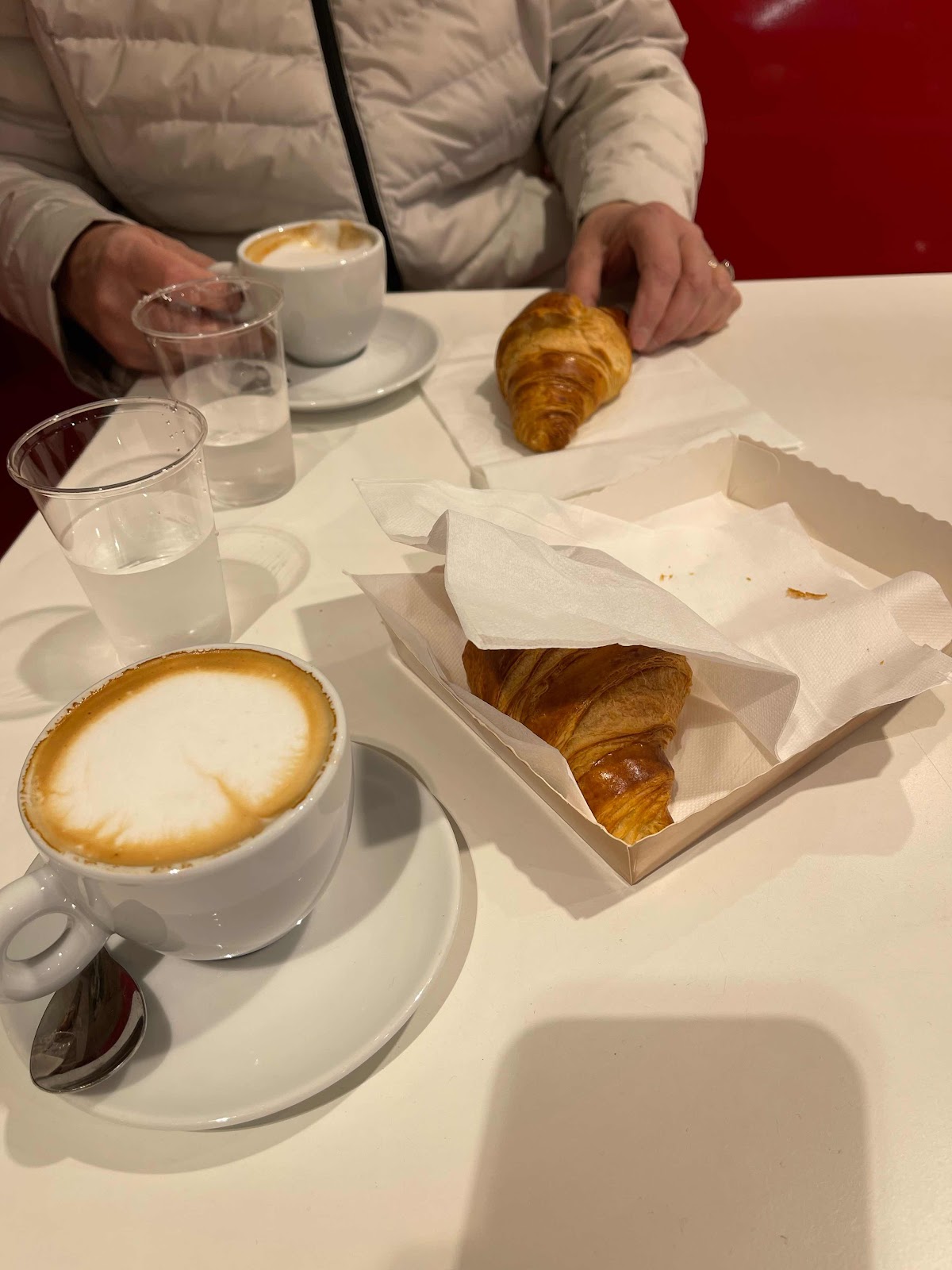 We also bought sandwiches for lunch on the train. 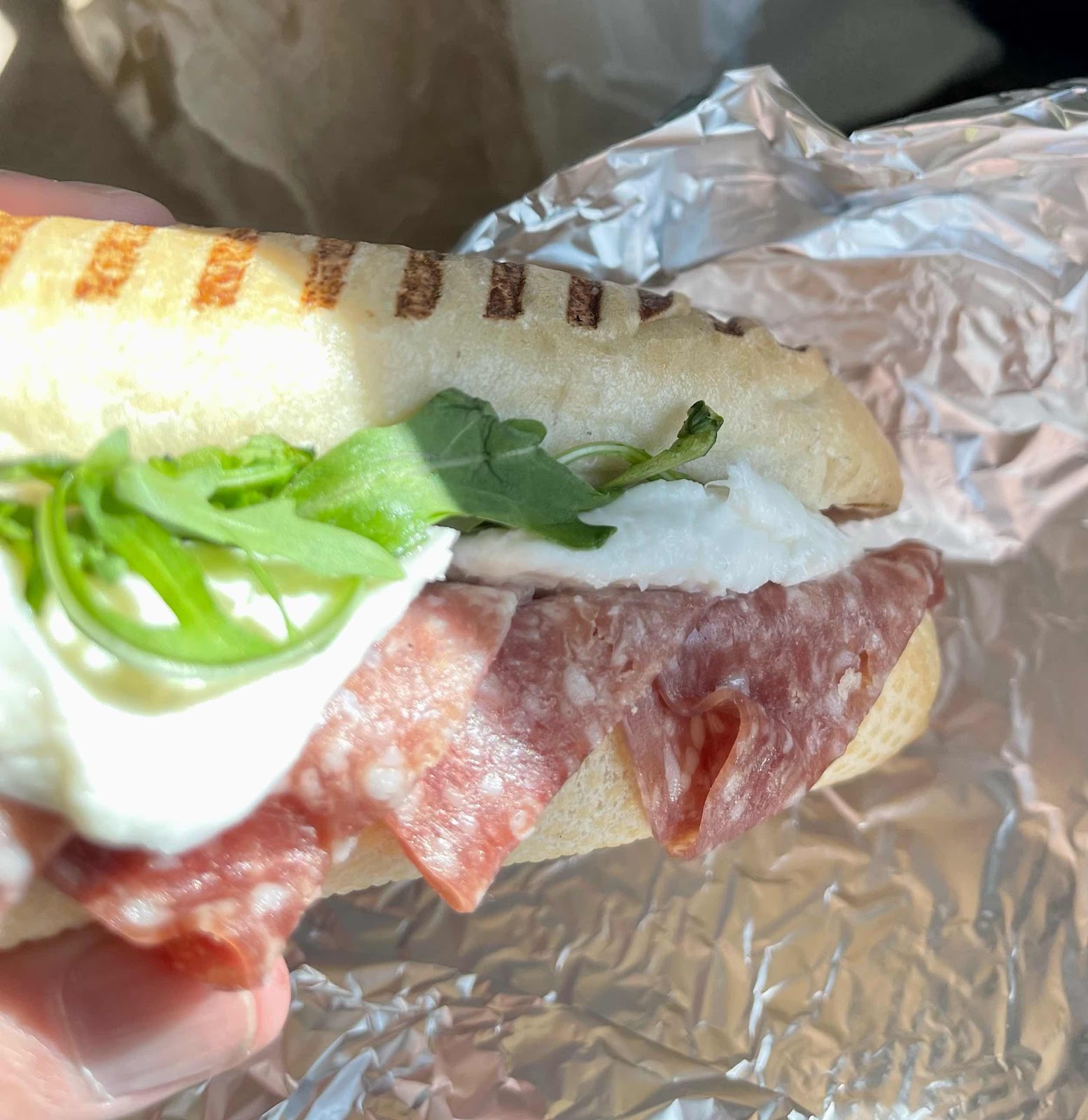 Once at Roma Termini, we transfer to a regional train for the 45-minute trip to Civitavecchia. Our VRBO host, Mauro, has promised to meet us there and drive us to the little apartment that will be our home for five nights until we board Marina November 11.
Onward to the next destination! 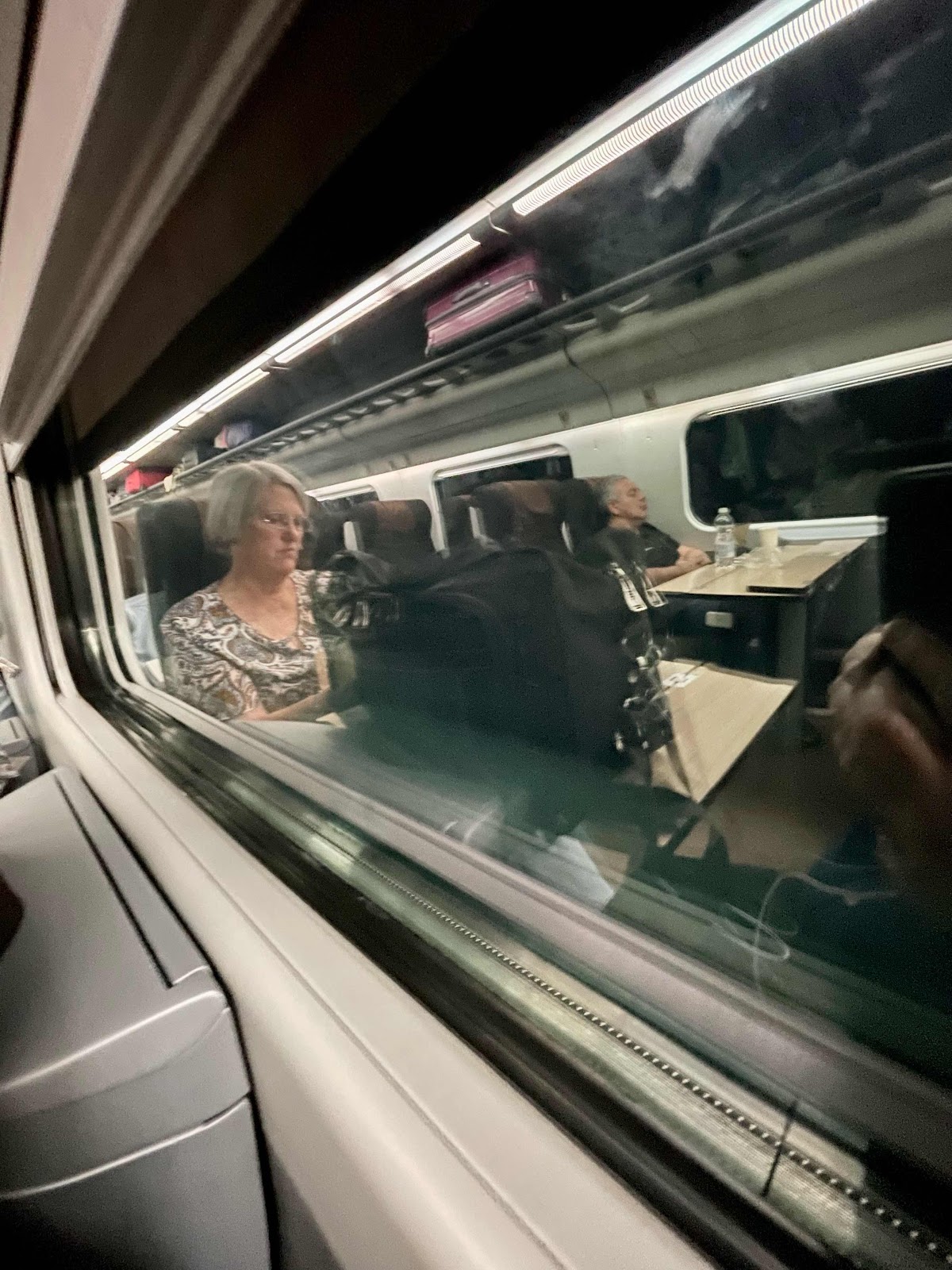 Thanks, all I can think about now is “ Parma Ham and Buffalo Mozzarella”
Drooling like Pavlov’s dog

No luck so far seeking three-year-old Parmagiano Reggiano. We just might have to return to Parma one of these days… Kathy and Brian