In Which We Cause a Flight Delay

In our previous post, we noted that “Although we bought the tickets through BA, the fourth flight of the trip will be the first on BA metal.”
That comment proved to be an inadvertent example of foreshadowing, an ominous hint of something to come.
We arrived at the gate in plenty of time. It happened to be directly below the South Galleries Lounge we’d visited. 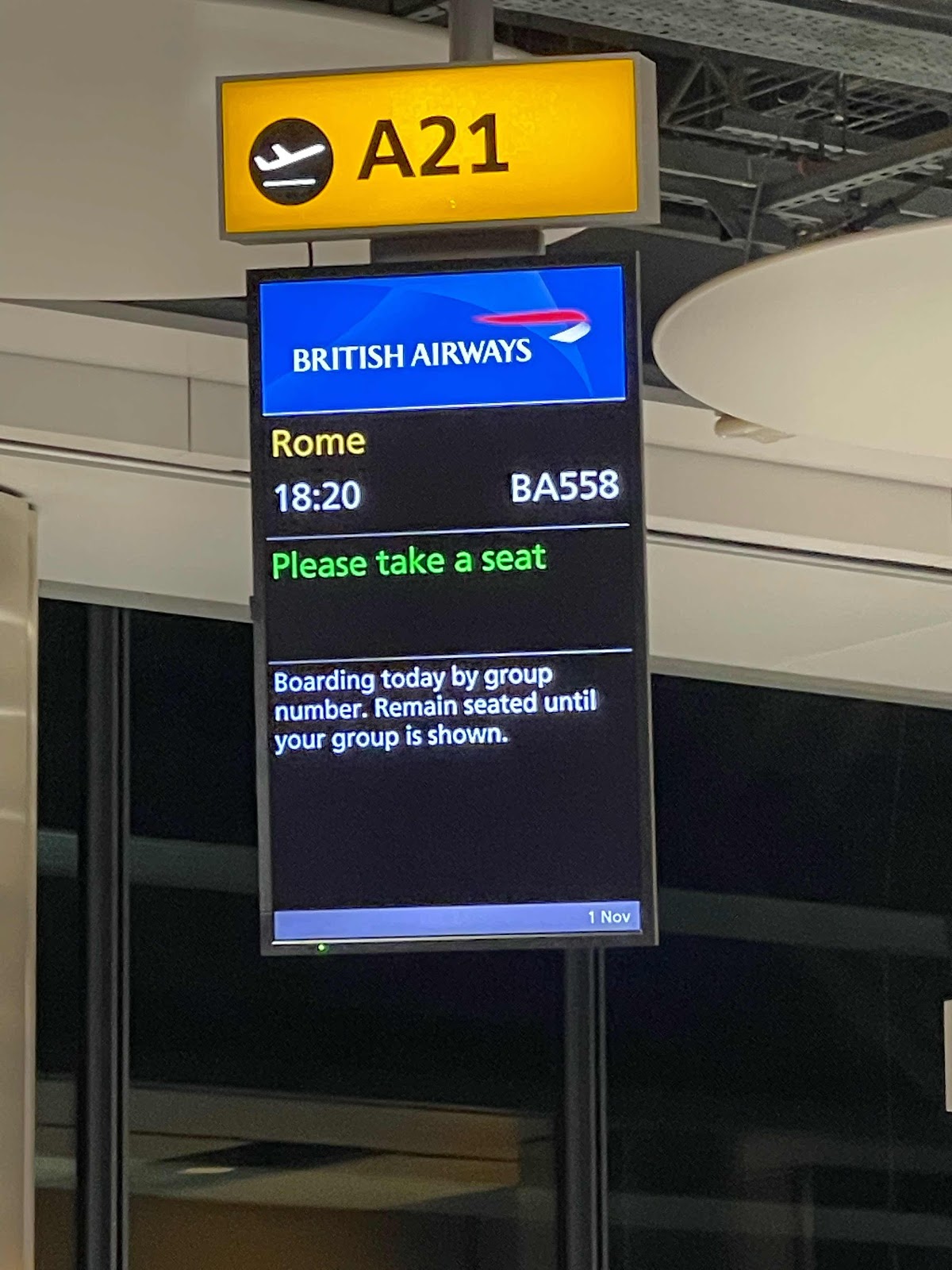 Eventually it was our turn to board in Group 1. We proffered our boarding passes, printed for us by an Alaska Lounge employee in Seattle. The BA system rejected them.
The gate agent tried repeatedly and then called on his colleague for help. Other passengers queued up behind us as he tried over and over. 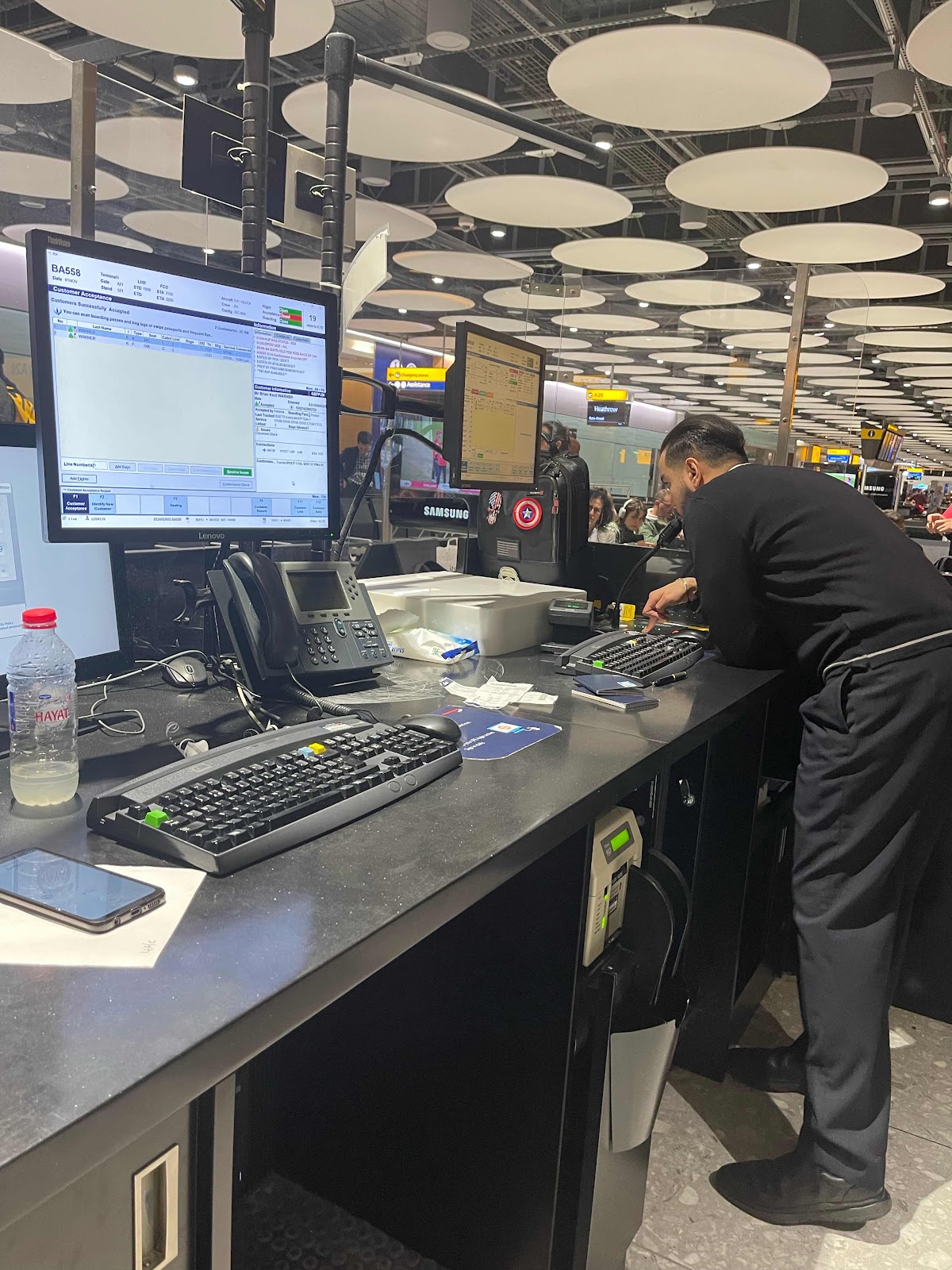 He asked if we’d gone through Immigration, which of course we hadn’t. He kept trying, calling his support line at least twice. We started to contemplate the possibility we weren’t going to be on that flight. 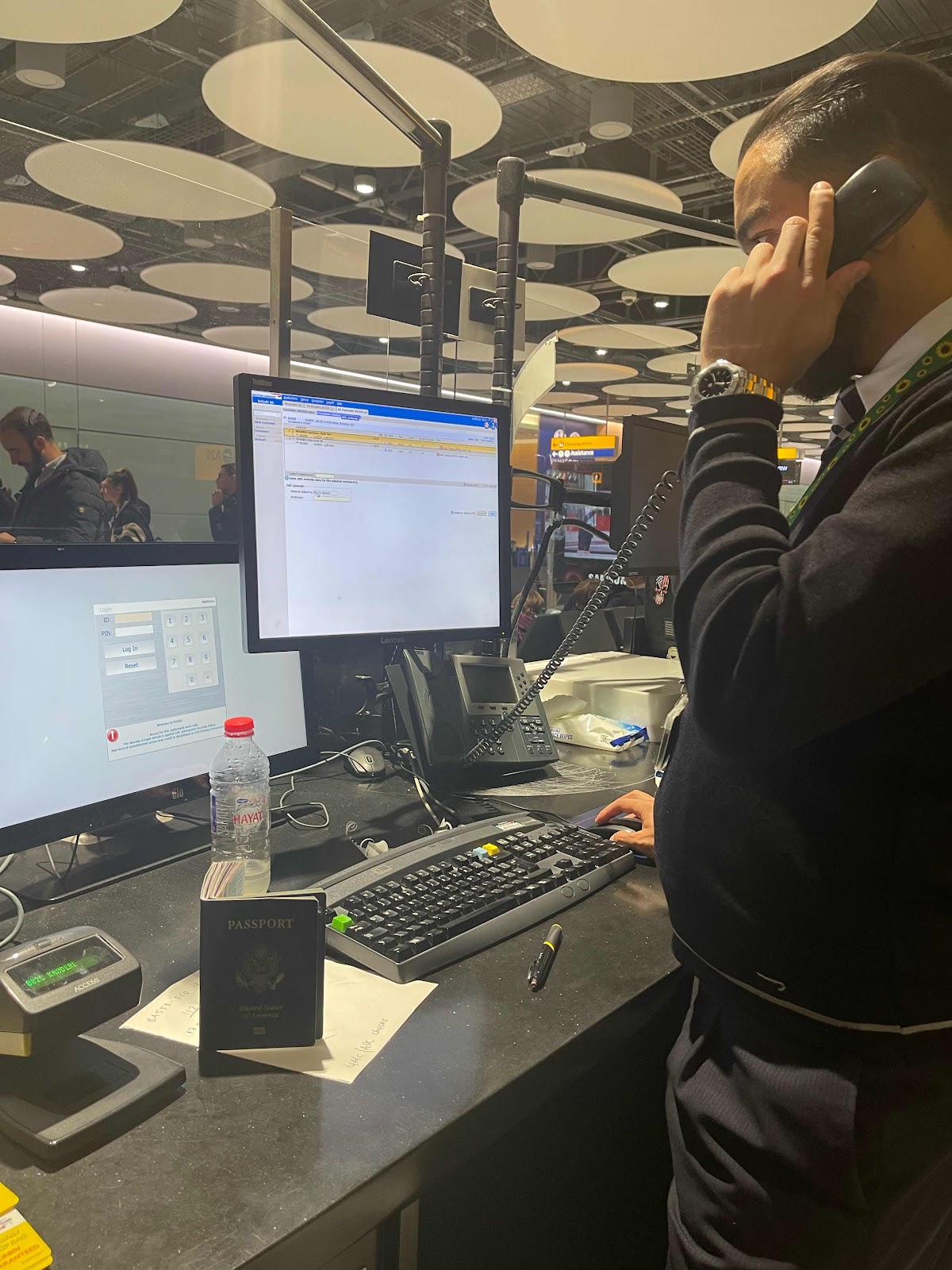 After about 20 minutes, the agent finally got the system to spit out two BA boarding passes and he sent us down the jet bridge with apologies. We’re guessing he continued to work on solving whatever the underlying problem.
We were among the last to board, and found room for our rollaboards with the help of a cheerful flight attendant. BA seemed to be having a lot of problems yesterday, and their system’s reluctance to generate boarding passes for us were certainly among them.
The plane departed a half hour late, so we checked in at the Rome Airport Hilton around 11:30 pm. 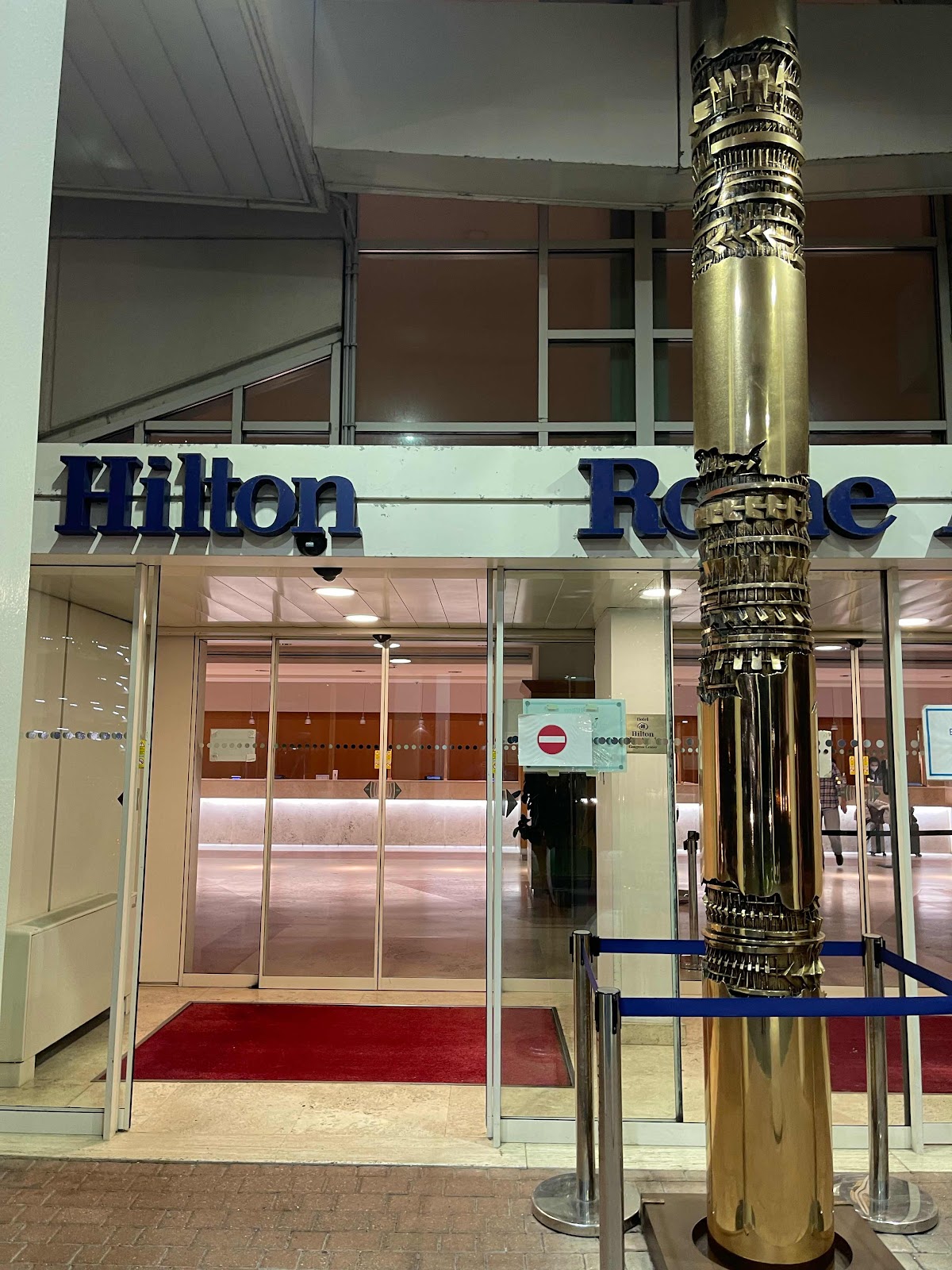 The room assigned us was downright hot, and we called the front desk. They assigned us a new room down the hall that was blissfully cool. Sometimes it pays to complain.
Today we ride trains to Lecce, our first destination in Puglia. We’ll see what travel adventures await us.
The view from our window Wednesday morning… 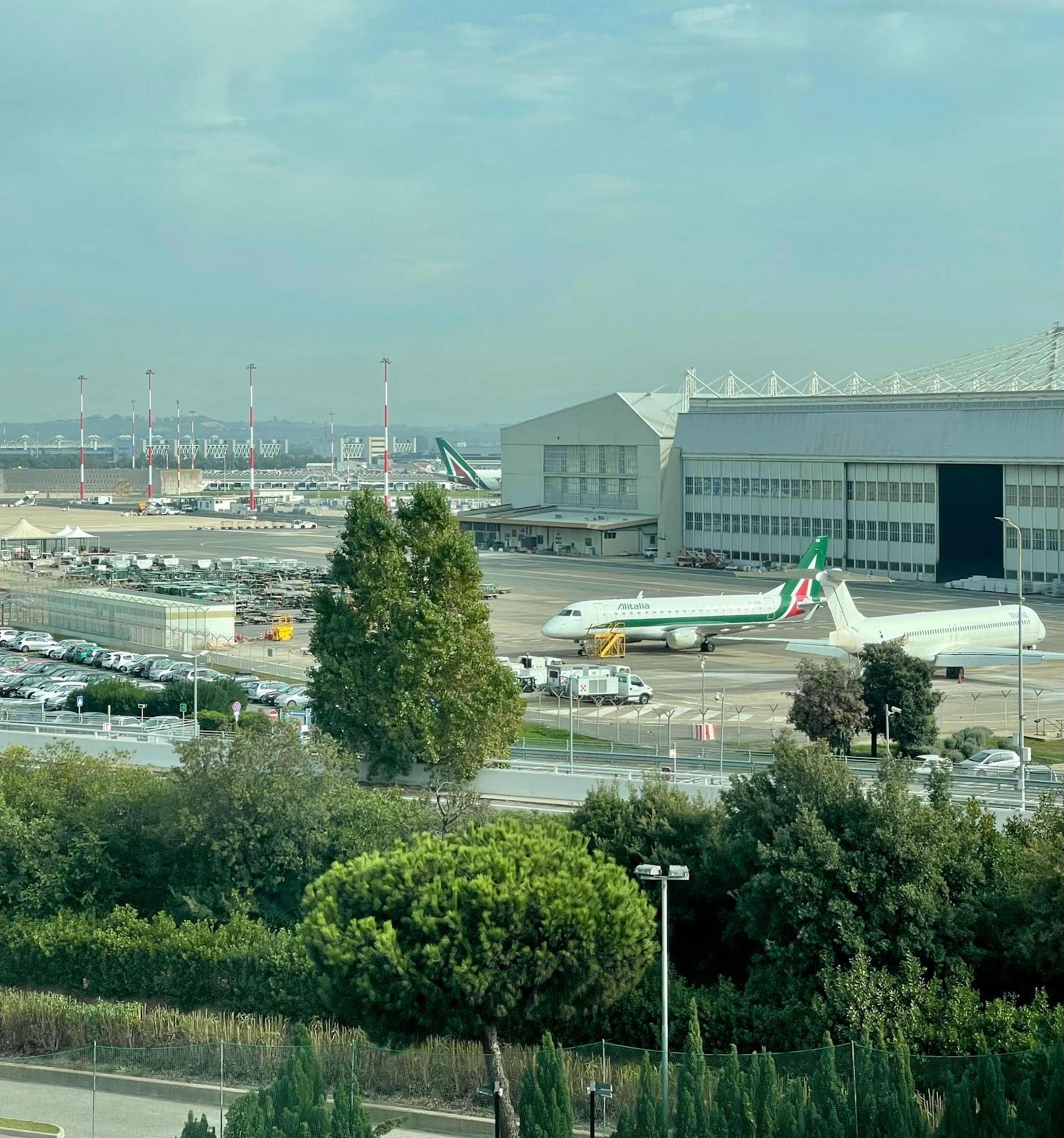 Heh… please excuse the jargon. We’re using the language of FlyerTalk. Flying on BA metal means we’re flying on an actual BA plane. You can now consider yourself an insider!