Lecce in Puglia: In the Heel of Italy’s Boot

We left the Rome Airport Hilton as a couple of hundred passengers from a canceled United flight were checking in, caught the Leonardo Express to Rome Termini, and had time for a Cappuccino in a cute market spot right in the train station. 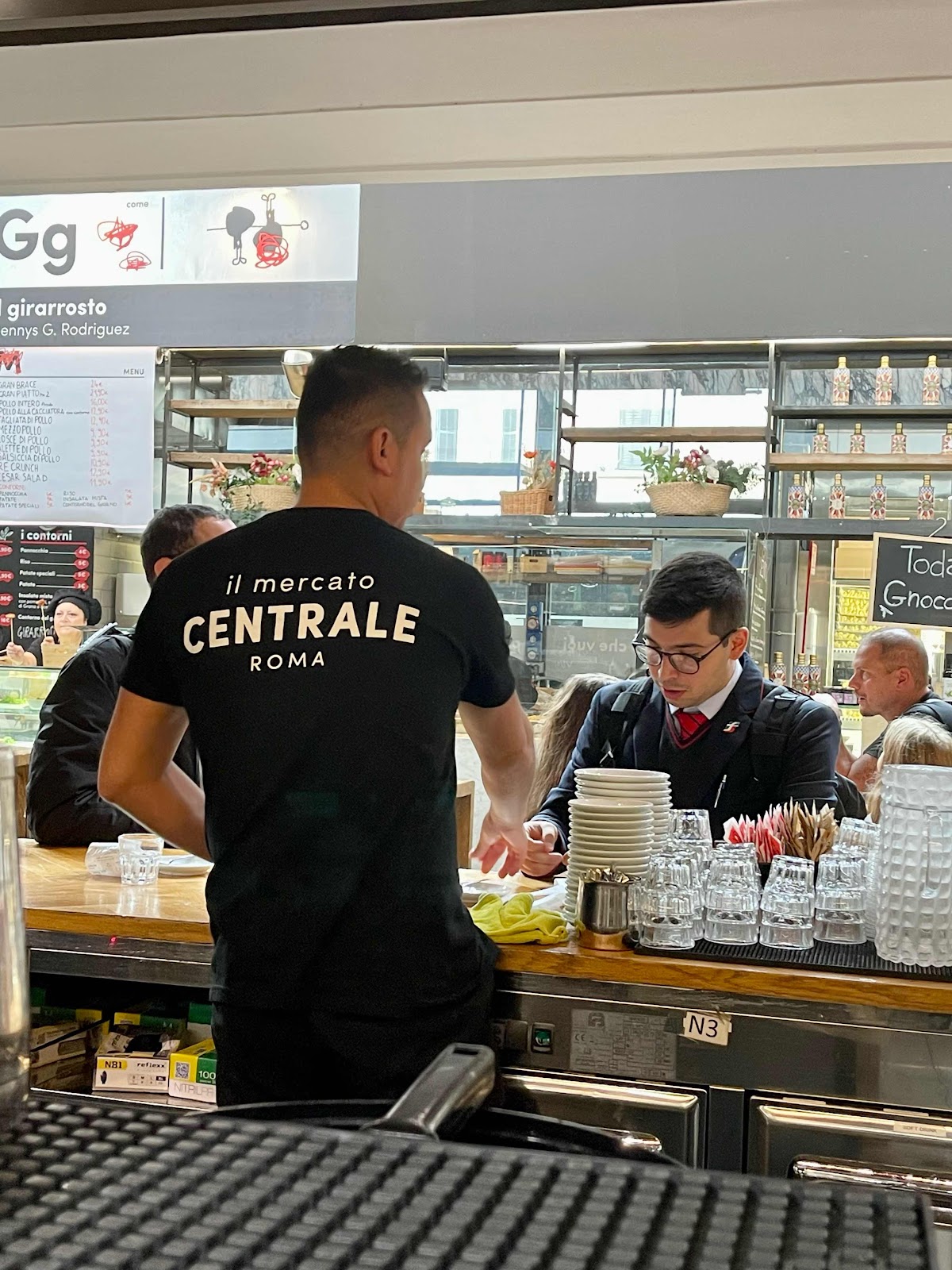 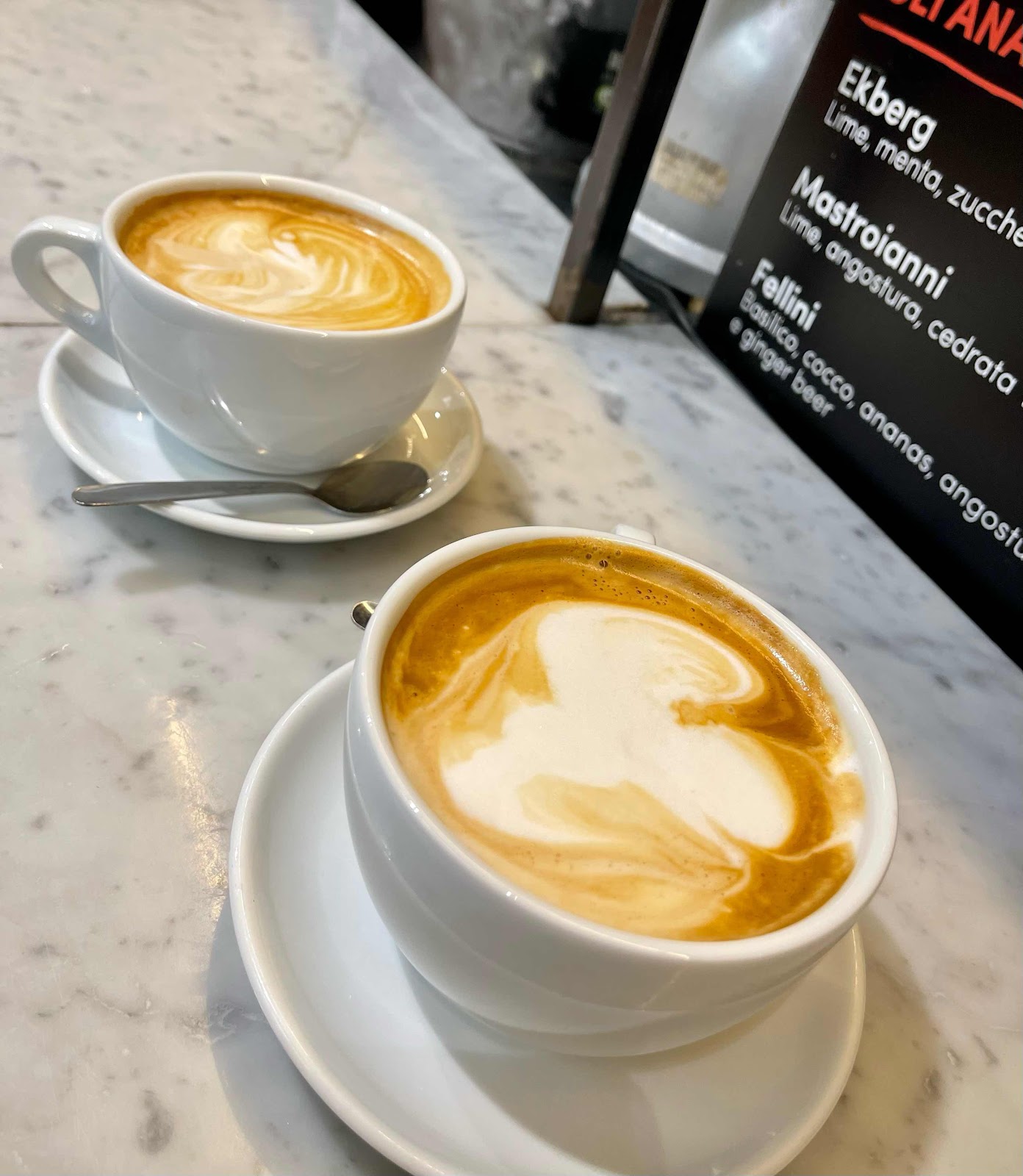 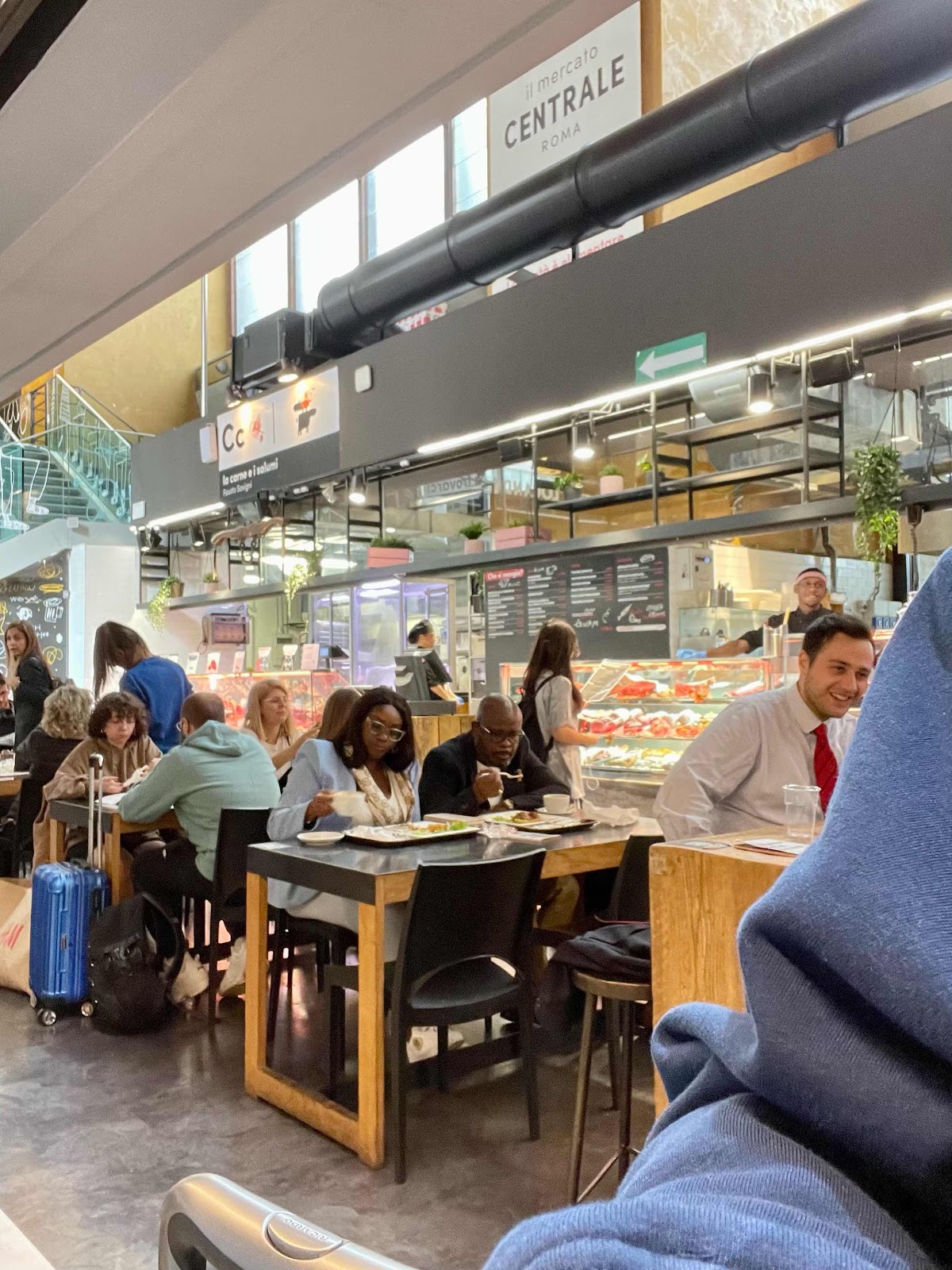 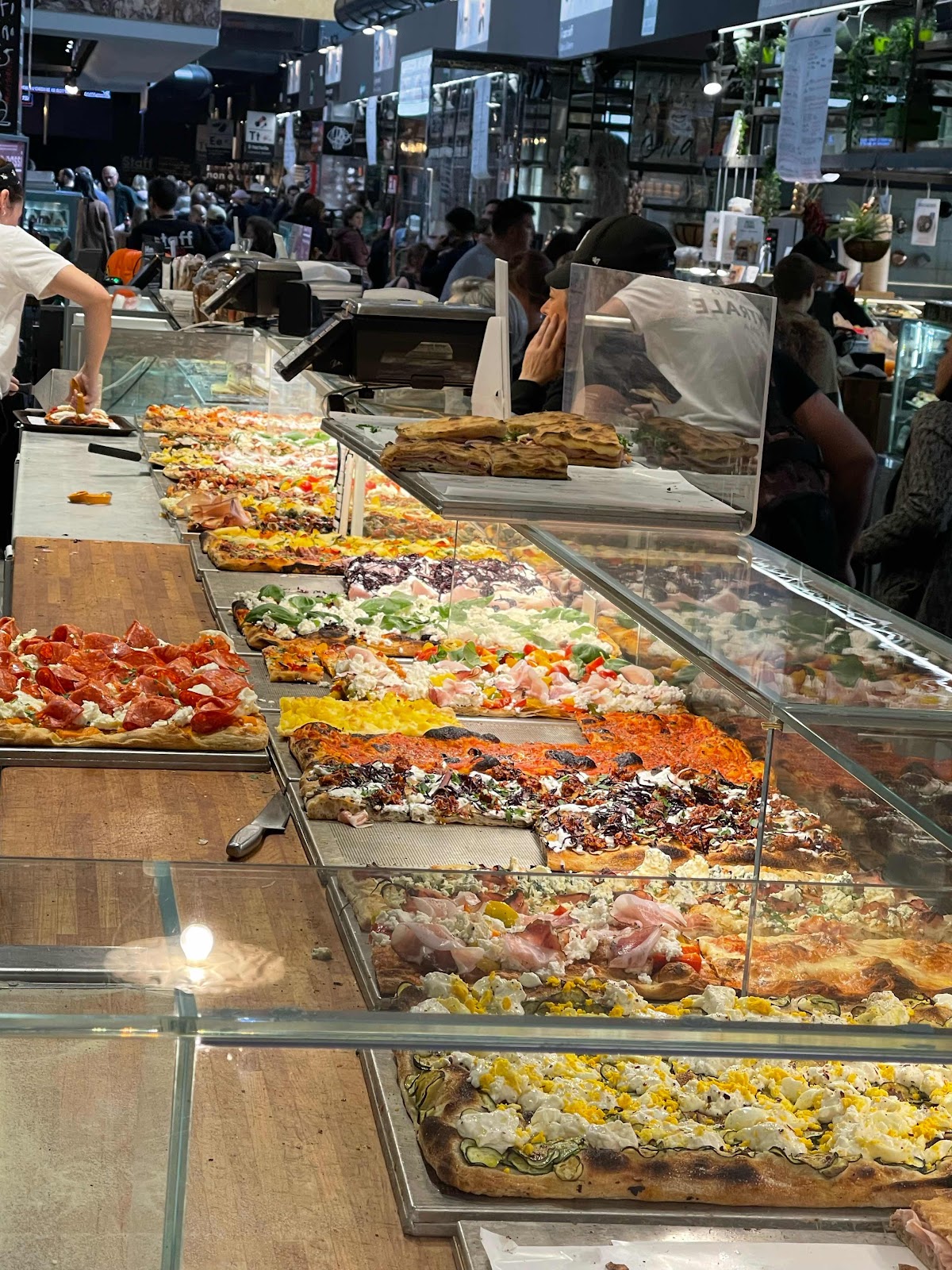 We found our train and car without much difficulty and rode for several comfortable (and sometimes high speed) hours as far as Foggia, where we had to transfer. 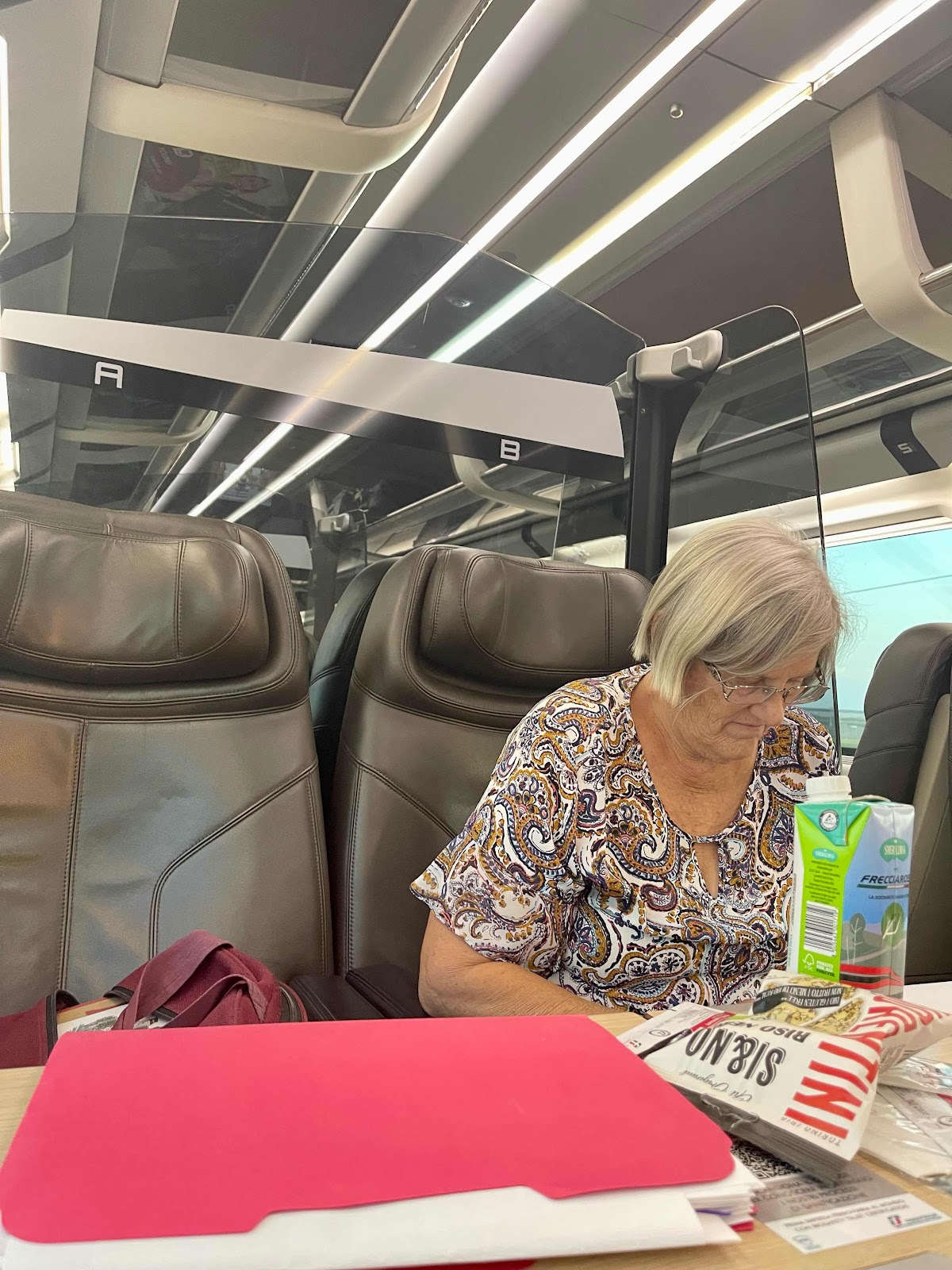 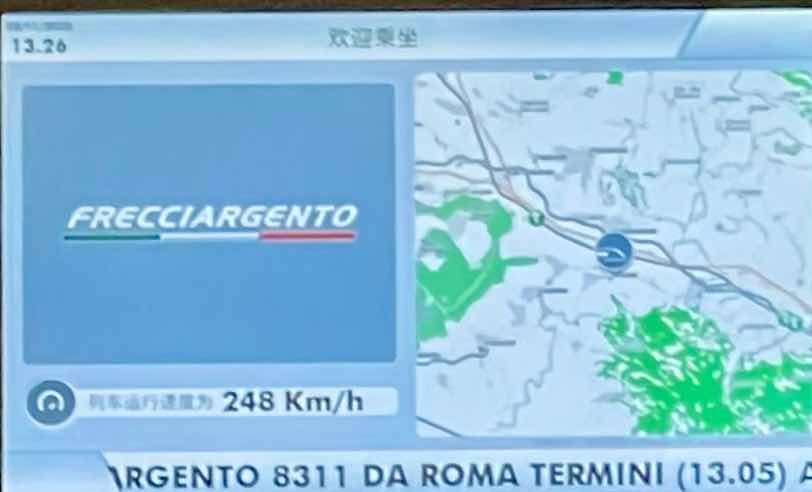 The transfer was something of a nail biter, as it was a tight connection to begin with, and our first train was a few minutes late.
We disembarked the first train, walked 50 yards, walked downstairs, walked along the passage from Binario 1 to 5, and climbed upstairs to our waiting train.
We walked toward our Carriage 2, but bailed and boarded 3 when an employee blew his whistle. It was no problem to move to our own car and seats, but the train was leaving the station before we reached them. Whew!
After 3 hours on the first train, and 2 1/2 hours on the second, we were ready to get off at Lecce, a city of around 100,000 population, the capital of the province of the same name.
A taxi ride to the Hilton Garden Inn was nearly 20 Euros but well worth it. It was dark when we arrived, but here’s how the exterior looked this morning. 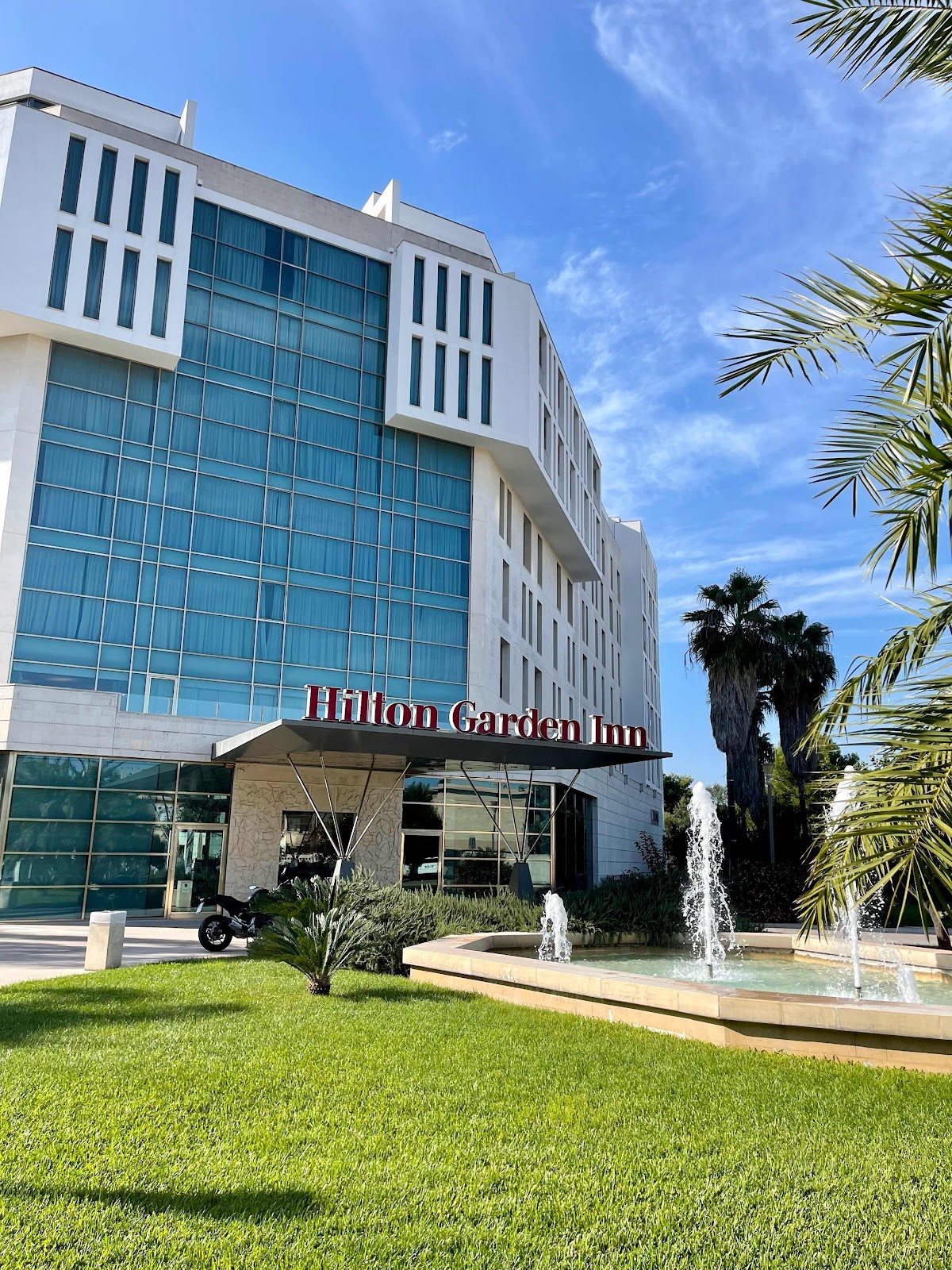 The hotel upgraded us to a junior suite, a pleasant surprise when Hilton is actively starting to offer its elite members paid upgrades. 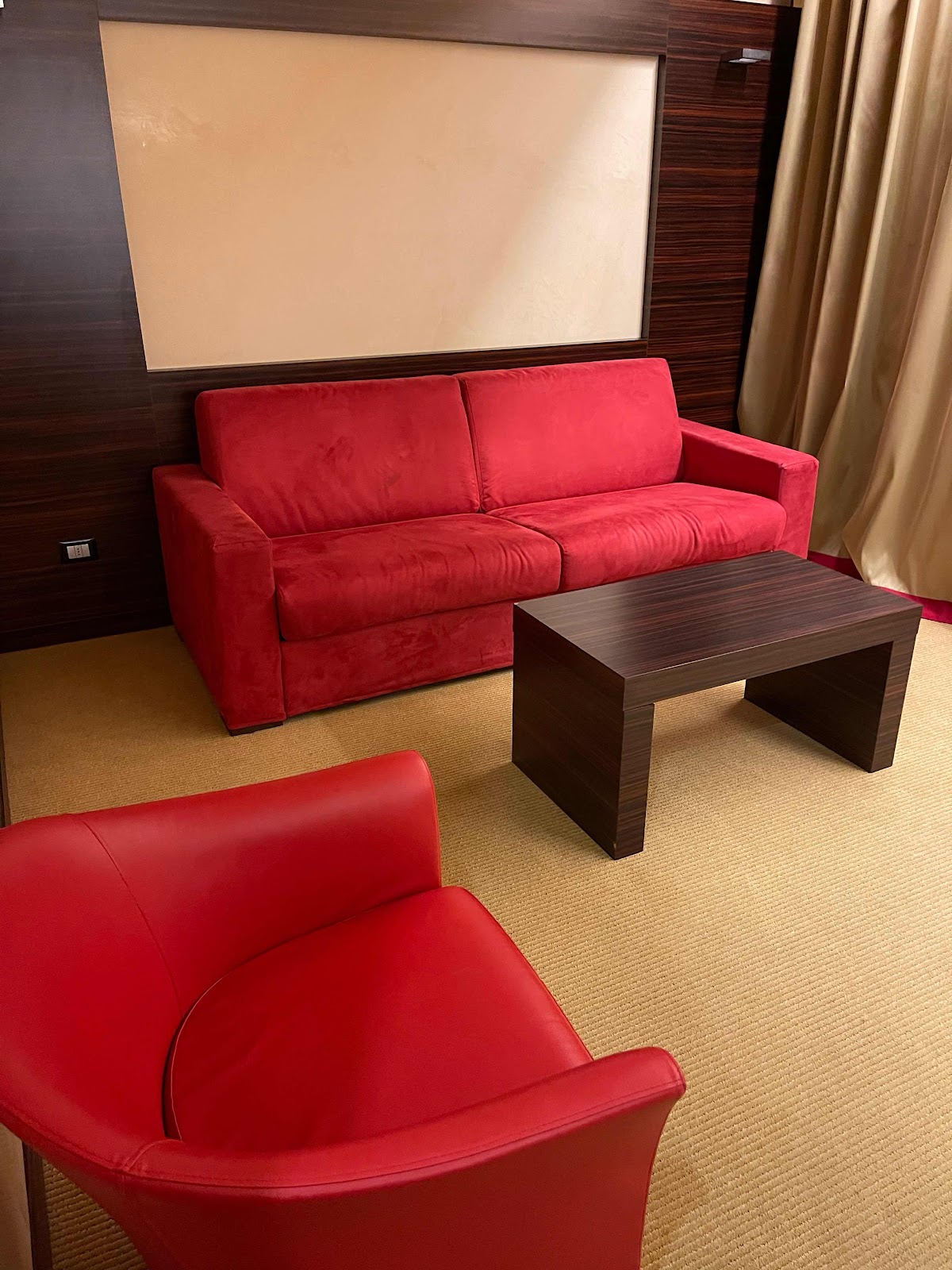 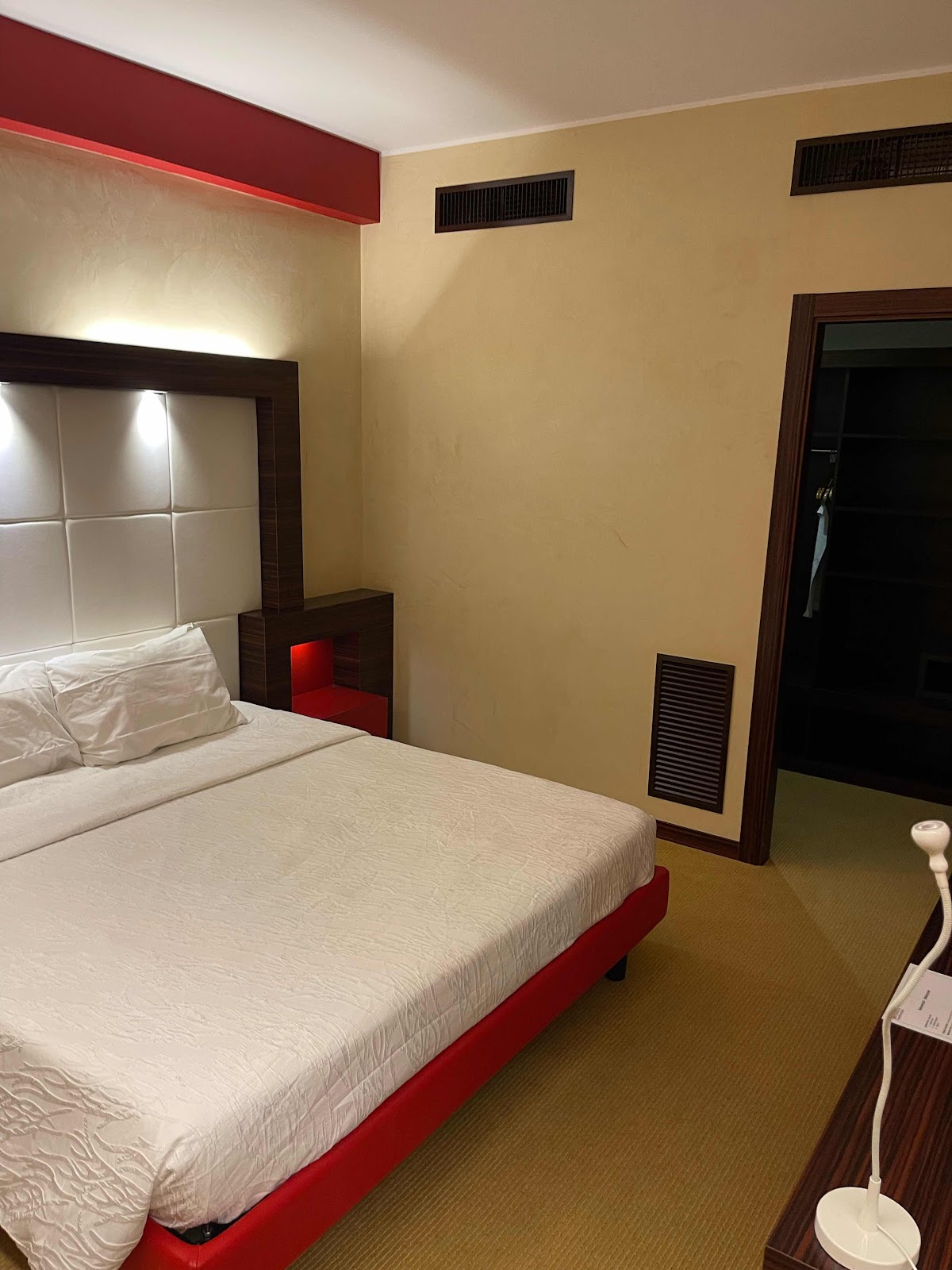 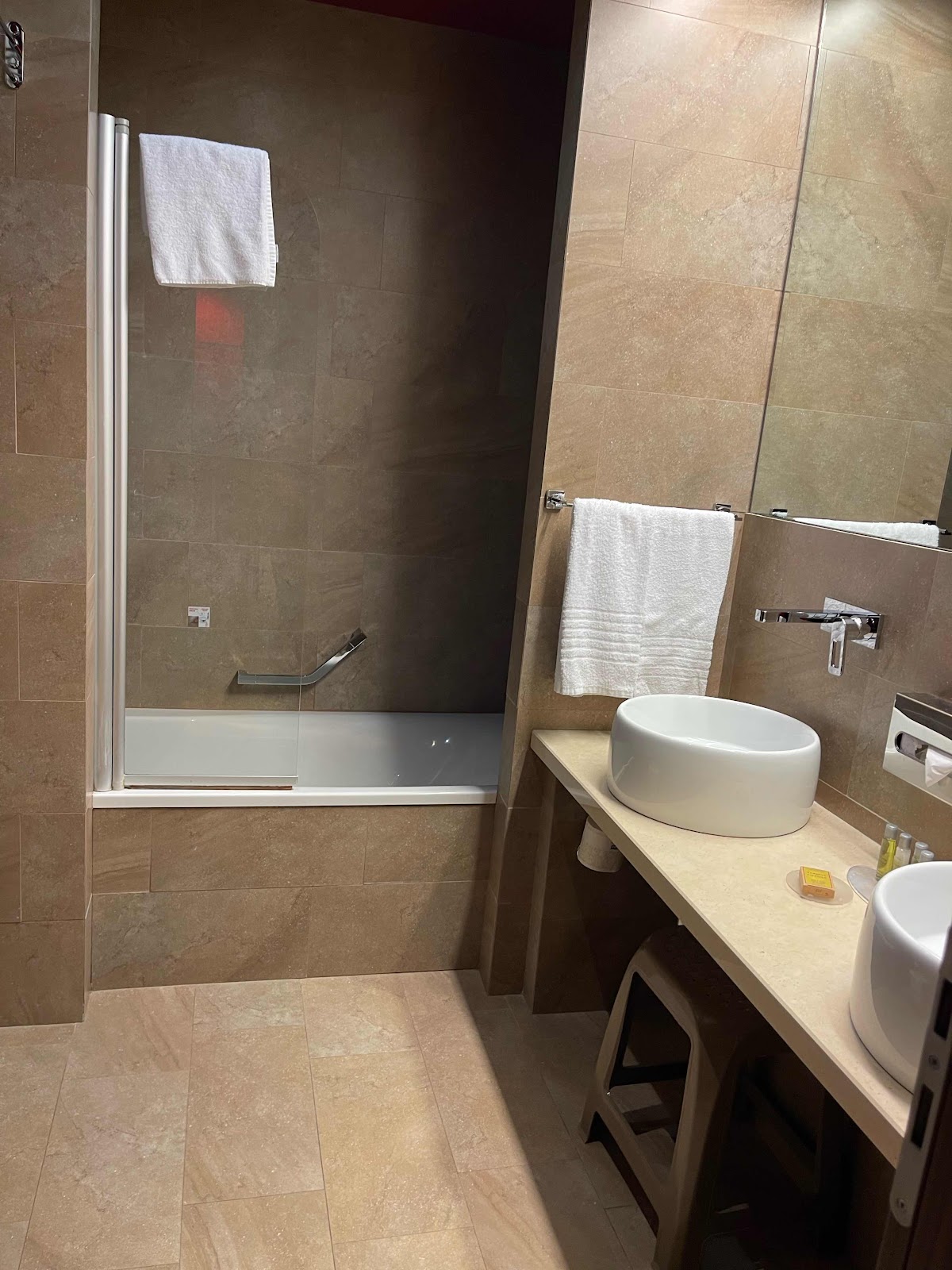 The manager on duty suggested an osteria about a 20-minute walk away, and off we went to Osteria da Cosimino e Figli, which proved to be a gem. 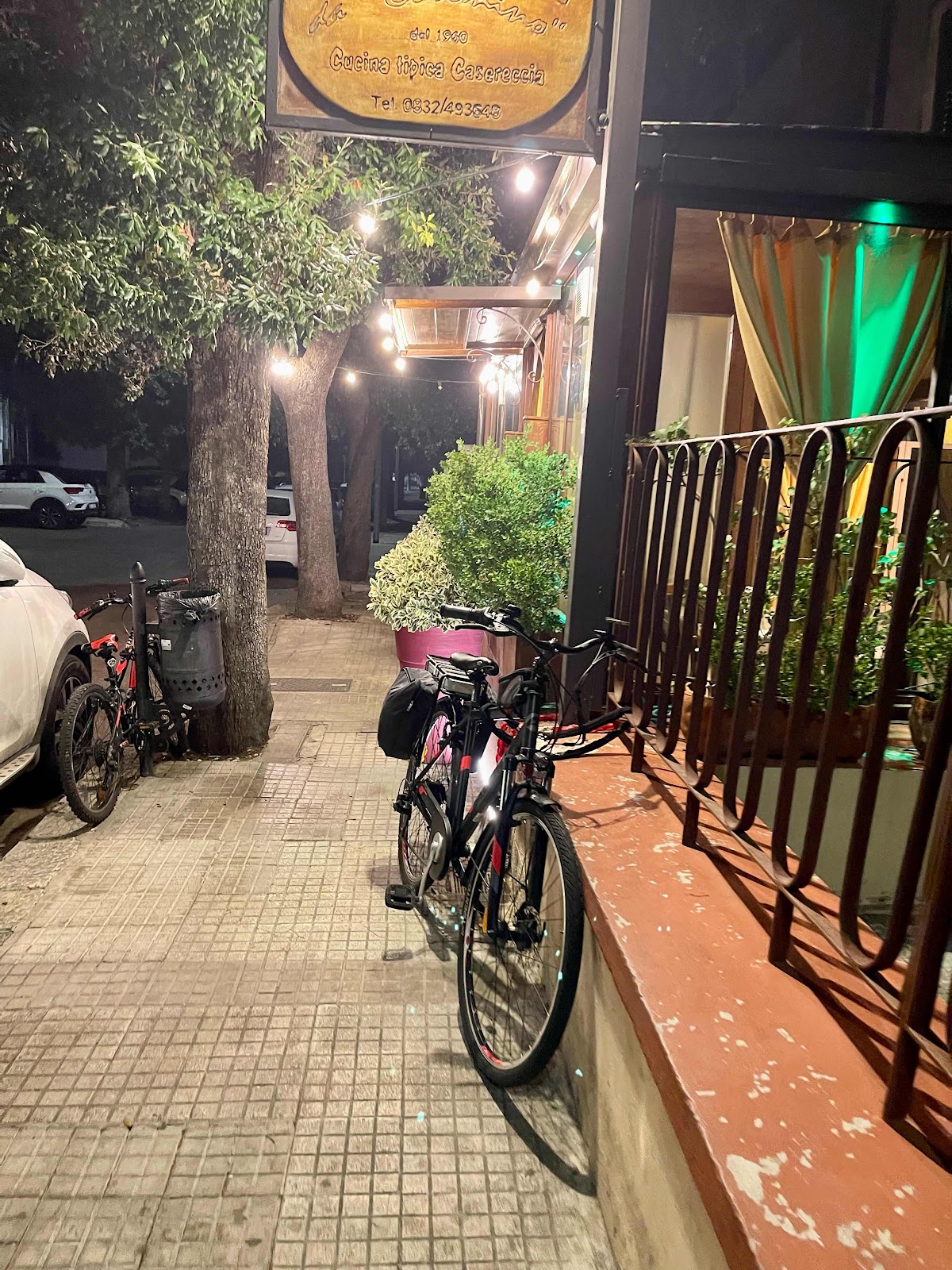 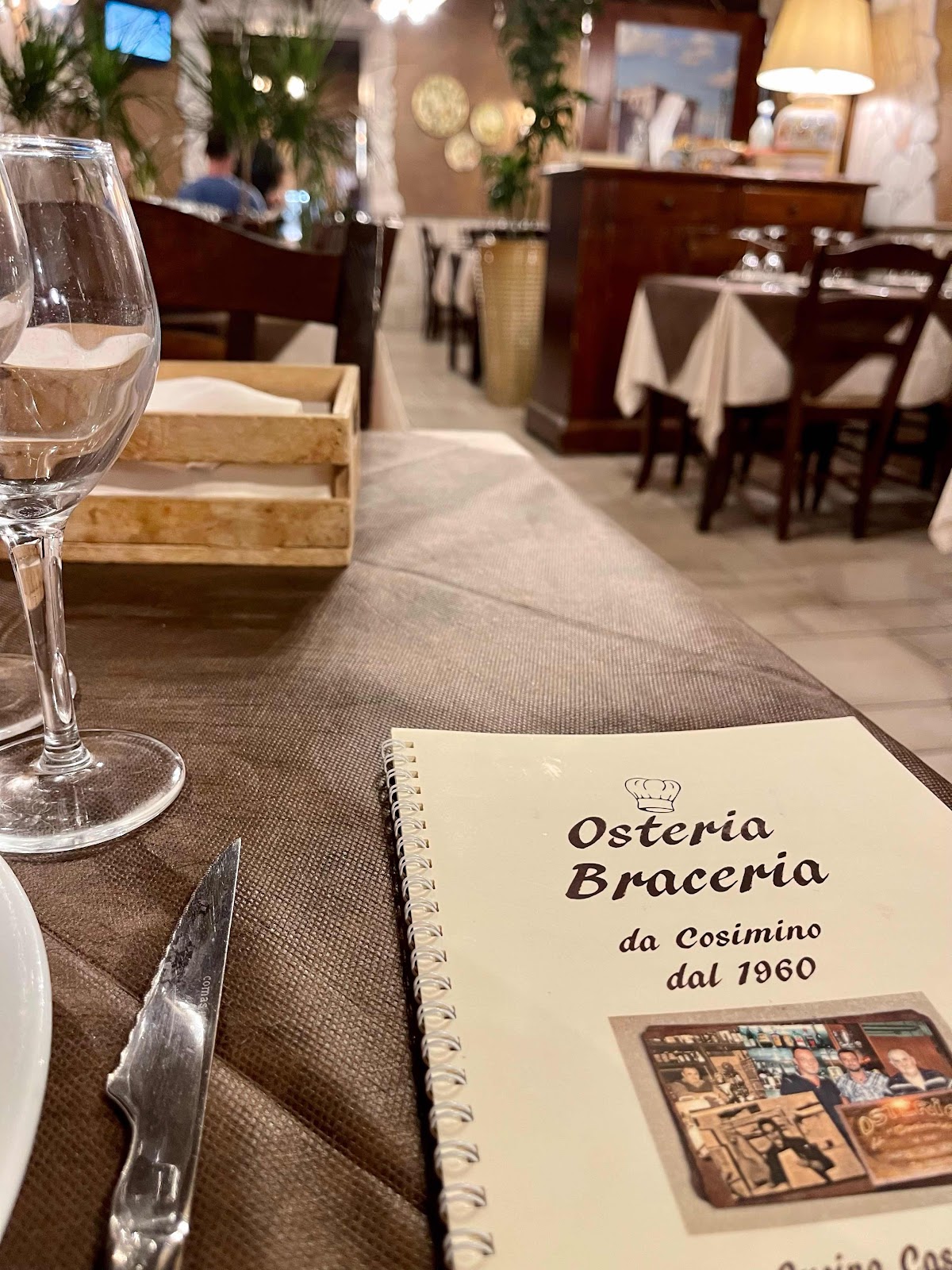 We dined exceedingly well for a grand total of 62 Euros, including a liter of the smooth and quaffable house red for 8 Euros. 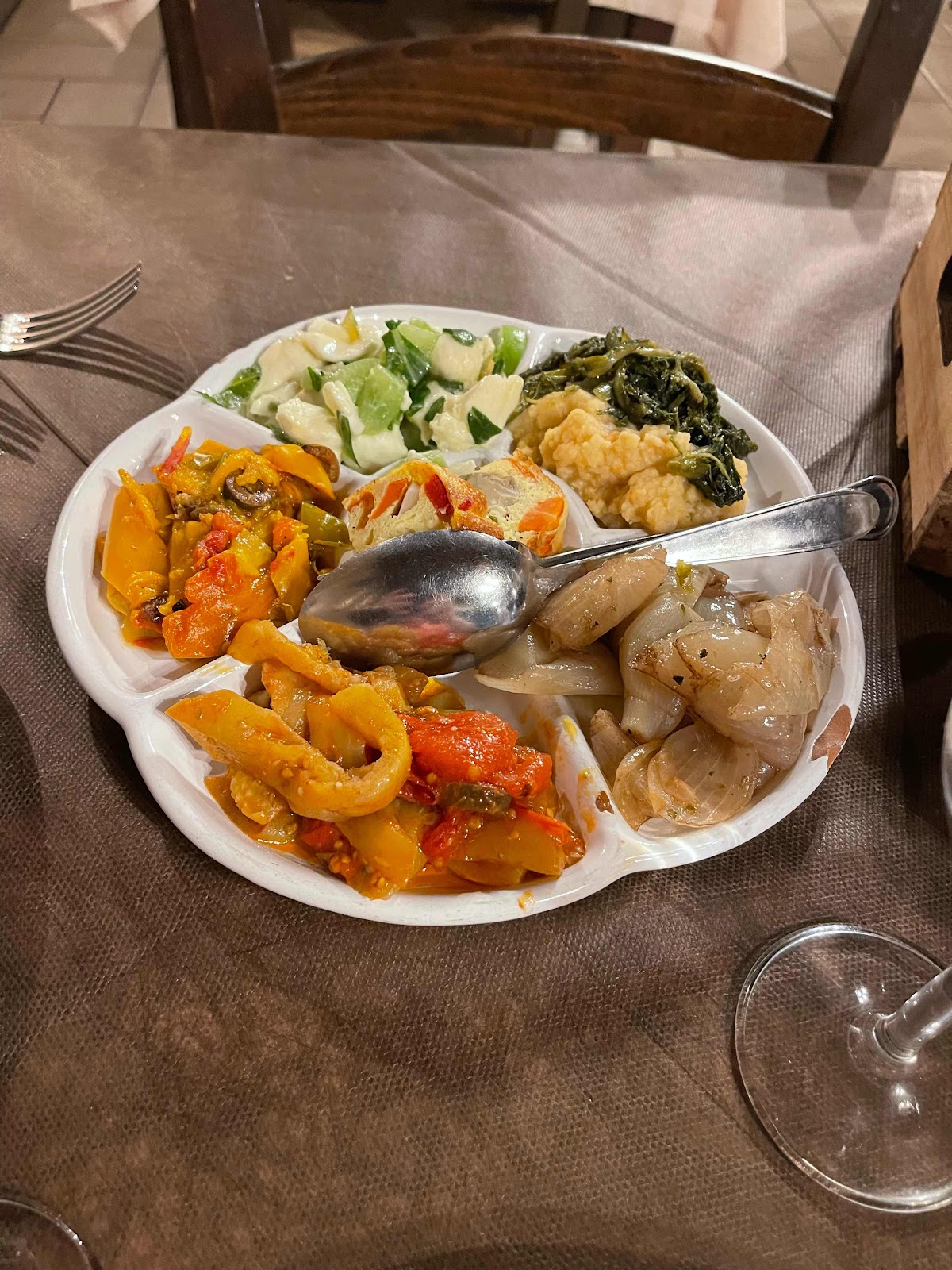 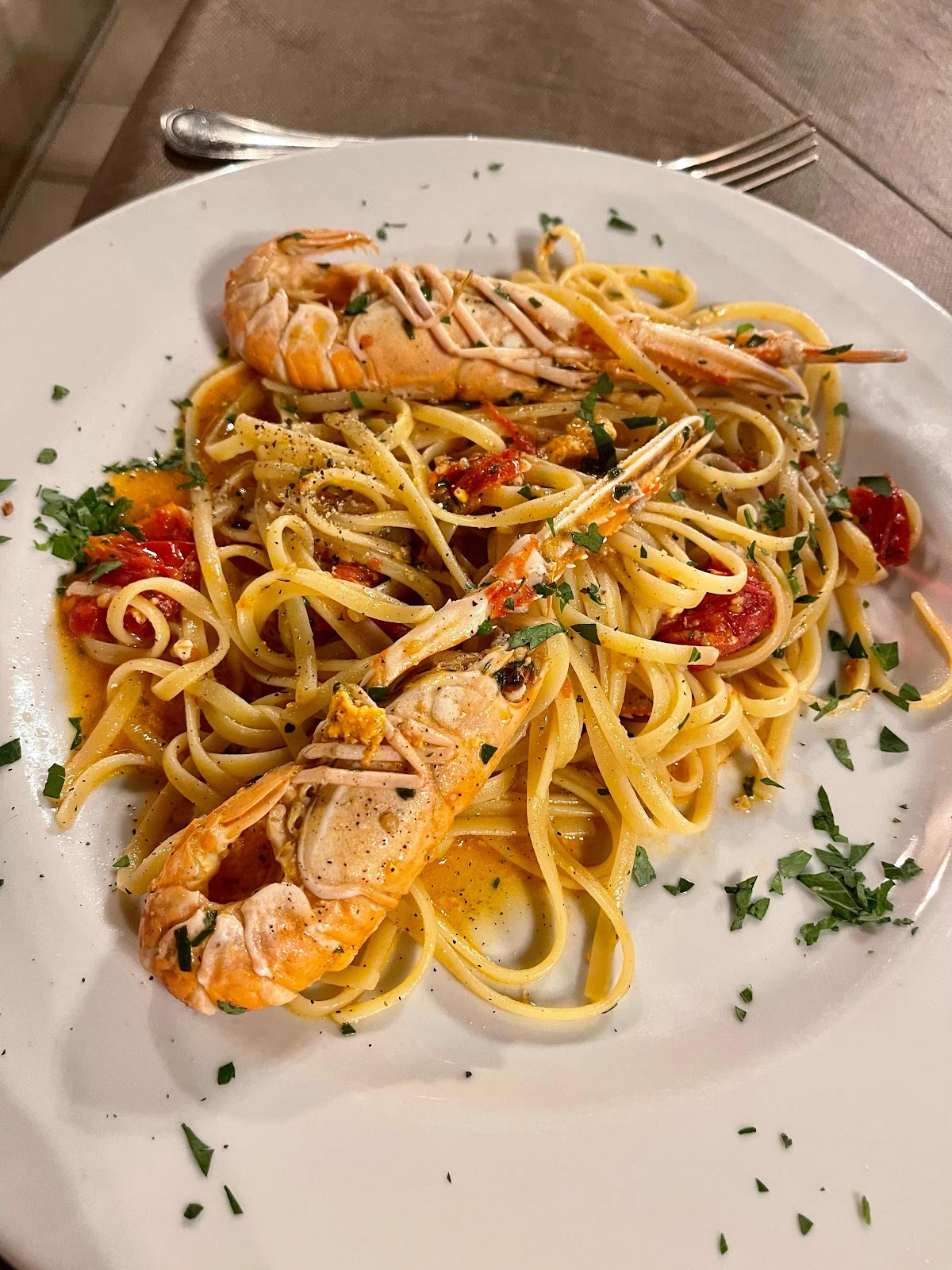 We even got to try the Orecchiette - “little ears” - supposedly first made in Ouglia. 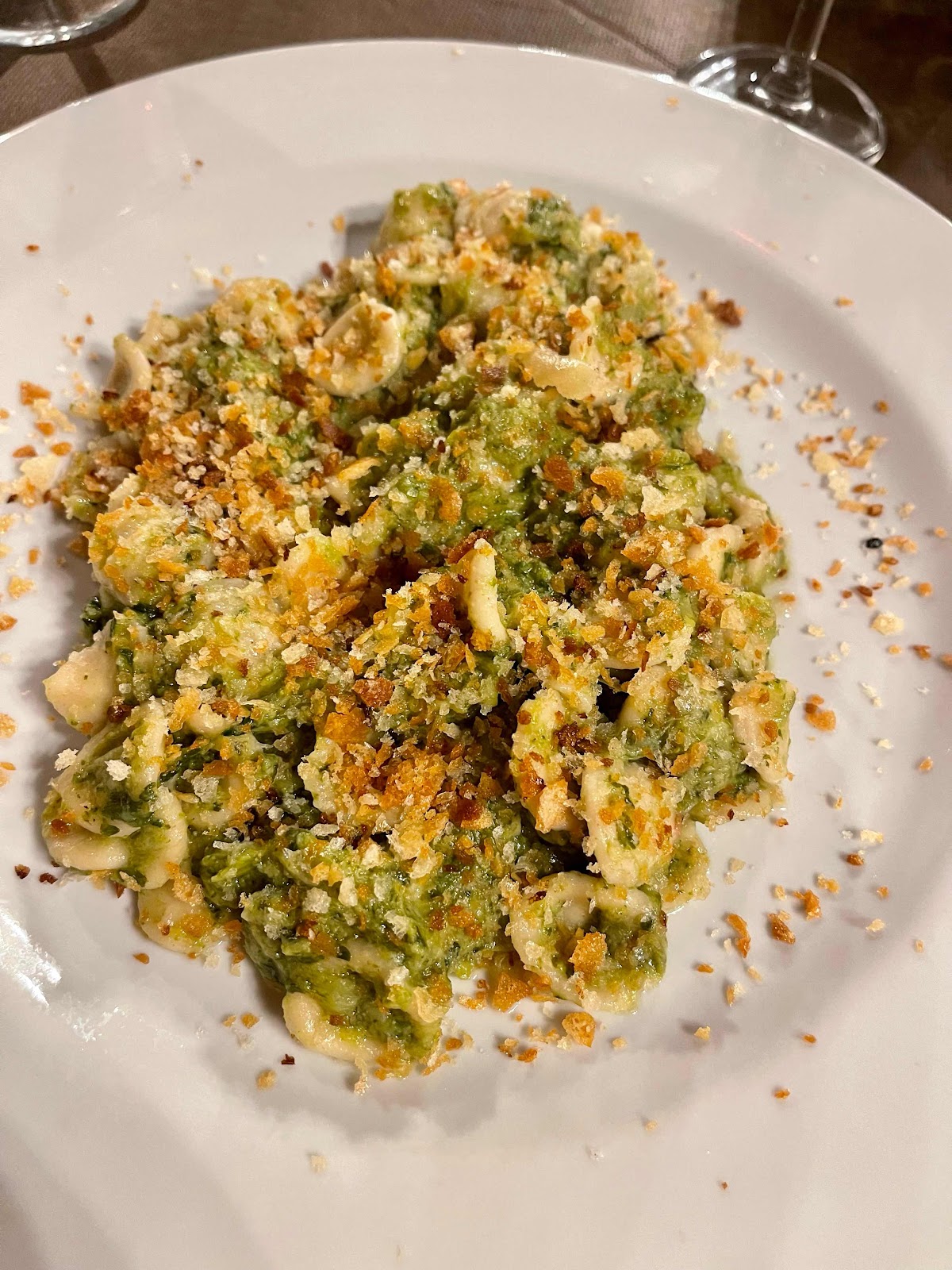 The veal was tough but otherwise tasty. No, this was not the horse meat featured prominently on the menu. Pay no attention to the neigh-sayers. 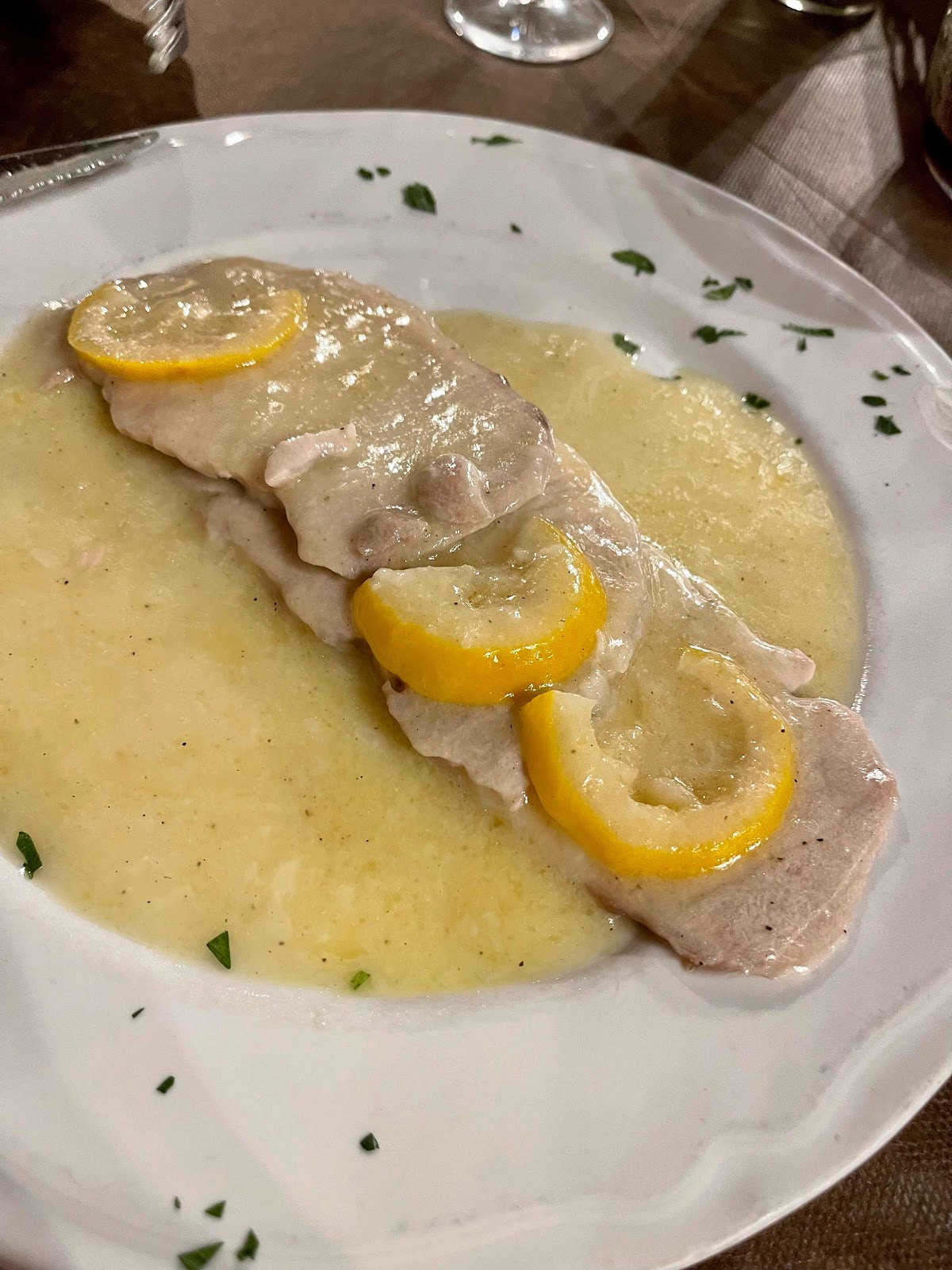 We would definitely dine here again.
We slept well last night - just not long enough - and were up early enough to stroll over to Lecce’s Old Town, which features a half-uncovered Roman amphitheater. 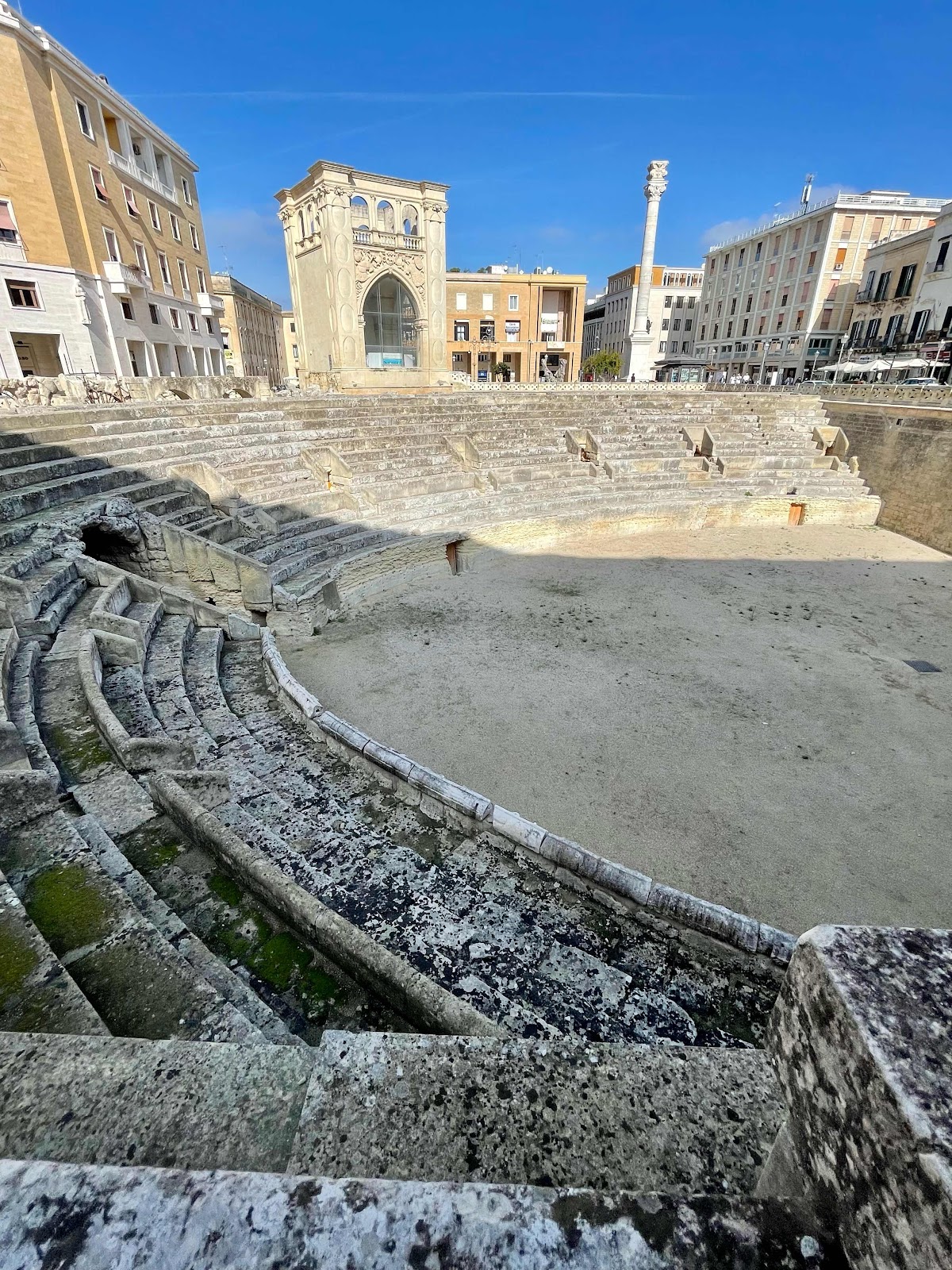 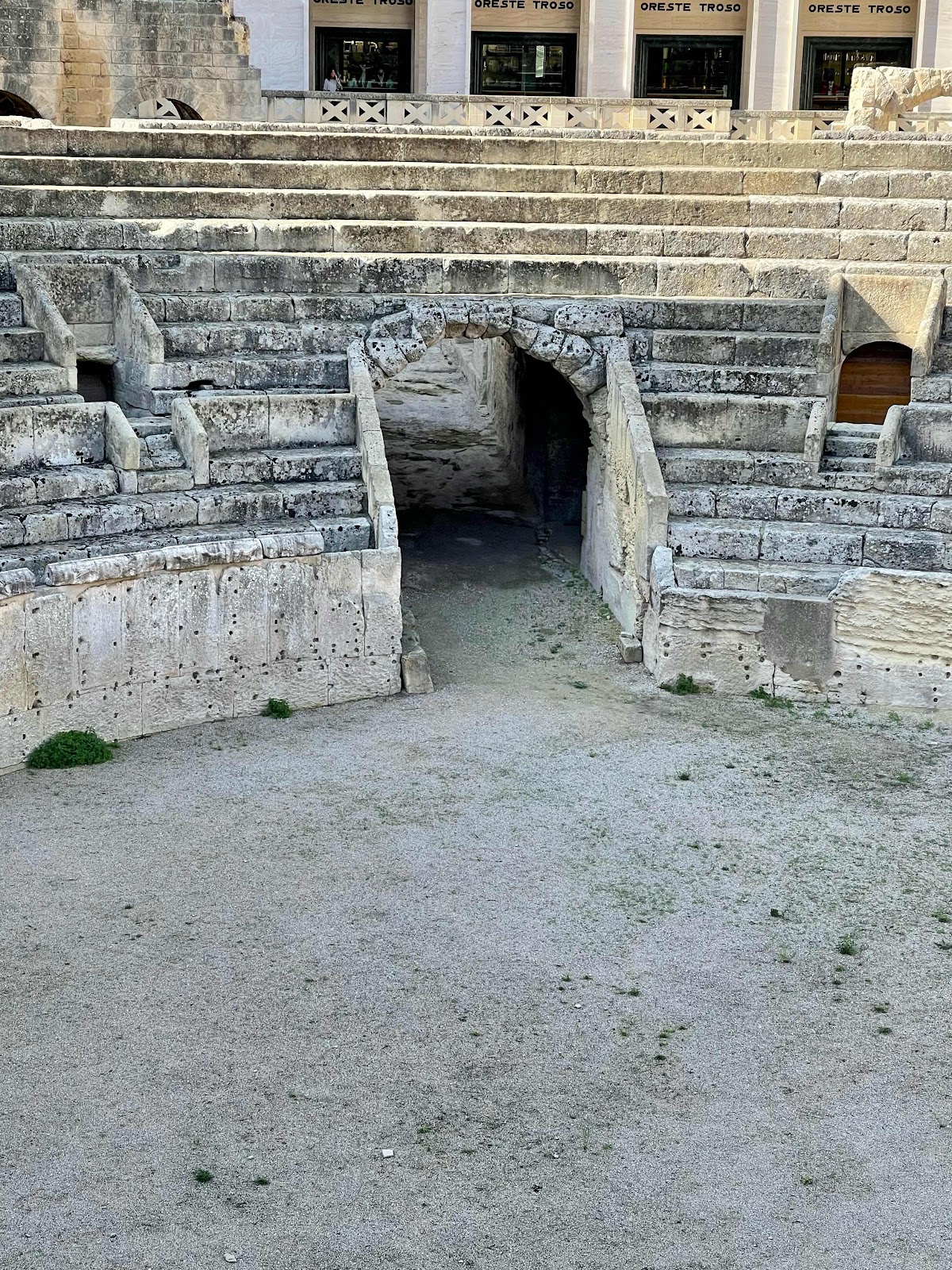 It’s a charming city, and the natives are friendly! 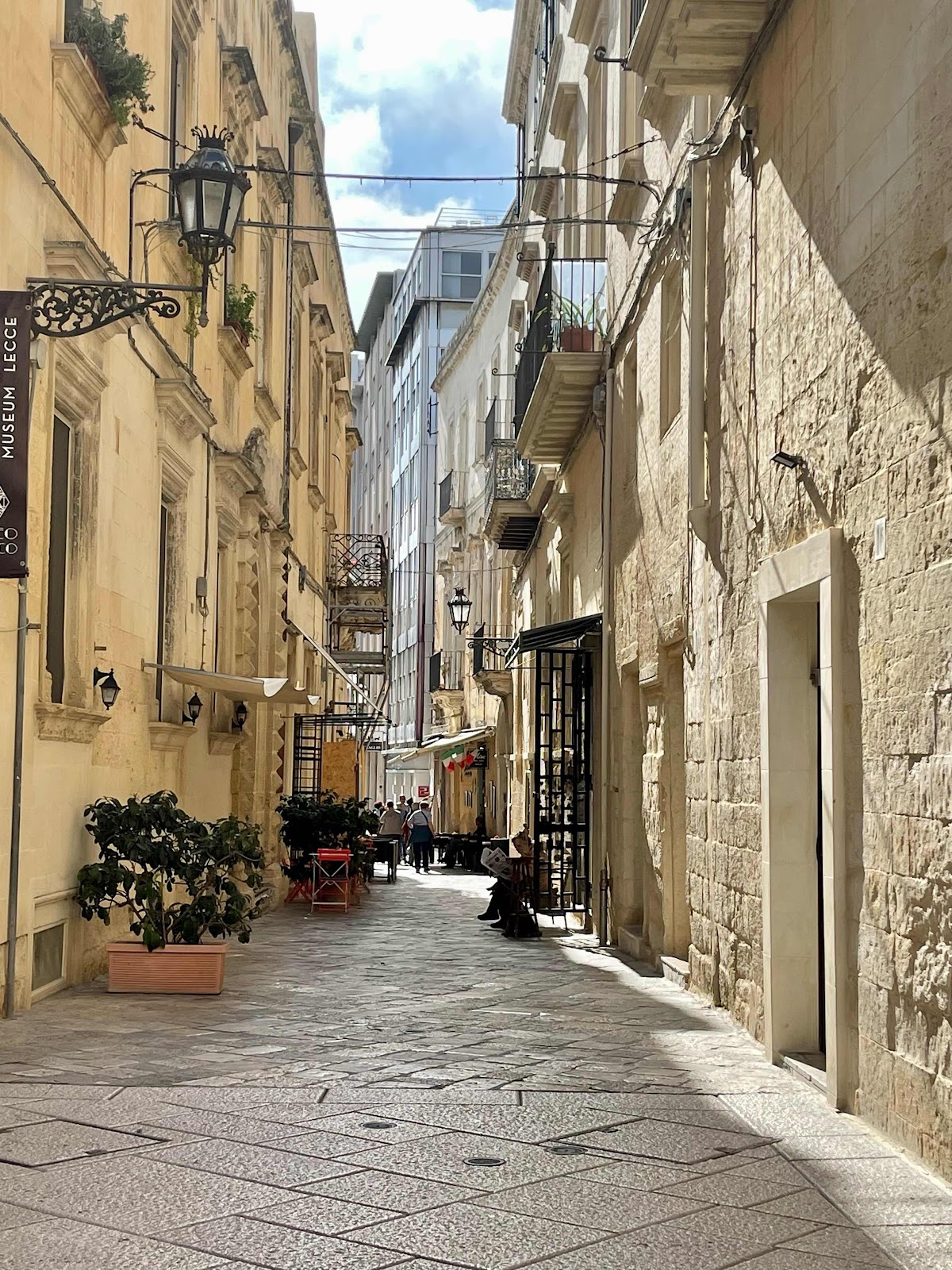 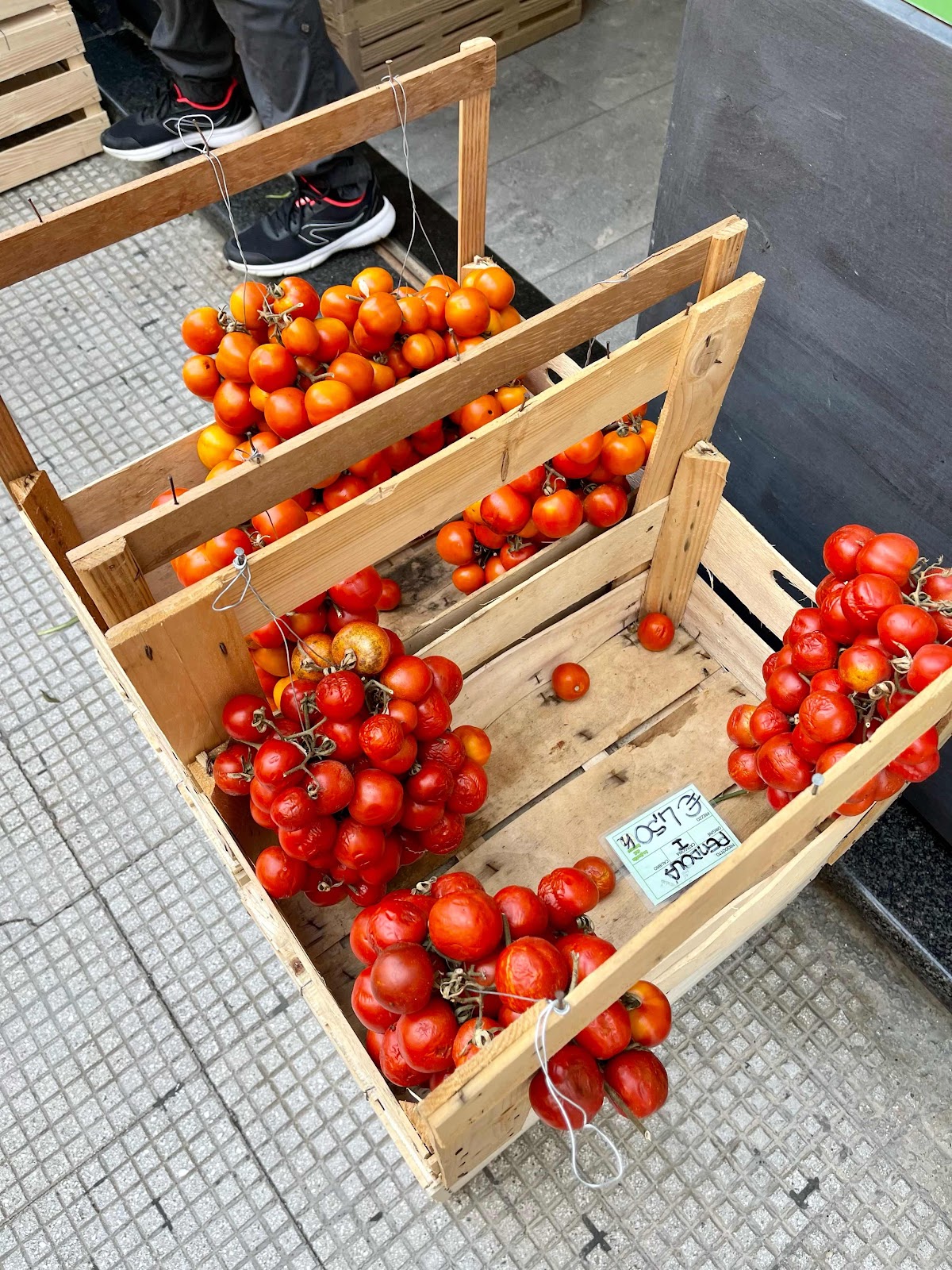 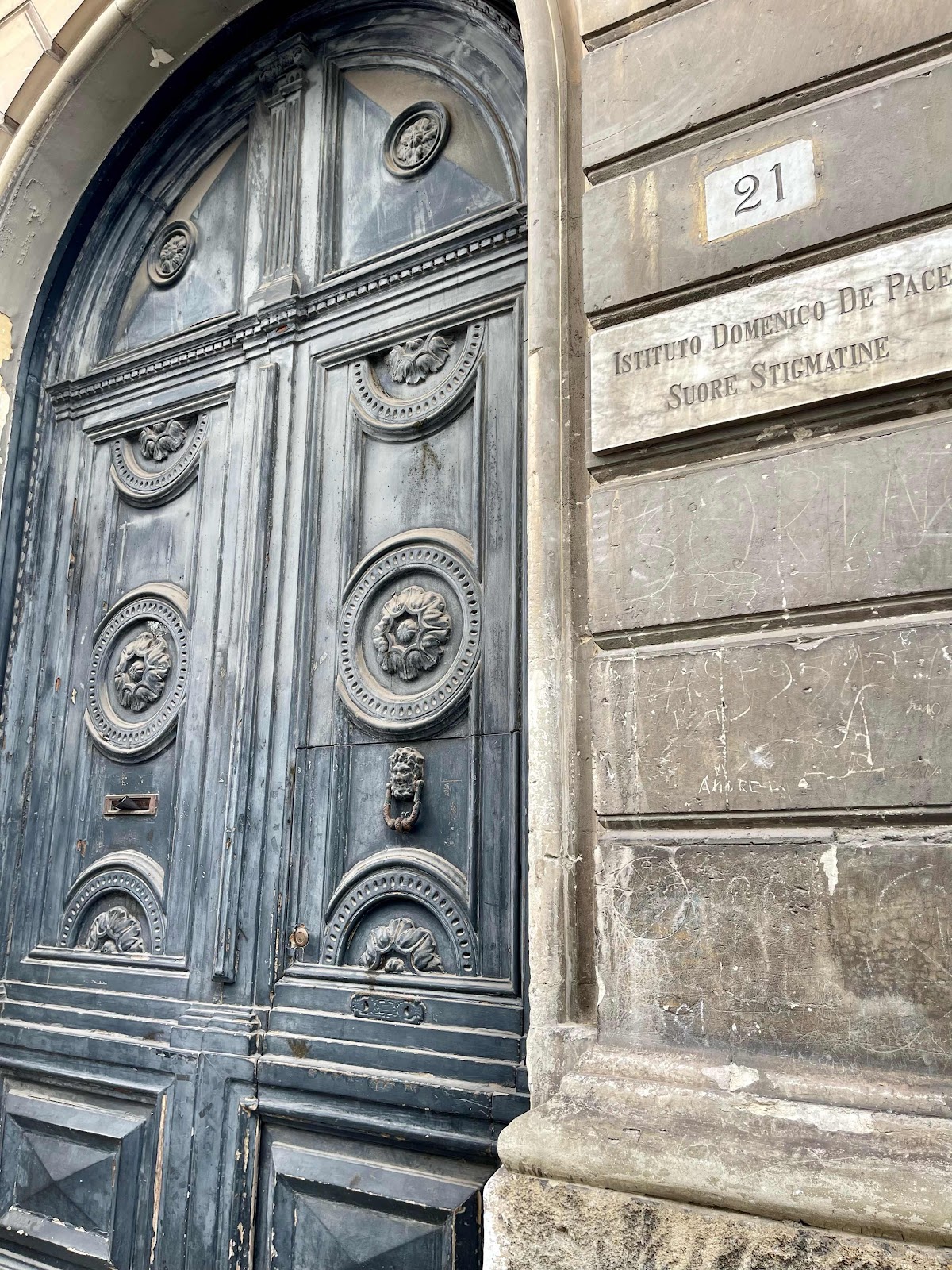 We also walked through a restored 16th century palace, the Castle of Charles V, and briefly stopped in at Santa Maria fella Grazia, one of several ancient churches. 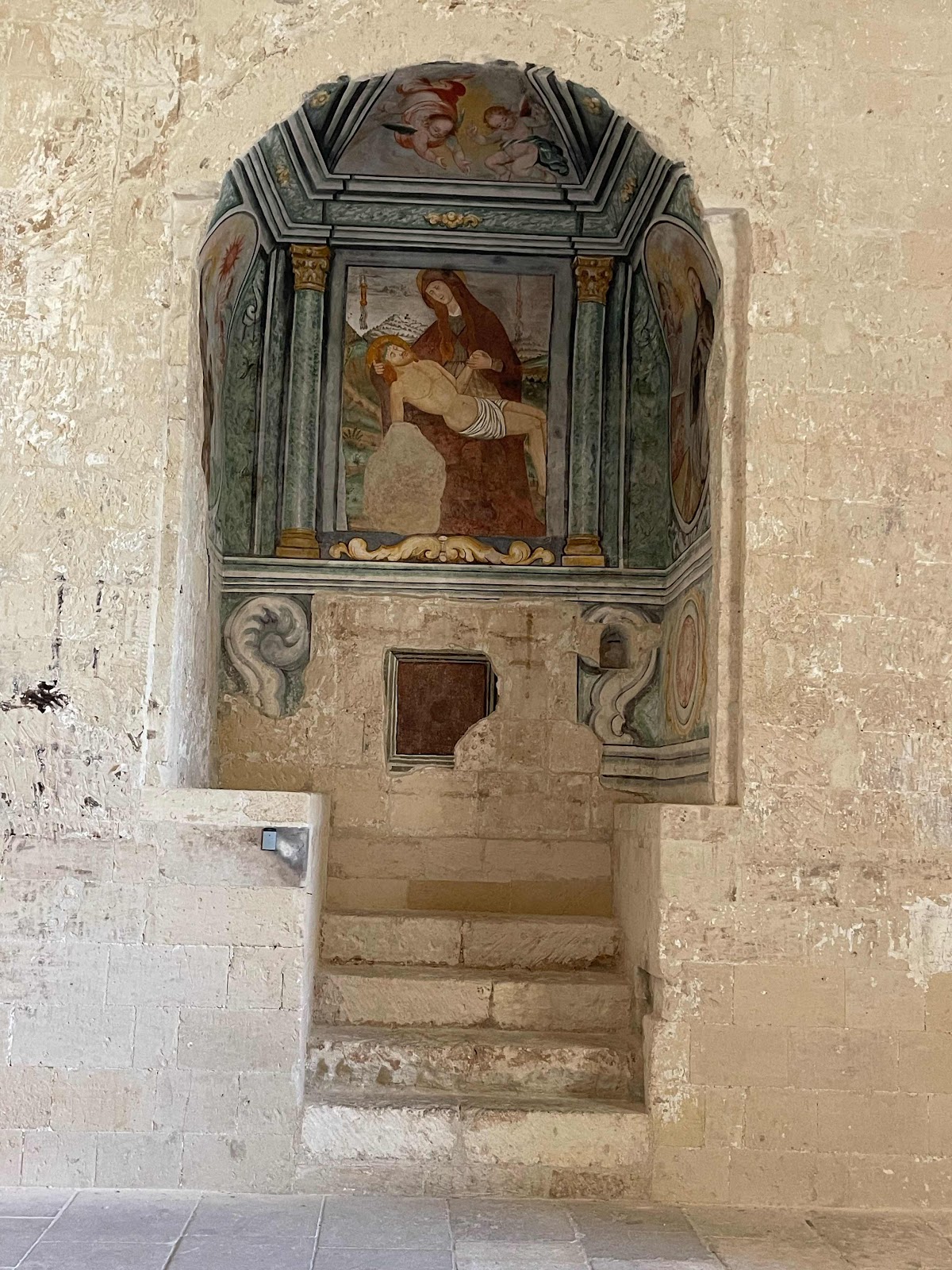 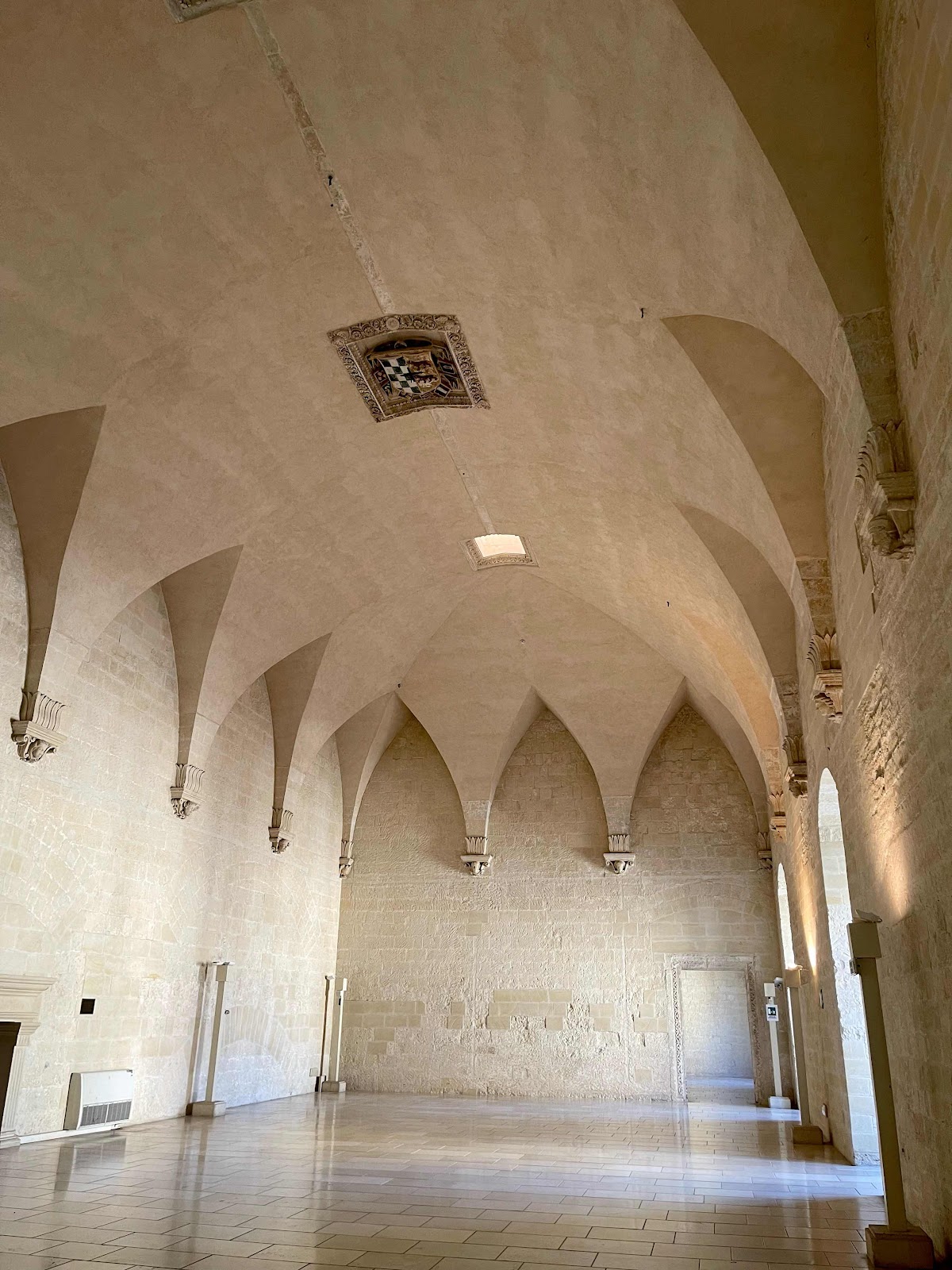 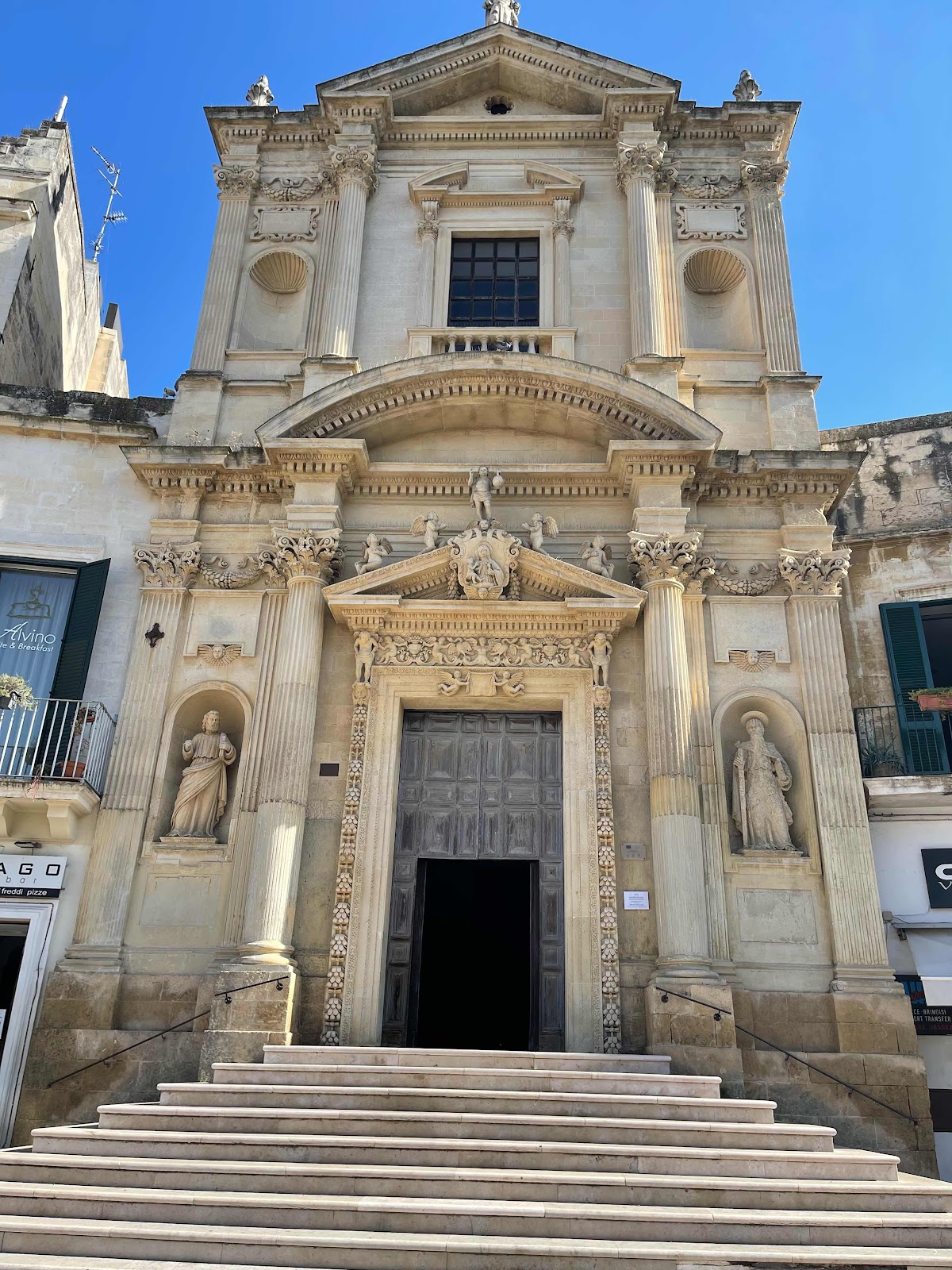 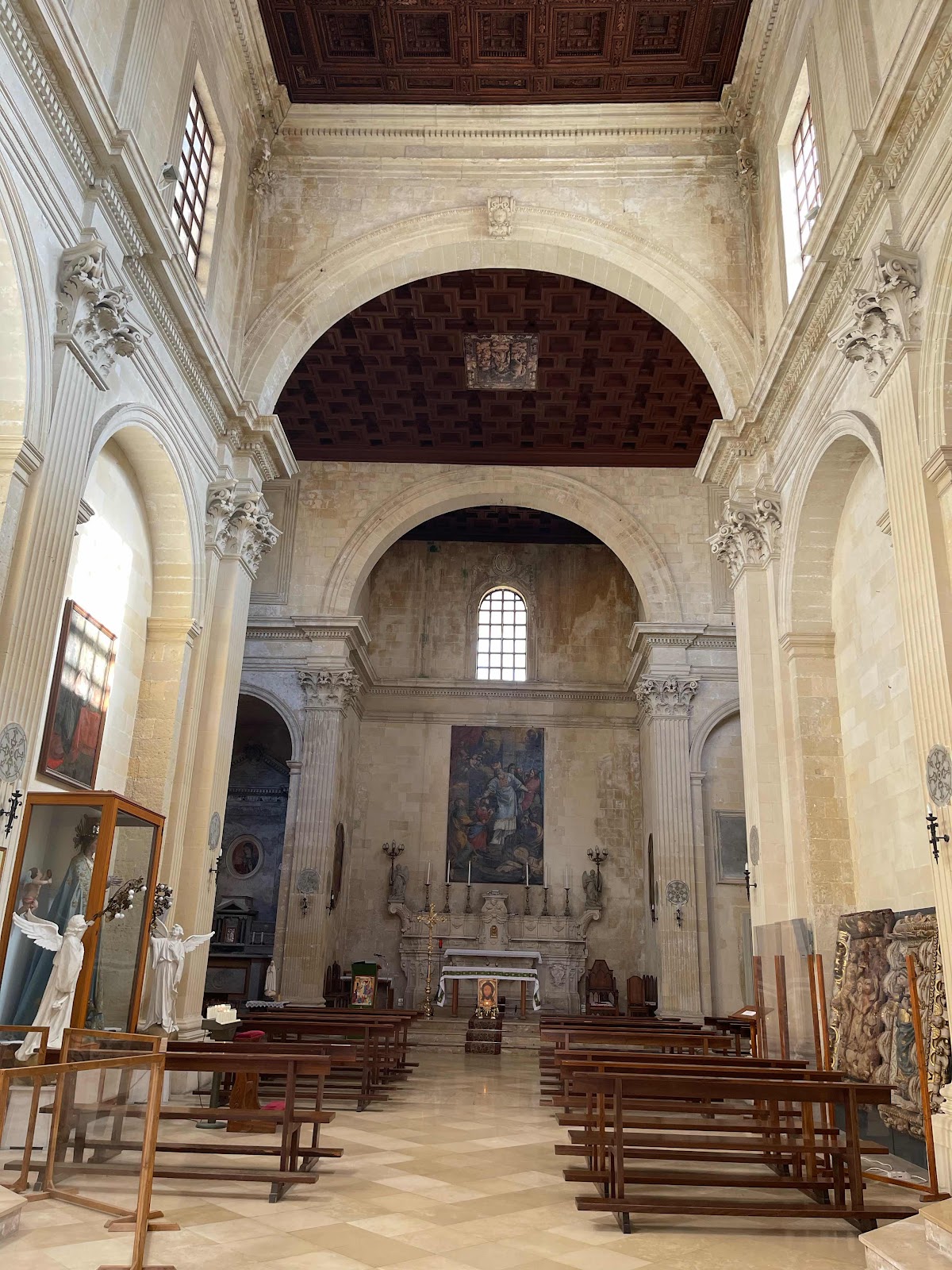 By then we decided it was time for a nap, and strolled back to the HGI, ending our four-mile outing.
A few hours later and we’re feeling refreshed and ready to try a nearby pizza joint for dinner. (Update) we took a look and decided to return to the Osteria, our favorite Lecce restaurant.
A good start to our “Boot” trip, with a lot more to come.

Wonderful photos as usual! Drooling over the food pics as well :)

You’re killing me with the food pictures! Neigh-sayers! Ha!

You had me at “neigh-sayers”. You crack me up Brian