Hong Kong: A Day Of Ups And Downs

Friday morning we took a bus to the Central Station. From there we walked along the extensive pattern of overhead walkways until we reached the famous Central Mid-Level Escalators, the longest outdoor covered escalator system in the world. It runs down in the morning and up after mid-morning. Up we went, as we have on previous visits. 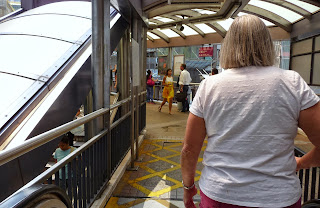 We continue to find it interesting that the high-tech Chinese, and Hong Kong in particular, still rely on bamboo for their scaffolding on many projects. 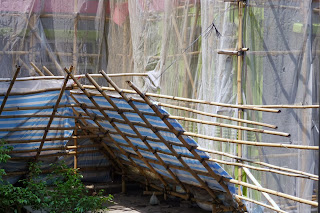 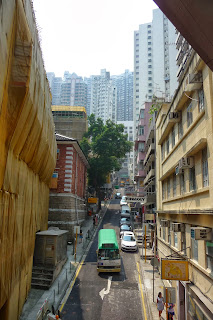 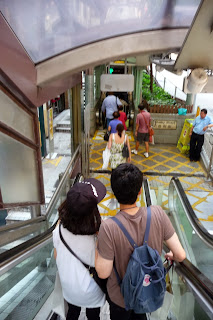 Once at the top, we decided to consult a map and walk over to ride the Peak Tram, something we hadn't accomplished on our two previous visits. 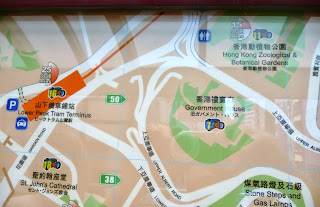 It was a great idea in theory but we took a wrong turn at the outset and spent at least 45 minutes before we found the tram, walking through one corner of the zoo and giving our respects to the orangutans along the way. 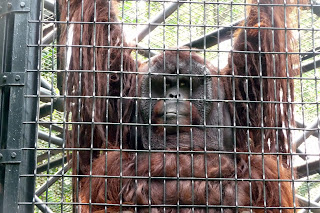 Finally we arrived at the Peak Tram. Guess what - another long queue. We decided to wait, figuring if didn't take the tram now, we never would. 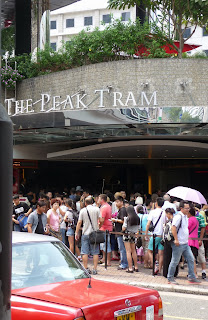 Finally it was our turn to board one of the two tram cars. The only catch was by the time everybody else squeeze there way aboard there were no seats left and we were left leaning at sharp angle in the middle of the car until we mountain-climbed our way to a foyer at the front.

Oddly enough, even though the Chinese squeezed on in front of us, no fewer than three offered seats to Kathy as she clambered her way forward. 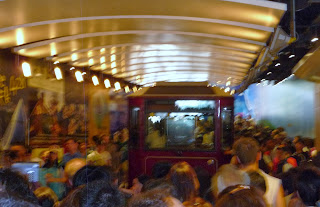 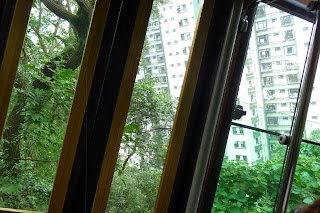 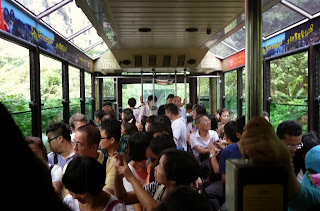 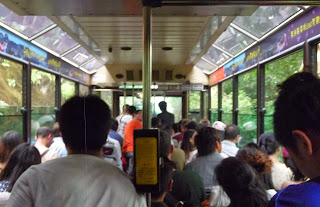 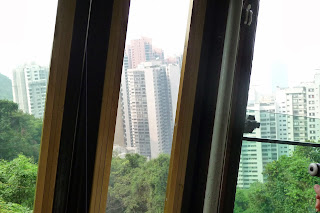 We didn't see all that much and, if truth be known, the ride back on the upper deck of a bus proved to be much more exciting as we scraped foliage on our way along the narrow and twisty road. 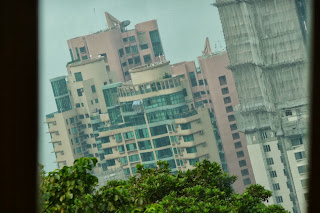 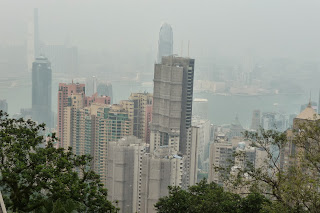 The peak is incredibly commercialized and all we did was to sit for awhile and cool ourselves off with the rare - for us - treat of a Starbucks Frappuccino. 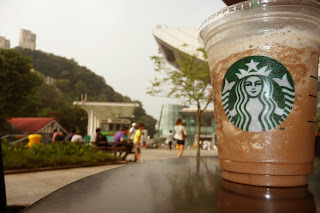 Then it was back down the hill on one of those Hong Kong bus rides that would make a pretty good Disneyland attraction. 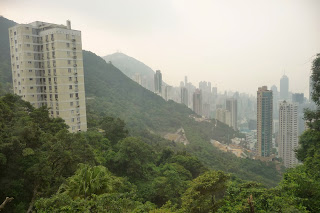 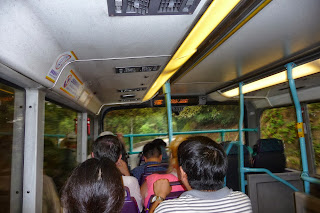 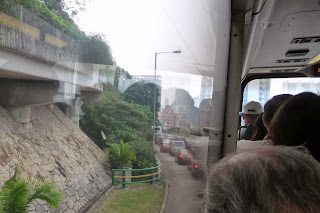 Along the way a sighting confirmed that there are enough wealthy folks in Hong Kong to support car dealerships. 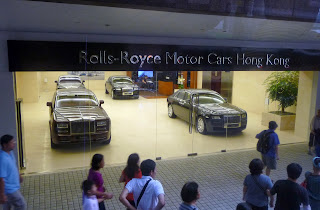 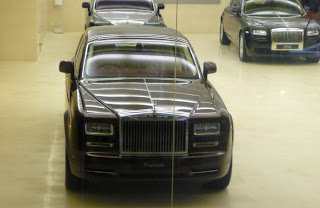 And we continue to be intrigued by this large transportation company's motto, emblazoned on the back of its buses. 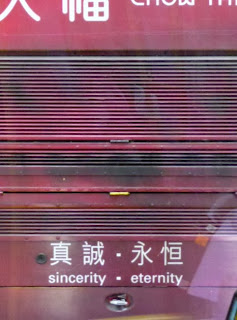 Nothing like a Hong Kong bus to deliver you to eternity with sincerity.