Hong Kong Disneyland is officially open for the day and we decide to make our way clockwise around the perimeter. The park is considerably small than either of the U.S. parks. It includes Toy Story Land, with the Toy Soldier Parachute drop, the Slinky Dog Spin, and RC Racer, Mystic Point, with Mystic Manor, Grizzly Gulch, with the Big Grizzly Mountain Runaway Mine Cars, Adventureland, with the Jungle River Cruise and Rafts to Tarzan's Treehouse, Fantasyland, with a number of familiar rides, Tomorrowland, with Space Mountain, Buzz Lightyear Astro Blasters, and Autopia, and of course Main Street USA.

We started with the Runaway Mine Cars, a ride quite similar to Thunder Mountain but featuring a surprise ride backwards toward the end. From there we worked our way around, going on the most of the rides through about 3:00 p.m. until the crowds started to throng in as the day progressed. 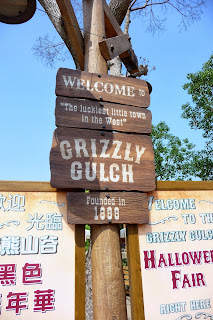 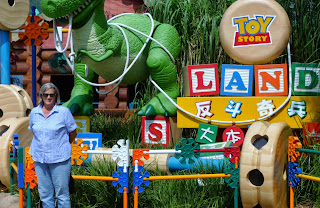 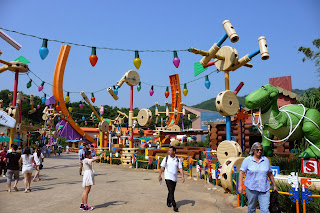 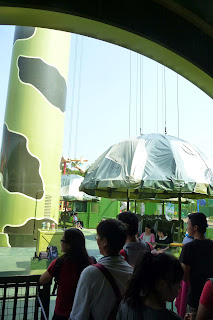 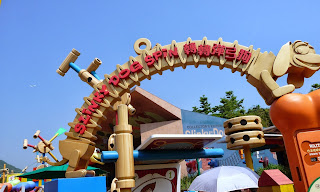 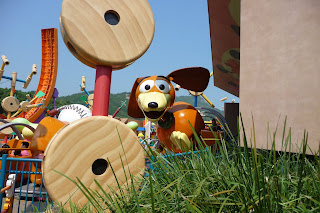 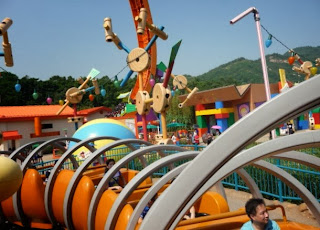 Kathy was little dizzy after the parachute drop, as was Brian after going around and around on the Slinky ride, so we agreed to call a truce and not ride this one... 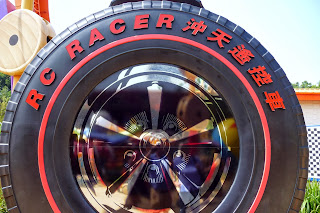 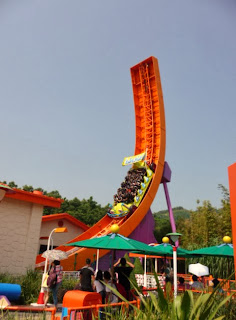 Onward to the rest of the park.