We only had a couple of rides left that we really wanted to try. The first was the Jungle Boat cruise, which was closed for maintenance our first time around. The wait time was about 40 minutes, but they singled us out to ride an English-language boat running in 10 minutes. Who were we to turn that down?

It was similar to the Anaheim ride, although it rode partly on the same "river" as the rafts going to Tarzan's Tree House. The grand finale was a volcano with lots of steam that warmed us considerably. 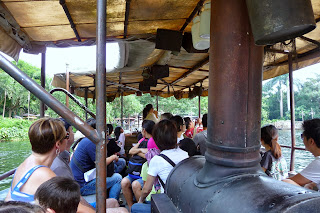 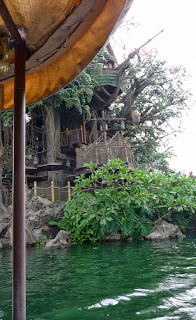 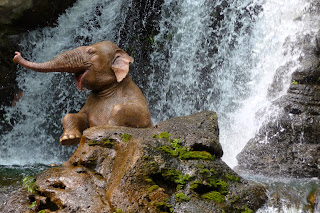 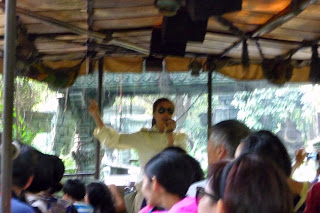 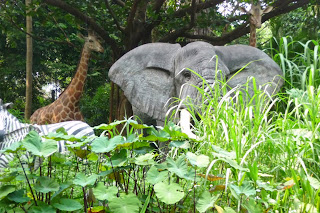 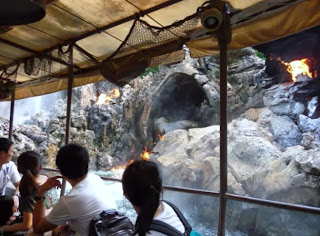 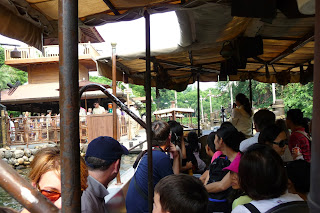 The park was running two trains during our visit and it would be hard to run any more more. There are only two stations. One is at the front of Main Street as you enter, and the other is in Fantasyland at the back of the park. You are not allowed to ride all the way around; every passenger must get off at the next station.

As the grand finale of our visit, we decided to ride the train around the park, and had to get off and stand in line again to ride back to the front of the park.

The "engineers" are employees dressed like, well, employees, and not like engineers. They don't wave to the passengers, ring the bell, or blow the whistle. They seemed very serious about their work which we suppose is a good thing.

By the time we boarded the last car (we tend to be at the back of the crowd in China unless we decide to throw our weight around) there seemed to be no place left to sit. The young female conductor appeared however and spoke quite sharply to some passengers, who immediately made room for us to sit down.

The conductors offered instructions almost non-stop. They involved controlling children, not leaning out, and other such essentials. Our favorite English-language announcement of the day - heck, maybe the entire trip?

"Ladies and gentleman: For your own safety please turn off your umbrellas." We saw lot more umbrellas, and a lot more people, as we rode the train around the park. Yes, it was a good decision to say farewell to Hong Kong Disneyland and to leave by 3:00 p.m. after a quite pleasant five-hour visit. 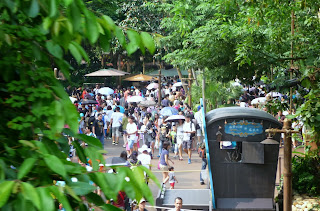 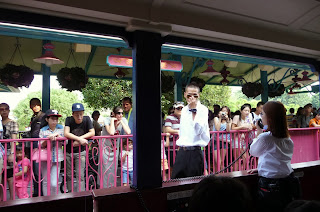 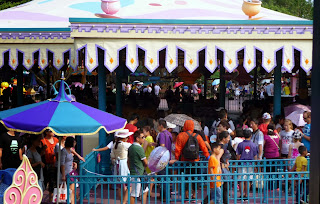 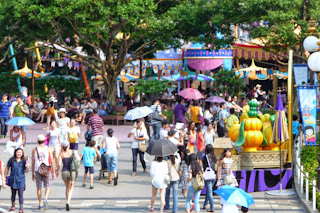 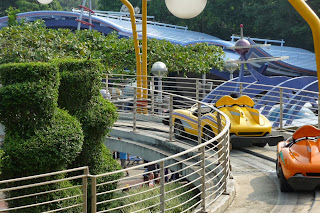 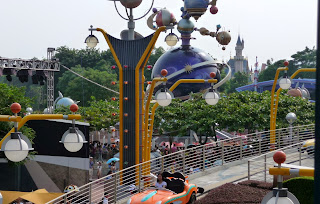