Once off Nautica and delivered to the Barcelona Hilton by a fraudulent taxi driver apparently typical of his trade in this city, we were granted an early check-in to a smallish but perfectly adequate room on the Executive Floor just around the corner from the lounge. No tub but the air conditioning works and the tapas there last night, followed by a very good buffet breakfast in the ground-floor restaurant, made eating elsewhere quite unnecessary. 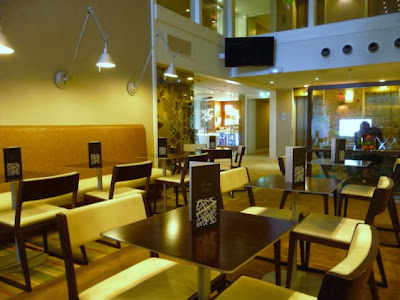 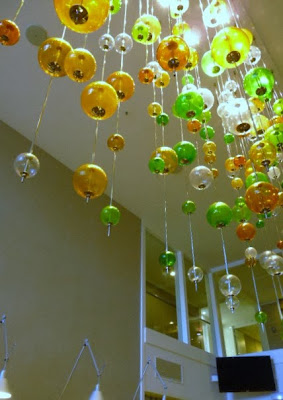 We bought ourselves a four-day pass for the Metro (a little less than 50 Euros for both of us) which not only keeps us out of the clutches of Barcelona's cabbies but gets us all over the city, starting with a a ramble on - yes - Las Ramblas. 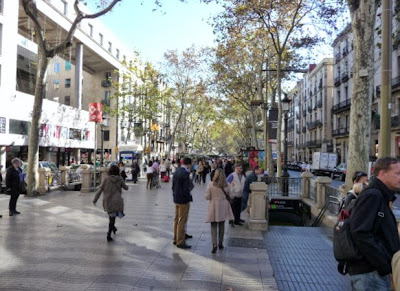 Before we know we're in front of a marketplace, and of course we have to wander through it. 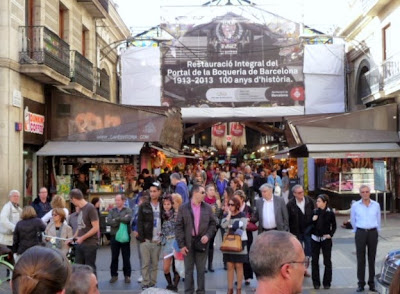 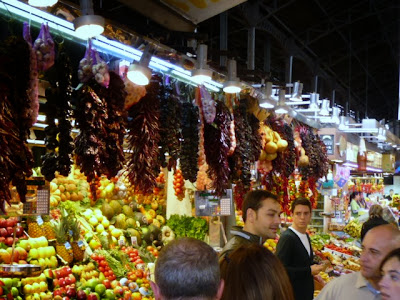 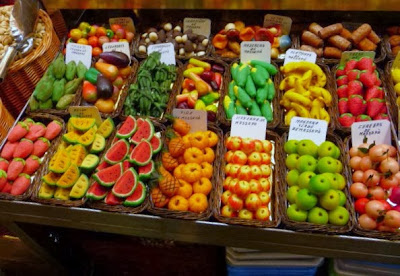 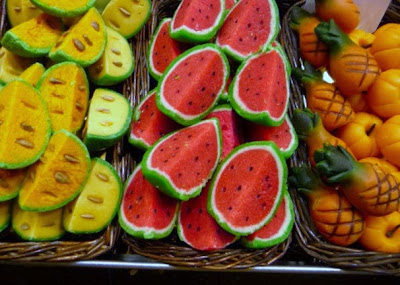 Vegetables and meat and fish and bakery goods all look either appealing or at least "interesting." 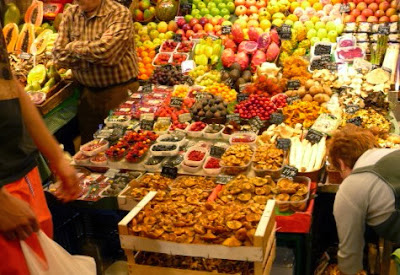 Somebody is even displaying popsicles in a freezer-case. 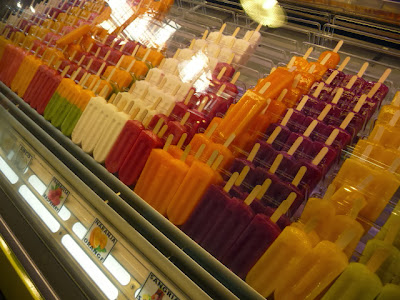 There are positively artistic displays of vegetables. 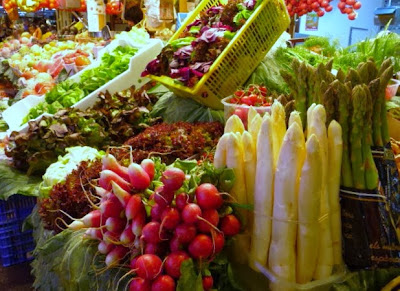 And then there's the seafood, and the mushrooms, and the fruit, and of course the famous Jamón ibérico. It went on and on until we had to tear ourselves away. 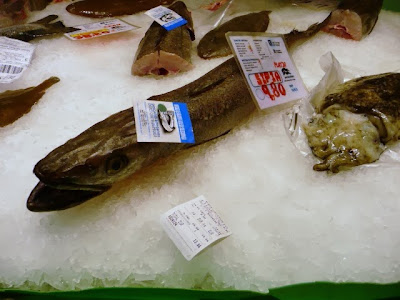 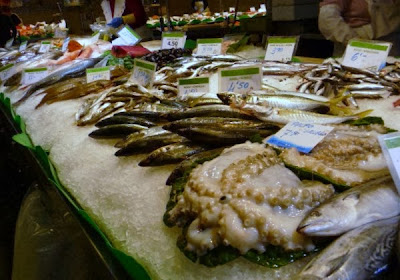 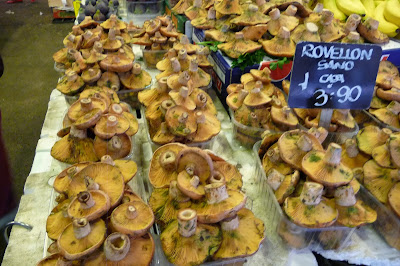 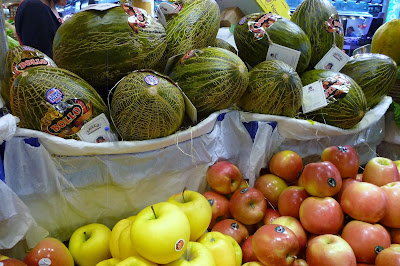 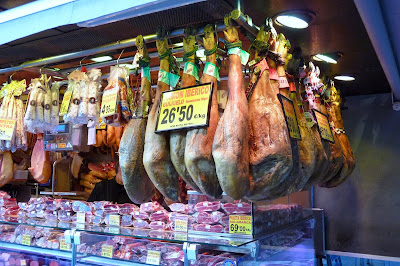 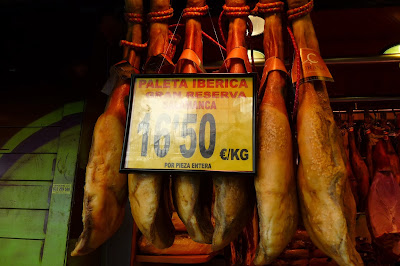 As we finish up our stroll along Las Ramblas awhile later there occurred a chance meeting. It wasn't the most amazing coincidence in the world because everybody who goes to Barcelona is going to walk along Las Ramblas. Still... there waiting to cross the street toward us were Ralph and Mary Ann, two of our trivia team partners (and fellow travelers on two outings). We exchanged amazed hellos before going on our separate ways. They're now en route to Dubai on Nautica while we're enjoying Barcelona for a few days before boarding Riviera for our transatlantic voyage to Miami.

Yet again, sometimes it's a small world after all. 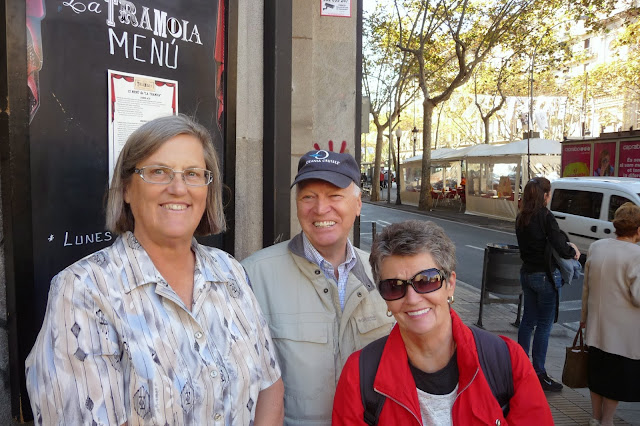