Monaco and Monte Carlo hold little of interest to us, other than a magnificent setting. We can admire the stately casino but never intend to step inside. 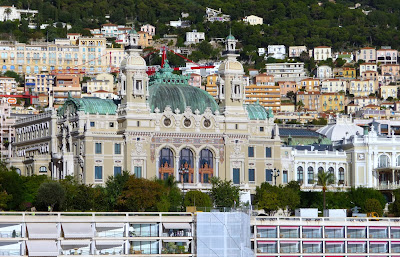 We had walked the sentier du littoral, or coastal walking path, a number of times when we spent a month in Menton, and later two weeks. It was a glorious day when we docked and our goal was to see how far we would get before riding the train back to Monaco. 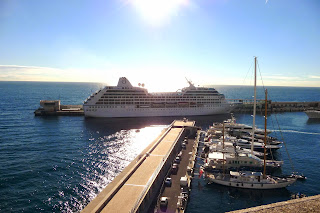 We could see Nautica in the distance for most of our three-hour walk as we pursued our curving path along the coastline. 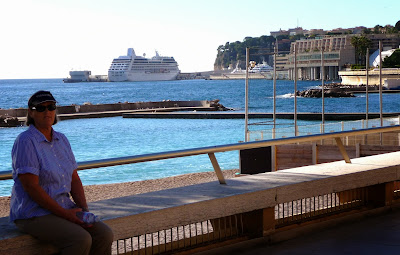 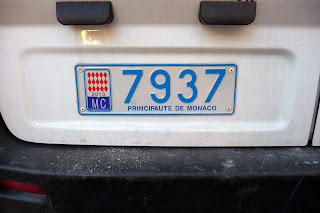 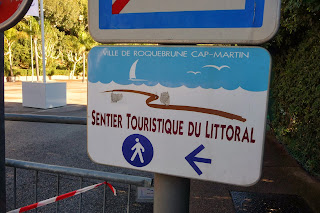 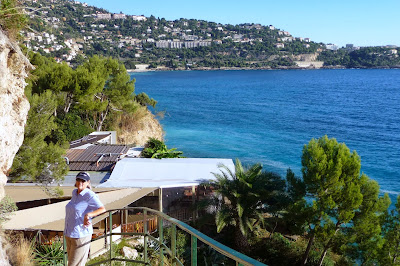 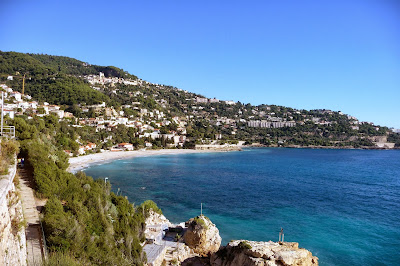 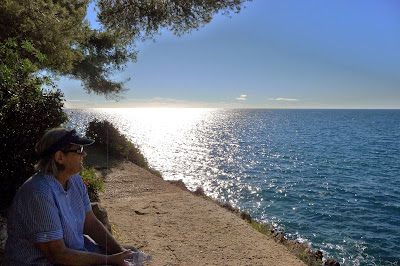 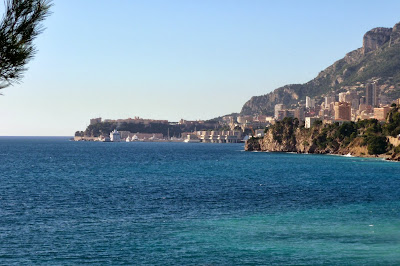 We remember this section well, a walkway attached to the retaining wall. 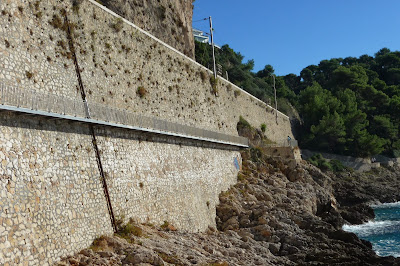 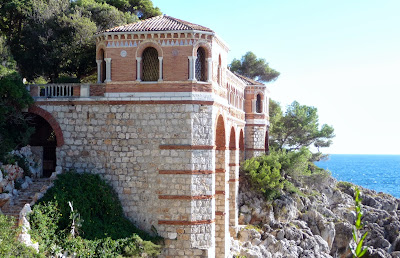 We decide to ride the train back at Carnoles, since the station is very close to the sentier. We buy two tickets at the machine outside for 3.90 Euros and step inside to ask a friendly clerk which side of the platform to use. He informs us the schedule is not correct and that the next train to Monaco won't stop at this tiny station until 4:00 p.m. How far is Menton? Only a 15-minute walk so offer a Merci and off we walk again. 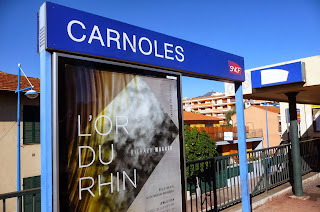 And so we achieve our unspoken goal of walking all the way to Menton. To celebrate this achievement - as well as to gain access to the toilettes - we treat ourselves to a pleasant lunch a block up from the beach in Roquebrune at a London Tube-themed joint called Le Piccadilly. Their bread was French. 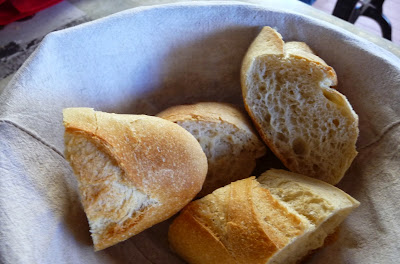 A demi (half liter) of wine complemented the meal 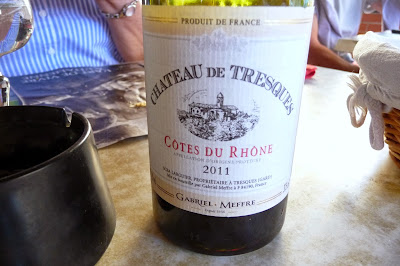 The cannelloni was a bit heavy on spinach but still very tasty. Besides, we like spinach. 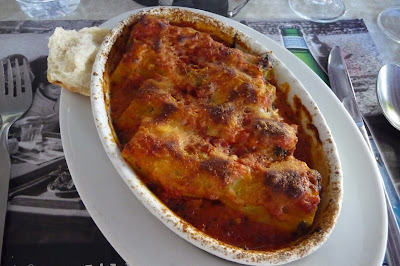 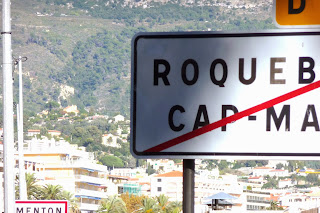 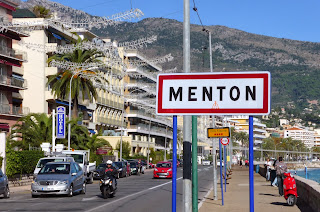 From there it's a relatively short six-block walk up to La Gare SNCF, where our tickets are good for the train to Monaco. By chance we sit across the aisle from fellow Nautica cruisers who are impressed by our hike as we enjoy the 20-minute ride back to Monaco.

What a great day!