A lot of history here. Once we had confirmed from a couple of sources that the area where we are docked is one of the touristic highlights of Bermuda we wasted no time. Once the British lost the Revolutionary War to those pesky colonists, they suffered from a logistical problem as described here:

The British Royal Navy established the Royal Naval Dockyard after defeat in the American War of Independence left Britain without a secure operational base between Halifax, Nova Scotia and the West Indies. Bermuda was quickly identified as a strategic mid-Atlantic location where a secure anchorage for the Navy’s fleet and a dockyard, victualling yard and ordnance depot to maintain the ships could be developed.

The Royal Navy purchased 200 acres on Ireland Island in the west end. In 1809 work began on the North America and West Indies Station, as the base became known, and continued into the early 20th Century. It was a huge project that involved large land reclamations and the labour of thousands of convicts from Britain who were housed in appalling conditions aboard rotting hulks of former naval fighting ships.

Apparently much or all of this area suffered from great neglect but recent restorations have resulted in an incredible place to visit and to learn. We took the free tram from the dock over to the main area and wandered around the grounds of this historic place before entering the National Museum of Bermuda to spend a couple of fascinating hours. 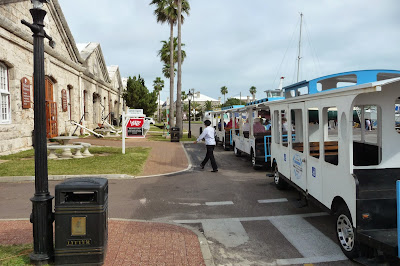 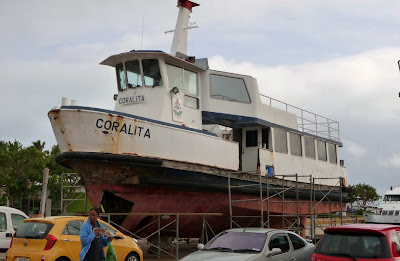 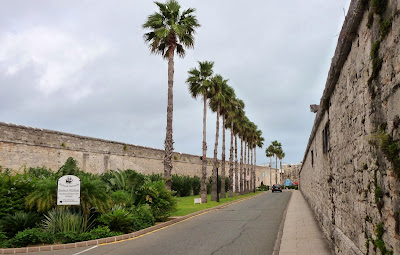 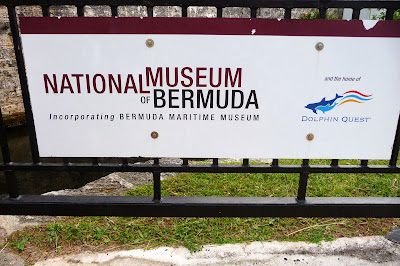 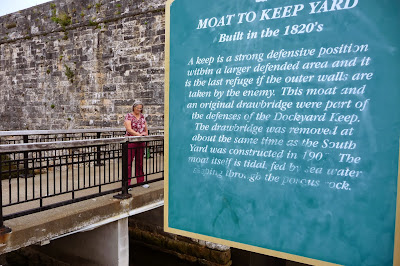 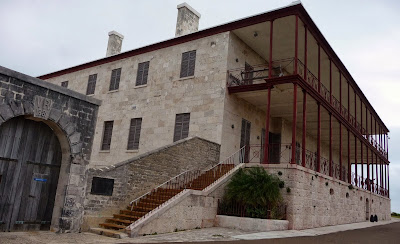 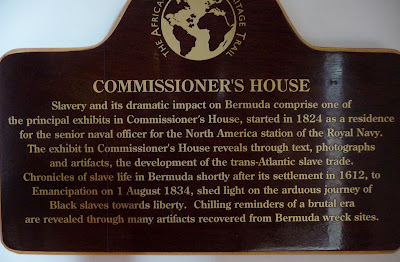 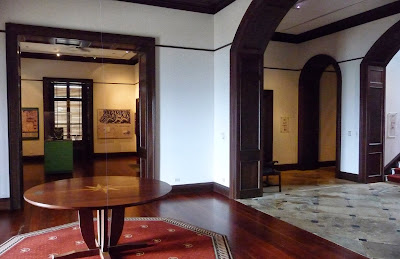 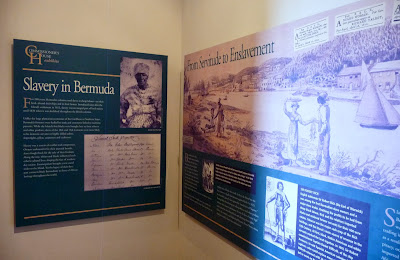 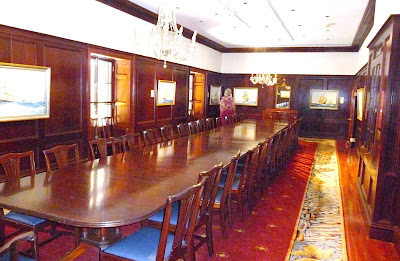 The extensive defensive fortifications and munitions storage buildings within the same "keep" are fascinating to tour. 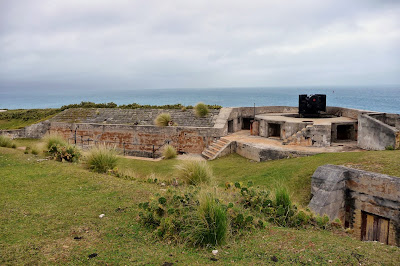 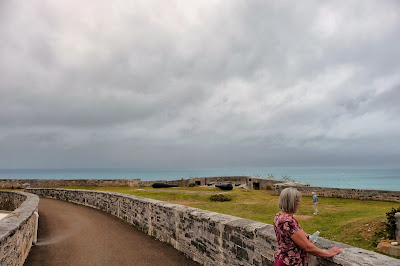 Then it was back inside to tour the fascinating exhibits about shipwrecks in the magnificent Queen's Exhibition Hall, formerly a munitions storage building designed by the same architect who designed a couple of 19th-century Britain's most famous buildings. 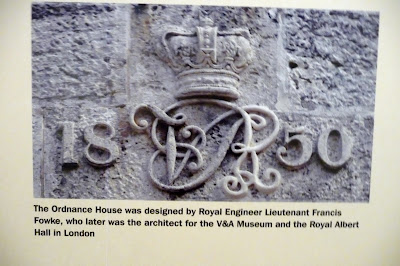 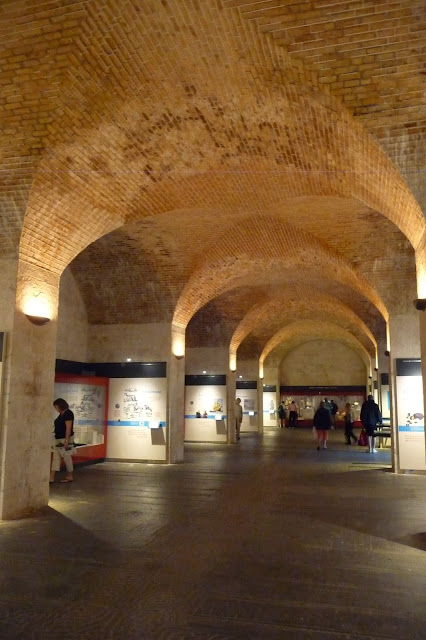 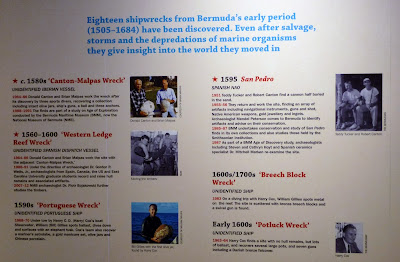 Suddenly we realized it was raining outside. We waited for the rain to abate but it didn't. We walked back to the ship and arrived thoroughly soaked. Maybe we should have brought that umbrella after all. 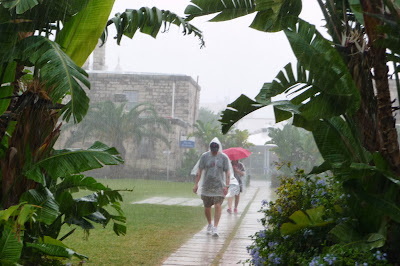 We bought a token and dried out our clothes in the dryer down the hall, treated ourselves to lunch in the Grand Dining Room, and proceeded to play table tennis and shuffleboard.

Now we're on our way to afternoon trivia with a team that usually finishes in the money - or at least in the Big O Points that are the currency for hats and T-shirts at the end of the cruise.

Tonight we snagged another reservation in Toscana. We expect we'll manage quite nicely even without turkey.