Bill and Sue drove us a few miles out of Australia's capital to visit two interesting places.
The first was Cotter Dam, a fairly new project that's impressive not so much for its height (87 meters or 285 ft)  as it is for the design of the spillway, causing the water to aerate and to dissipate while creating a spectacular visual effect. 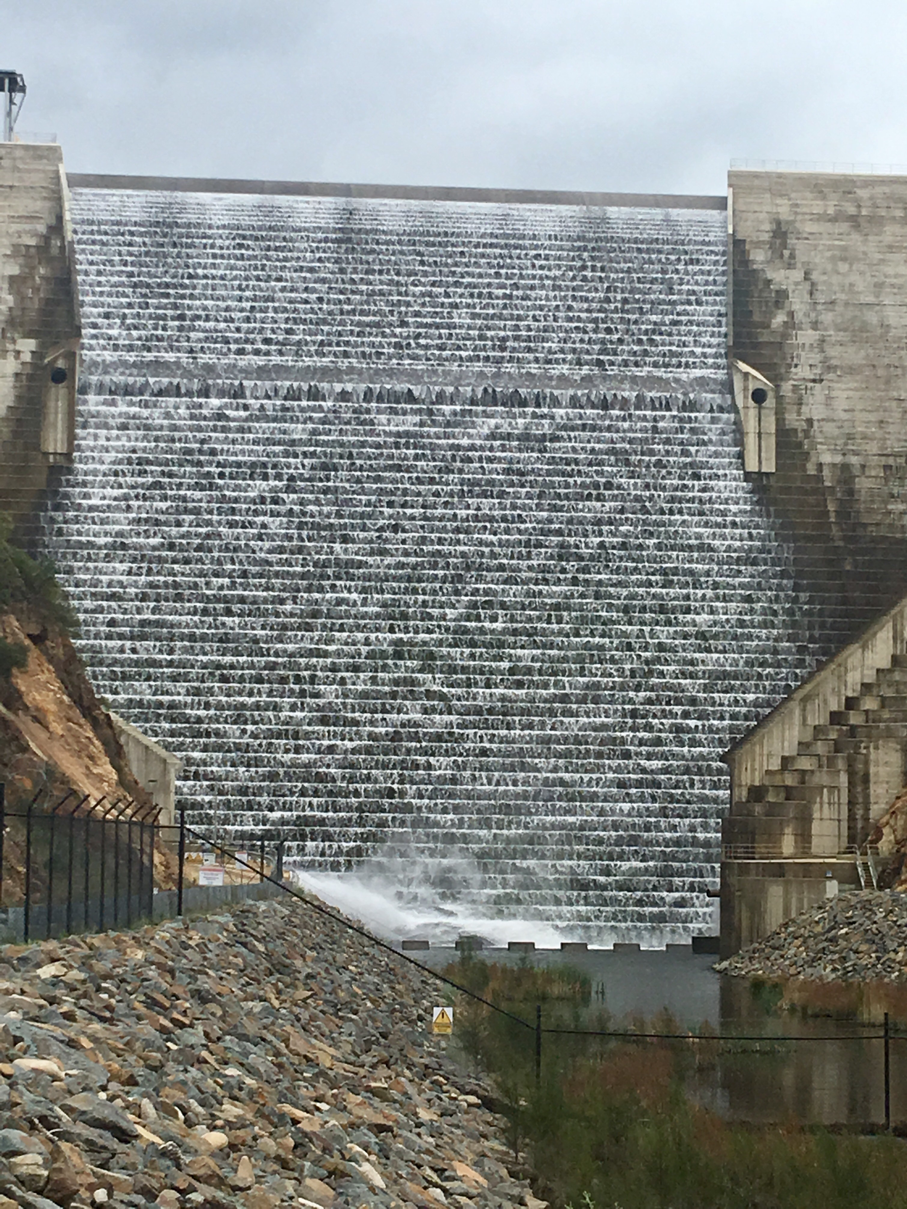 A lot of information is available. The original dam is under water and this dam, finished in 2013, holds back a reservoir of the same name that supplies drinking water to Canberra. 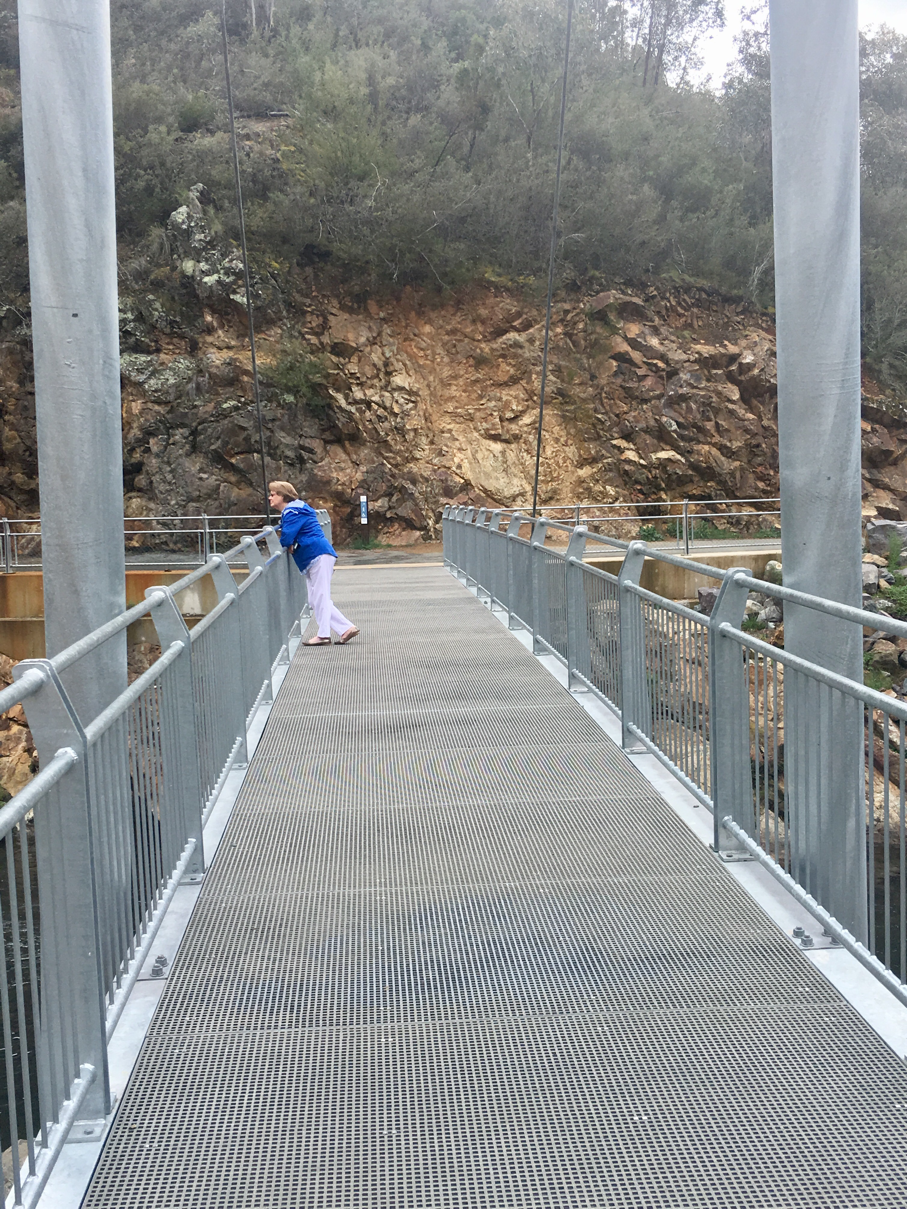 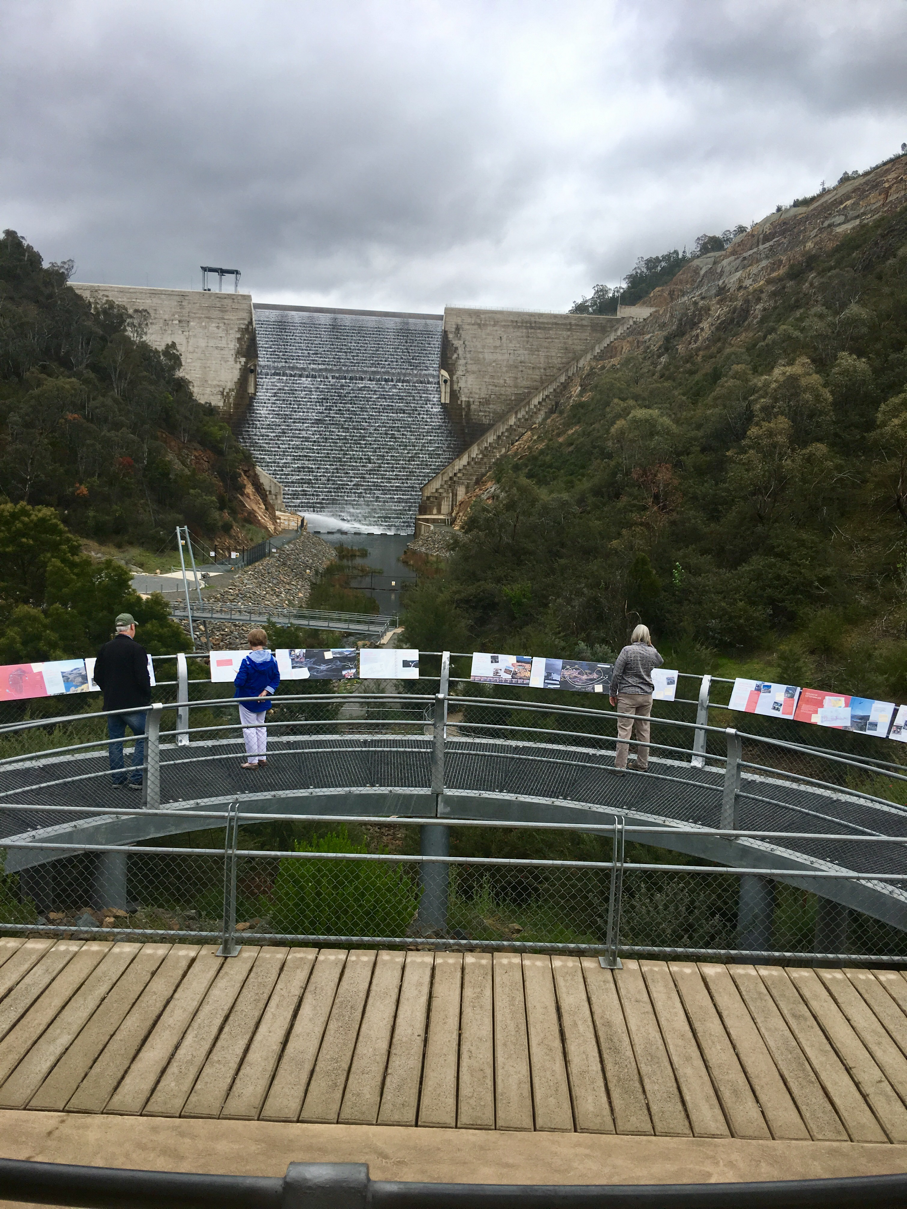 We walked along a trail with lovely views. 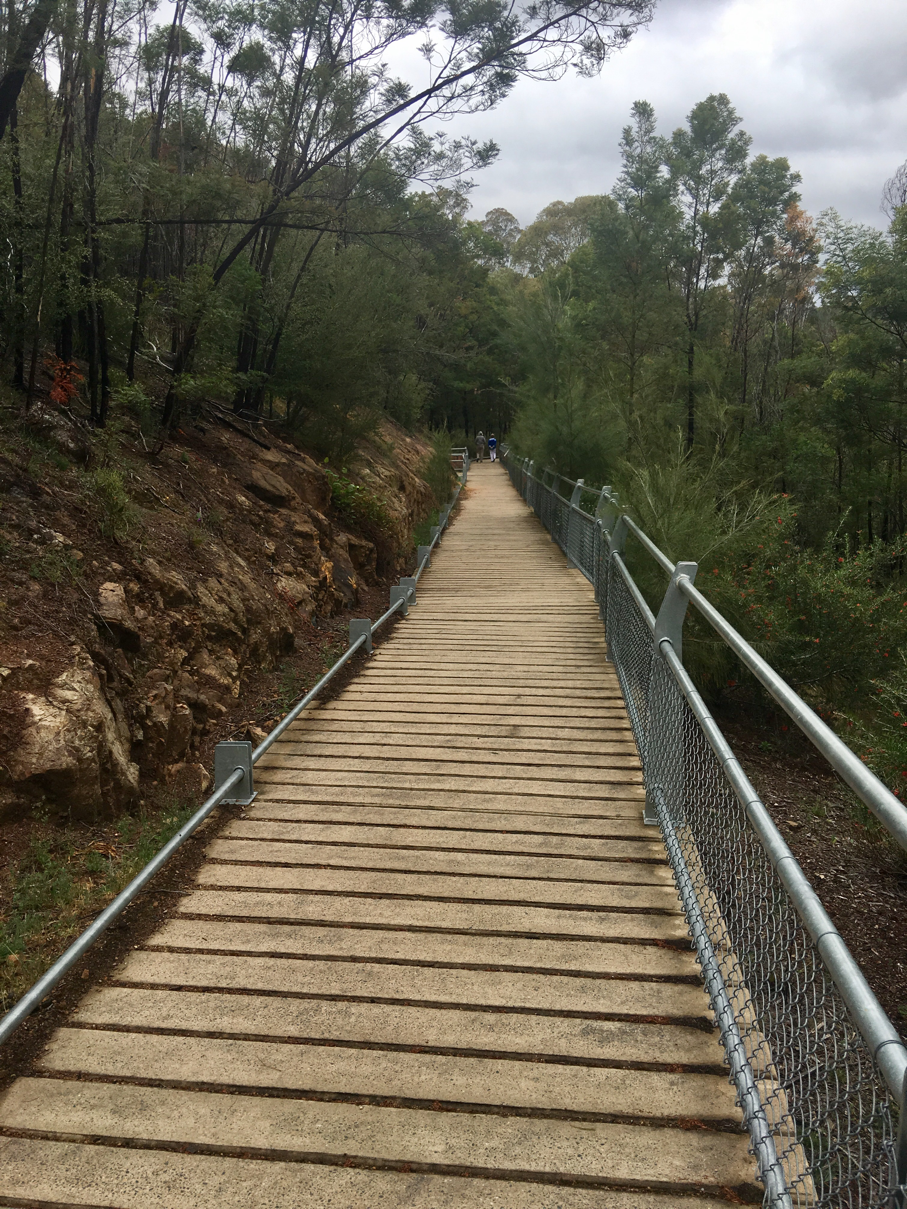 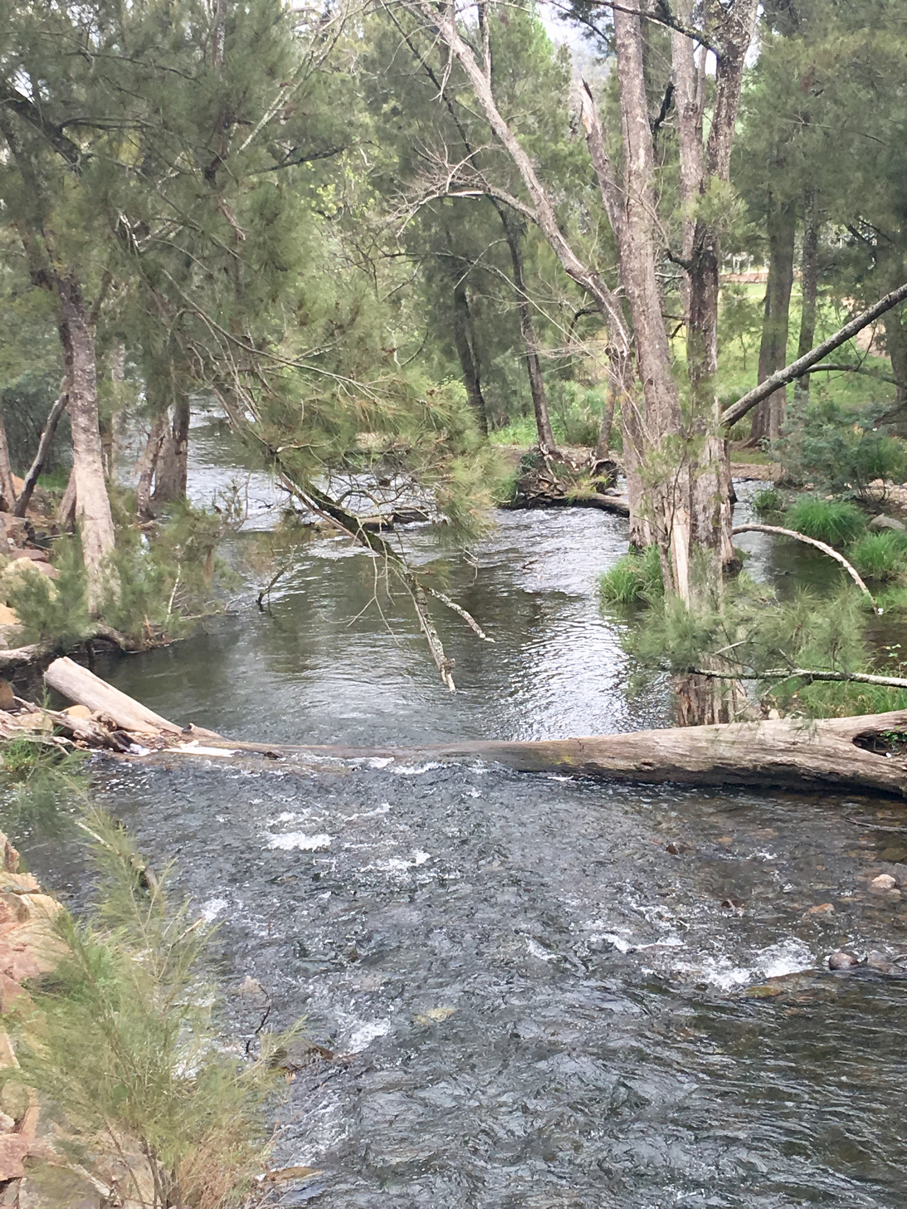 We next visited Mt. Stromlo Observatory. It was originally built in the late 1800s, but it's kept up with the times and can boast of a couple of Nobel Prize winners in 2011.
Mount Stromlo Observatory is the headquarters of the ANU Research School of Astronomy and Astrophysics, a world-respected community of researchers exploring the heavens. 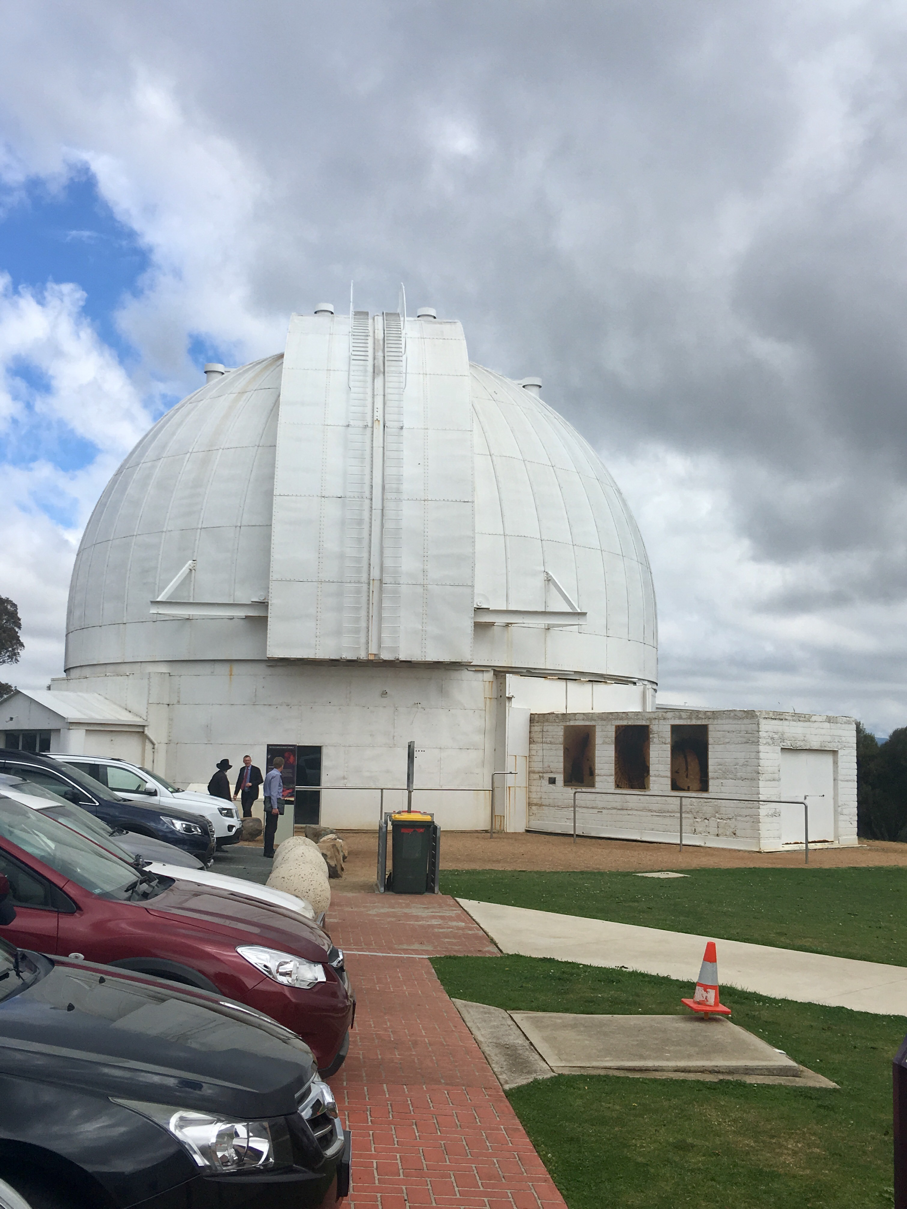 A disastrous 2003 wildfire destroyed telescopes and structures ((the building above is gutted inside) but the work carries on, in partnership with other facilities around the world.
From Wikipedia:
On 18 January 2003, the devastating Canberra firestorm hit Mount Stromlo (which was surrounded by a plantation pine forest), destroying five telescopes, workshops, seven homes, and the heritage-listed administration building.[7] The only telescope to escape the fires was the 1886 15-centimetre Farnham telescope. Relics from the fire are preserved in the collection of the National Museum of Australia.
On a personal note, student residences on the site are named after Sue's brother-in-law, who was an astronomer here.
We enjoyed the displays, and the commanding view of Canberra. 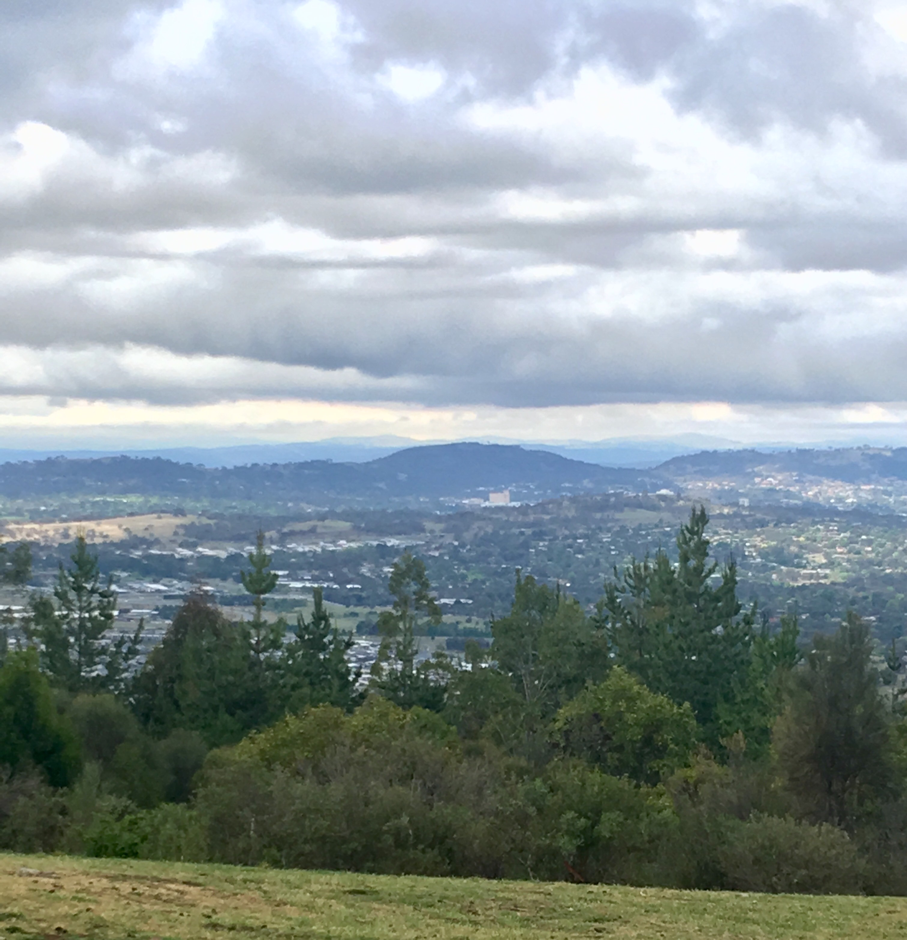 A fine outing!
Posted by Kathy and Brian at 4:21 AM