Flying Emirates in a New Boeing 777

Our three-hour flight from Mumbai (BOM) to Dubai (DXB) was fine, with a pleasant crew.
We endured a long layover at DXB, arriving at 9:00 p.m. And leaving at 2:50 a.m. local time. The huge lounge was deserted when we arrived. As we emerged from our little lounging area to head toward our flight, we realized the place was so full it would be hard to find two places to sit together. There must be a lot of flights leaving from 3:00 a.m. onward. Too bad we snoozed, instead of availing ourselves of the extensive food offerings. We were surprised at BOM that the EK (Emirates) flight boarded an hour early, so we asked the lounge attendants if that was the case at DXB.
Oh no, they replied. They also said, in answer to our question, that there was no additional screening for U.S.-bound flights. Wrong on both counts!
By the time we arrived at the gate, it was listed as "last call."
A small army of baggage screeners was standing around and eager to give us attention. Kathy's female screener didn't want to let Kathy carry on an empty water bottle, so she walked over and dropped it in Brian's bag. His screener didn't mind a bit. Heh-heh...
Once that was over, we boarded what proved to be a quite empty Business Class section. Even better, it was another new (or newish) 777. We had plenty of space to stow our bags, plenty of time to unpack our Bose headphones and iPhone power cords, and plenty of time for a glass of Veuve-Cliquot.
In other words, boarding as "late" as we did proved to work out very well. You never know.
There's a lot to be impressed by in Emirates. For example, accurate wine lists for both flights were published in advance on the EK website. There  were "only" two red wines, but what wines!
The order of meals on this 8,000-mile 15-hour flight commenced with a "light lunch." There were three choices for every meal. Here's Brian's light lunch, the very lightest option. 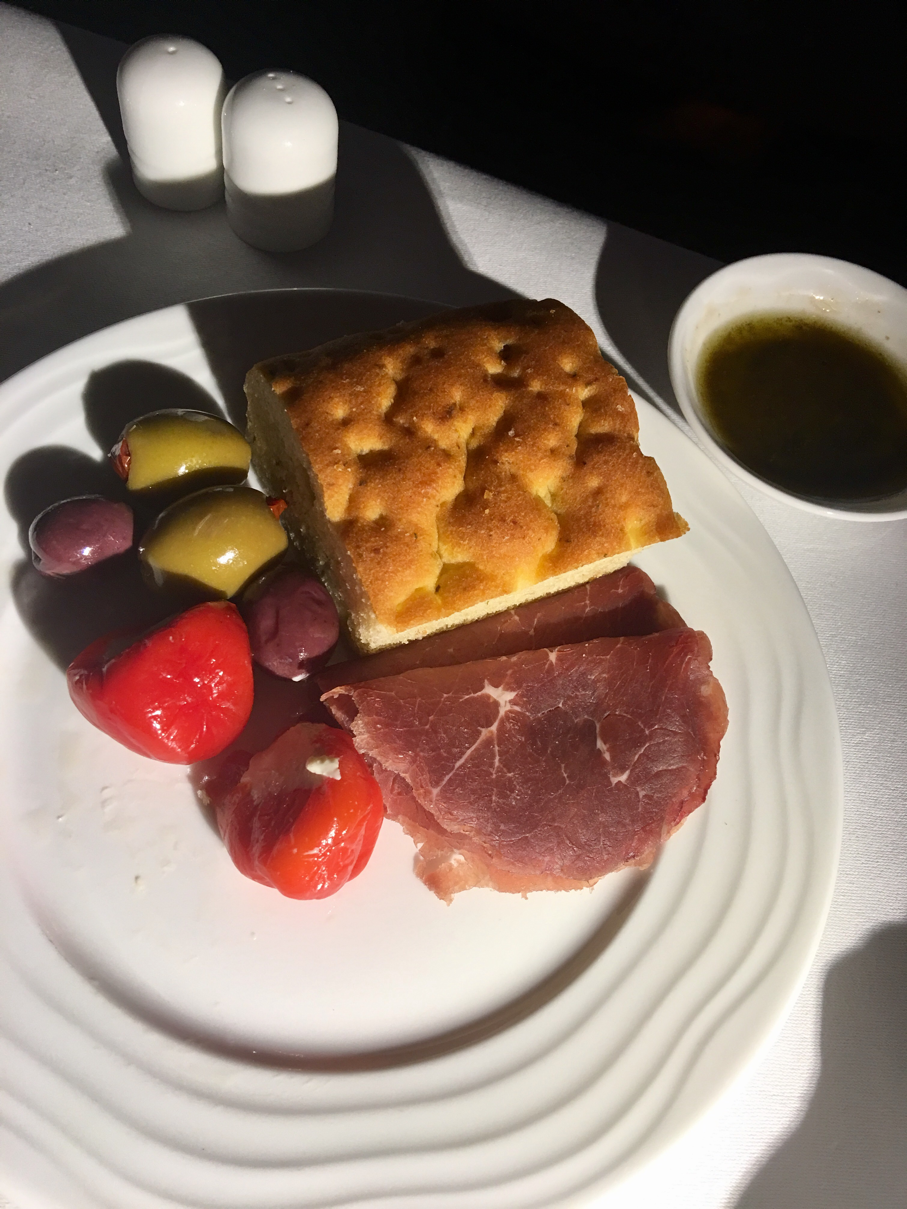 Later on, there was breakfast, including the continental option. 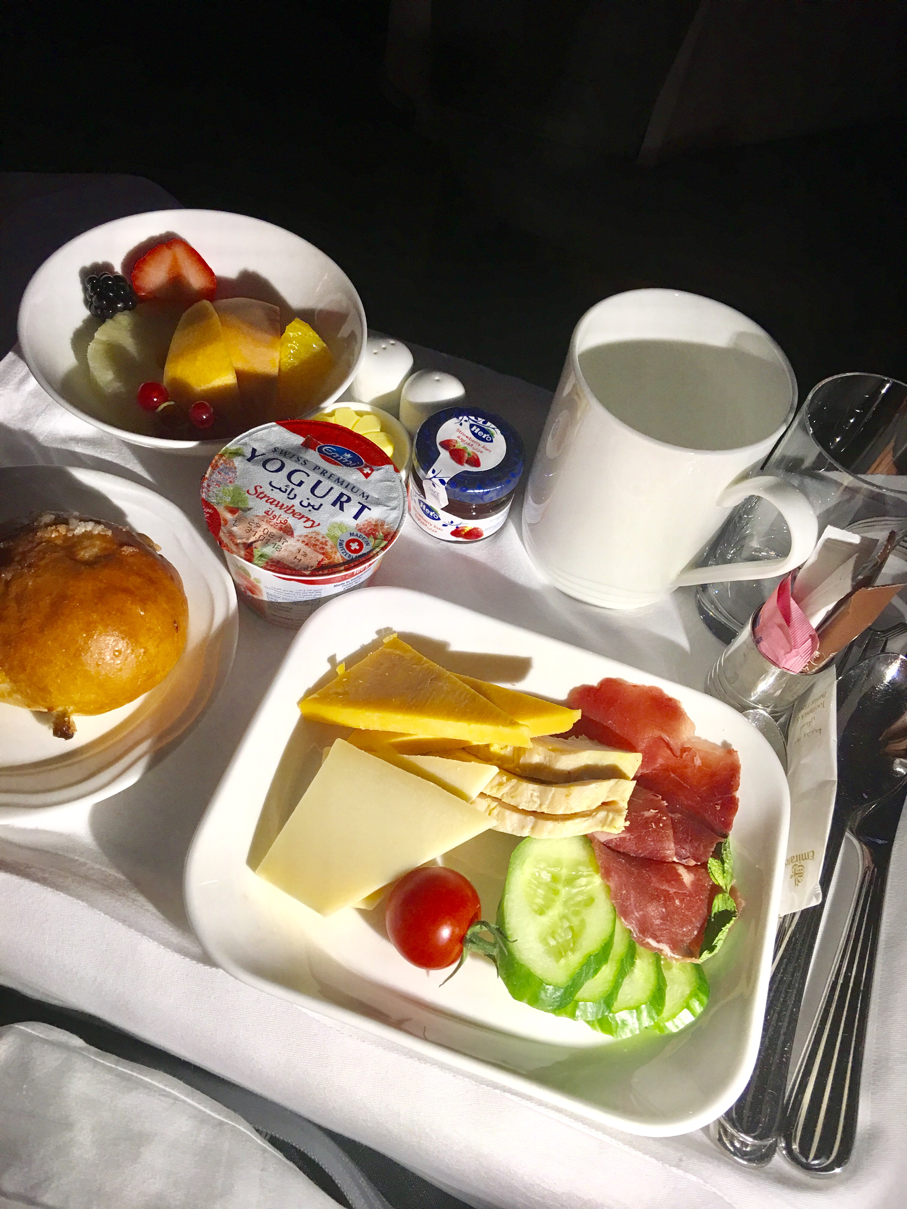 Before landing, lunch was served. Brian chose the beef, while Kathy, still suffering from the effects of an Indian breakfast, limited herself to the first-course tomato soup. We slept about five hours after boarding in reasonably comfortable lie-flat seats, smoothed further with mattress pads supplied by the FAs. Brian managed another couple of hours after breakfast.
The entertainment options are extensive. Along with movies for Kathy and Big Bang Theory reruns for Brian, the "airshow" includes front and downward facing cameras, particularly good fun in takeoff and landings. 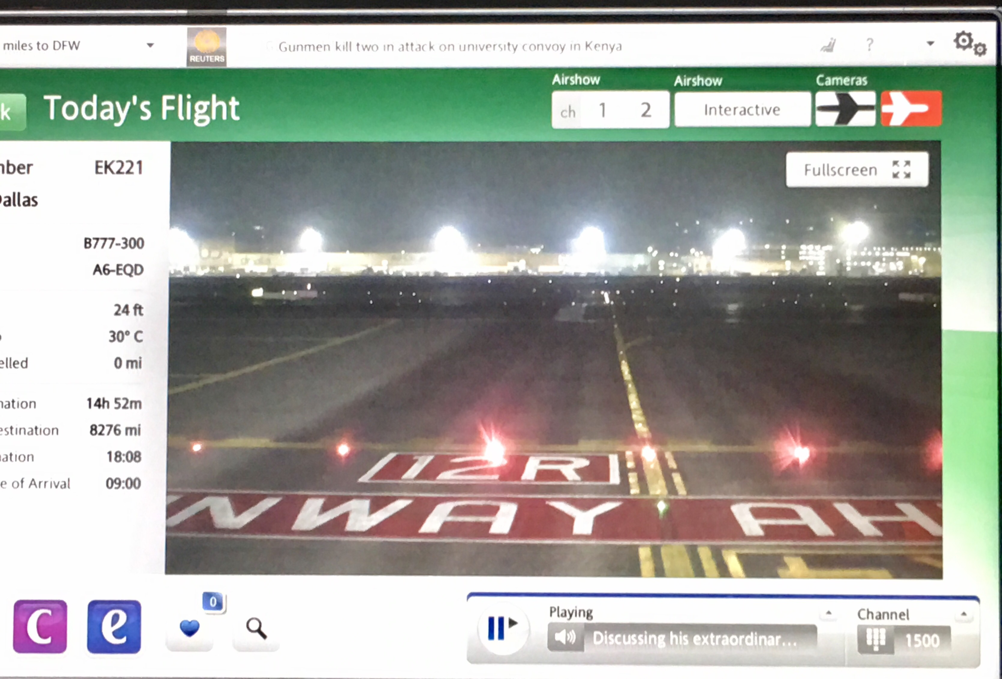 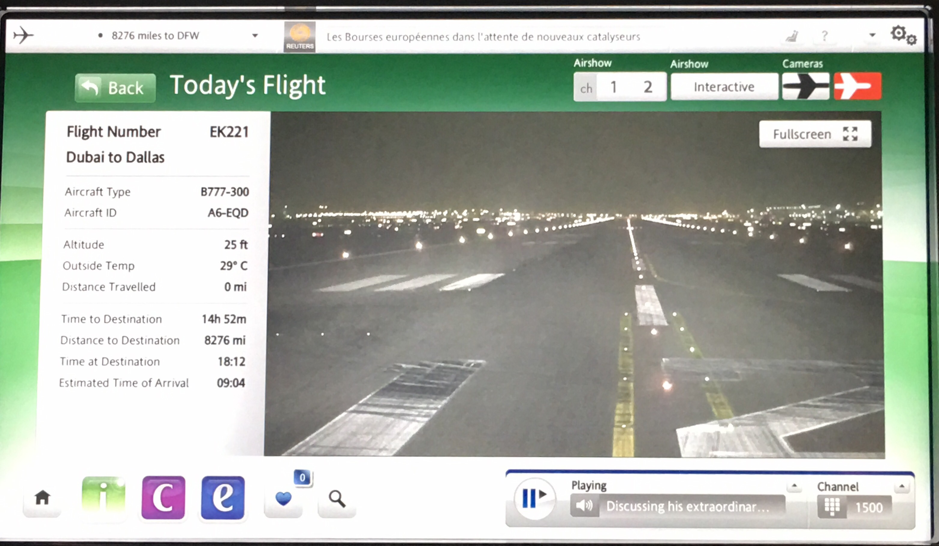 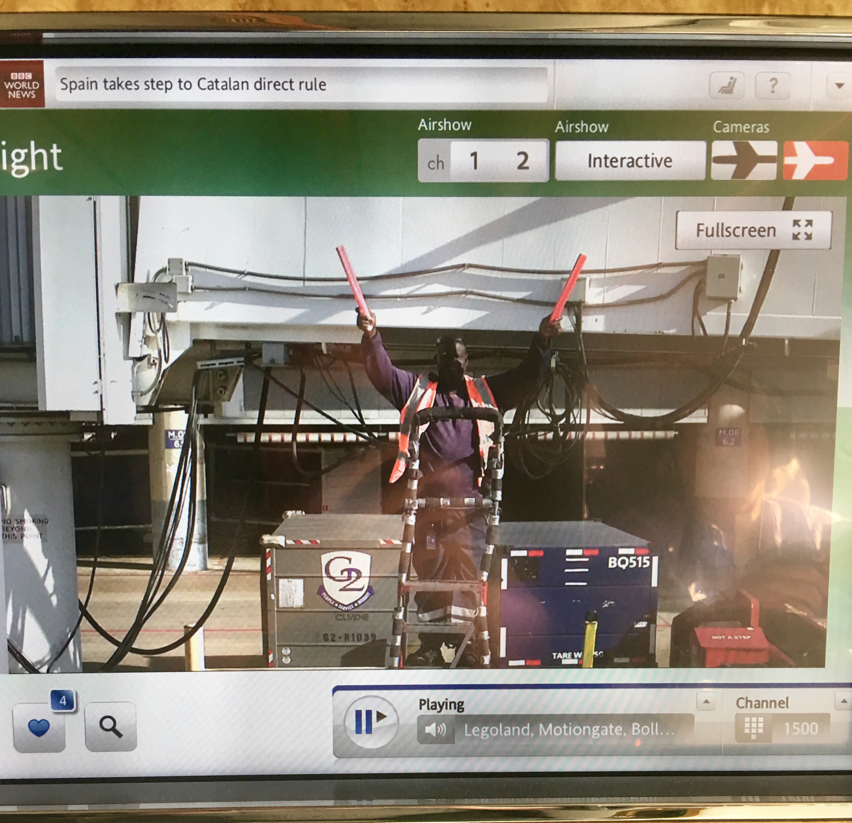 Overall it was a great flying experience. If only Kathy had been feeling better, it would have been nearly perfect. With carry-on only, we zipped through Global Entry, despite carrying some "Indian spices."
We have to admit it's particularly ppleasant being back in the U.S.A., especially with no hassles at immigration, and an Emirates-paid chauffeur to transport us to the Arlington Hilton. An available room at 10:00 a.m. and breakfast certs for two mornings were much appreciated. Yes, the Dallas area looked good as we landed. 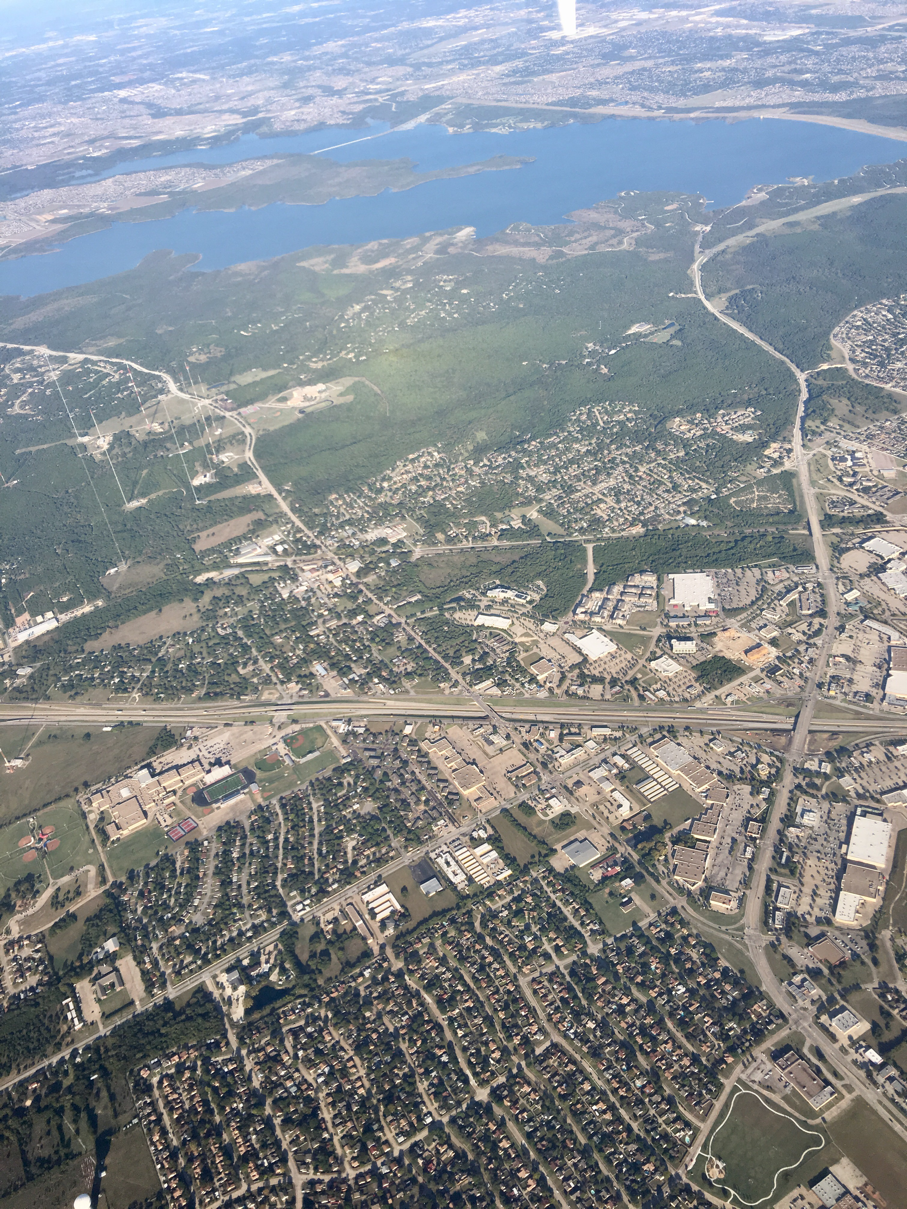