It poured rain overnight and continued to shower as we motored back to disembark. We said goodbye to our crew, and weren't surprised at all to see our faithful guide, Biju Peter, there to greet us.
It's about a 2 1/2 hour drive and Biju wasted no time to make sure we were there on time. Traffic was busy and we passed many uniformed students on their way to school, walking on the side of roads we wouldn't let our children walk on. 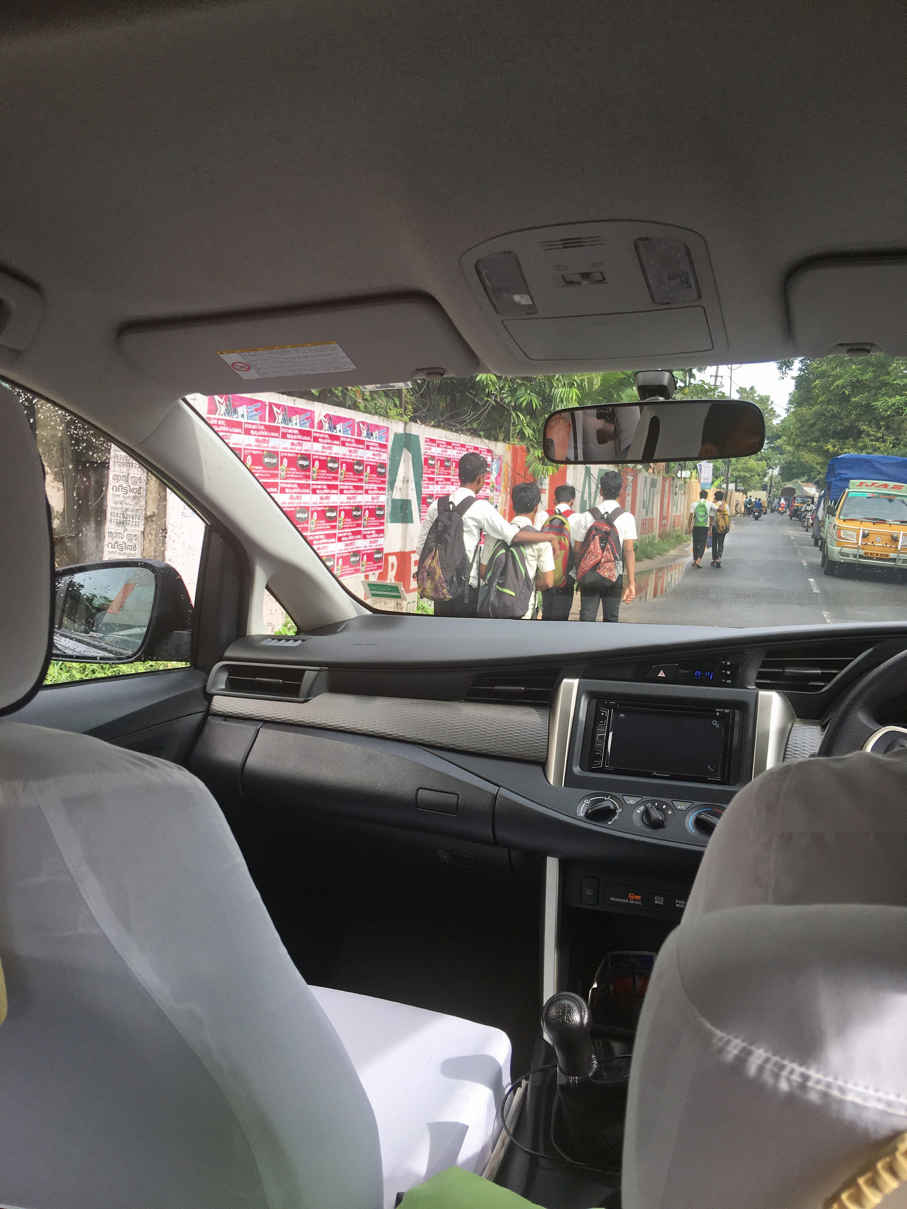 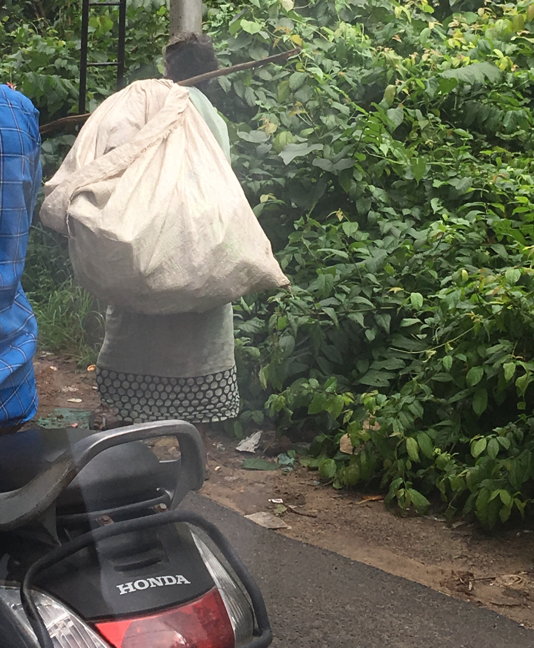 We were stopped at a train crossing for 20 minutes, waiting for a passenger train to go by. Once the train had passed, we realized a female employee was raising the crossing arm manually, and then posting a warning flag on the tracks that she wouldn't remove until the crossing arms had been lowered. 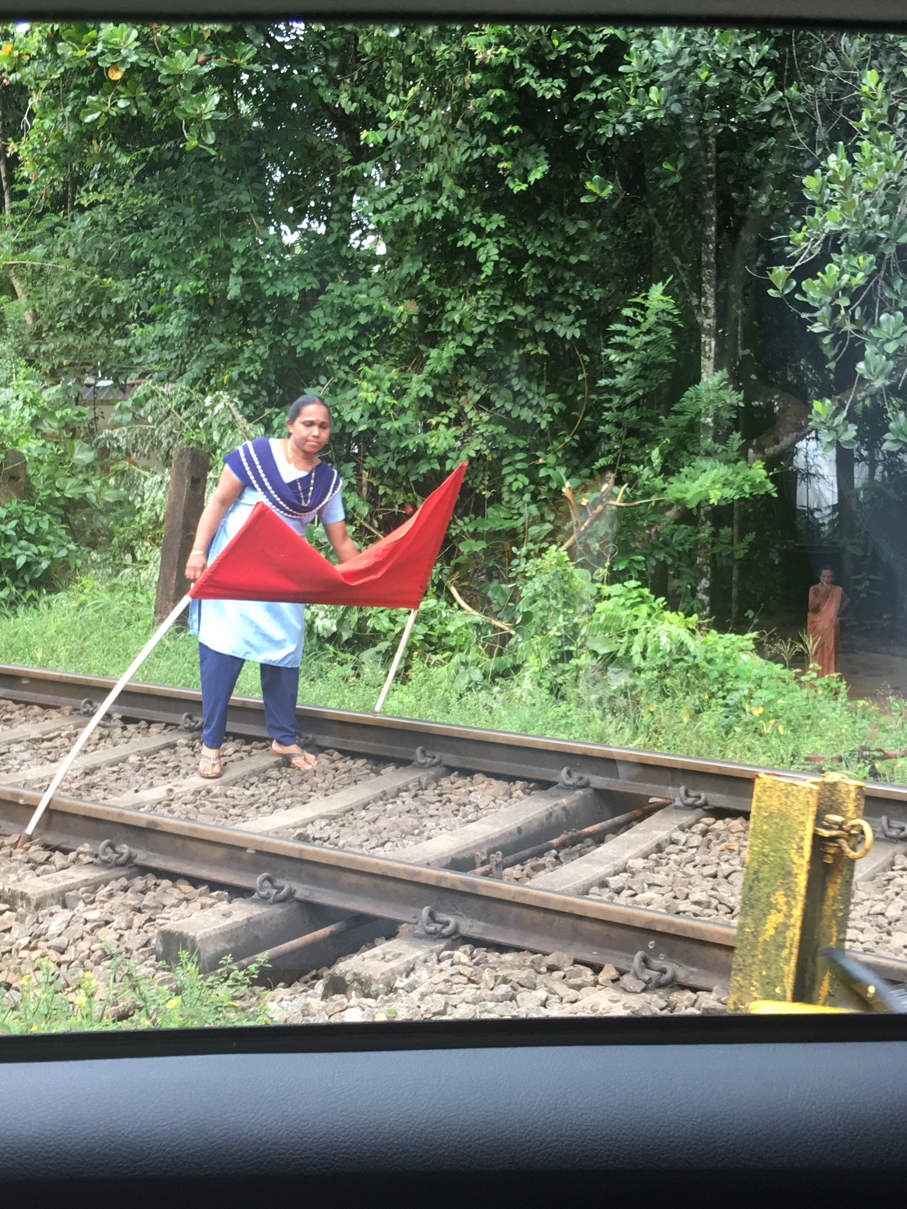 Almost before we knew it, Biju pulled up to the COK domestic terminal and we thanked him and said goodbye. What a terrific driver and guide he is! 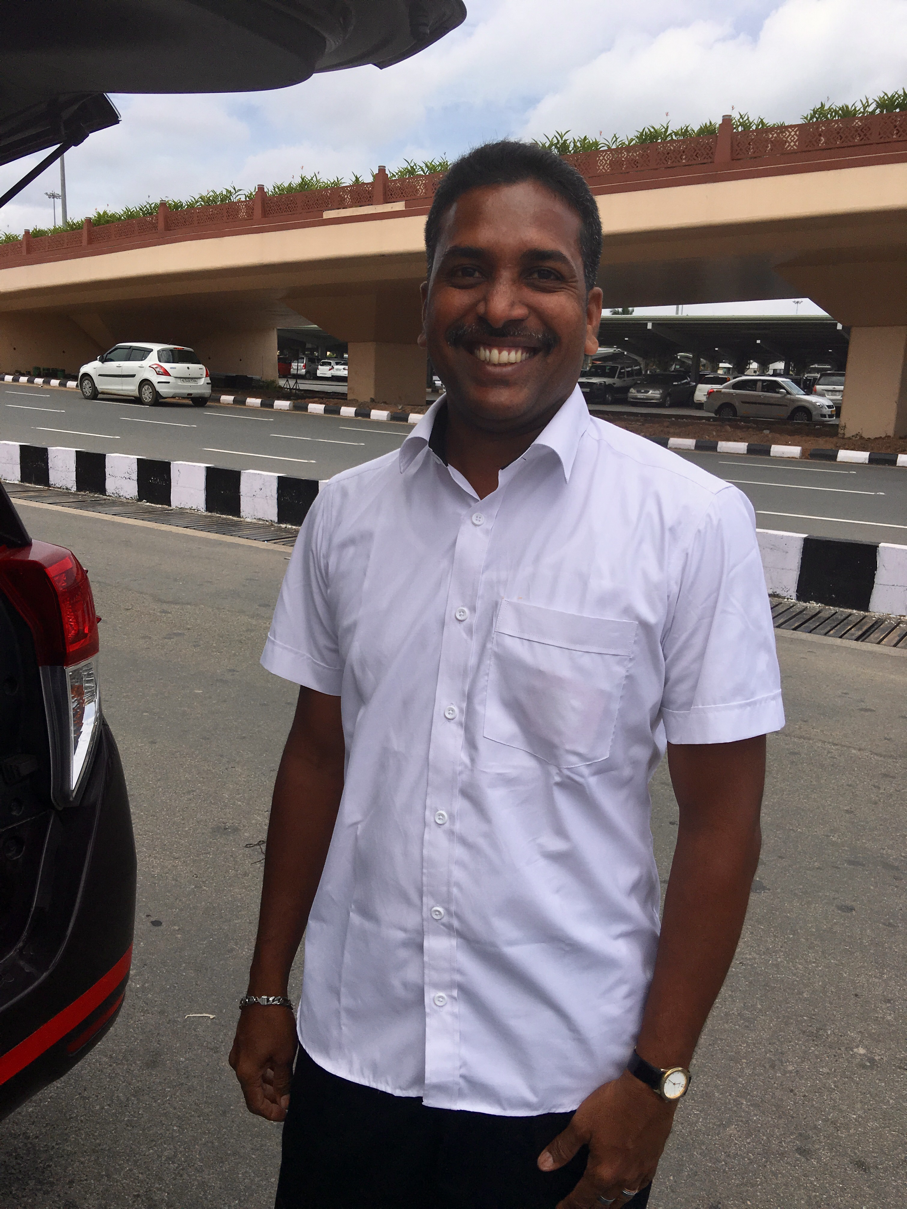