When the Train’s a Pain

We had a fairly quick transfer at Munich but found the right platform quickly.
Unfortunately for us, the cars were numbered out of sequence, perhaps because there was an engine in the middle  and the train was likewise dividing at an upcoming stop.
Consequently, we not only boarded at the wrong end of the train, but after trundling our bags through six or more cars, we hit a dead end where the second engine sat and stood in the aisle for an hour until making a dash for our car at the first stop. 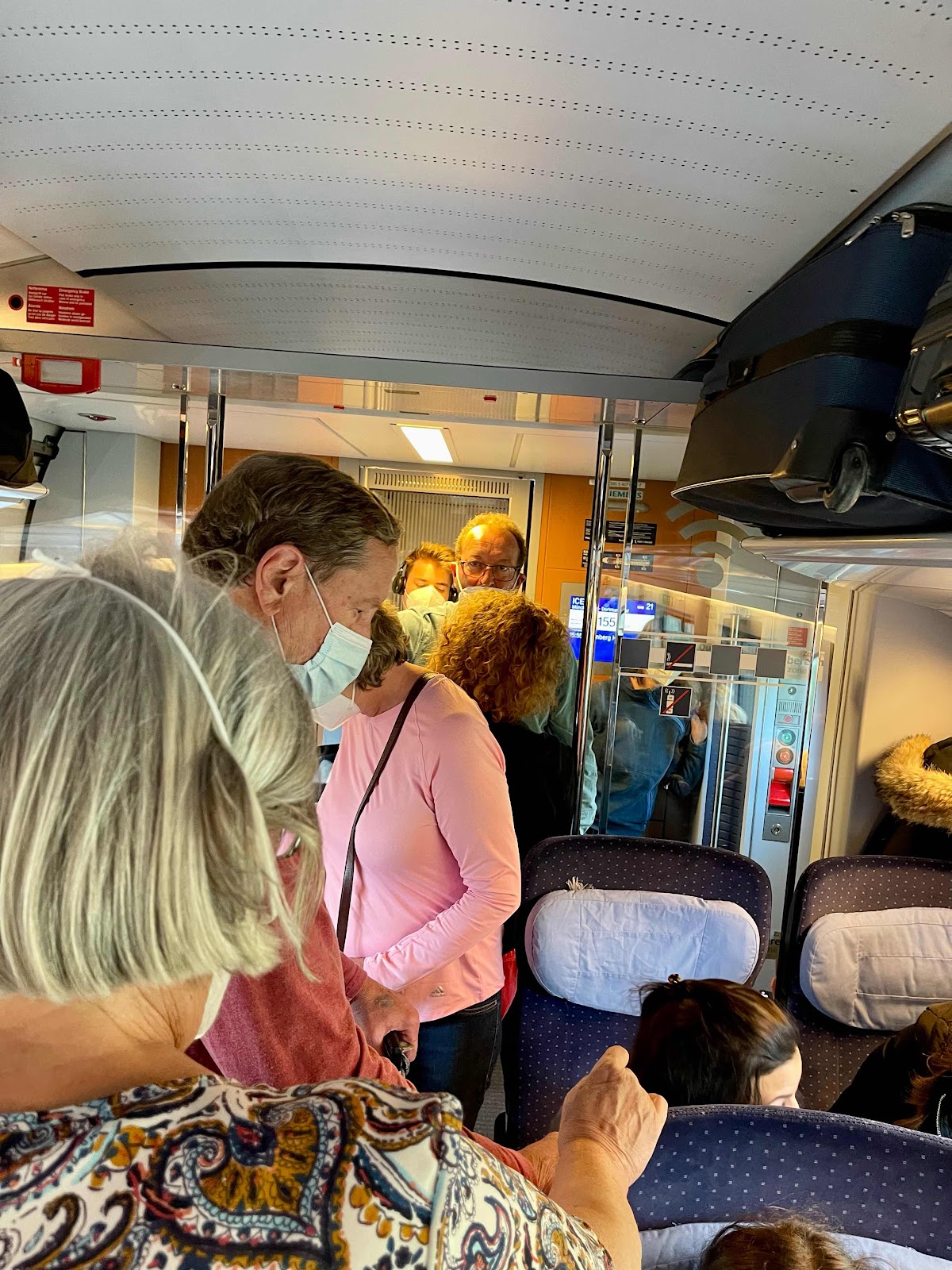 We did interact with a lot of nice young Germans, no fewer than four of whom offered us their seats. Are they that nice or did we look that decrepit? We’d prefer the former.
In any case, we eventually found the right car and the right seats and are on our way to Frankfurt and then Mainz. 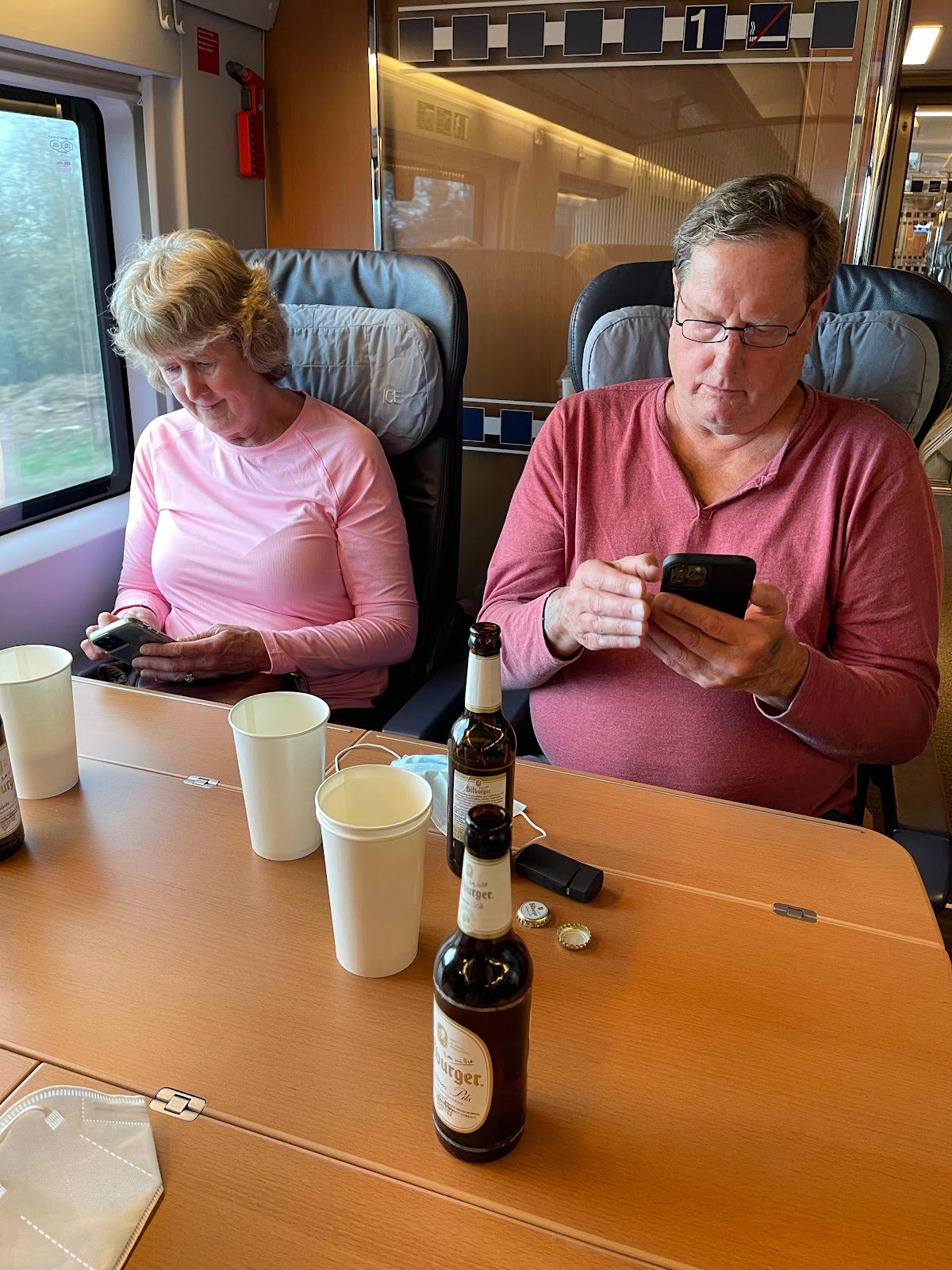 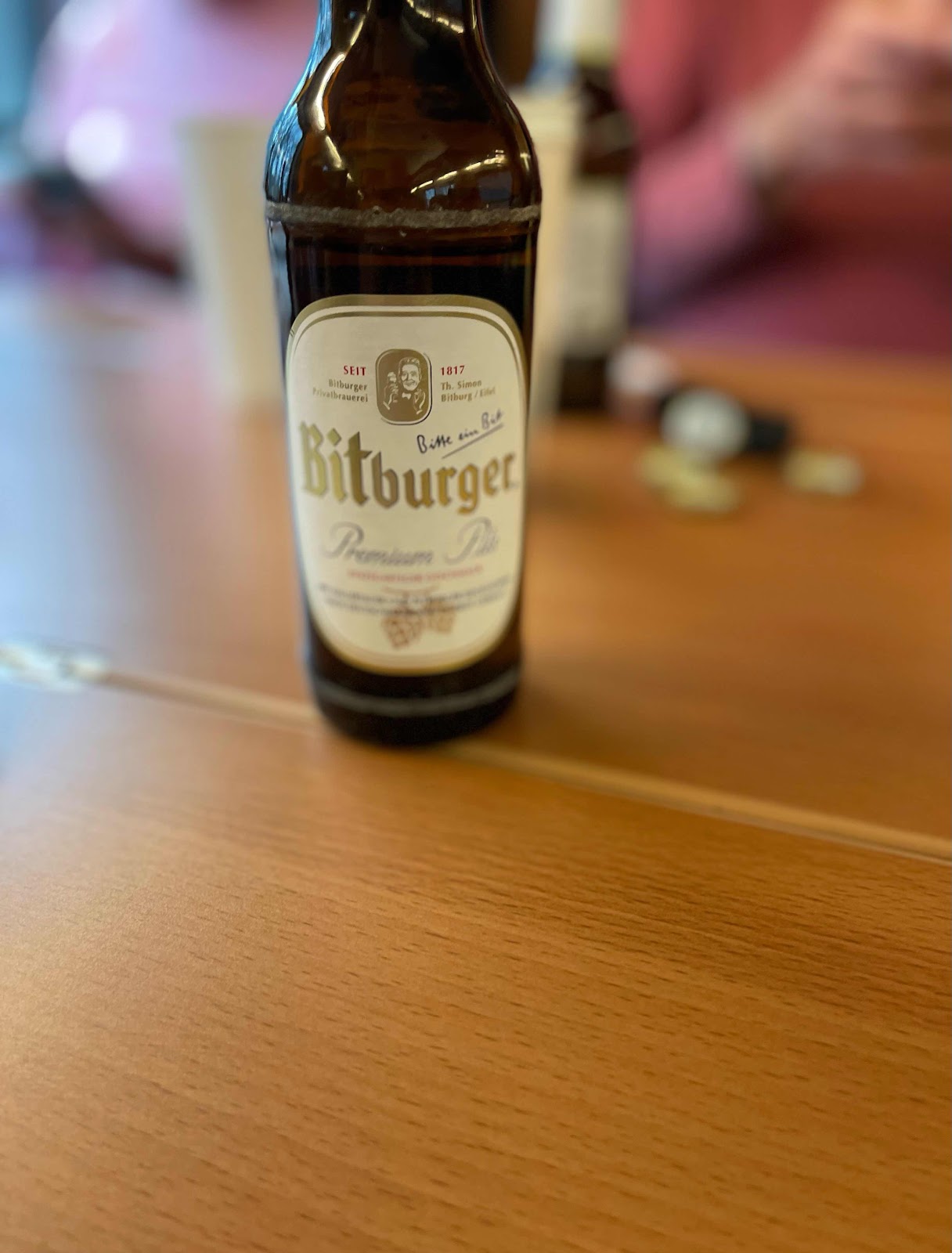