We really enjoyed our first visit here in September 2010 and we're happy to be back.

Last night's production of The Magic Flute across the square at the Slovak National Theatre was terrific, and we have two more nights of opera to look forward to.

The Sheraton sits in one part of a new area that also includes a very large shopping mall and the Slovak National Theatre, along with the actual riverfront. We observed that new restaurants have opened next to the river since our first visit.

We wandered around for awhile yesterday afternoon. Today we'll move over to the Hilton Doubletree for one night to try them out, before returning to the Sheraton tomorrow.

The modern facade of the Slovak National Theatre is impressive. 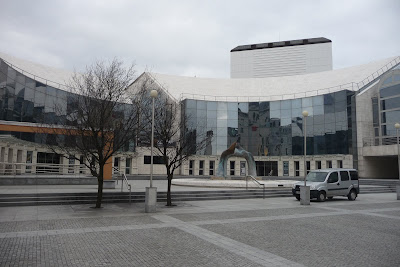 A view of the Sheraton from the steps of the theatre... 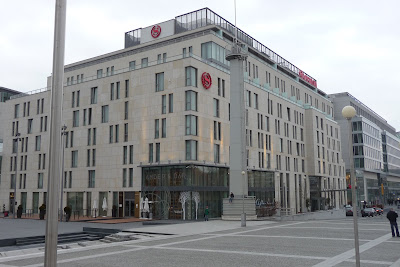 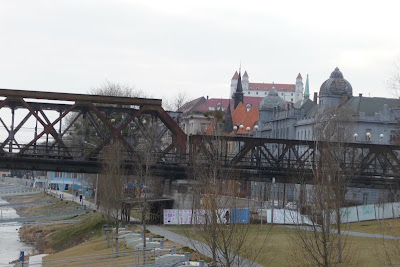 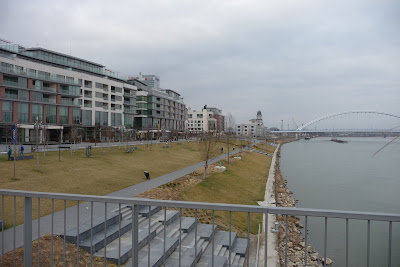 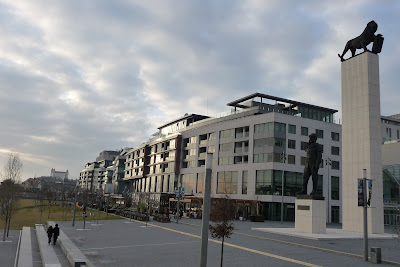 During World War I, he was General of the French Army, at the same time the Czechoslovak Minister of War, one of the leading members of the Czechoslovak National Council (i.e. resistance government), and he contributed decisively to the cause of Czechoslovak sovereignty.

He died in a mysterious plane crash in 1919 on his way back to Bratislava to visit his family. Reading the entire article helps us to understand why this large statue of an aviator is standing here. 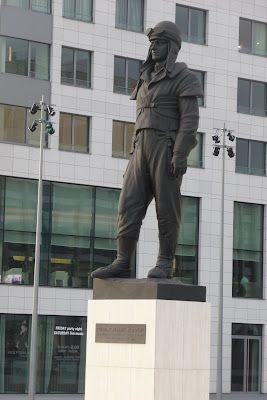