It's another glorious day here and we took advantage of it by taking the #78 bus to Devin Castle (hrad Devín or Devínsky hrad).

We'd spotted it and taken a photo in September 2010 as we traveled down the Danube by hydrofoil, and this was a perfect day to get a closer look.

The castle itself is a national symbol. Saints Cyril and Methodius landed here in 863 AD as they began their missionary work. The castle was a major seat of the Greater Moravian Empire, the last time Slovakia was a major regional power. Its history stretches through the centuries all the way up to 1809, when Napoleon ordered it destroyed as part of military neutralization of the region.

This is all hard to imagine as we hop off the bus, probably one or two stops early, but finding it a lovely day to walk through a residential neighborhood in this village up the hill to the castle. 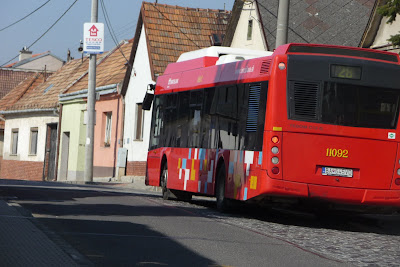 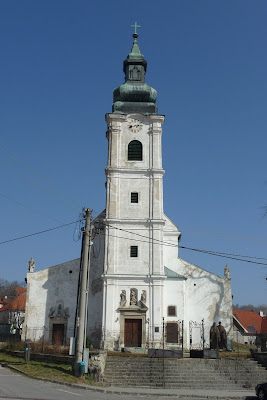 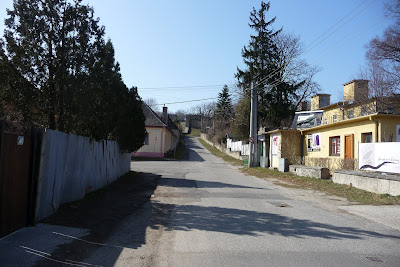 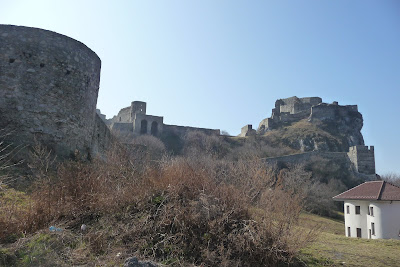 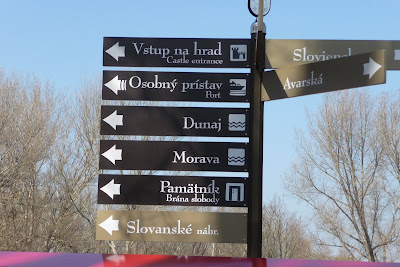 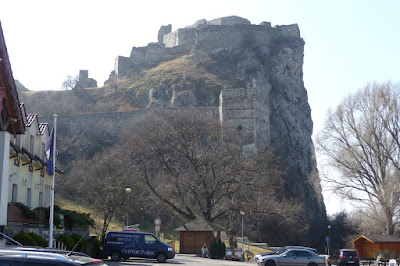 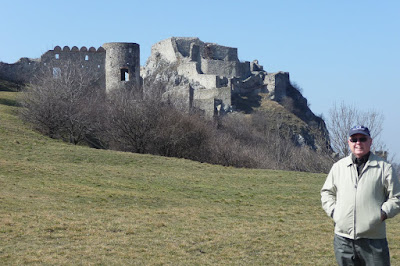 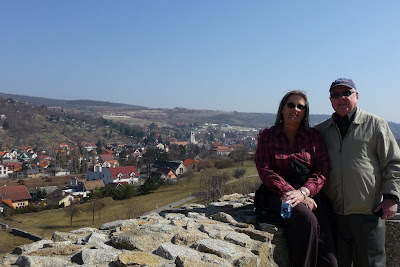 Lying below is the confluence of the Danube and Morava Rivers... 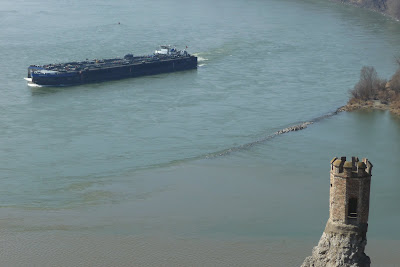 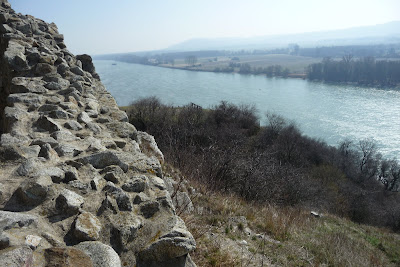 There's quite a bit of real estate on top and we enjoy wandering around. 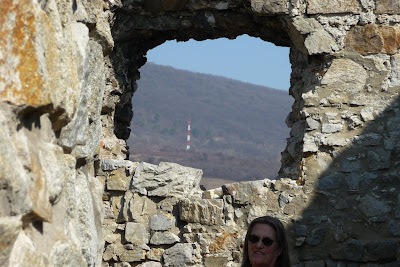 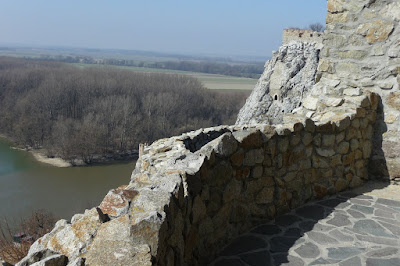 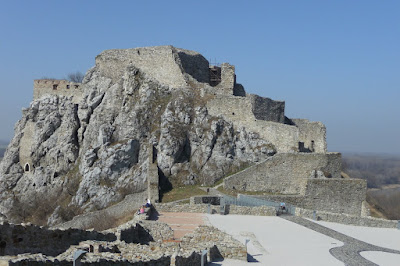 The article we linked to above warns visitors that in the afternoon "By now the crowds inside the castle and grounds are at their peak, so it’s a good time to be elsewhere."

The castle and grounds were virtually deserted, another reminder of why we love to travel in off-season. 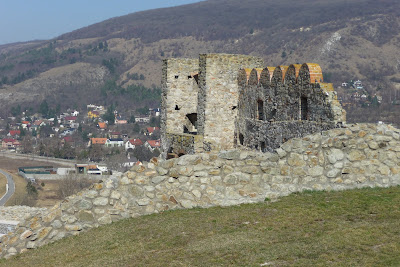 Archeological excavations are visible around the property, although renovation work on the south part of the castle has ceased due to lack of funds, according to a sign. 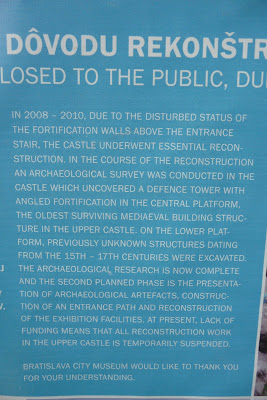 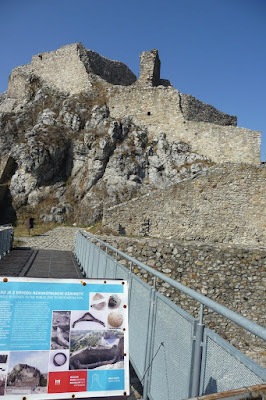 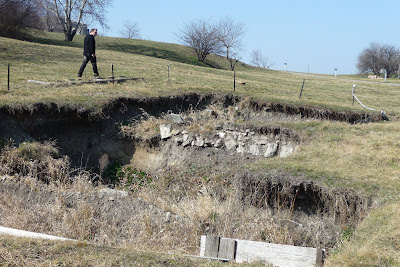 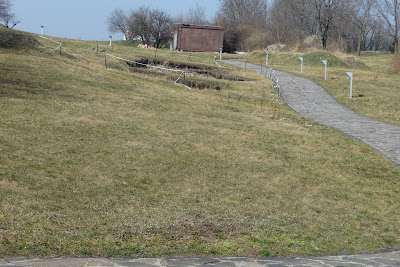 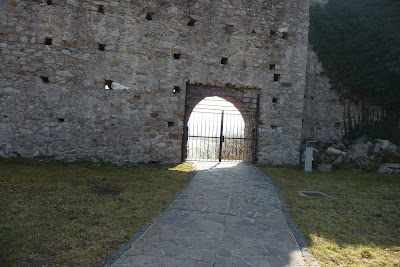