We made good use of the last hour of our 72-hour Budapest transit pass by traveling from the Hilton WestEnd to the railway station in about 30 minutes.

As we boarded the train, an employee told us that not having reserved seats could be a problem. He escorted us to a second-class car and tried to take Brian's roll-aboard. When Brian said "No thank you" he disappeared and we had no problem finding empty seats in the six-seat compartment. Brian suspects the fellow was looking for a tip but Kathy has a kinder view of human nature.

The trip itself was quite pleasant, although the scenery consisted largely of flat farm land, punctuated with not-too-attractive villages. At our fourth stop, just about the halfway point in time, the Hungarian crew got off and a Slovakian crew got on. 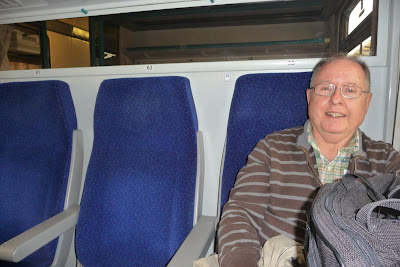 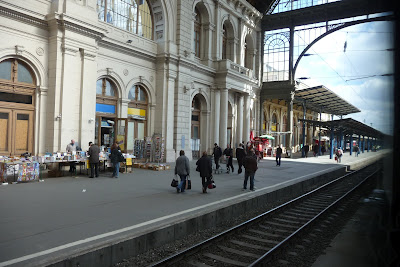 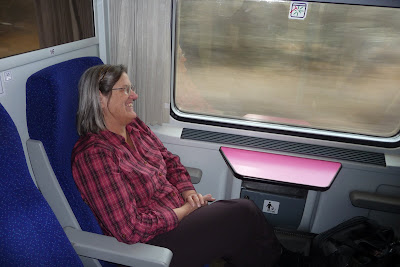 at 2:10 p.m. we arrived punctually in Bratislava and took a look around the train station. 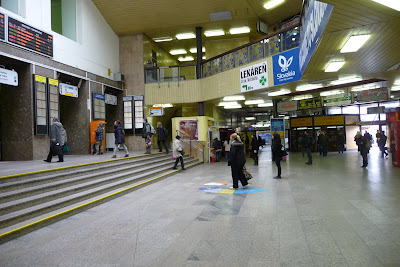 Brian managed to exchange our remaining Hungarian forints into Euros at a surprisingly fair rate, but it was trickier finding a taxi. The first driver quoted us 18 Euros to drive to the hotel, and we declined politely and decided to look at bus options. Another driver started after us immediately and offered to drive us for 10. We took him up on that (it's probably still much more than a local would pay) and we were pulling up the hotel in less than 10 minutes.

Note to Slovakian tourist officials: That kind of behavior may make some short-term profits for your taxi drivers, but word of taxi rip-offs is readily available on the Internet and represents a long-term negative for the tourist industry.

All that was forgotten though as a charming young woman welcomed us warmly to the Sheraton Bratislava and checked us in, giving us the pleasant news that we've been upgraded to a junior suite. 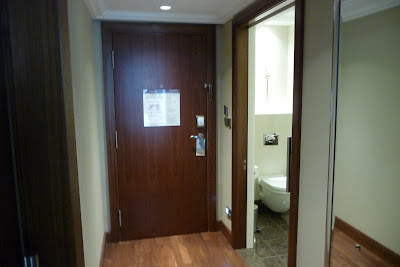 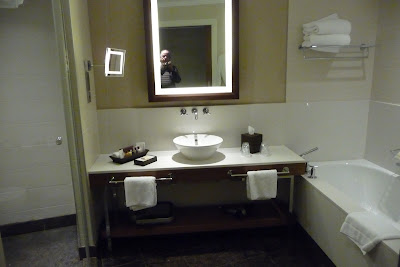 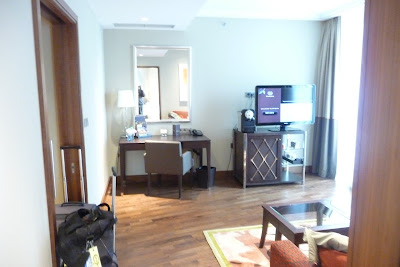 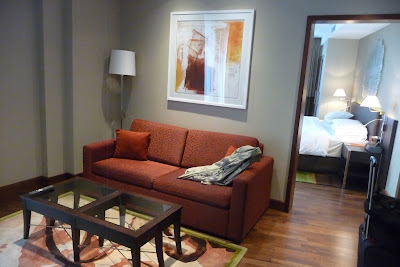 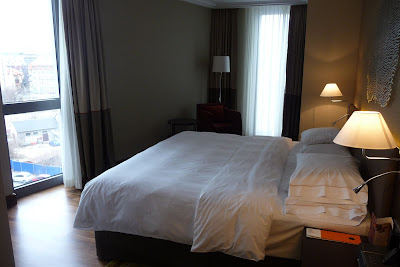 Martin has already welcome us to the Lounge and now we're off for a walk before getting ready to attend the Magic Flute, just across the square at the Slovak National Theater.
Posted by Kathy and Brian at 8:06 AM