This afternoon we strolled the length of the Danube's Margit-sziget, or Margaret Island, named after Saint Margaret of Hungary, whose gravesite sits amidst the 13th century ruins of a Franciscan church and a Dominican church and convent.

The island was originally three islands, sitting in the middle of the Danube River, and connected together into one at the end of the 19th century, for the purpose of controlling the flow of the Danube.

It's a little early for true Spring, but it was a very pleasant day for a walk. We got off a tram at the bridge at one end of the island, and boarded a tram at the other end once we'd walked its 1 1/2 mile length. 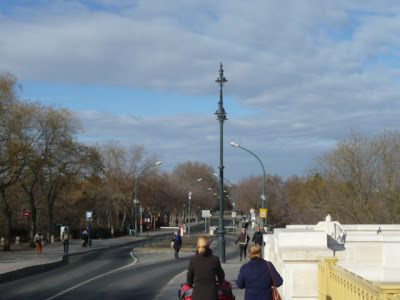 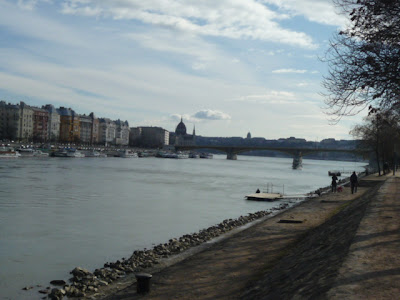 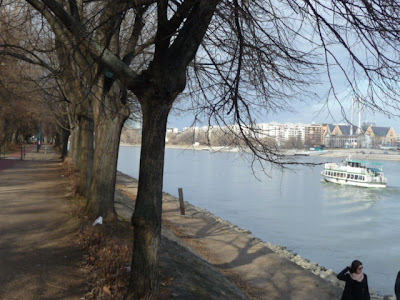 We stopped for a moment at the tiny "zoo" and spotted some interesting looking birds - storks? 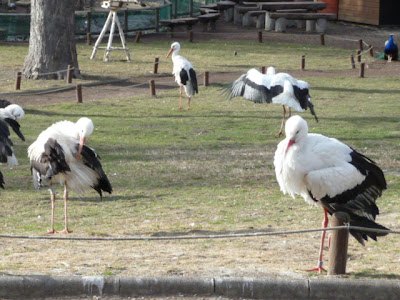 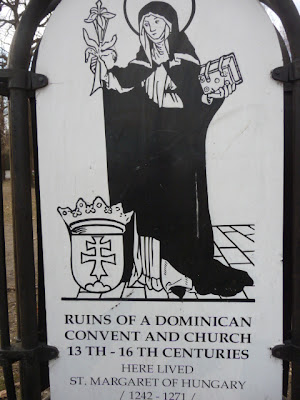 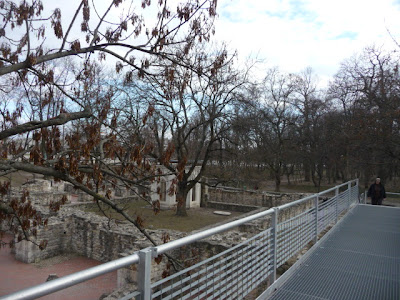 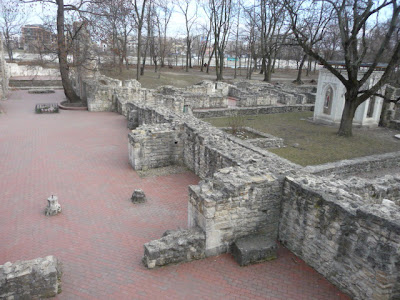 What was this? We found out this bizarre but strangely impressive structure is a water tower built in the early 20th century, with an open-air summer theater now located immediately next to it. 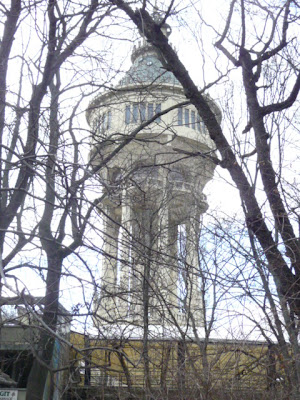 Béla Bartók, the Hungarian musician who was one of the most influential composers of the 20th century, fled Hungary during WW II due to his strong anti-Nazi views and died in exile in California. It's nice to see that he is still honored here. Time does heal wounds. 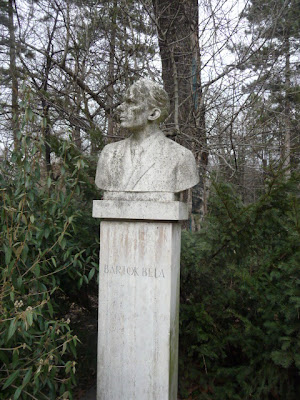 Right after that we stopped at a little church with an interesting history. 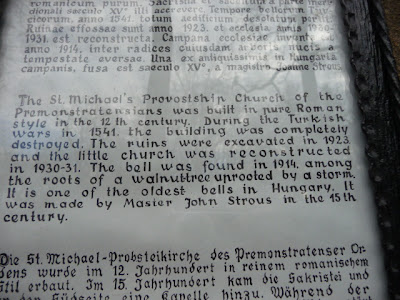 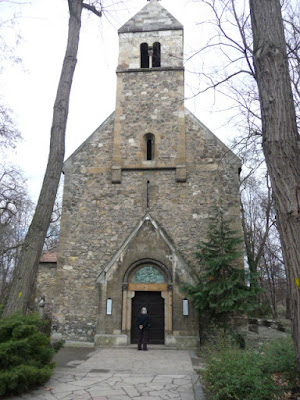 And then it was time to wend up our way up to the bridge that spans the Danube at the other end of the island and to find our way back to the Hilton. The frequent trams and subways make that fairly easy. Even if you hop on one going the wrong way, there's little delay hopping off and hopping on the next one going in the opposite direction. Trust us - we know. 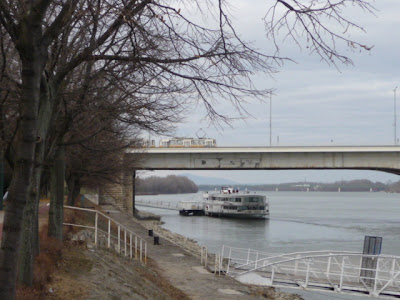 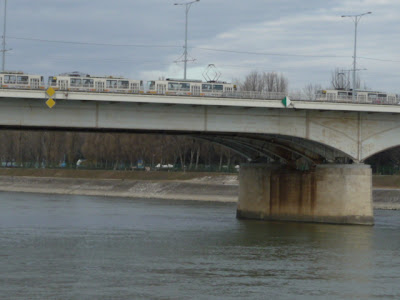 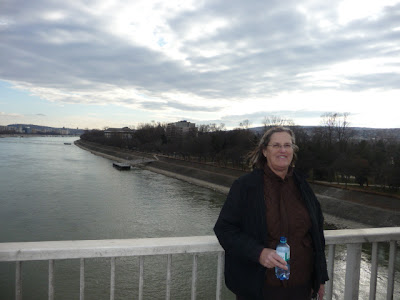 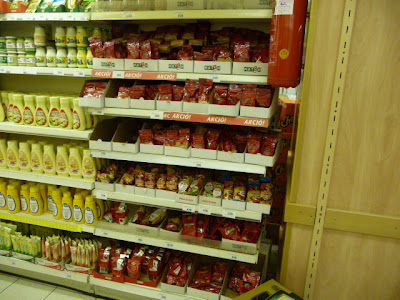 Kathy asked a nice young woman shopping nearby which were her favorites, and we now have two small bags to declare when we return home. Brian's already looking forward to Kathy's version of paprikás csirke and Hungarian gulyás.
Posted by Kathy and Brian at 10:05 AM