Hilton Budapest: A Room With A View

Today's Hilton-Hopping went well. We're here after two stops on the Metro and a transfer to Bus 16 for the ride across the river and up the hill to the castle.

The front desk employee immediately sent us up to the third-floor Executive Lounge to check in. While we were waiting, we enjoyed the view of some old walls with the Danube River in the background. 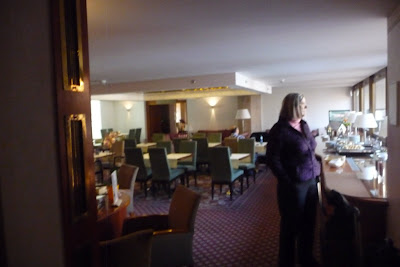 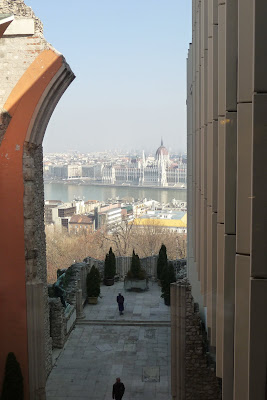 The friendly young concierge told us we'd been upgraded to a Danube-view room and so it is. 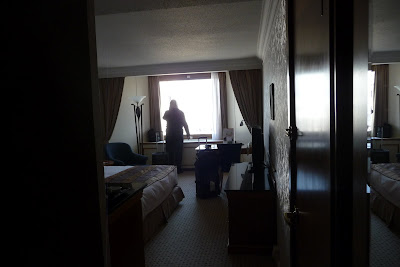 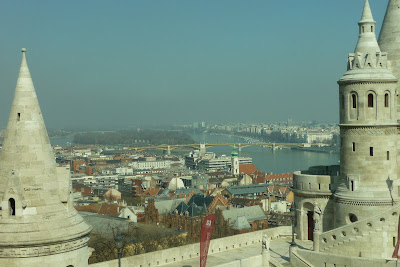 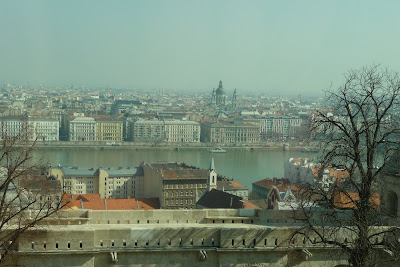 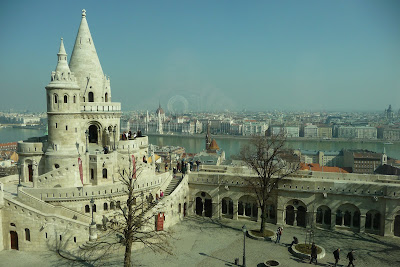 Our view of the Fishermen's Bastion and the river beyond also includes tourists acting like tourists. 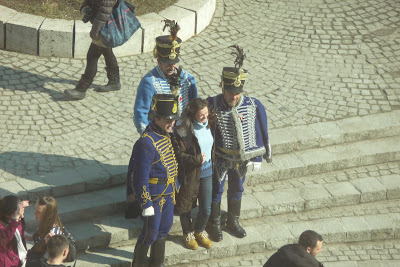 The room itself is very attractive as well. 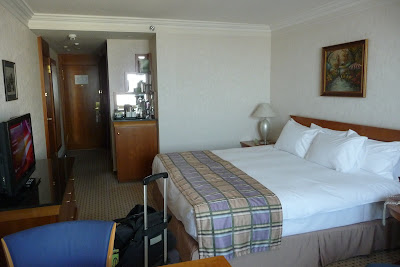 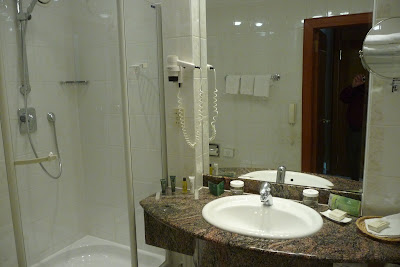 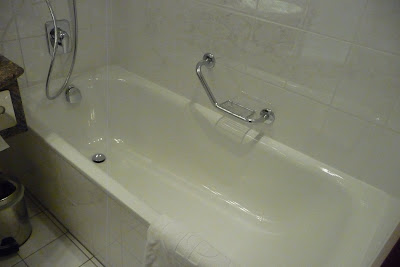 We stepped outside for a short stroll to look at the Fisherman's Bastion and Matthias Church, first stopping to watch this fellow play a tekor, or Hungarian Hurdy Gurdy, while being professionally videotaped (see that mike sticking out below?). 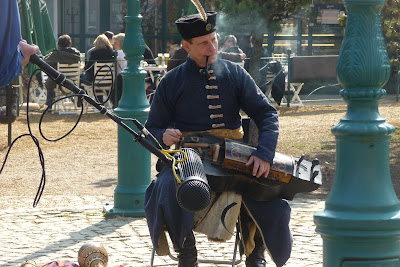 From a distance,it sounded a little like bagpipes to us and we wondered why a Scotsman would be performing here. You can listen here to decide if you also hear the sound of the pipes. 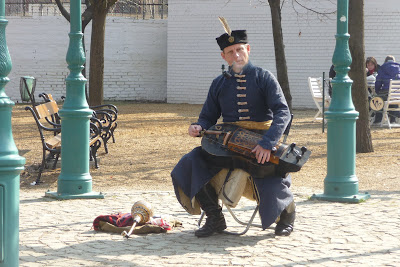 We then walked around Halászbásty, or Fishermen's Bastion. The seven tent-like turrets symbolize the seven Hungarian tribes that arrived to the Carpathian Basin in 896. The bastion itself is about a hundred years old and commemorates the fishermen who originally protected this area, while also selling fish nearby.

The majolica roof of the Matthias Church glistens in the sun. Mátyás Corvinus, King Matthias, the still-revered last Hungarian king, looks on from his horse. 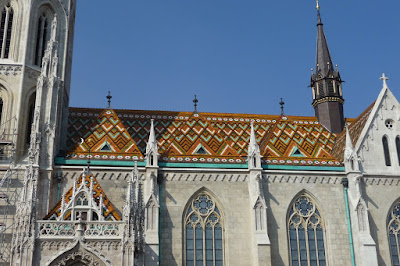 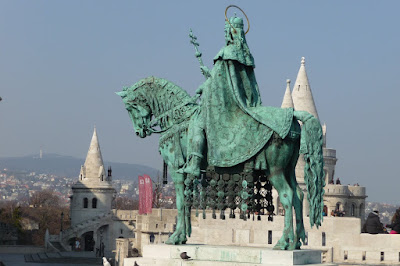 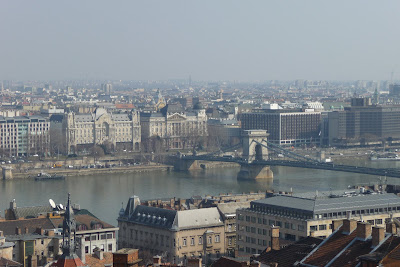 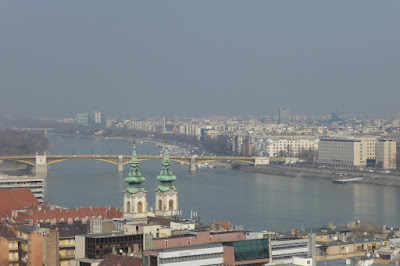 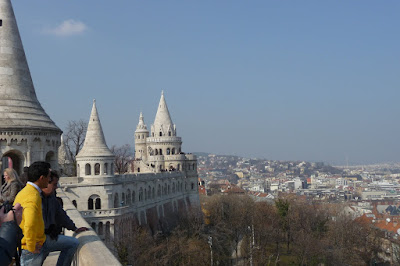 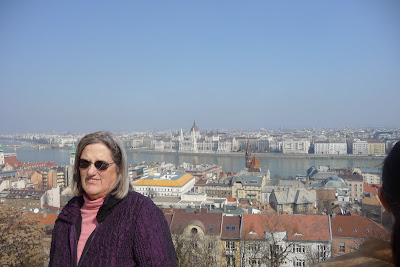