We arrived in Vienna and checked in at the correct Hilton on our second try, Kathy having switched reservations as prices fluctuated.

Fortunately, we bought a 48-hour transit pass as soon as we exited the Bratislava-Vienna train so we can ride back and forth as much as want until Monday afternoon. 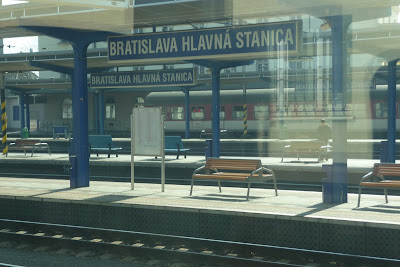 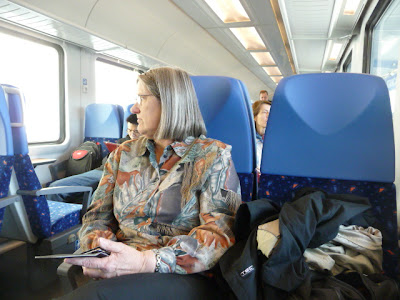 Vienna has more than its share of the most magnificent buildings in the world. 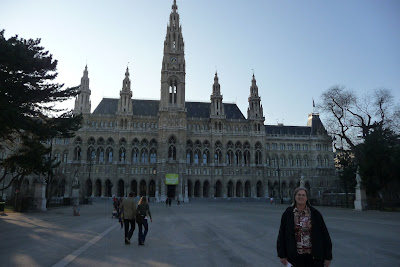 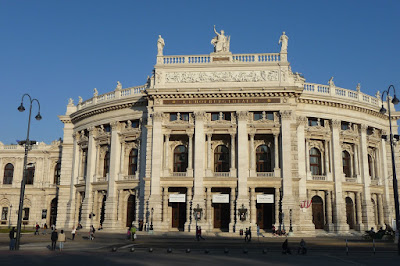 Here's Kathy sitting on the same steps at the University of Vienna as she used to sit on back in 1967-68 while doing some last-minute cramming for exams. 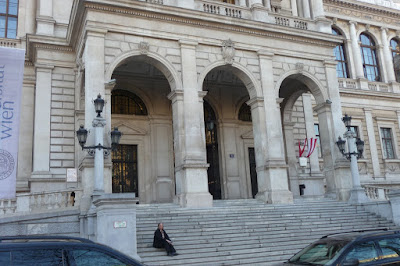 Thoughts of ancient homework aside, before we knew it, we were on our way out to Grinzing, the famous wine district on the outskirts of Vienna. 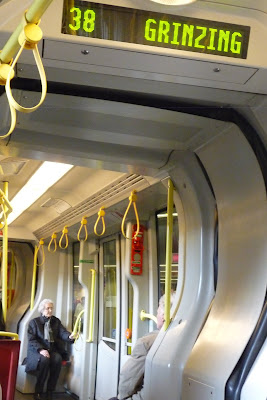 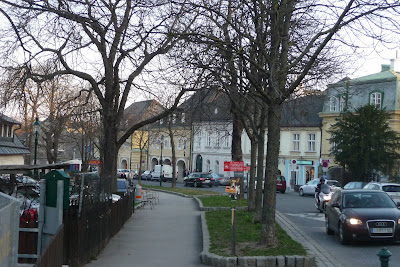 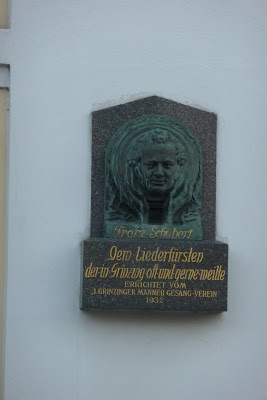 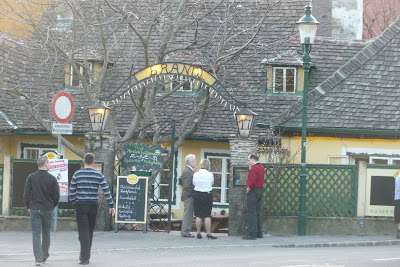 It must still be a good neighborhood. As poor as their country is, the Namibians are building a new embassy (or embassy residence) here. 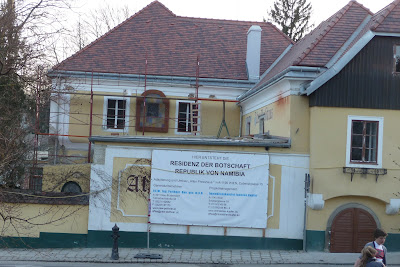 We checked out the heurigers that were open. When we saw one swallow up a busload of Asian tourists, we headed in the other direction, eventually finding a place that provided a gemütlich evening. 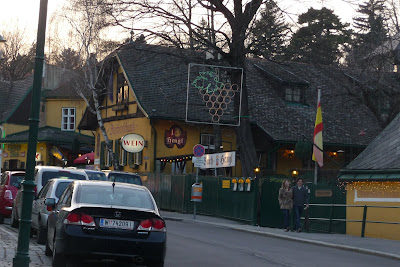 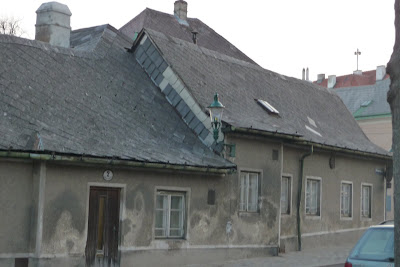 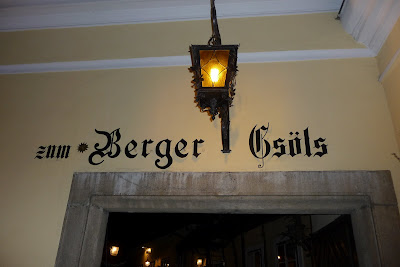 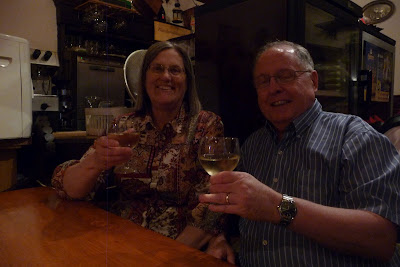 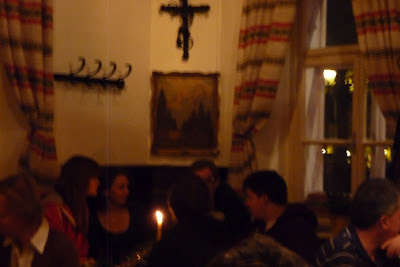 No surprise - we ordered Weiner Schnitzel with a side of kraut. 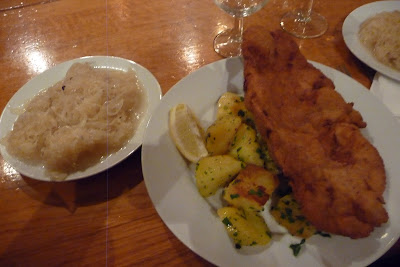 A violinist and an accordionist circulated among a few locations. Twice while we were there, Viennese diners contributed their own singing. Here's a small example...


Yes, Grinzing is touristy and there are other places to go (Nussdorf is one promising alternative), but we still enjoyed a great evening here.