A Rainy Arrival In Vienna

Our short flight from ZRH to VIE was just fine. It never ceases to amaze us when an airline manages to serve a tasty sandwich and offer a beverage service on a one-hour flight, but that's because we're used to US domestic carriers. The Swiss Air sandwich was better than anything we ate yesterday on UA. Harrumph!

After landing, we decided to take the cheapest rapid-transit into Vienna, which involves a ride on the S-Bahn (rather than the relatively new and expensive CAT airport train), followed by a transfer to a U-Bahn.

We got a little confused about the location of our Hilton but managed to get off at the right stop, even though we suspected it was the wrong stop. We're now all checked in at the Hilton Vienna Plaza, with a lovely room that's actually a large junior suite right next door to the Executive Lounge. 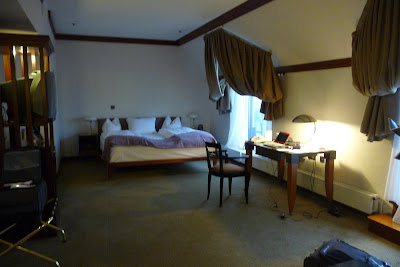 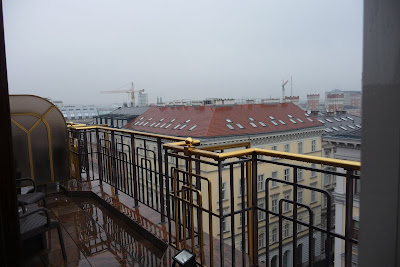 We've seldom seen a bigger bathtub than this beauty. 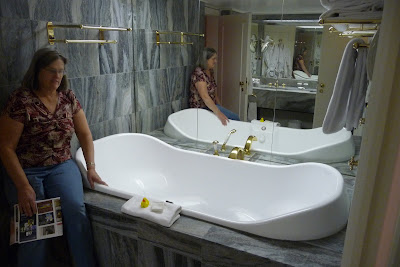 No, Not at all a bad place to rest up after flying about 6500 miles on four flights SEA-ORD-EWR-ZRH-VIE.
Posted by Kathy and Brian at 8:03 AM