When Getting Lost is Half The Fun

Let's at least say that getting a little lost isn't all that bad when the sun is shining.

We left the Vienna Hilton Plaza at about 11:00 a.m., got mixed up, walking first one way and then the other, taking a strassenbahn (street car) in the wrong direction, finally heading to the correct train station.

When we arrived and headed to the ticket counter, we learned that the next train to Budapest was leaving in nine minutes at about 12:10 p.m., the very train we'd thought we'd never make.

It was a Railjet high-speed train that cost us a stiff 36 Euros each (European trains aren't necessarily all that cheap) and we found our way to second-class forward-facing seats without a problem.

It was a smooth and speedy ride in a very modern car. At one point the speed on the monitor was showing as 160 kph (about 95 mph). The only diversion on the train was caused by a very loud Hungarian couple a few seats ahead of us, probably drunk, who spent much of the trip chatting (arguing?) at full volume. At one point after we passed into Hungary, three train employees engaged them in a loud argument, highlighted by a scuffle between one of the employees and the male passenger. After all that, we expected them to be thrown off the train but they rode merrily along all the way into the central Budapest train station. 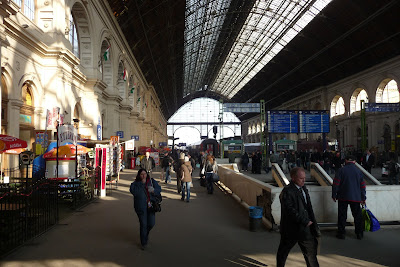 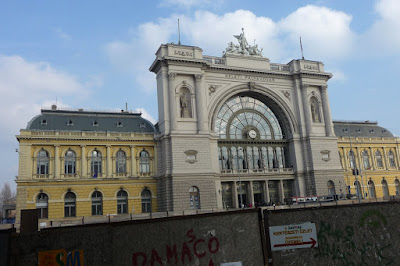 We managed to find an ATM to pick up some Hungarian forints before heading to the metro, which happens to be around the corner in the other direction from the ATM.

We bought single tickets from a friendly cashier and then found our way on the red line for a few stops before transferring to the blue line.

We emerged hopefully from the subway to find a major intersection but no Hilton. After a couple of forays first up one street and then another, Kathy found a friendly English-speaking clerk in a store who pointed us in the right direction.

Back down underground and out another exit to walk down the other side of the street we'd first tried for an additional five minutes and there we were at the Hilton Budapest WestEnd. Yes, after professional careers that included more than a few pests, we now find ourselves staying in Pest.

And we like this Pest welcome, that includes a suite, a bottle of Hungarian champagne, and some beautiful pastries, that are giving us a good start on our first afternoon in Budapest in 30 years. 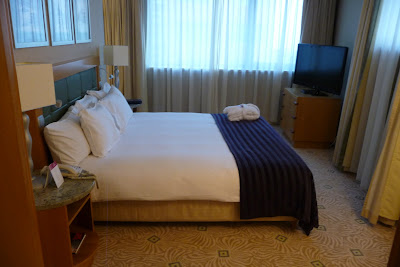 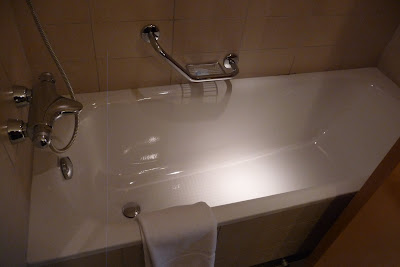 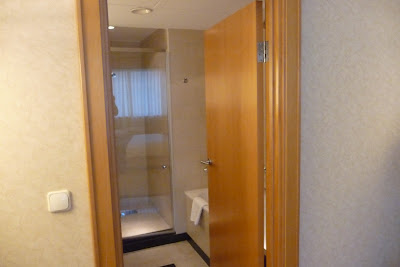 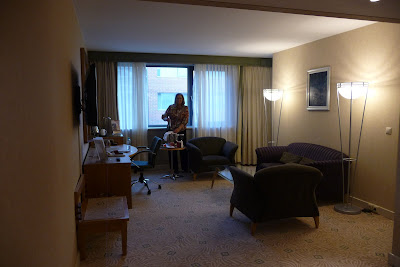 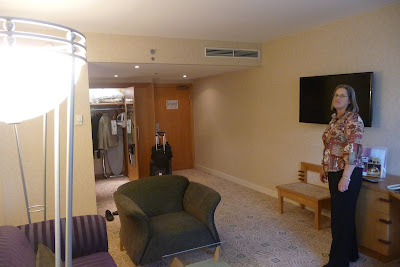 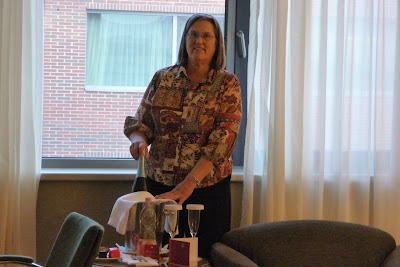 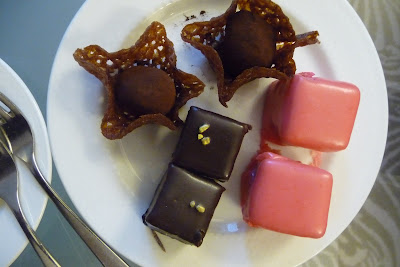