After a distinctly disappointing stop at the SA Baobab Lounge at JNB, somehow we weren't surprised to see a chaotic boarding situation at the gate. We were eventually directed into the line for "Business Class," but there were no signs.

We were the last ones on a bus - yes, this was from a remote gate for the national airline at its home airport to board an A-340 holding over 300 passengers.

Once aboard, however, the service was terrific. We had middle seats next to each other and each of "our" flight attendants called us by name throughout the flight and treated us very well.

We both slept at least decently, with Brian crashing soon after dinner (the trick is to pick a crummy movie to watch) and having one of his best sleeps ever on a plane. He shouted around 5:00 a.m., awakened Kathy and startled the innocent flight attendant who gently said "Good morning" as the breakfast call Brian had opted for last night.

Some hard bumps in the middle of the flight and one seat belt warning from the flight deck but overall SA like most other airlines is far more relaxed about the seat belt sign than are U.S. airlines. This also makes using the lavatory much less stressful - passengers are free to use it until about the final 15-20 minutes before landing.

We landed only a few minutes late, transited from Terminal 1 to 3 in about 30 minutes, and went through security with no problems.

We had learned on Flyertalk that the Singapore Lounge here is great and uncrowded. By golly, a nice attendant let us in with our Business Class tickets. It's deserted and we started off with long and luxurious showers.

After coffee, we'll have some breakfast and then ready ourselves to board AC for our flight to YVR.

This is a nice way to travel but it's still a long way to go, starting in Victoria Falls. 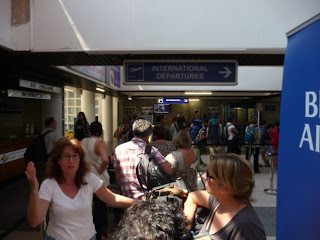 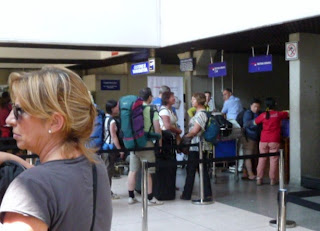 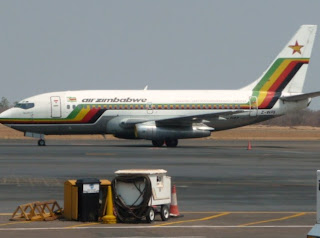 Not very often do we see Air Zimbabwe on the tarmac. Boarding at VFA was actually less chaotic than boarding at JNB. 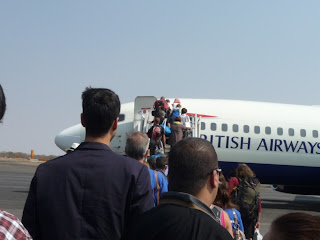 And now the blissful sanctuary of a very quiet Singapore Lounge, just around the corner and a little father on than the SAS Lounge suggested for Star Alliance travelers - what a find! 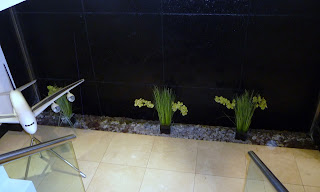 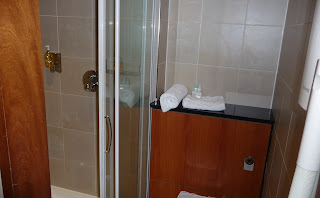 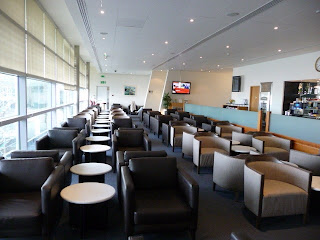 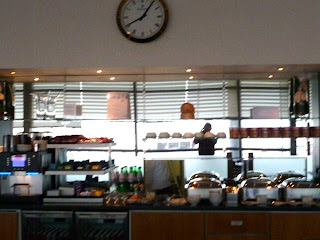 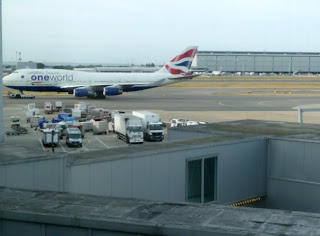 Next stop YVR about noon Sunday.