After a leisurely breakfast in the lounge, and a 4:00 p.m. checkout granted by the Sheraton Towers due to our current Platinum status, we decided to make a couple of separate forays into the city on this, our last full day in Singapore.

We got off to an early start, in time to get in the midst of a polite crush on one of our MRT rides, as we headed for the Singapore Botanic Gardens, originally founded by Sir Stamford Raffles himself.

It's big and it's beautifully tended. One bit of trivia: we saw more Caucasian people here - jogging, walking dogs, meeting for exercise groups - than we've seen in such groups anywhere else. We did see people of other ethnic groups jogging, walking dogs, and exercising in groups as well, but it struck us that this is probably one of the few places in this crowded city where there is actually room to engage in such activities.

We strolled for a little over an hour, and that was enough to have us dripping with perspiration. We snapped photos of this and that, mainly flowers, a group of (Caucasian) women trying to get a back pack back from a naughty monkey that just stole it (they succeeded by throwing exercise mats and blankets in its direction), trees, and oddly enough, a house cat. What a cat is doing within this fenced complex is beyond us. One wouldn't think the Singapore authorities would allow stray cats or naughty monkeys to disturb the ambiance of this garden, but take it from us. 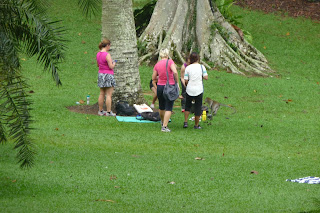 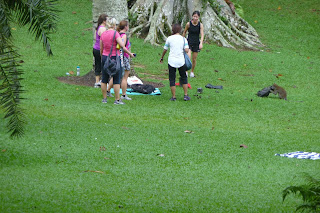 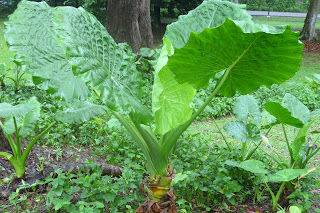 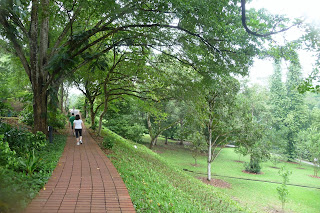 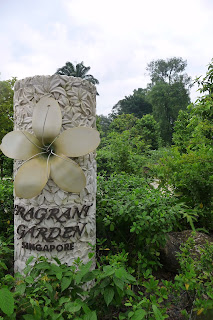 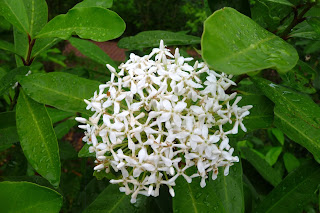 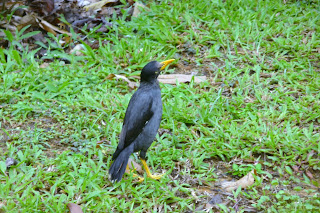 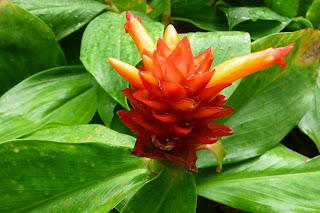 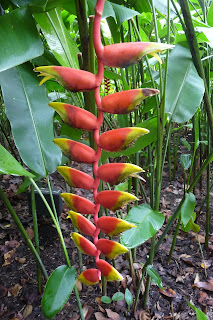 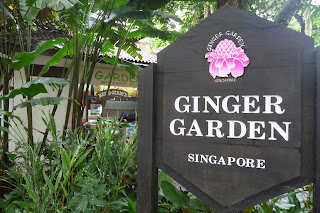 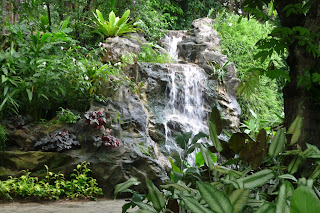 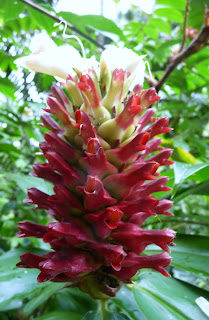 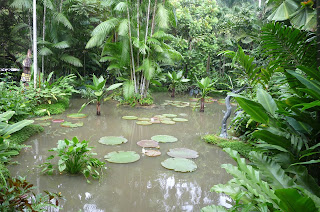 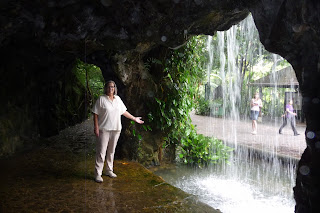 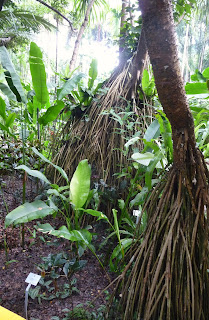 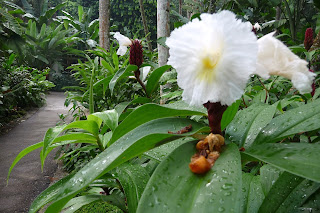 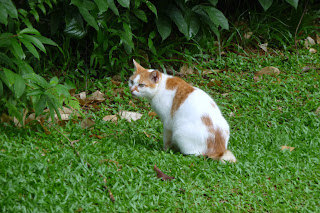 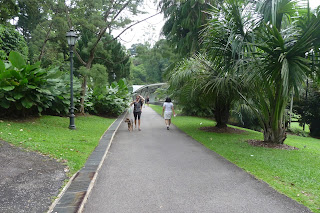 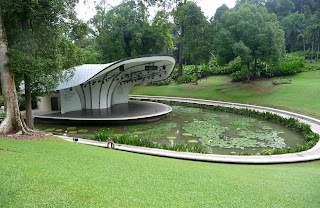 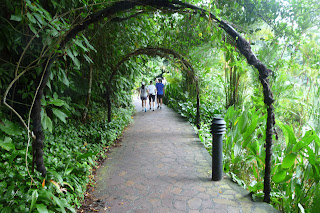 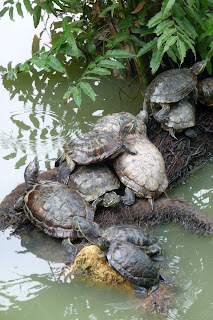 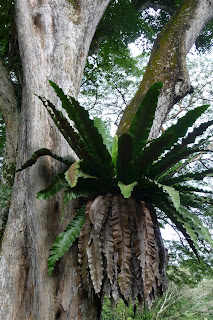 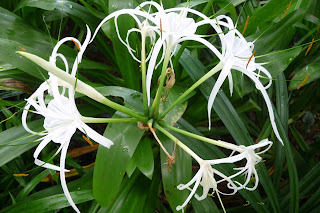 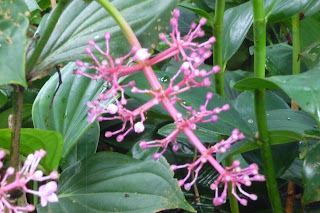